April Fools' Day is normally a benign holiday, a time when 8-year-olds think they're funny and corporations pretend to have personalities. But there's something electrifying about the day. Maybe it's the sense that pranks can actually go horribly wrong. Chaos is within reach.

This selection of stupid April Fools' pranks that went disastrously awry isn't comprehensive. But it does show that there's a thin line between kooky prank and life-altering mistake.

1) In 1986, an Israeli intelligence agent pulled a prank that caused an uproar in the Middle East 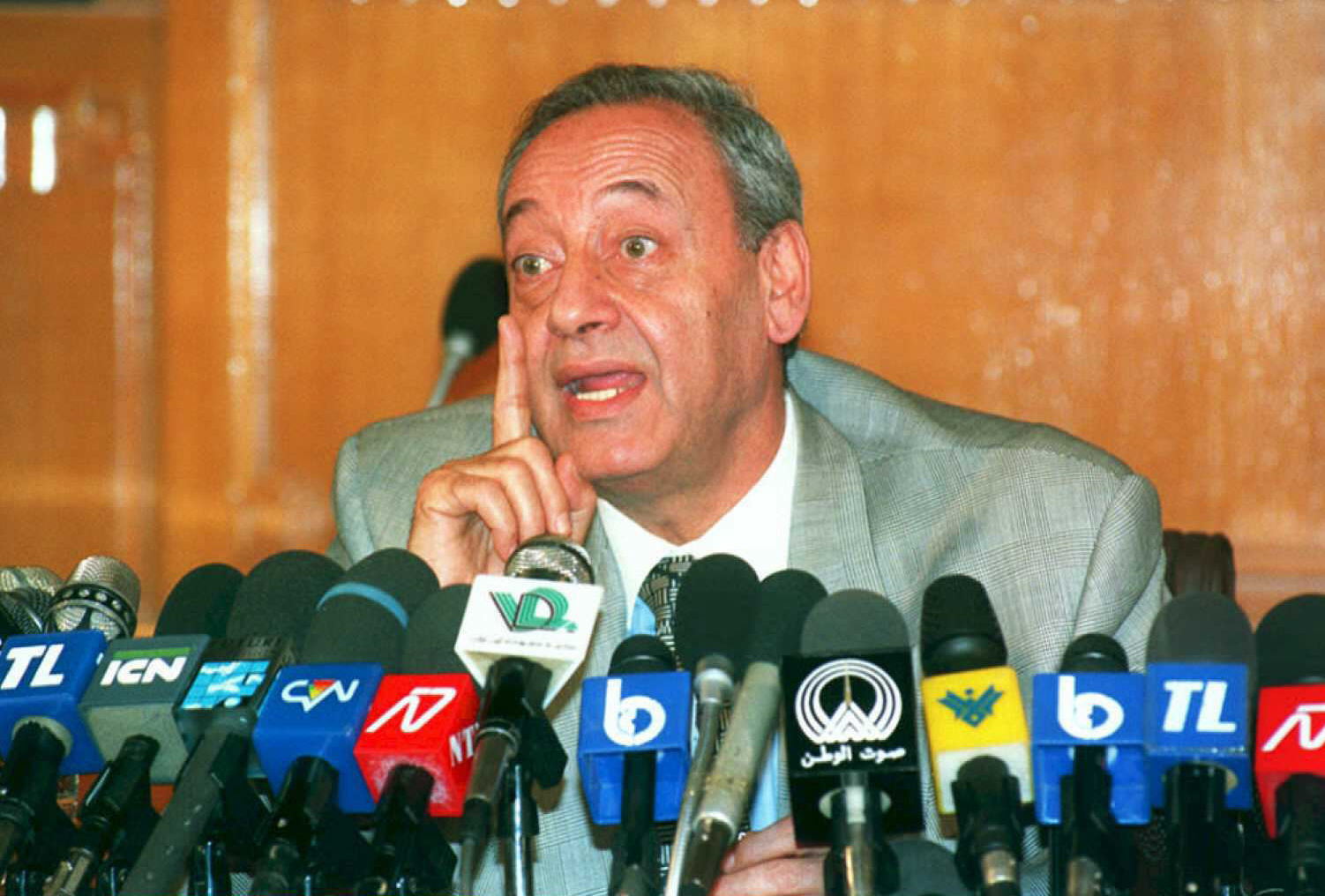 Nabih Berri in 1995, almost a decade after his "assassination." (Ramzi Haidar/Getty Images)

Pranks should spark laughter. They shouldn't flare tensions in the Middle East. At least in theory.

As the Los Angeles Times reported, on April 1, 1986, Israel's state-run radio reported that Lebanese Muslim leader Nabih Berri had been killed. The hoax was planted by an Israeli intelligence officer who then watched it spread to state-run radio and even to then–Defense Minister Yitzhak Rabin. As a joke, it wasn't much. But as a hoax, it had legs ... and consequences.

The announcement was broadcast on Lebanese radio stations as well as Israeli ones, which forced a quick retraction and apologies from all sides. The intelligence officer, meanwhile, was threatened with a court-martial (he remains anonymous today). Even after the apologies, spokespeople for Berri condemned the prank and Israel.

2) In 1998, Opie and Anthony claimed Boston's mayor was dead. They were fired. 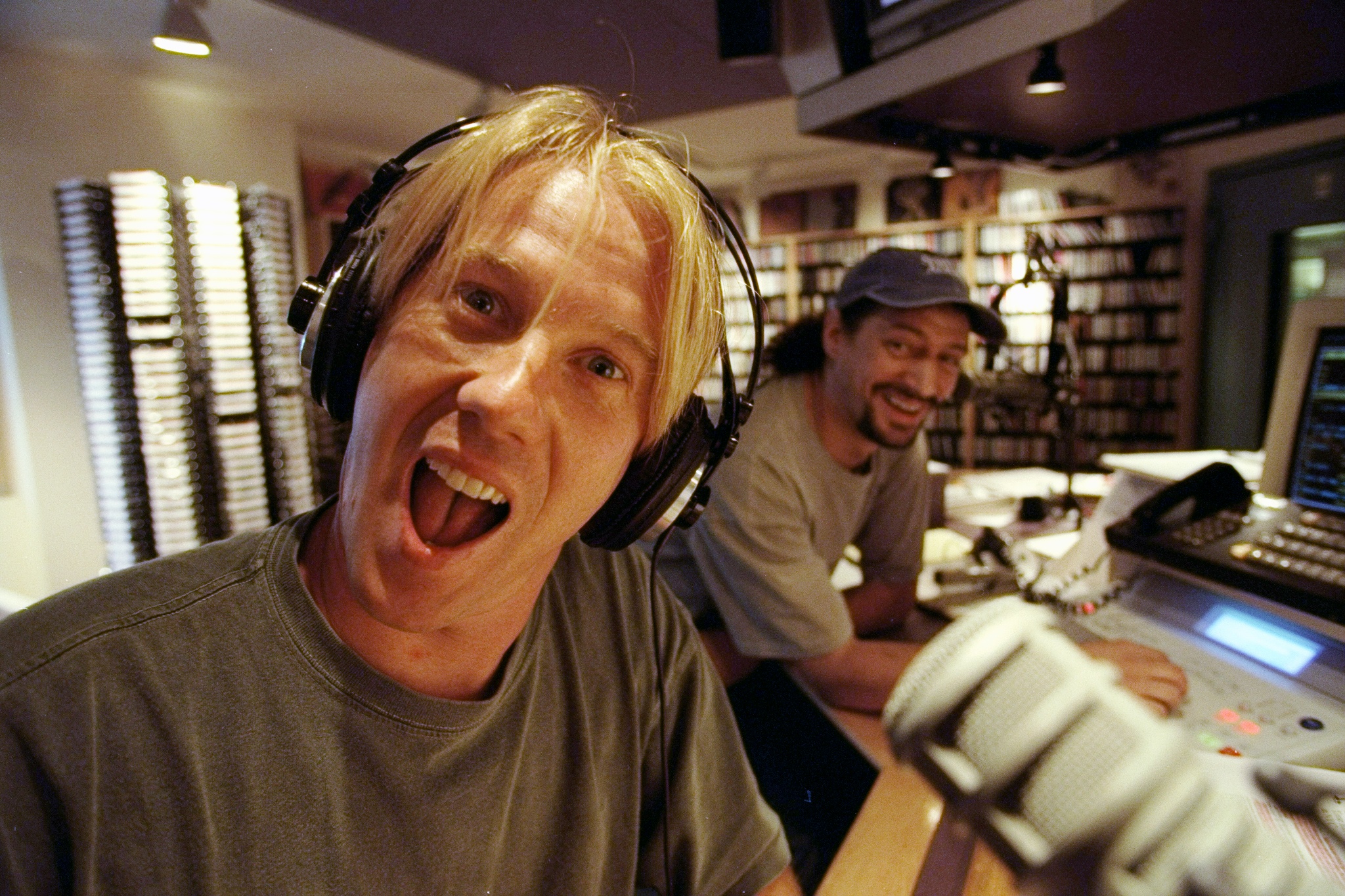 Spoiler: This wacky photo was taken in 2000, so Opie and Anthony did survive the scandal. (New York Daily News Archive/Contributor/Getty Images)

Shock jocks love pranks almost as much as they love wacky sound effects. But one prank made a mayor so mad that two DJs were fired.

On April 1, 1998, Greg "Opie" Hughes and Anthony Cumia claimed that Boston Mayor Thomas Menino had been killed in a head-on collision. Over the course of the show, they stretched out the "reports" in a nonchalant manner, mingling them with call-in segments and other (presumably real) news. The style was to undersell the story, and at one point the duo even noted, "When a big story like this breaks, a lot of weird facts come in."

Boston magazine provides the best recap of the scandal and its aftermath. Because the mayor was on a plane when the rumors began, many Bostonians believed the news was true until Menino got off the plane and, as he put it, "found out I was dead." Menino wrote the Federal Communications Commission asking them to fine the radio station, and though the station tried to apologize, Menino didn't accept it. The general manager and program director were suspended, and Opie and Anthony were fired.

Did the prank backfire? In the short term, yes. In the long term ... not really. Radio thrives on shock, and Opie and Anthony were hired in New York a few months later, which began a march to Howard Stern–like national prominence.

A volcano in Massachusetts sounds absurd. But the public was willing to panic at the thought, and it cost a producer his job.

As the Christian Science Monitor reported, on April 1, 1980, WNAC-TV in Boston aired a bulletin saying that the Great Blue Hill in Milton, Massachusetts, had become volcanic. It's hard to believe anyone ever took the gag seriously, considering the small size of the hill and the fact that the report was illustrated with stock footage from the recent explosion of Mount St. Helens in Washington. At the end of the segment, there was even a card that read, "April Fool."

But it caused a stir all the same. Local police received numerous calls asking if evacuation was necessary, and the producer of the segment, Homer Cilley, was fired for "failure to exercise good news judgment" and for using stock footage without labeling it clearly. To his credit, Cilley took full responsibility for the failed prank — but he probably wished he hadn't done it in the first place. 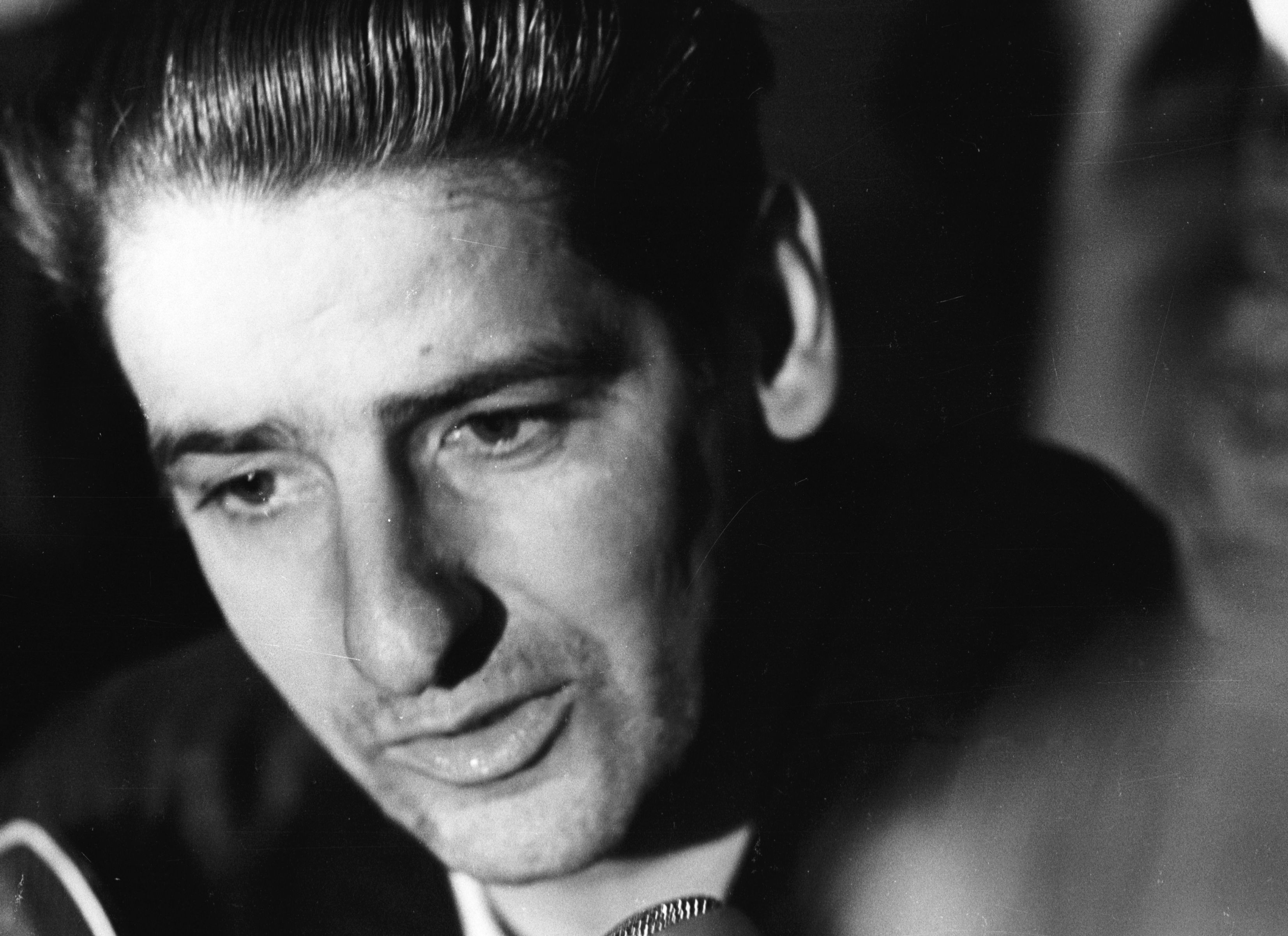 Albert DeSalvo in 1967, after his escape from a mental hospital. (Harry Benson/Getty Images)

Sometimes you try to make a political joke and end up honoring the Boston Strangler.

As state Rep. Tom Moore told the Palestine Herald, on April 1, 1971, he introduced a resolution in appreciation of Albert DeSalvo, thanking him for his "pioneering work in population control." DeSalvo had murdered 13 people in Boston and was called the Boston Strangler. The text of the resolution is even more outrageous:

This compassionate gentleman's dedication and devotion to his work has enabled the weak and the lonely throughout the nation to achieve and maintain a new degree of concern for their future. He has been officially recognized by the state of Massachusetts for his noted activities and unconventional techniques involving population control and applied psychology.

It was supposed to be a joke. But the resolution passed.

Fortunately, as Snopes clarifies, Moore managed to yank the resolution before the Boston Strangler was permanently commemorated. There were still unintended consequences, however. Moore said, "It was an April Fools' joke, but it made the press in a different light." It drew worldwide attention at the time and is remembered today as the best proof that legislators rarely read the resolutions they pass. We don't know what exactly Moore intended the takeaway to be, but from now on,he'll be remembered as the Texas legislature's best satirist (and biggest fan of the Boston Strangler). 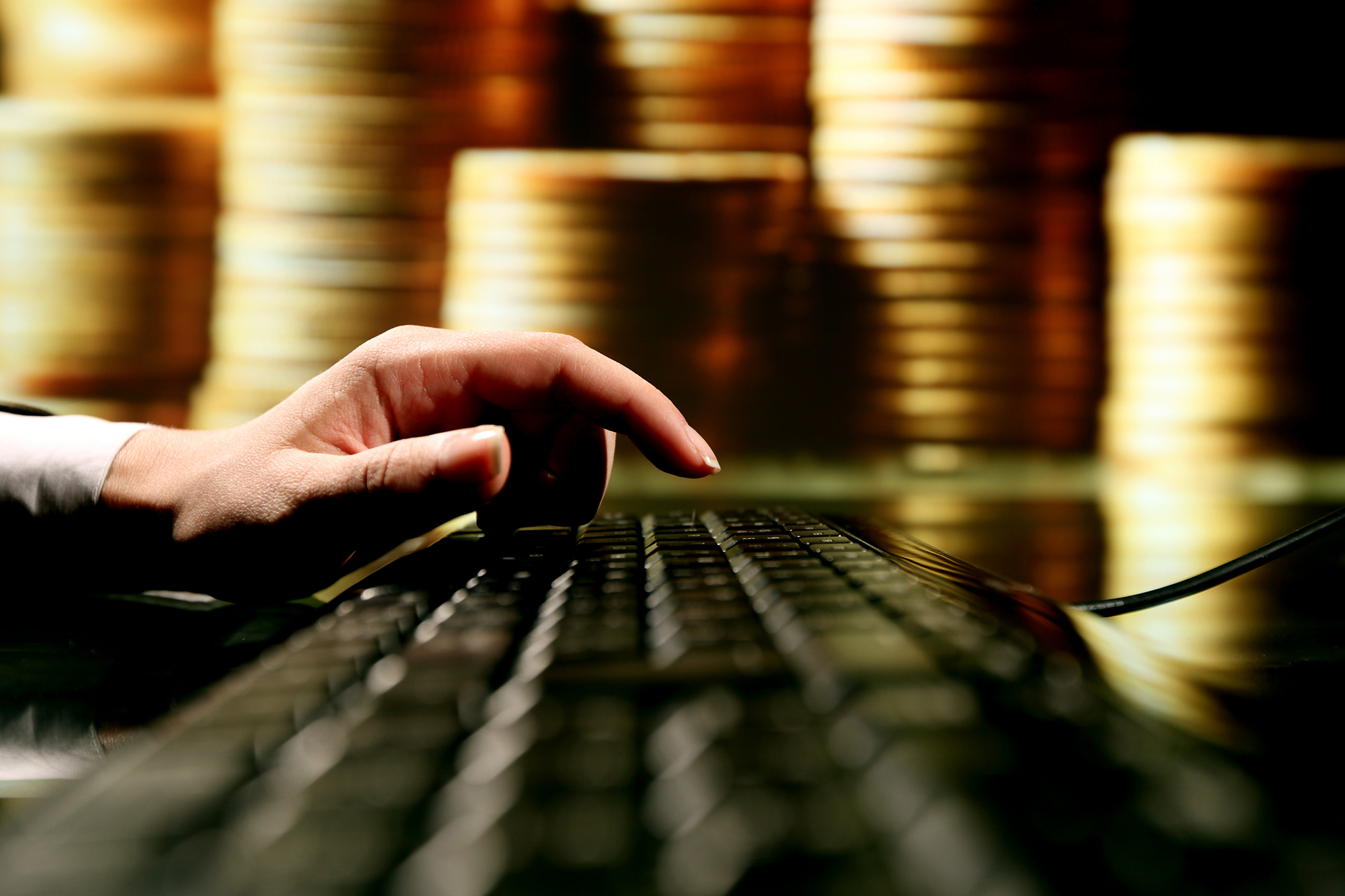 The promise of gold coins lured many to the internet. (Shutterstock)

Back in 1999, a few pranksters thought they'd make fun of the internet bubble. They set up a website called "Webnode" that claimed to have raised $4 billion from the government and promised to sell "nodes" for $100. (If that doesn't make any sense, it's part of the point.) On April 1, they revealed their hoax.

Unfortunately, as Salon reported, they ended up fooling a lot of people. Janice Shell, one of the founders of Webnode, said she received 1,400 emails of interest from potential investors. Later, after the hoax was revealed, the FBI investigated the company, and Webnode's "founders" were sued by the press release service Business Wire. Ultimately, the pranksters settled for $27,500.

All in all, it was an expensive way to poke fun at the frenzy of the dot-com boom. Fortunately, the pranksters were able to raise most of their legal-defense money from sympathetic fans, so it wasn't as pricey a hoax as it could have been. In a way, it might be the risk that makes it — and so many other April Fools' jokes — worth doing even today.

An exhaustive resource for April Fools' Day reading is the April Fools' archive at Hoaxes.org, which provides a long list of memorable pranks.