How slavery and coerced labor shaped global migration in 1858

Share All sharing options for: How slavery and coerced labor shaped global migration in 1858

Where were people moving to 150 years ago? And what countries were they leaving? This French map (via Reddit user @midafternoonmap) displays the flow of hundreds of thousands of people who migrated in 1858 (hover over the map to zoom): 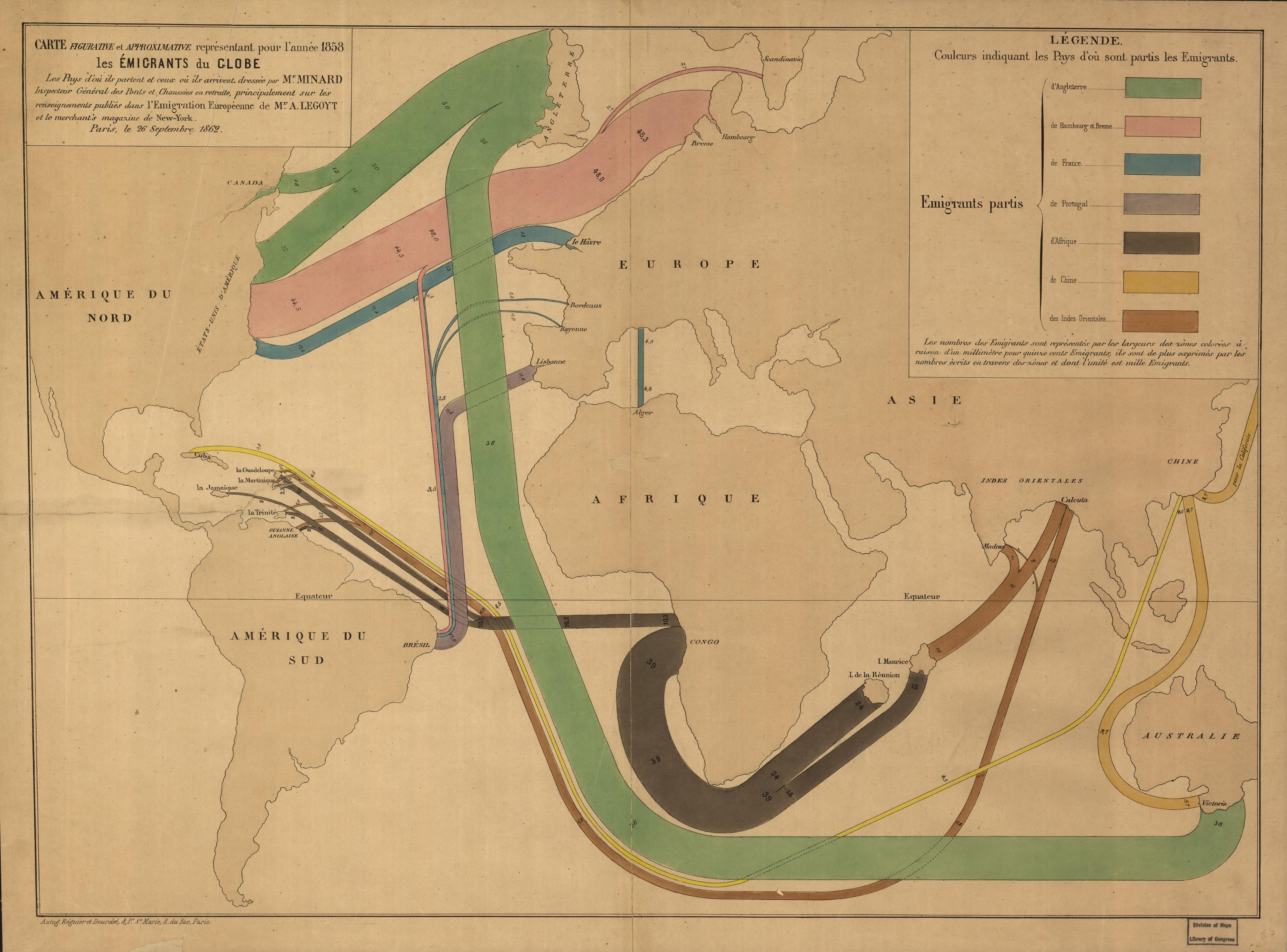 The map might seem a little hard to read at first. Not only are some of the continents laughably poorly drawn (Canada stretches into infinity), but you also can't immediately tell which direction a line is going. But once you break it down by the different types of migration going on at the time, it gets much clearer.

Emigration from Europe (mostly) in search of a better life

For at least two centuries, before the end of the colonial era, immigration as we think of it today — leaving one place voluntarily to settle in another — happened primarily from Europe to the rest of the world (much of which was being colonized by the Europeans settling there).

If you look at Europe, and focus on the lines emanating from there, you see how this looked in 1858:

At the same time, Chinese immigrants were also heading to Australia and California of their own free will, though Australia had passed a restrictive immigration policy to try to keep them out — and the US would ultimately do the same.

Forced migration to the Caribbean and Indian Ocean

To understand what's going on in the rest of the map, instead of thinking about the people coming from Europe, think about the people going to the Caribbean (as well as Madagascar and Mauritius):

The term "migrants," here, is a little misleading. Africans brought to the Caribbean (and in even greater numbers to Madagascar and Mauritius) were trafficked slaves made to work on sugar plantations. (Importing slaves to the US had been illegal for 50 years.) Indian and Chinese migrants in the Caribbean were technically "indentured servants" — an alternative source of labor, especially in places where the slave trade was banned. But the working conditions of indentured servants and slaves were similar. And both were essentially coerced into migration.

Forced migration mostly happened to nonwhites in 1858 — but not always. Remember that big band of British migrants to Australia? Some of them (the map doesn't show how many) were prisoners being deported to the colony.

People tend to think of immigration as a voluntary thing. But this map is a reminder of just how many people around the world are from a particular region because their ancestors were shipped there without having much say in the matter.