President Dilma Rousseff is facing huge protests by Brazilians calling for her impeachment. On Sunday, hundreds of thousands took to the streets across the country; in Sao Paulo alone, police said a million people marched, according to the BBC.

The rallies were in part a protest against a corruption scandal at the state-run oil company Petrobras that is shaping up to be one of the biggest in Brazil's history: police have identified $3.7 billion of suspicious payments. Dozens of Brazilian politicians are under investigation for taking illegal kickbacks from a slush fund. And although President Rousseff has not been implicated directly, many of the politicians under suspicion are members of her party or her coalition partners, and much of the alleged malfeasance took place while she was the minister for energy and chairwoman of Petrobras.

The broader context of the protests is that the economy has been doing poorly, hurting many of the middle-class Brazilians who took to the streets this weekend. Inflation is at a 10-year high. 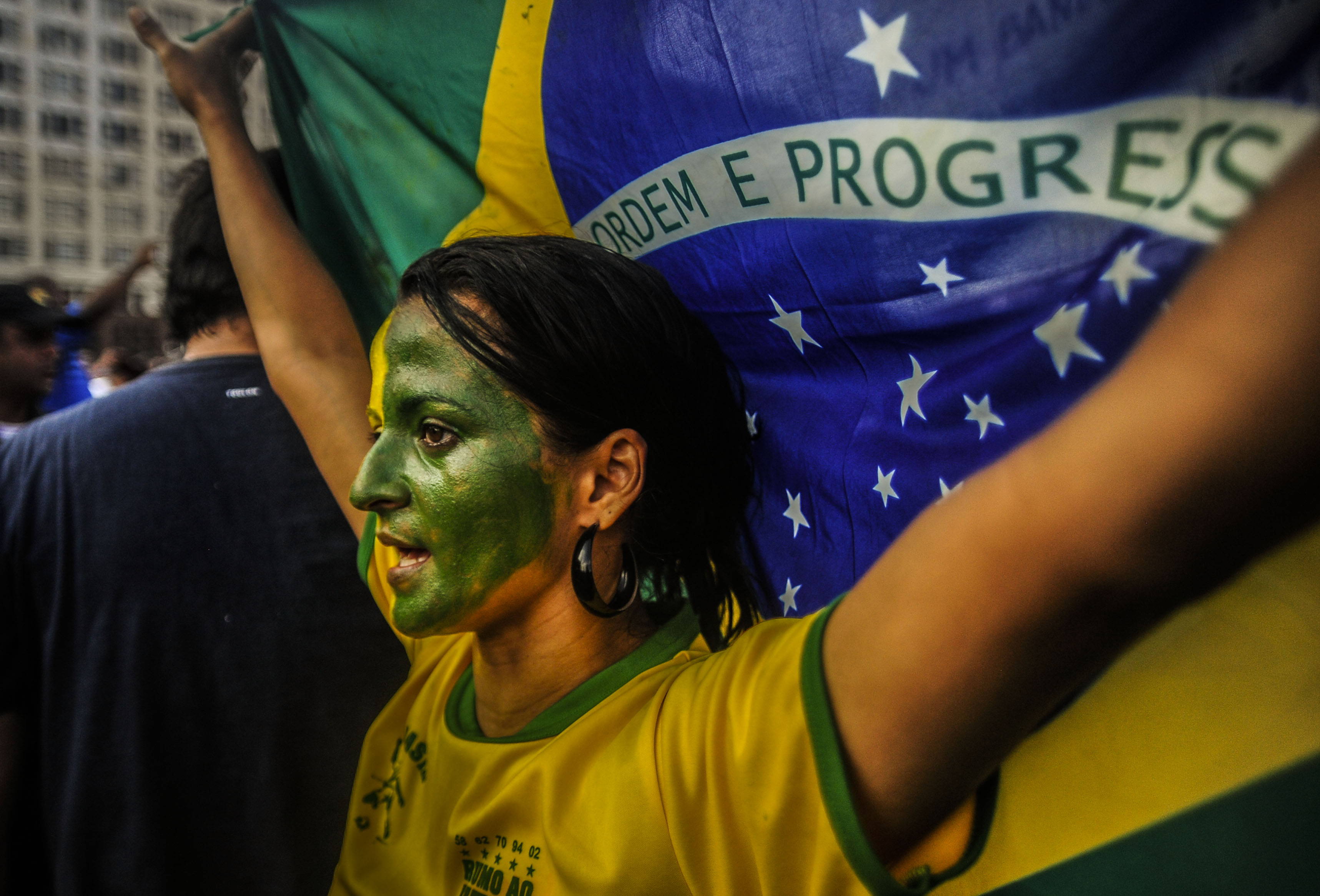 Many of the protesters wore Brazil's yellow-and-green soccer jerseys and painted their faces the colors of the Brazilian flag. (Fabio Teixeira/Pacific Press/LightRocket via Getty Images)

At this stage, impeachment does not seem likely. But the protests come at a particularly difficult moment in Rousseff’s presidency. Budget constraints and rating agencies’ threats to downgrade Brazil’s investment credit rating have forced Rousseff to end policies that kept prices low. As a result, inflation is now higher than it has been since 2003. The Petrobras scandal has tainted her government, even though she has not been accused of any crime and denies she had any knowledge of the corruption.

Those problems mean Rousseff’s popularity has plummeted: the New York Times reports a recent opinion poll placed her approval ratings at just 23 percent — down from 42 percent at the end of 2014. Another round of mass protests is planned for April 12. 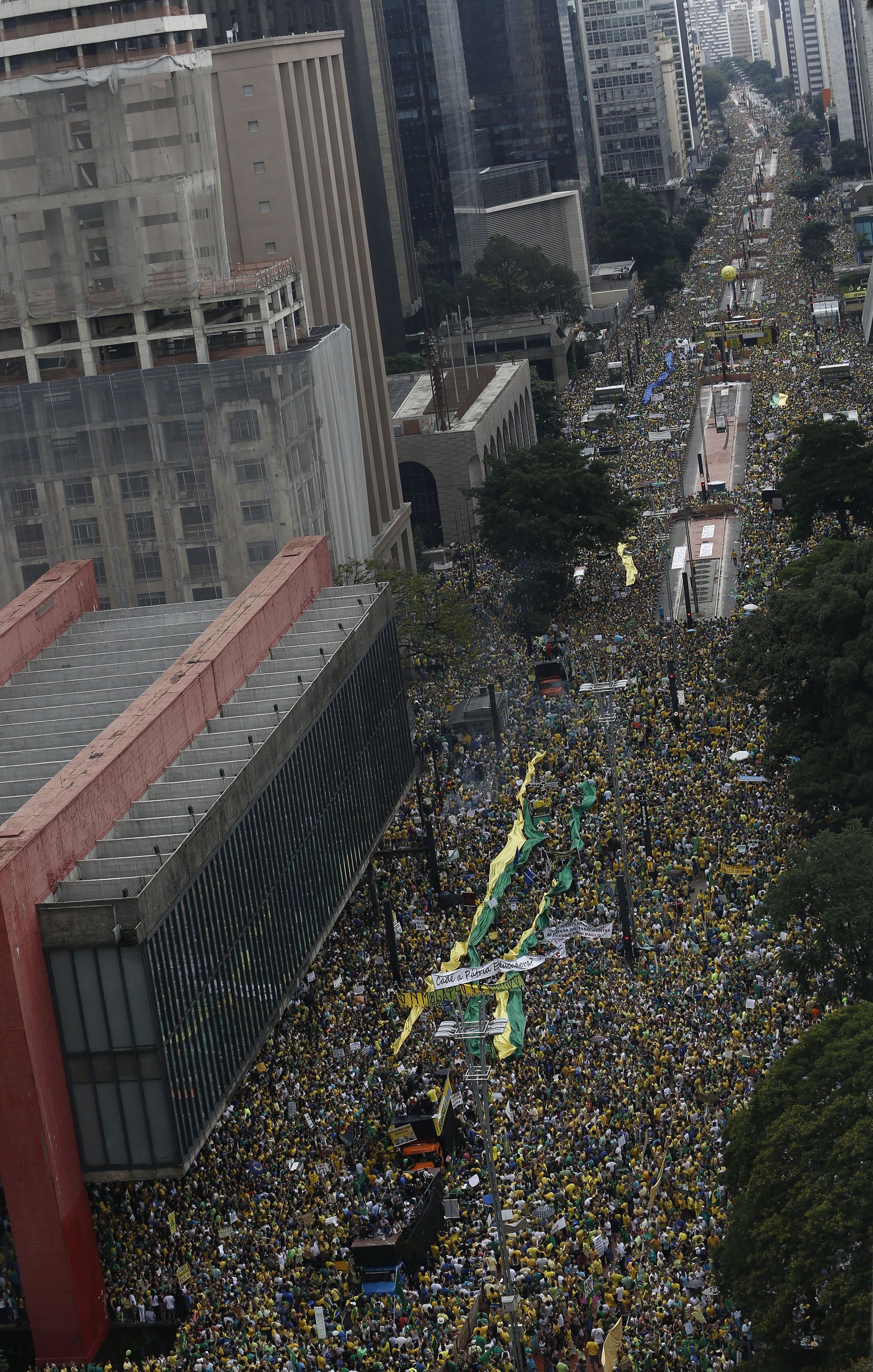 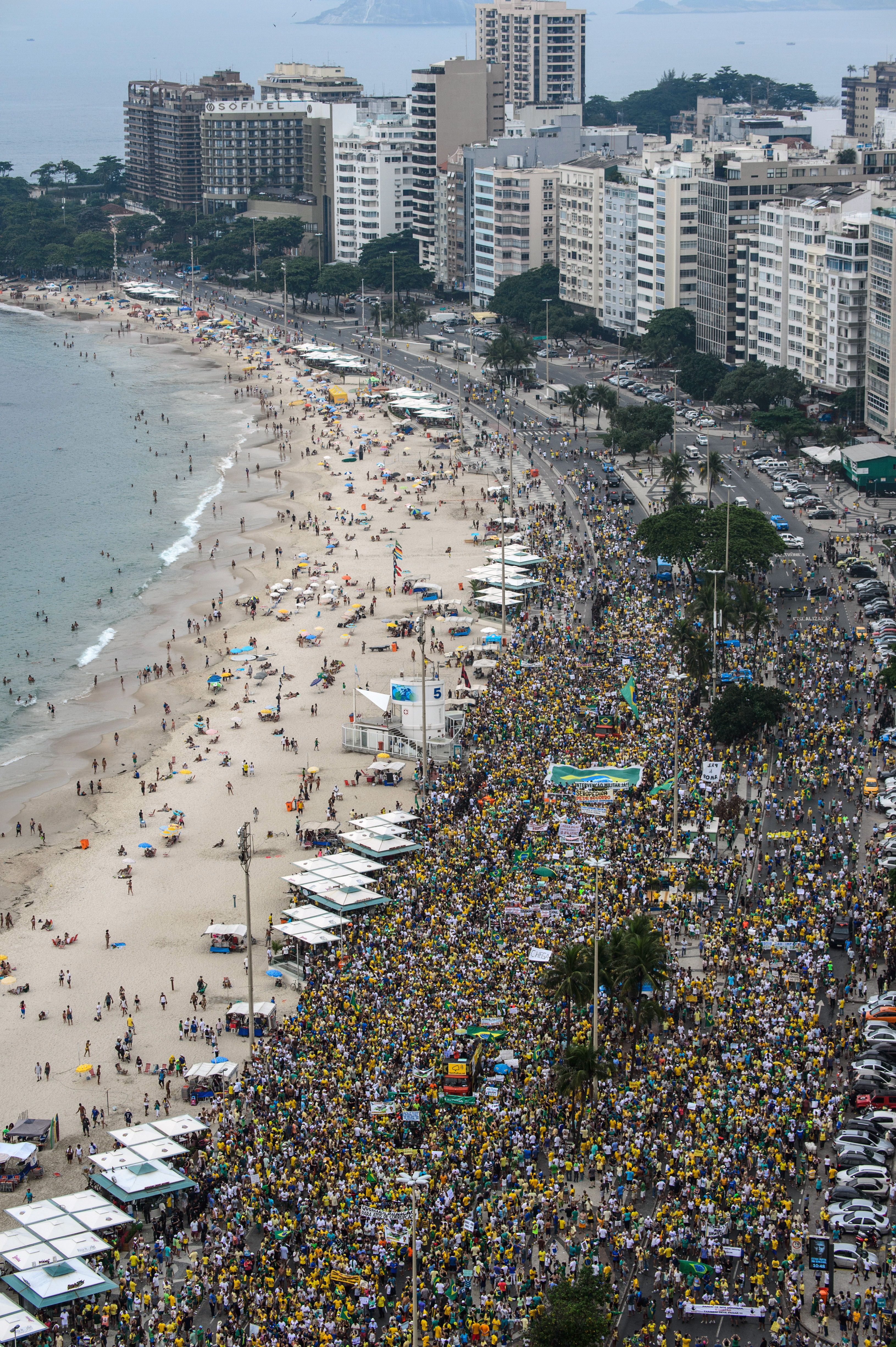 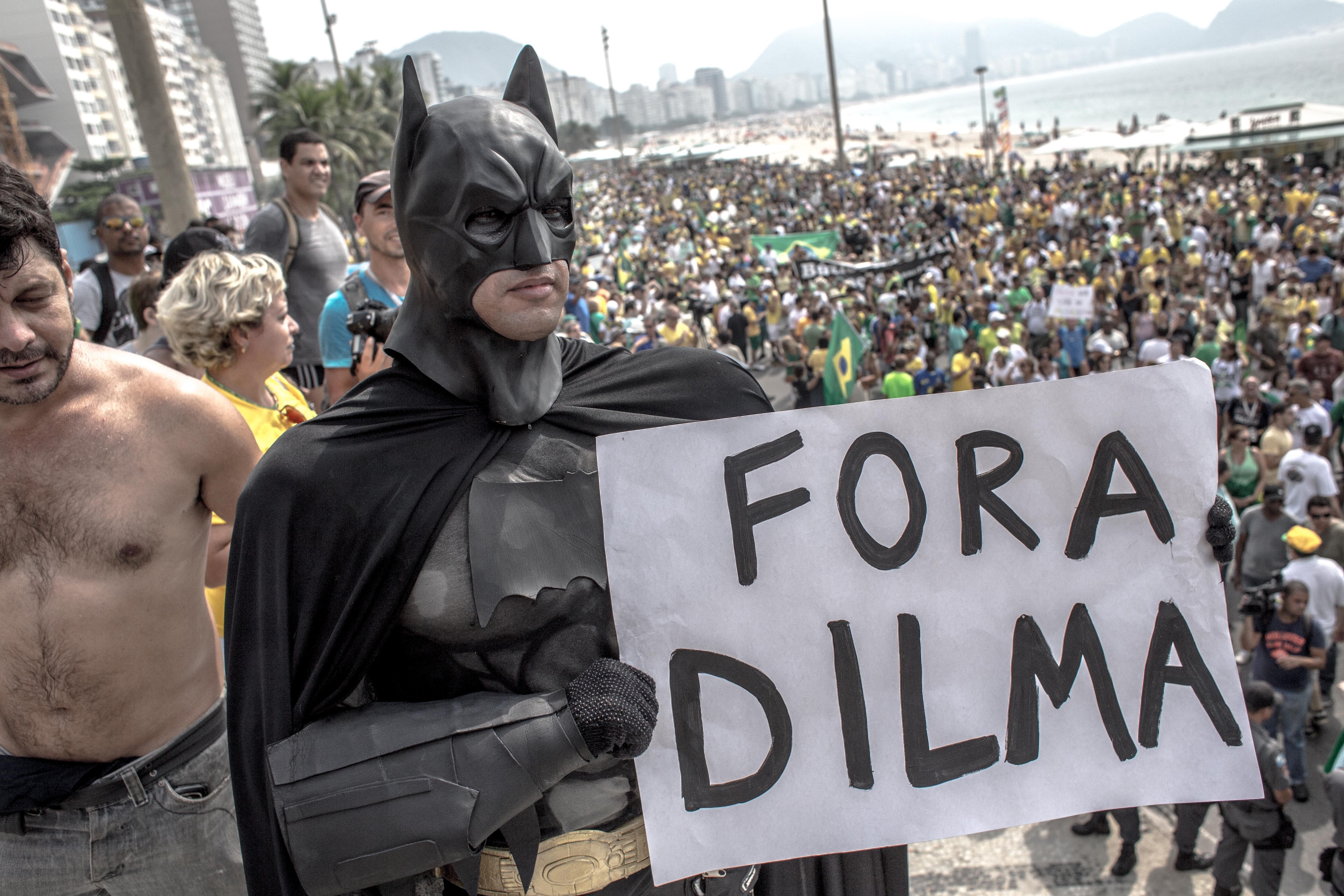 A protester dressed as Batman holds a sign that says "Dilma out." (Steffen Stubager/Anadolu Agency/Getty Images) 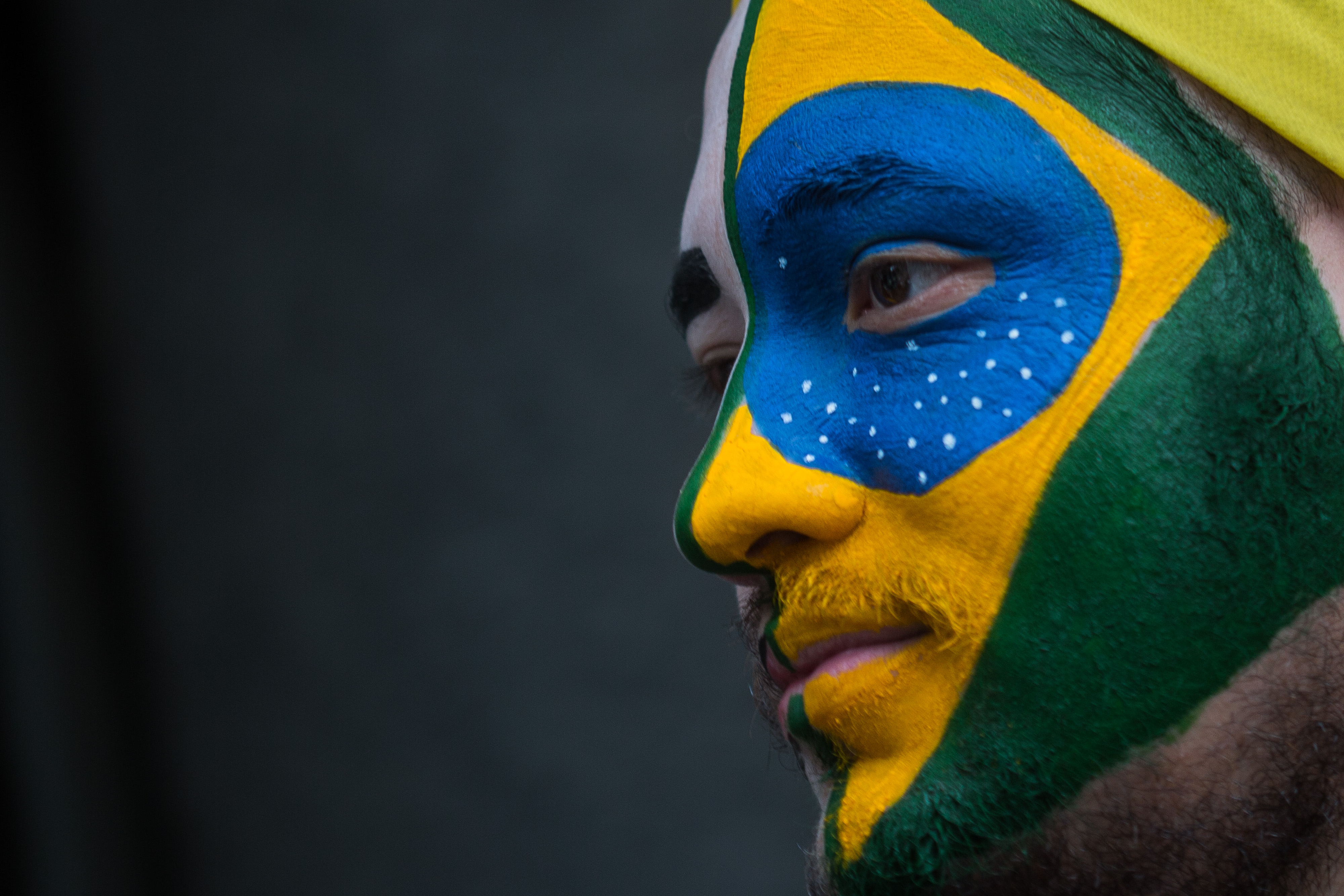 A protester with his face painted to look like the Brazilian flag. (Victor Moriyama/Getty Images) 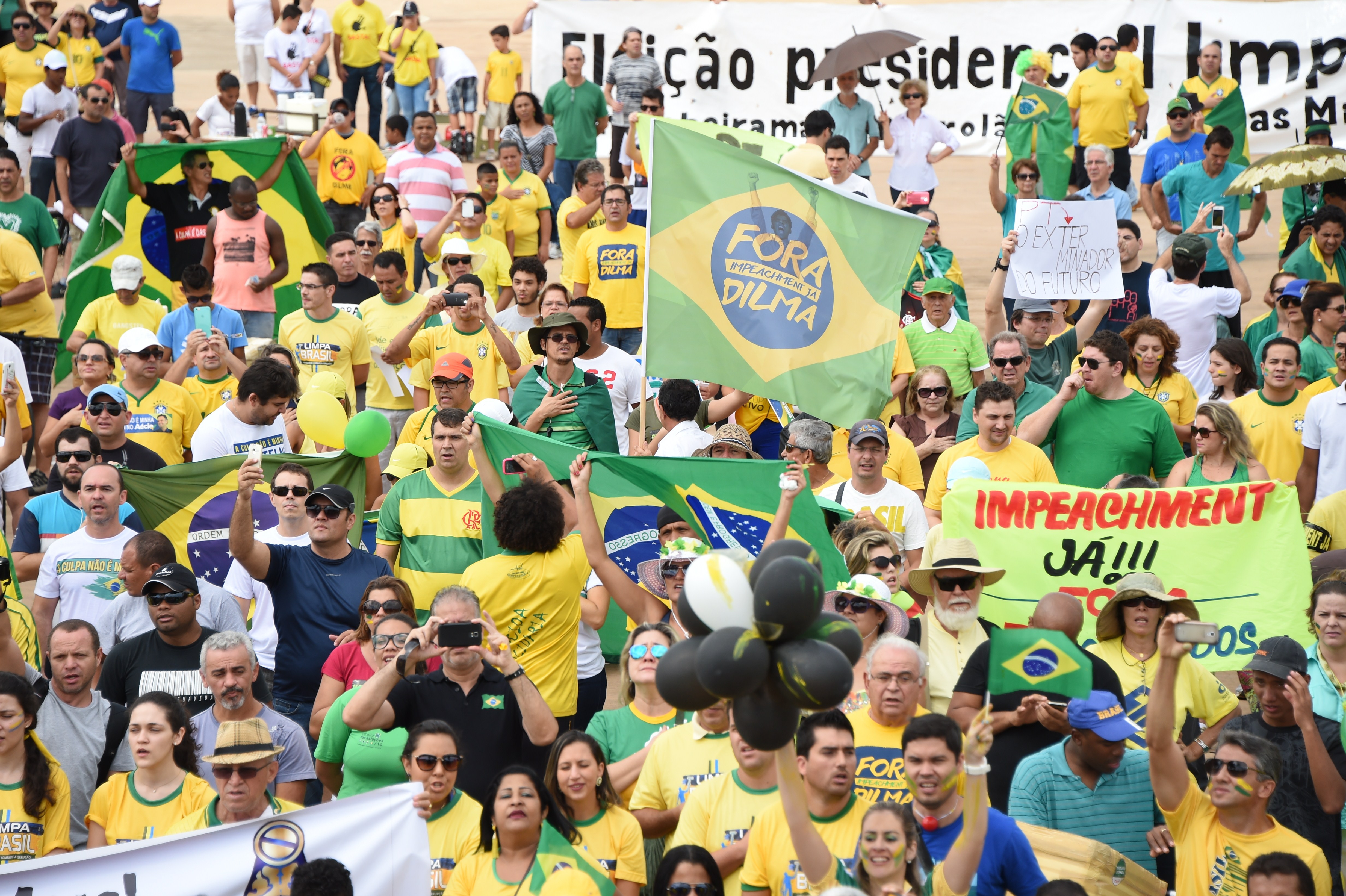 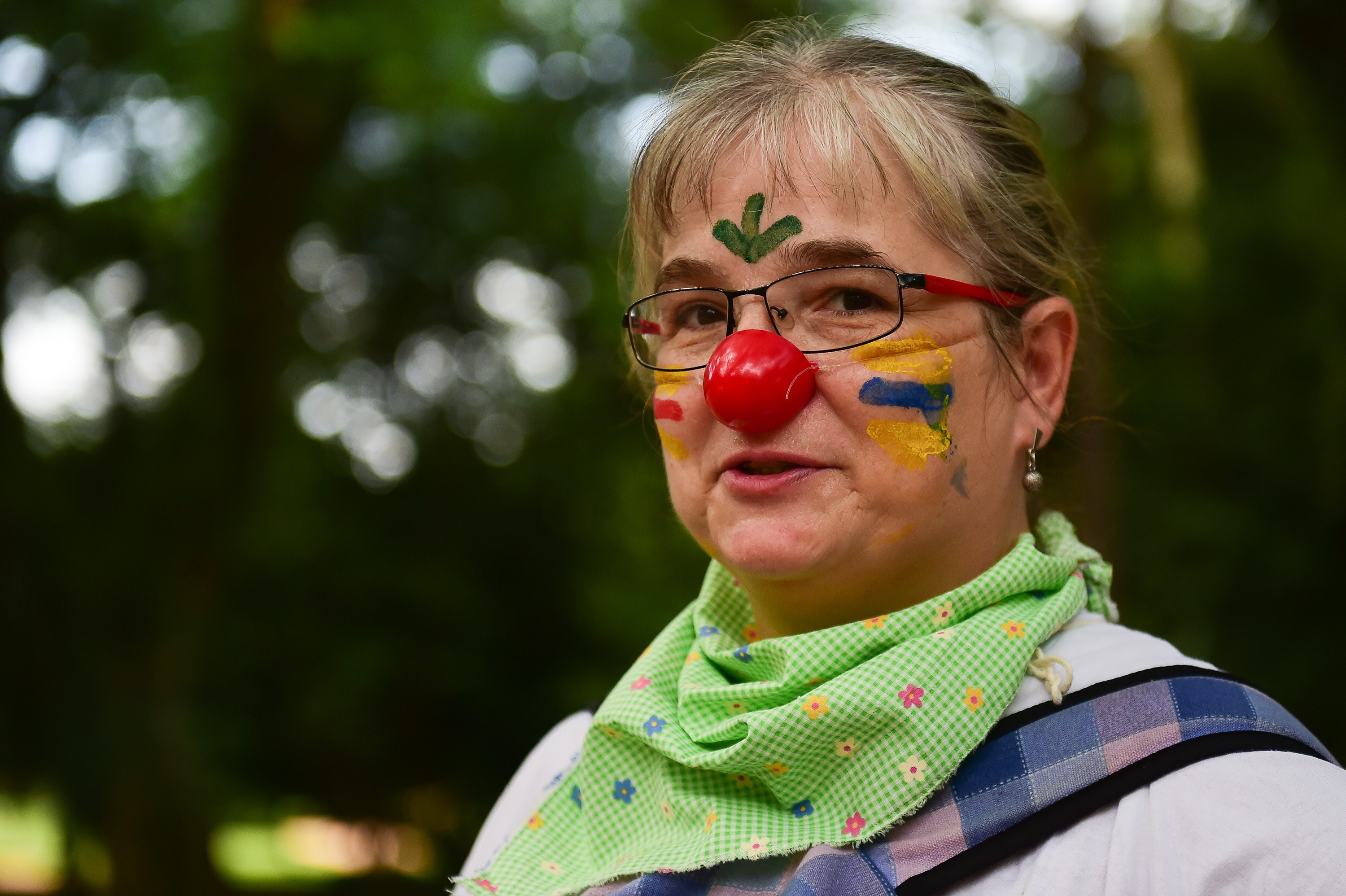 Disturbingly, some protesters carried signs calling for the military to stage a coup against President Rousseff. One protester carrying such a sign, graphic designer Marlon Aymes, told the Guardian that military force was the only way to remove Rousseff's party from office, and that the party's 16 years in power meant it was "like a dictatorship." He claimed it was time for the military to intervene like it did in 1964 — a reference to a coup that ushered in a military regime that lasted until 1985. 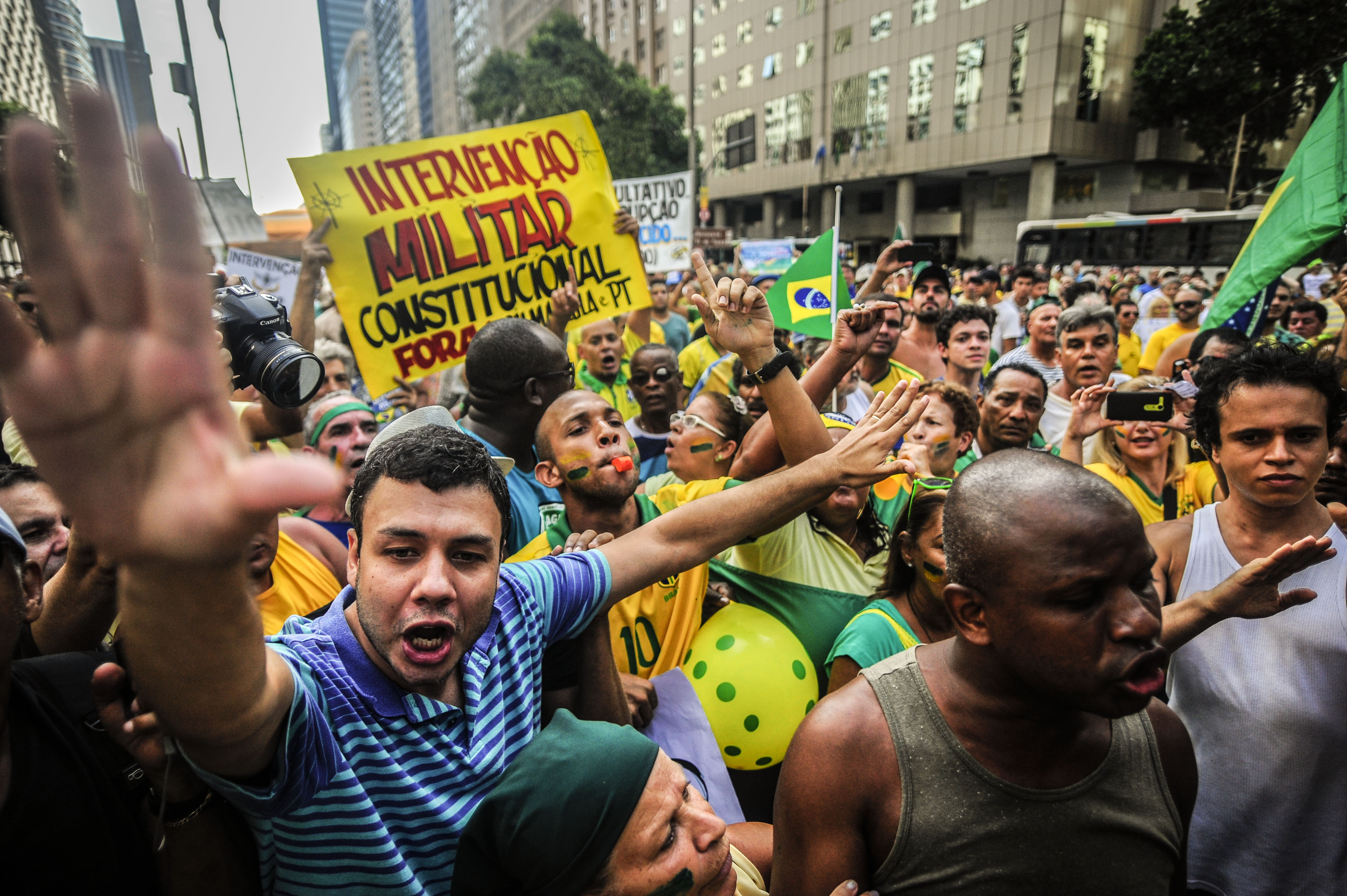 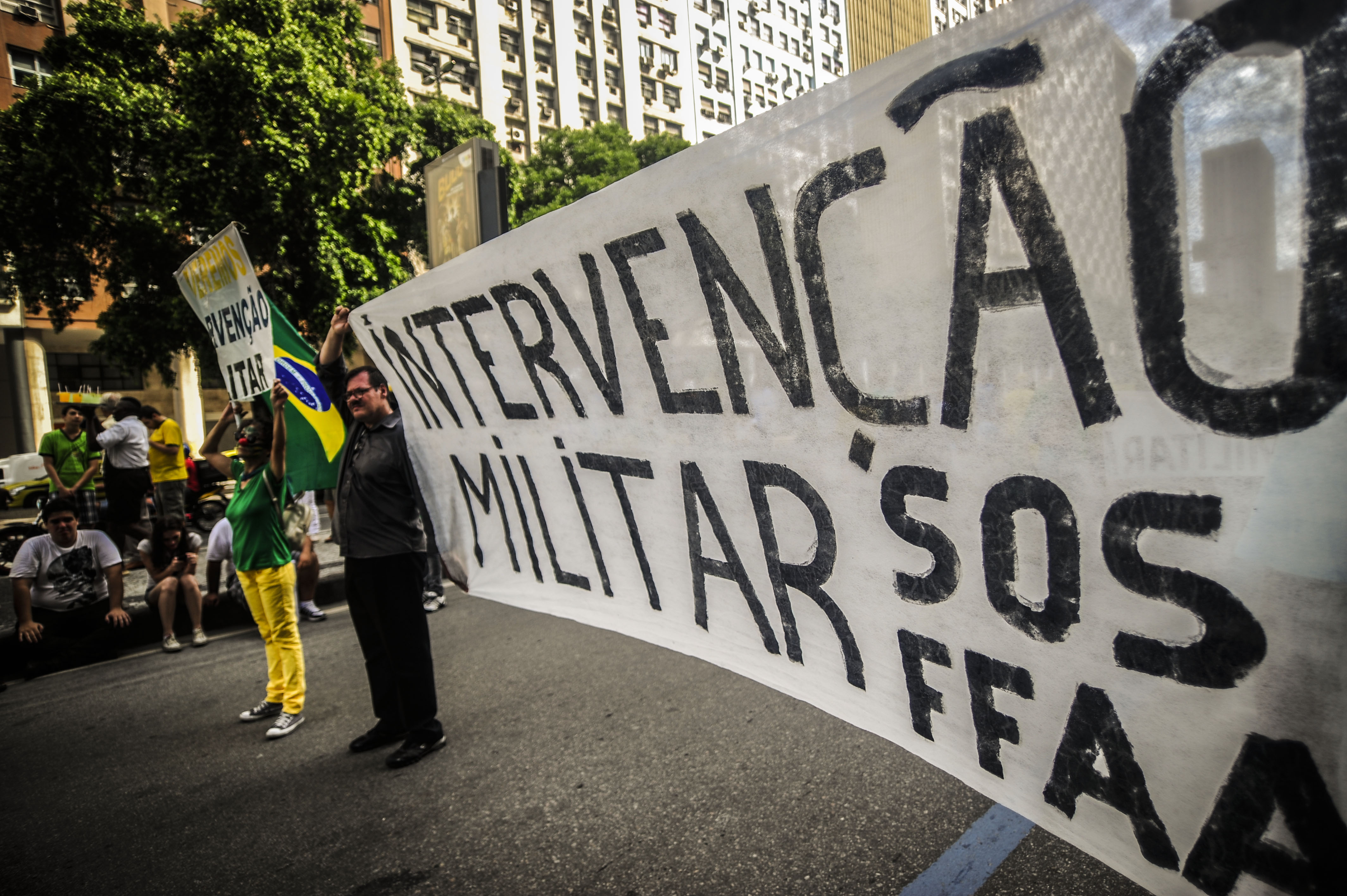 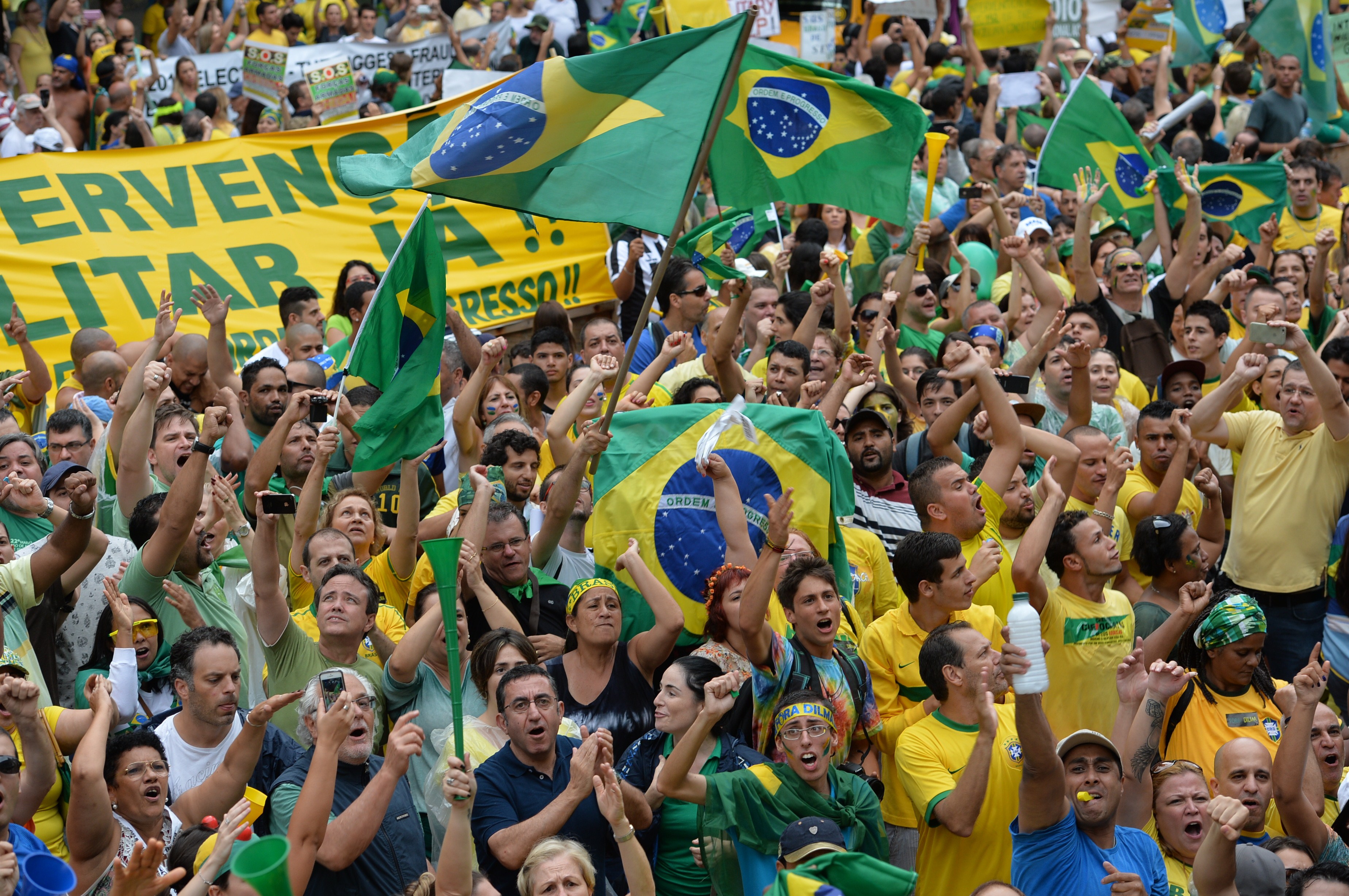 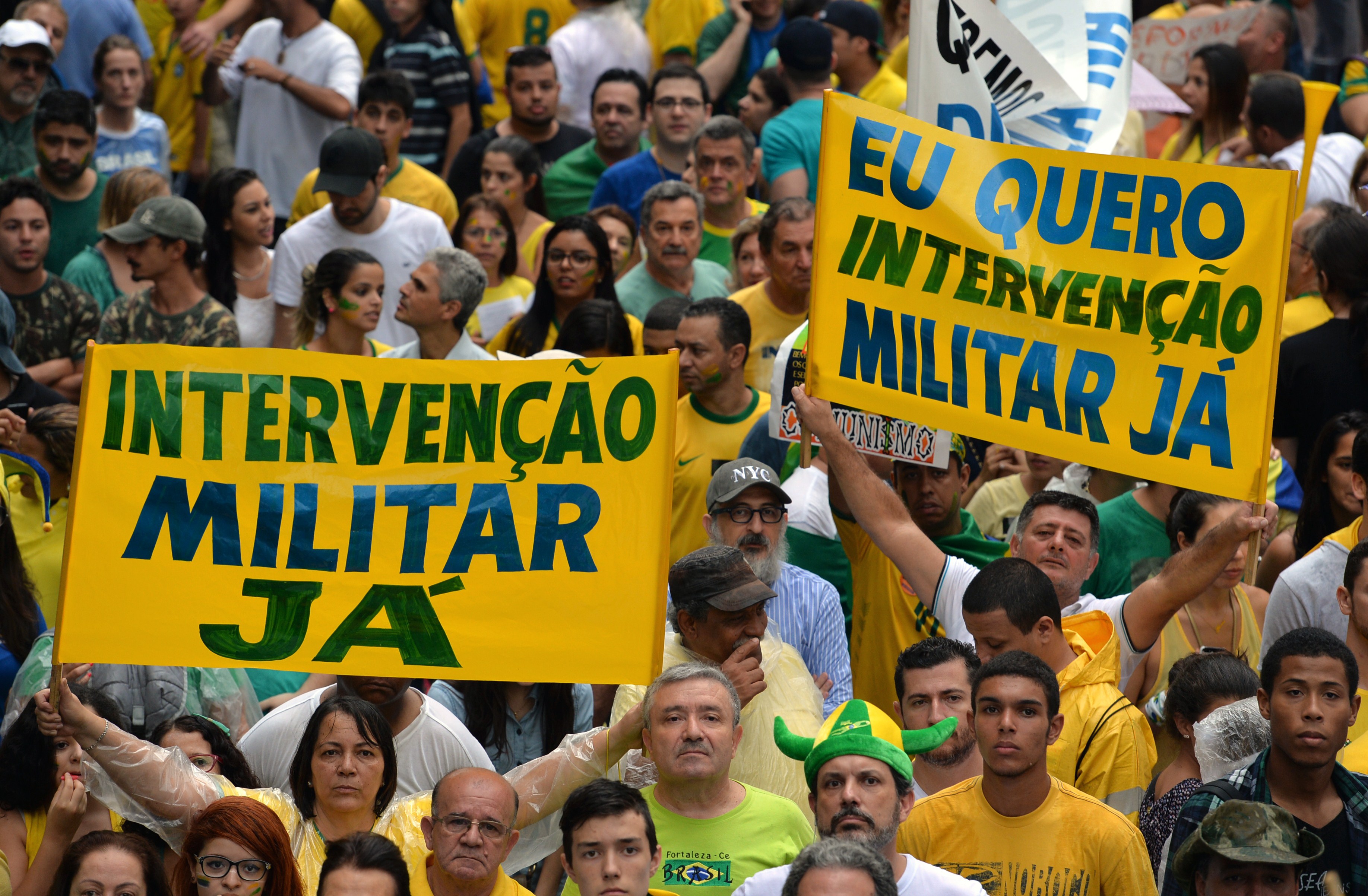 Correction: This piece initially incorrectly stated that the protest on Copacabana beach took place in Sao Paolo. Copacabana is, of course, in Rio de Janeiro. The piece has been corrected.