Share All sharing options for: The baffling anti-feminist politics of Disney's new Cinderella

Let's face it — there aren't a ton of ways to make the fairy tale Cinderella into a modern feminist anthem. This is the story of a woman who lets everybody in her life walk all over her and is rewarded for it with some cool shoes and a handsome prince.

But even with those caveats, Disney's new Cinderella remake, which hit theaters March 13, is somehow more regressive than the studio's 1950 animated version. The new film serves as a bloated, overlong reproduction of the earlier film, but for one fairly major issue: if the 1950s Cinderella had at least a faint spark to her, this one is a soporific mess and even more of a doormat than usual.

Let's look at all the ways this Cinderella is a step back from that other one.

1) This Cinderella is less proactive than ever before!

It's difficult to say who to blame here. Is it Lily James, who plays the character as a beatific saint, beaming endlessly at the camera but never doing much of anything? Or is it screenwriter Chris Weitz, who fails to give her personality traits beyond "nice"? Or is it director Kenneth Branagh, who seems far more interested in the gaudy costumes and sets than in the human story at the tale's center?

The overall effect is that Cinderella ends up being someone who suffers beautifully and ... that's about it, actually. Even if you aren't particularly worried about what message that sends about women, it's absolute murder when it comes to storytelling.

Even if you aren't worried about what message this sends about women, it's absolute murder to storytelling

Most conventional stories require a character who actively pursues some kind of goal. Cinderella is a character who lacks a primary goal, which makes her a tricky character to give a story arc. But this particular version of her story strips away even the slightest hints of her agency that might have existed before.

When Cinderella's wicked stepmother (Cate Blanchett) and stepsisters (Holliday Grainger and Sophie McShera) tear apart her ball gown, Cinderella simply lets them, then cries a bit, as if she knows her Fairy Godmother is about to arrive. Similarly, when the wicked stepmother locks Cinderella away at the end of the film, after our hero has met the love of her life, she decides to live with being a prisoner in her attic.

At least the original Cinderella fought back a little bit. This one might as well be starring in a silent-movie serial, where the female lead exists solely to have horrible things heaped upon her.

These are the words Cinderella's mother (Hayley Atwell) provides to our hero before said mother passes away early in the film. (The film digs deep into pretty much every character's backstory in an attempt to explain their motivations and expand the running time.) And they're good words to live by — except Cinderella's interpretation of "be kind" is "let everybody walk all over you."

You can sort of see what Weitz's script is going for here. Cinderella's journey will be about learning that you can be good to people but still stand up for yourself when they treat you poorly.

There's a difference between the good sort of kindness — like giving a homeless person a cup of water — and self-defeating kindness, like submitting yourself to tons of abuse from your stepsisters and stepmother just because you think it's "right." Cinderella does both of these things in the movie, and the script never draws enough of a distinction between them. There's one scene toward the end where Cinderella stands up to her stepmother, but it's very quickly pushed aside.

Whatever payoff exists here is lost because of James' dreamy, vacant performance and Branagh's choice to shoot everything in an oddly distancing manner. Blanchett proves such an arresting presence that you sort of sympathize with her having to put up with this stepdaughter she never really wanted. Every time Blanchett smirks, catlike, at the camera, you find yourself thinking, "Hey, I'd probably take advantage of such a pushover, too!"

To Cinderella's credit, it has a wide variety of women wandering its world, from Cinderella herself to the stepfamily to her mother to Helena Bonham Carter's take on the Fairy Godmother. (In Carter's hands, the character becomes someone who seems vaguely aware she's stuck in an adaptation of Cinderella but can't remember how the story goes. She might be the most delightful part of the film.) And it actively tries to give all of them backstories and motivations.

And yet, the relationships between these women aren't that clear. Even in the 1950 version, the relationship between the stepmother and Cinderella made more sense — there, the stepmother was simply consumed with hatred. It was a little crude, but it tracked throughout the film. It was also a fairly close adaptation of Charles Perrault's fairy tale.

Weirdly, the relationships the film lavishes the most time on are all between men

This Cinderella tries to have it both ways, which only adds to its overall confusion. Blanchett's stepmother is given a host of reasons to hate her stepdaughter. She even spells them out in a monologue that's one of the film's best moments. There are the building blocks of a complicated, complex relationship between the two characters here.

Yet the film doesn't do anything with those elements. The relationship between the two continues to pluck the same, single note from the original film. Blanchett makes the stepmother a deliciously wicked character, but when it comes time to craft a relationship arc between her and Cinderella, the movie simply goes from "I will tolerate you because you're my husband's daughter" to "I will turn you into a live-in maid!" in no time flat.

Thus, weirdly, the relationships the film lavishes the most time on are all between men. The King (Derek Jacobi) and his son, the Prince (Richard Madden, grinning like a buffoon in every scene he's in), have a relationship that progresses along a fairly flat arc. The King doesn't want his son to marry a commoner, and then he gradually warms to the idea. But, hey, at least that's an arc. The same goes for the Prince's relationships with his guards, who are his closest confidants.

Look! It's Anna (left) and Elsa, your cartoon pals from the world of Frozen, in their brand new short, "Frozen Fever"! (Disney)

Frozen isn't the world's greatest movie ever — its story is lumpy and misshapen, and it's never sure who its antagonist should be — but it at least features a beautifully realized relationship between sisters Anna and Elsa, one that propels the film past all of its potential pitfalls. Frozen is the rare fairy tale film in which the central relationship is between two women, not between a princess and her long-awaited prince.

In every theatrical screening, Cinderella is preceded by the new short "Frozen Fever," which is cute but slight. But it will remind you of just how powerful the Anna-and-Elsa relationship was in that film. It will also remind you of how Cinderella as a character just isn't a patch on either of those women, particularly in this film. Heck, Cinderella in this film isn't a patch on Ariel from The Little Mermaid, and that movie's 25 years old.

5) Seriously, though, that corset

The centerpiece of every version of Cinderella is the scene where the Fairy Godmother gives Cinderella the ball gown and the night out she's always dreamed of, using a little magic and some bibbidi bobbidi boo. Even remakes of the story set in modern times will usually include some rich benefactor who helps Cinderella unveil her inner princess.

What's crazy about this version is that Cinderella ends up with a supernaturally thin waist, thanks to a corset that James has complained wouldn't let her swallow whole foods.

Let's compare her look to that of the animated Cinderella (who, need I remind you, didn't actually exist in real life): 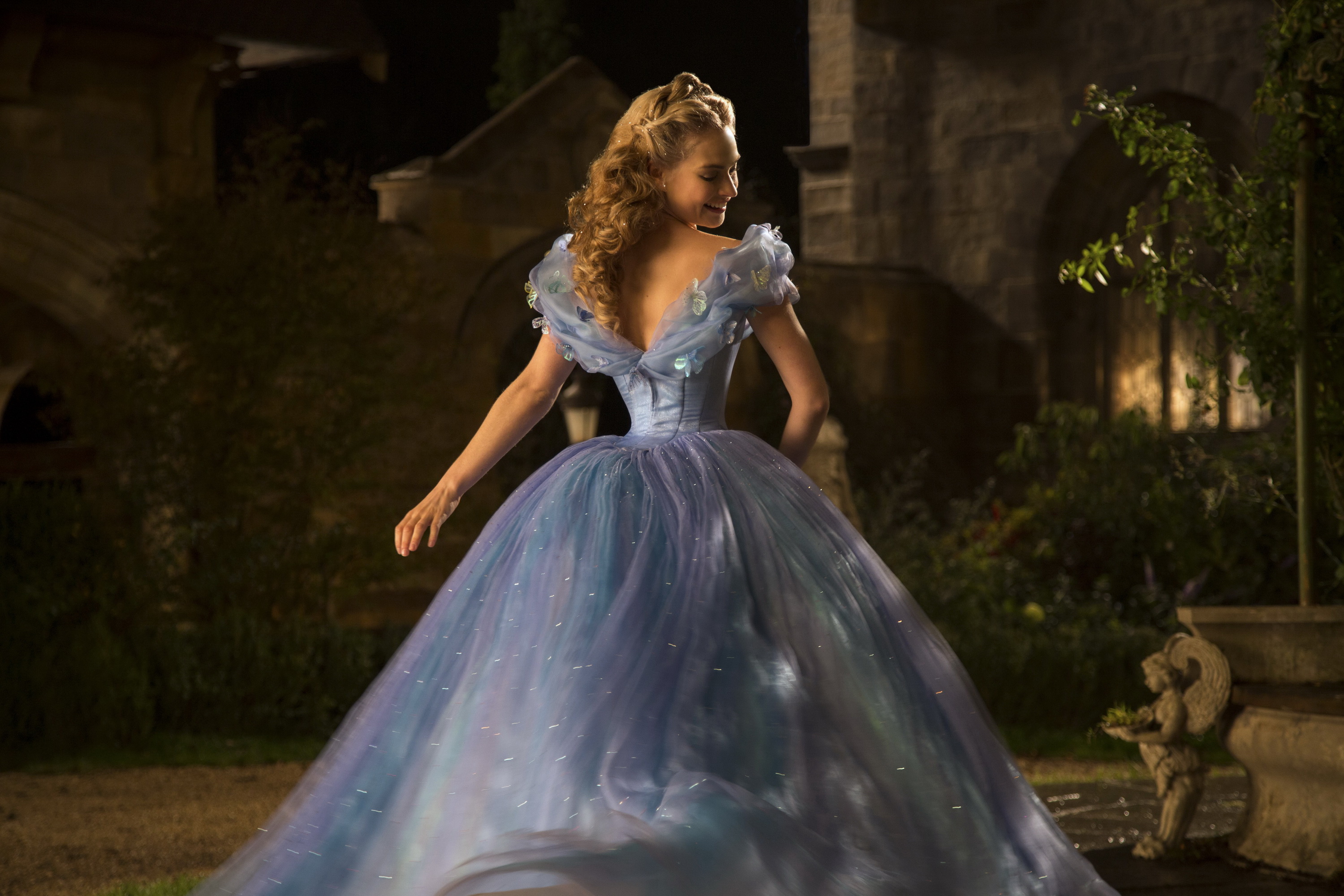 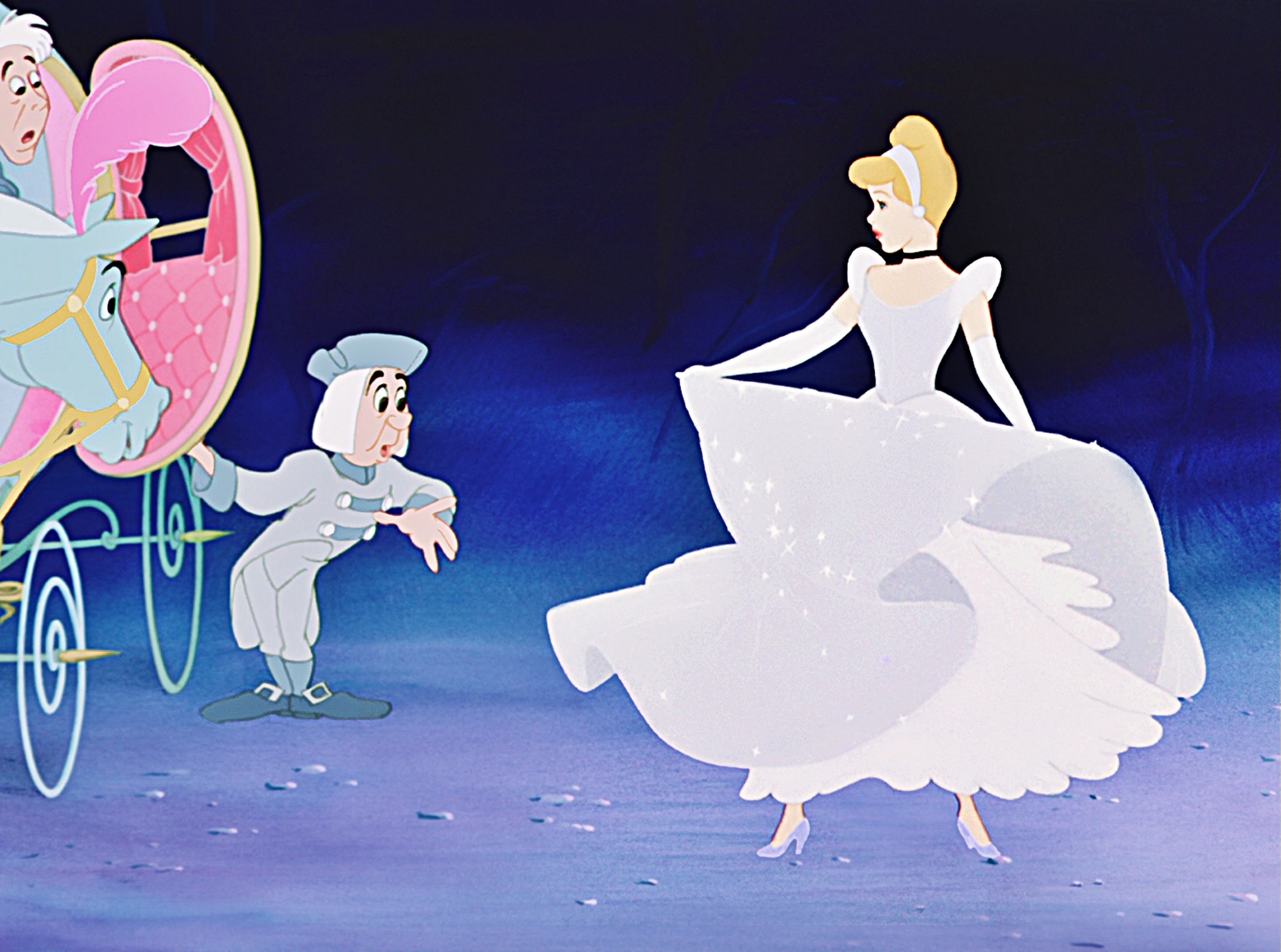 Is it just me, or is the animated Cinderella's waist actually slightly larger? And even if it's not, it's still weird to try to get an adult human being down to cartoon proportions.

The message seems clear. On the most magical night of her life, Cinderella's waist is size negative two.

Disney has been roundly criticized for its sexier redesign (on the right) of Merida from Brave. (Disney/Pixar)

This all seems part and parcel of Disney's ongoing efforts to make its princesses sexier and more adult, up to and including a makeover for Merida, the hero of Pixar's Brave. That makeover has been roundly decried by many, including one of Brave's co-directors, but it doesn't matter. Idealized women are what Disney's selling here.

If the rest of Cinderella worked better, this might be easier to let slide. A good story can cover up all manner of sins. But that ball gown is indicative of the film's whole approach — covering a thin, needlessly bloated story with beautiful surfaces.

It's just that those beautiful surfaces seem to present a message that exists somewhere in the distant past — farther back, even, than the animated version to which this story seems so beholden.