“The bullets are in each of us”

Share All sharing options for: “The bullets are in each of us”

When Russian opposition leader and former deputy prime minister Boris Nemtsov was shot to death on Friday in Moscow, the country lost many things. It lost a charismatic and forceful political organizer. It lost a prominent critic of Putin and of his war in Ukraine. It lost a sense that, even if journalists and activists are unsafe in Russia, at least high-profile political leaders did not have to fear for their lives. In a smaller and more immediate way, Russia also lost a leader for a protest rally that Nemtsov had been helping to plan for Sunday in Moscow. Two days after his murder, the rally went ahead, but primarily as a memorial for the man who was to lead it. A smaller rally was also held in Saint Petersburg; mourners gathered in the Ukrainian capital of Kiev as well. 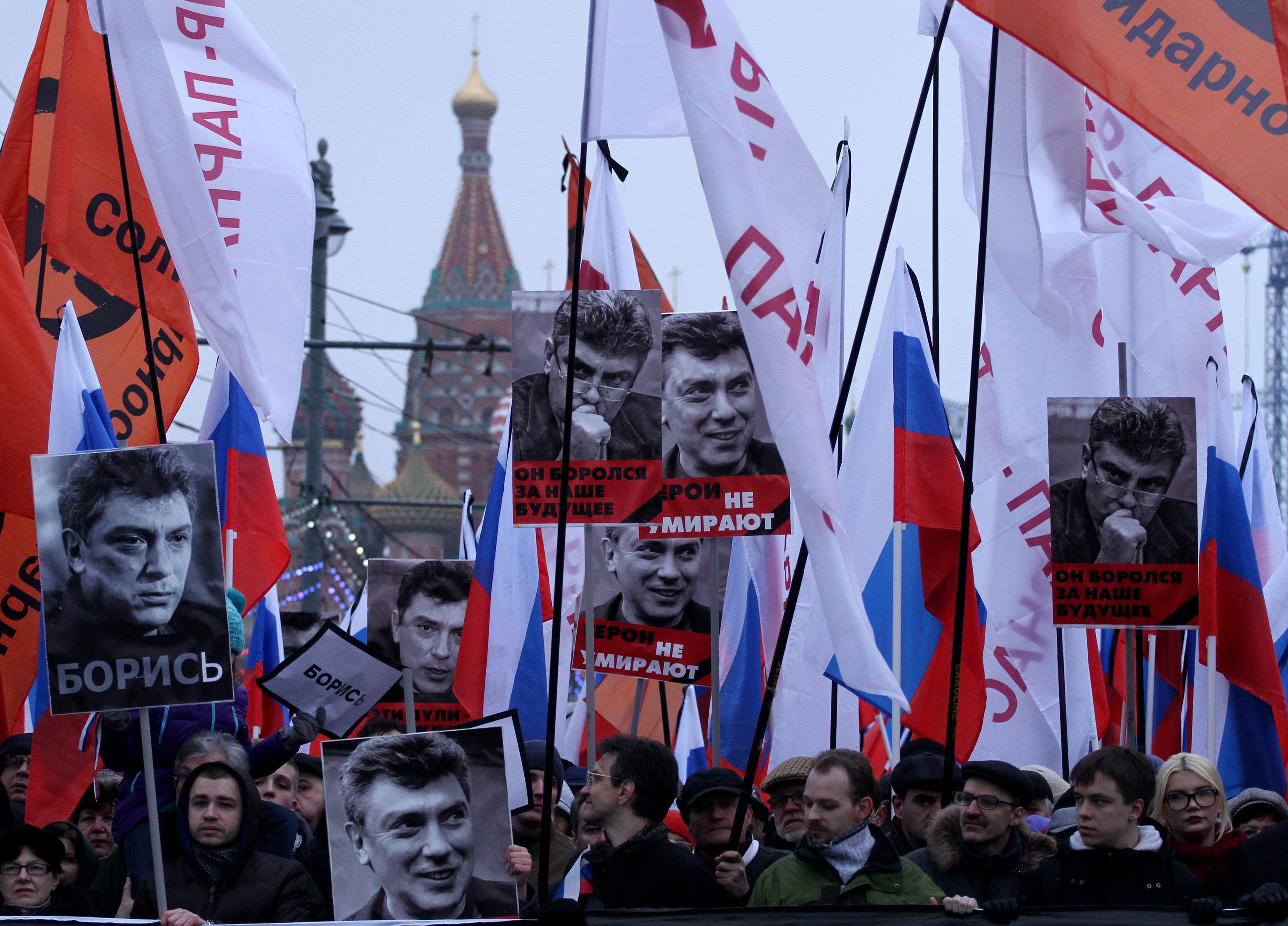 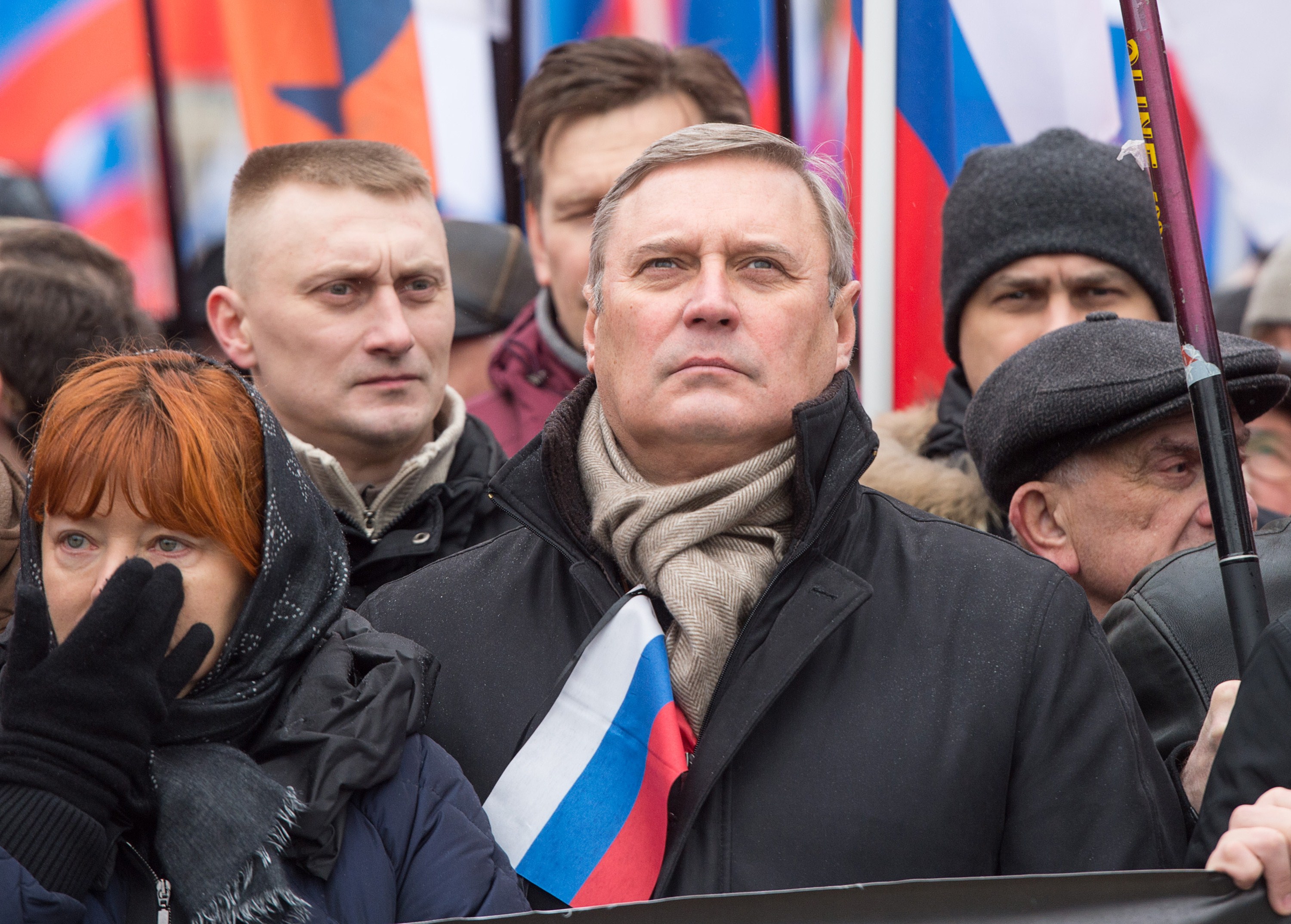 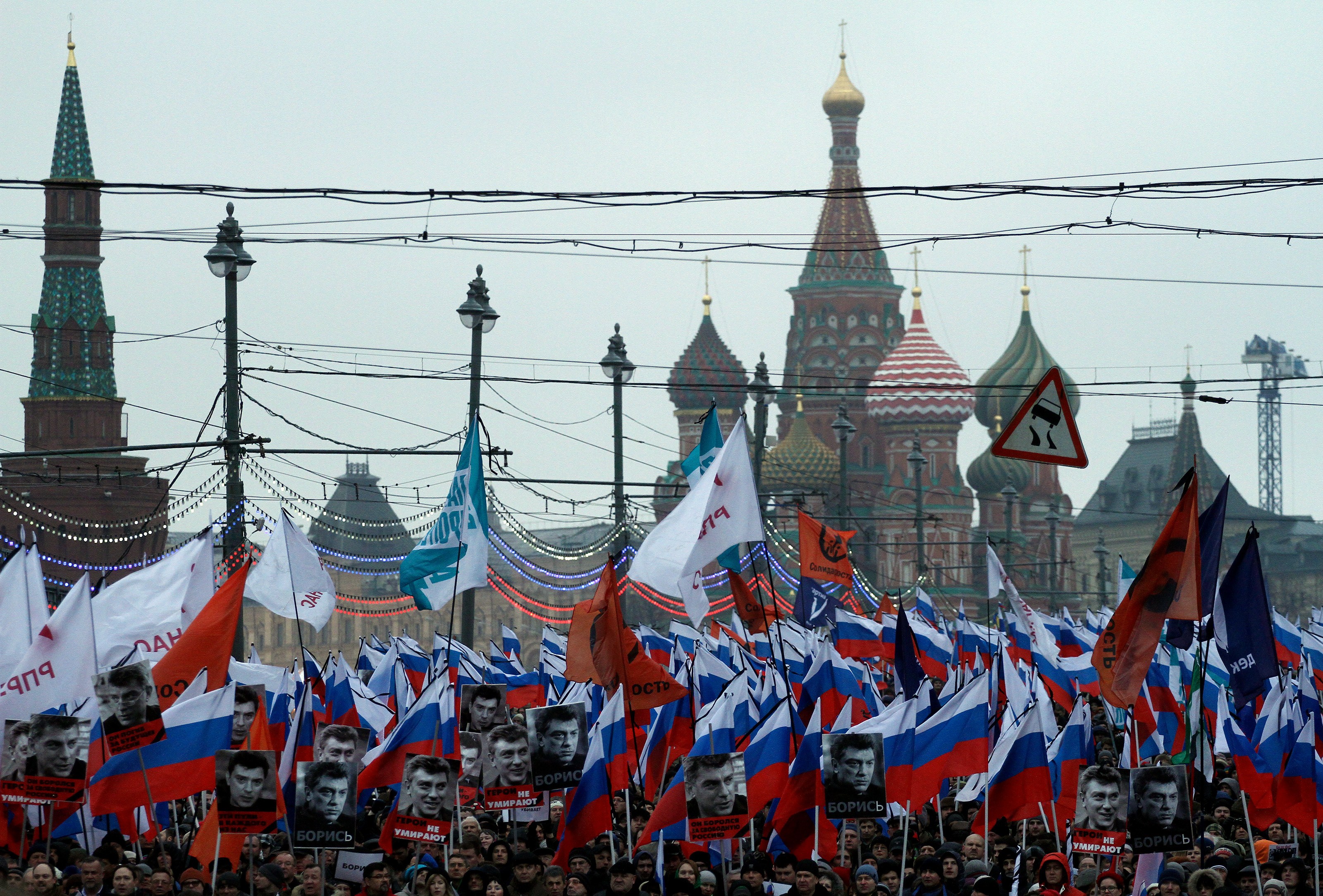 The Cathedral of St Basil, on Red Square, is visible behind the marchers in Moscow | SERGEI GAPON/AFP/Getty 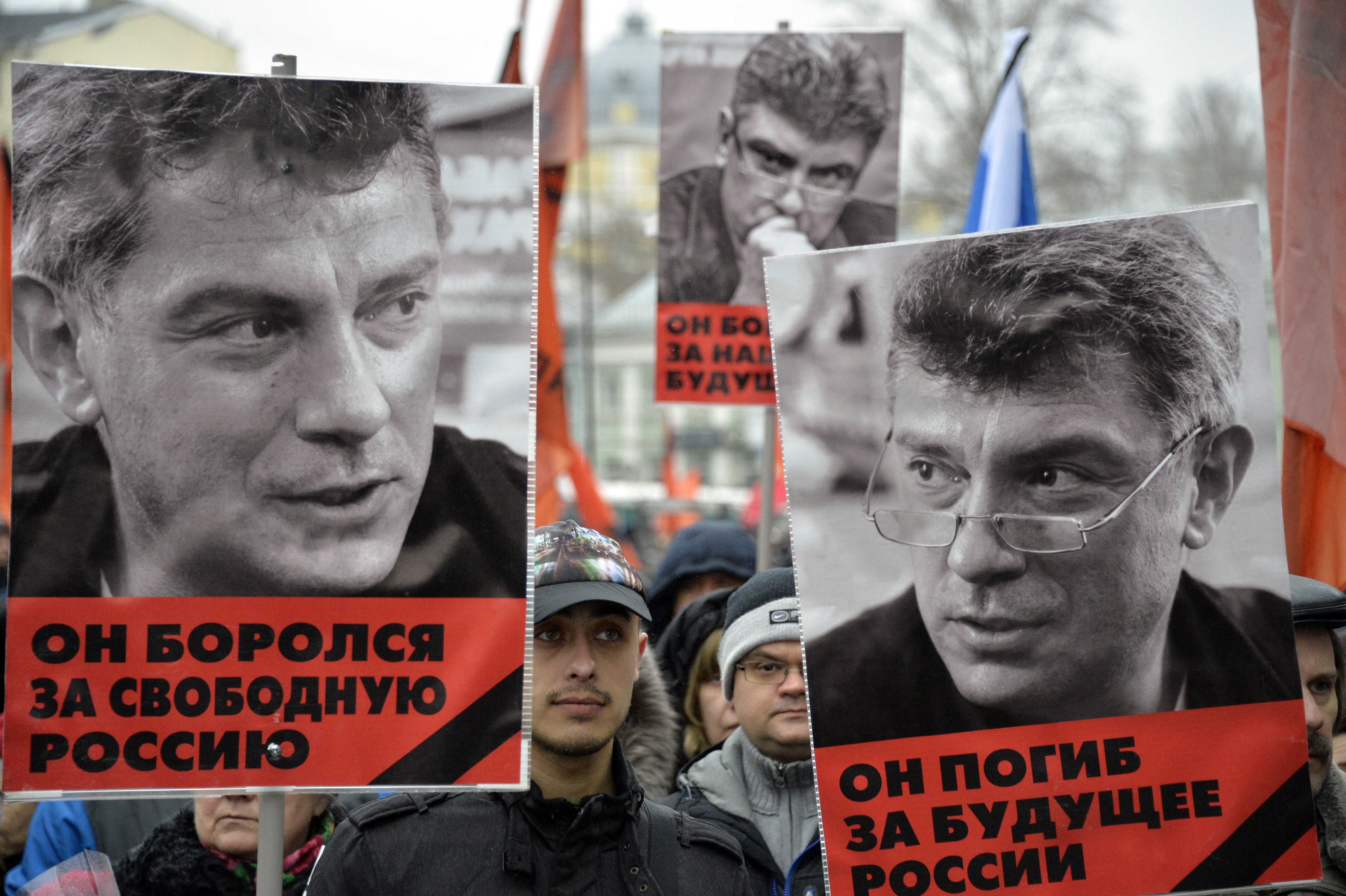 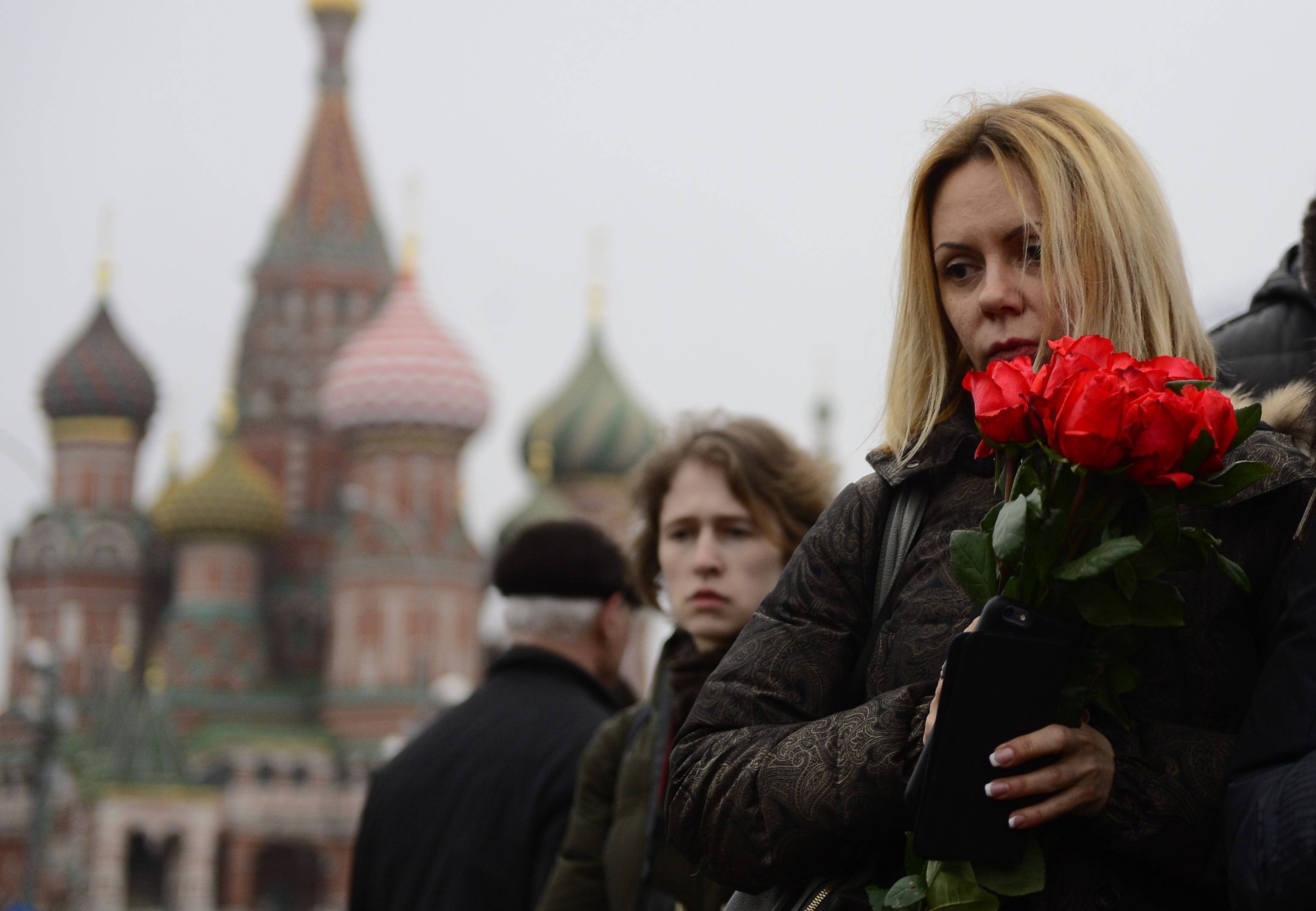 A woman holds flowers at the site where Nemtsov was shot to death, in view of the Cathedral of St Basil. | Sefa Karacan/Anadolu Agency/Getty 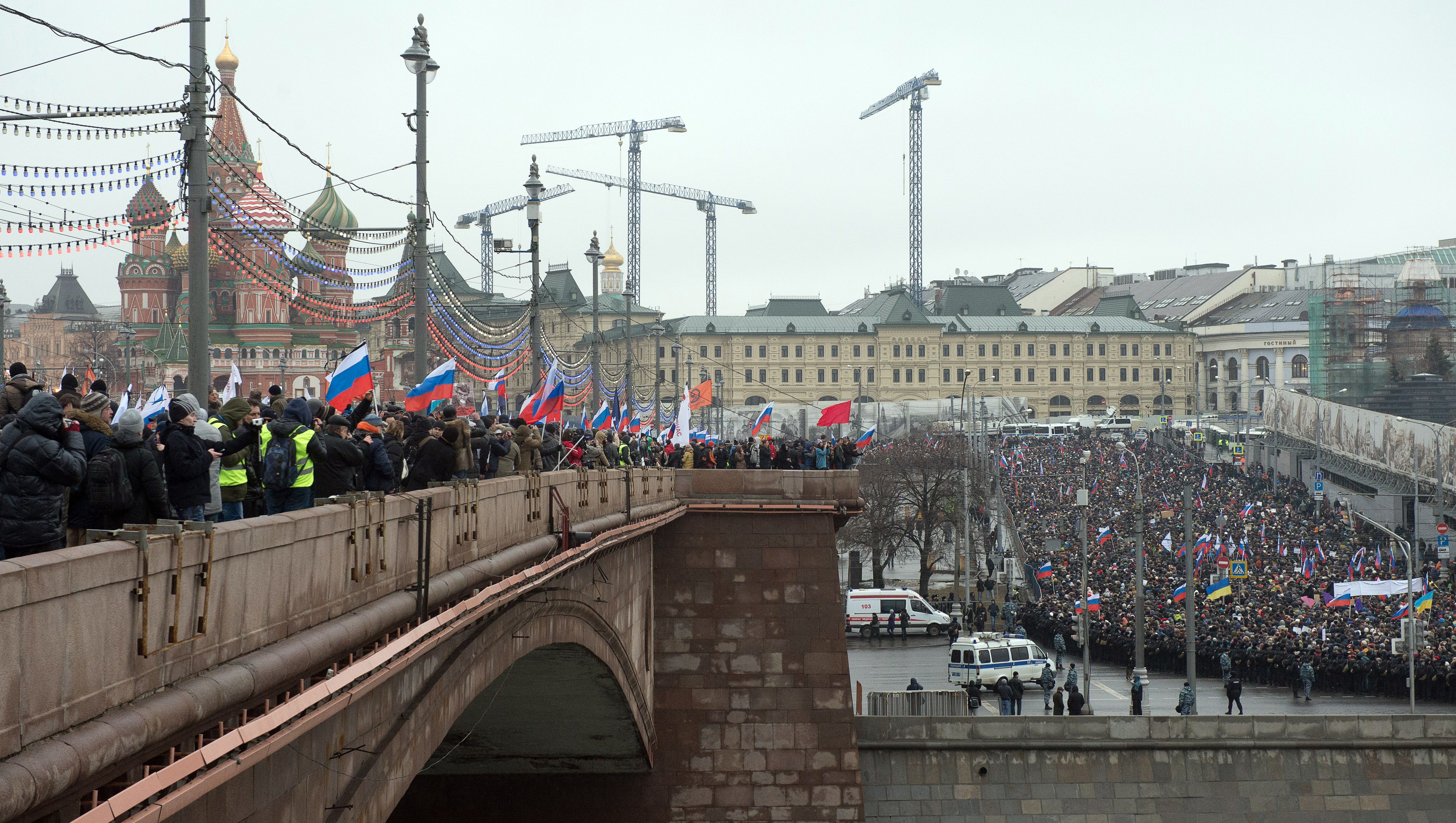 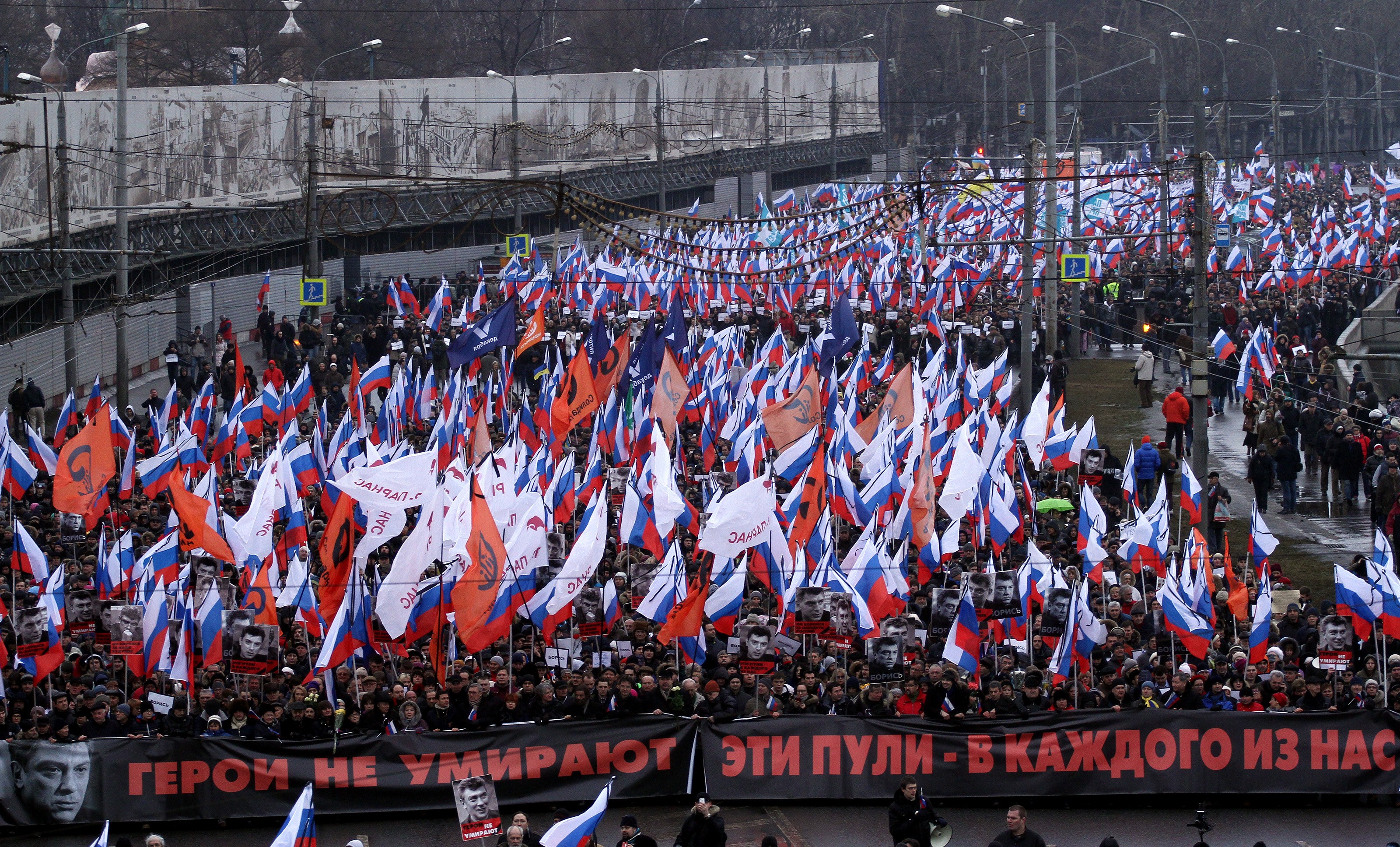 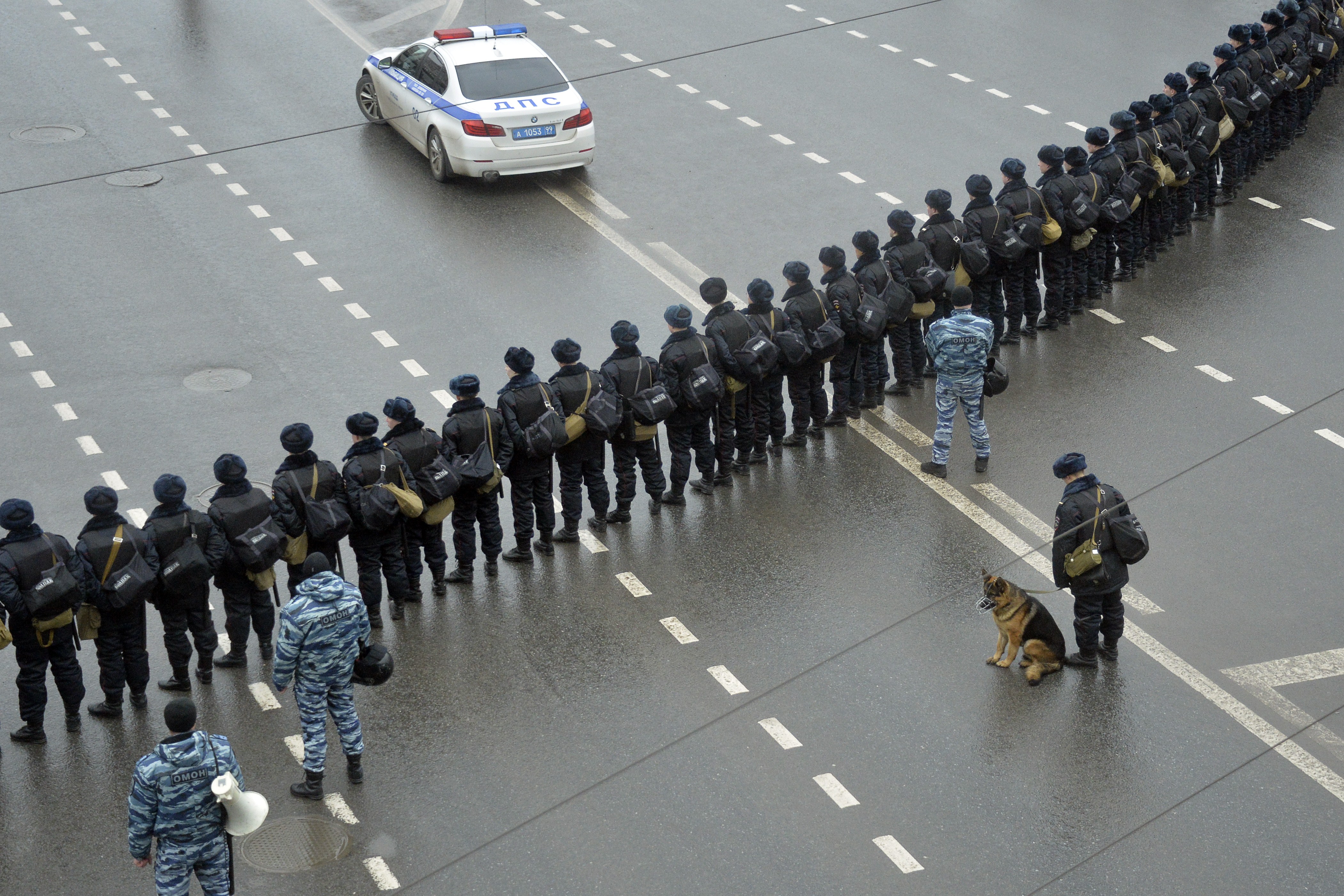 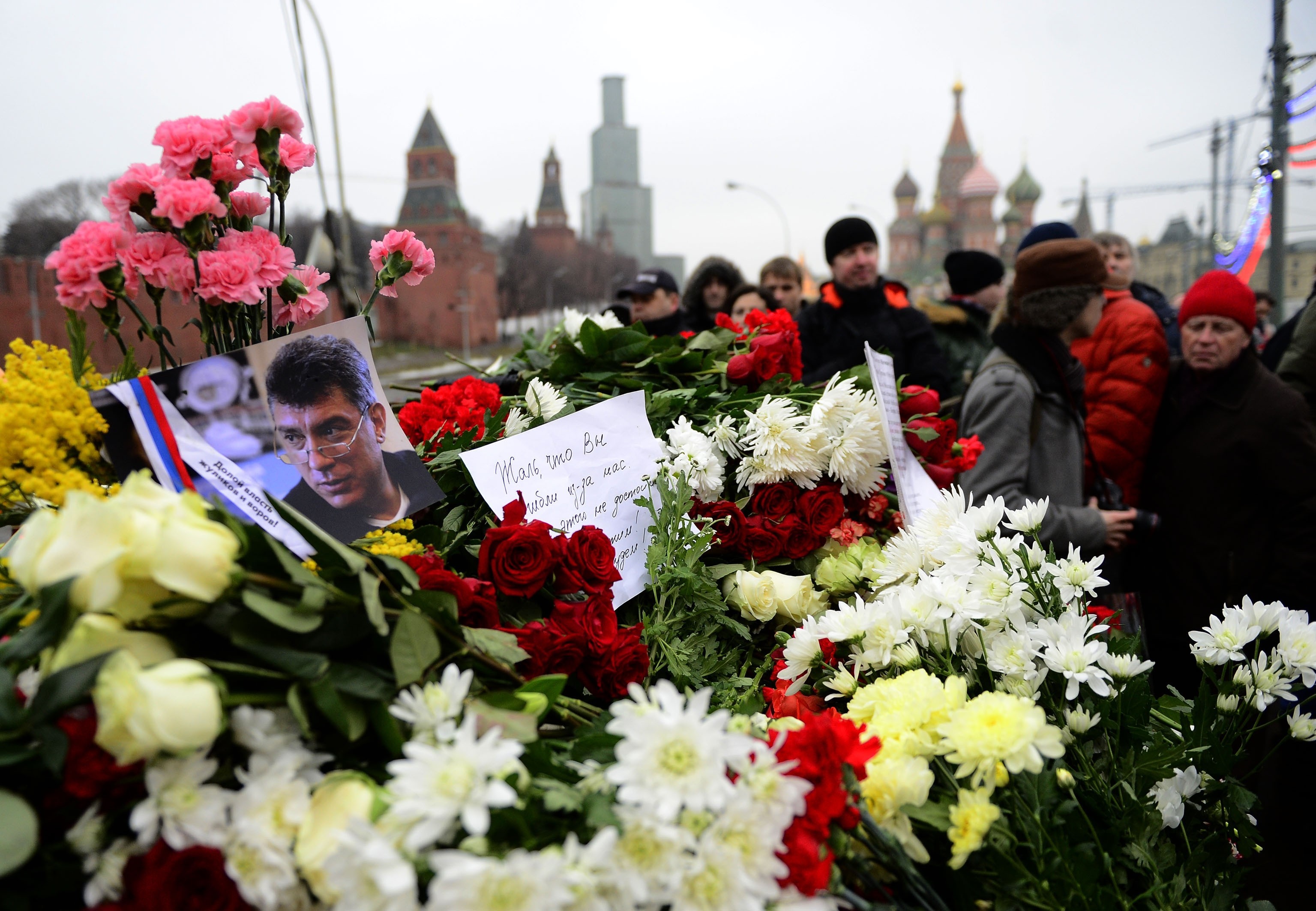 Flowers laid by supporters rest at the spot where Nemtsov was shot to death. | Sefa Karacan/Anadolu Agency/Getty 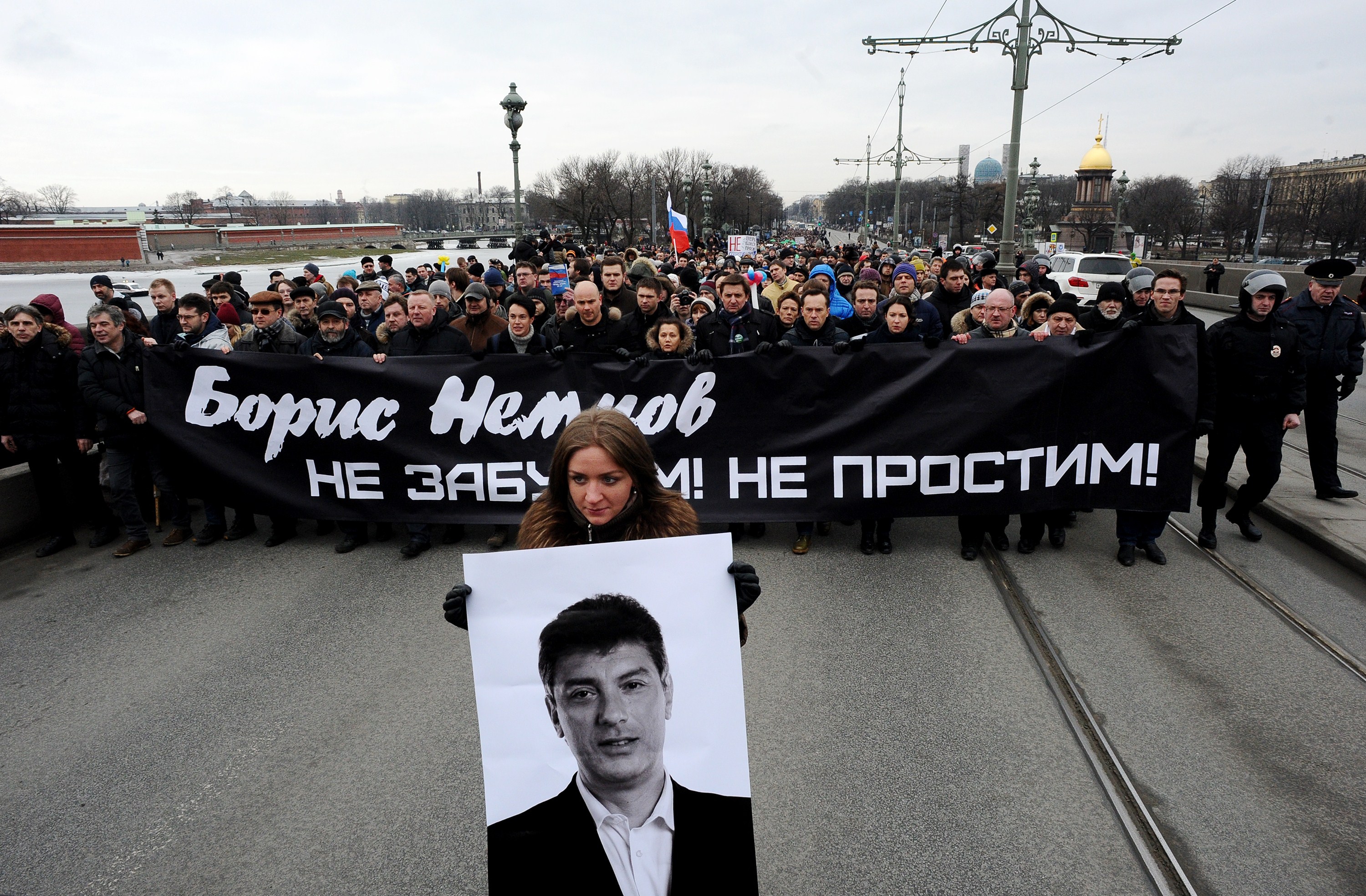 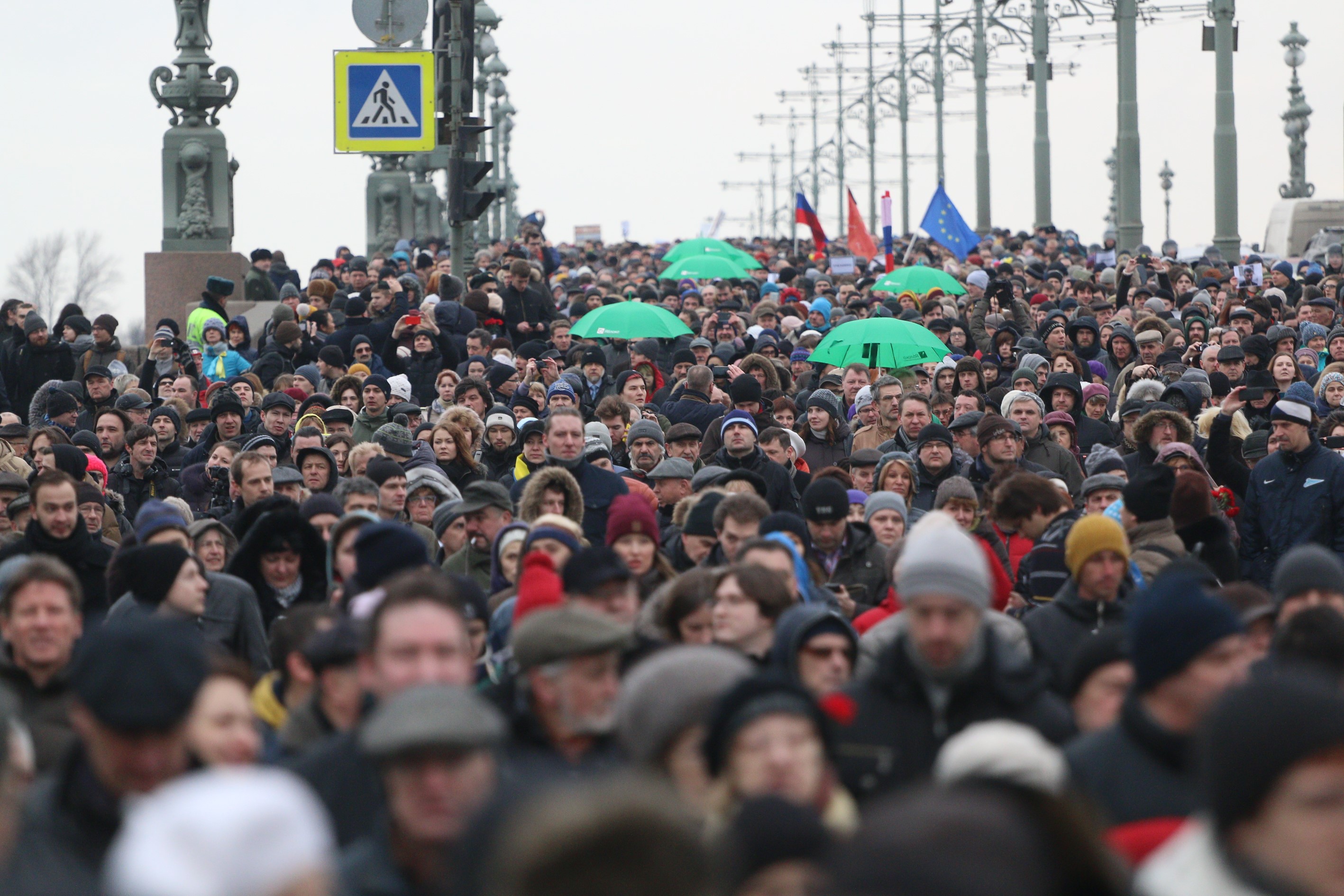 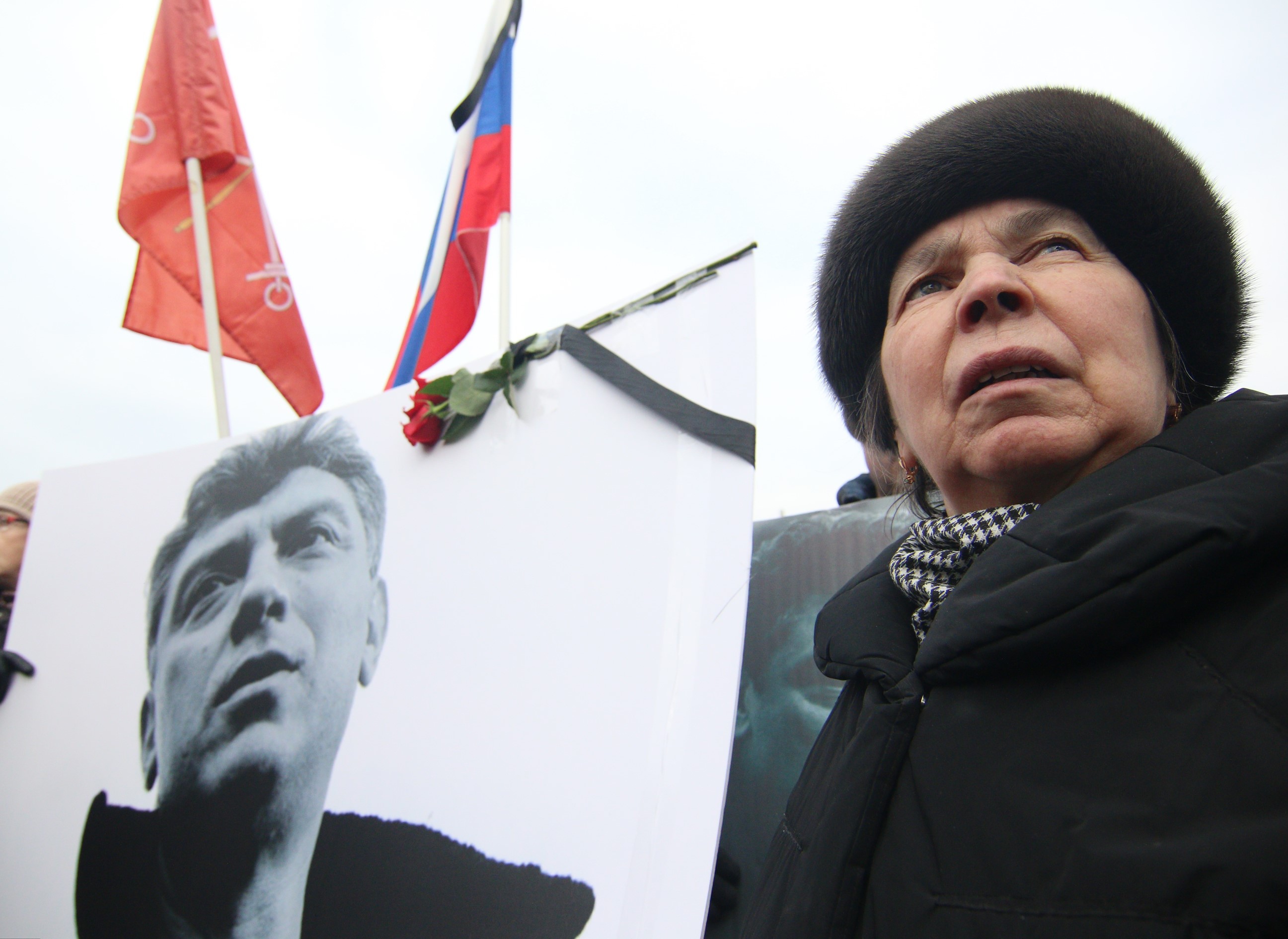 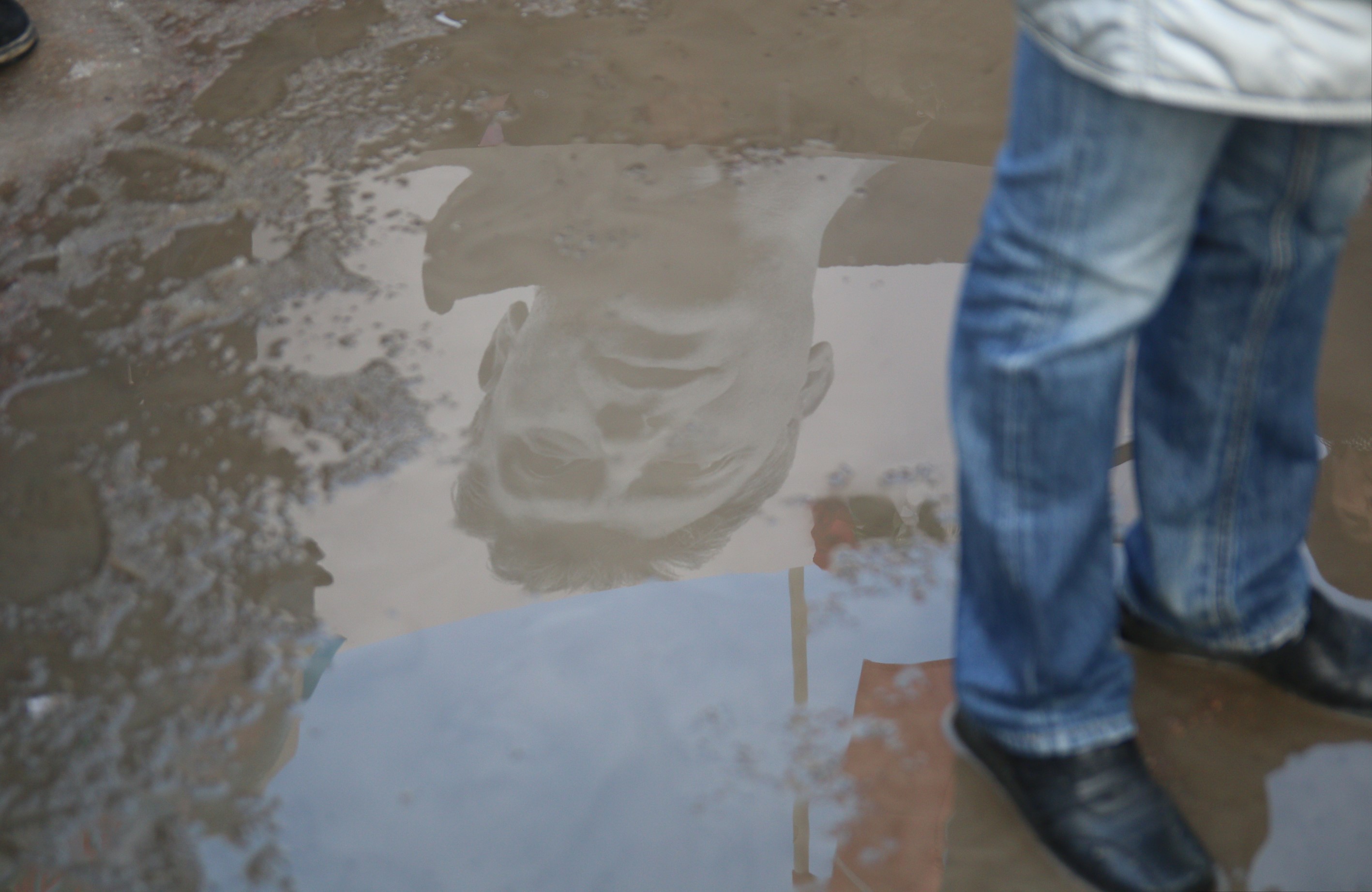 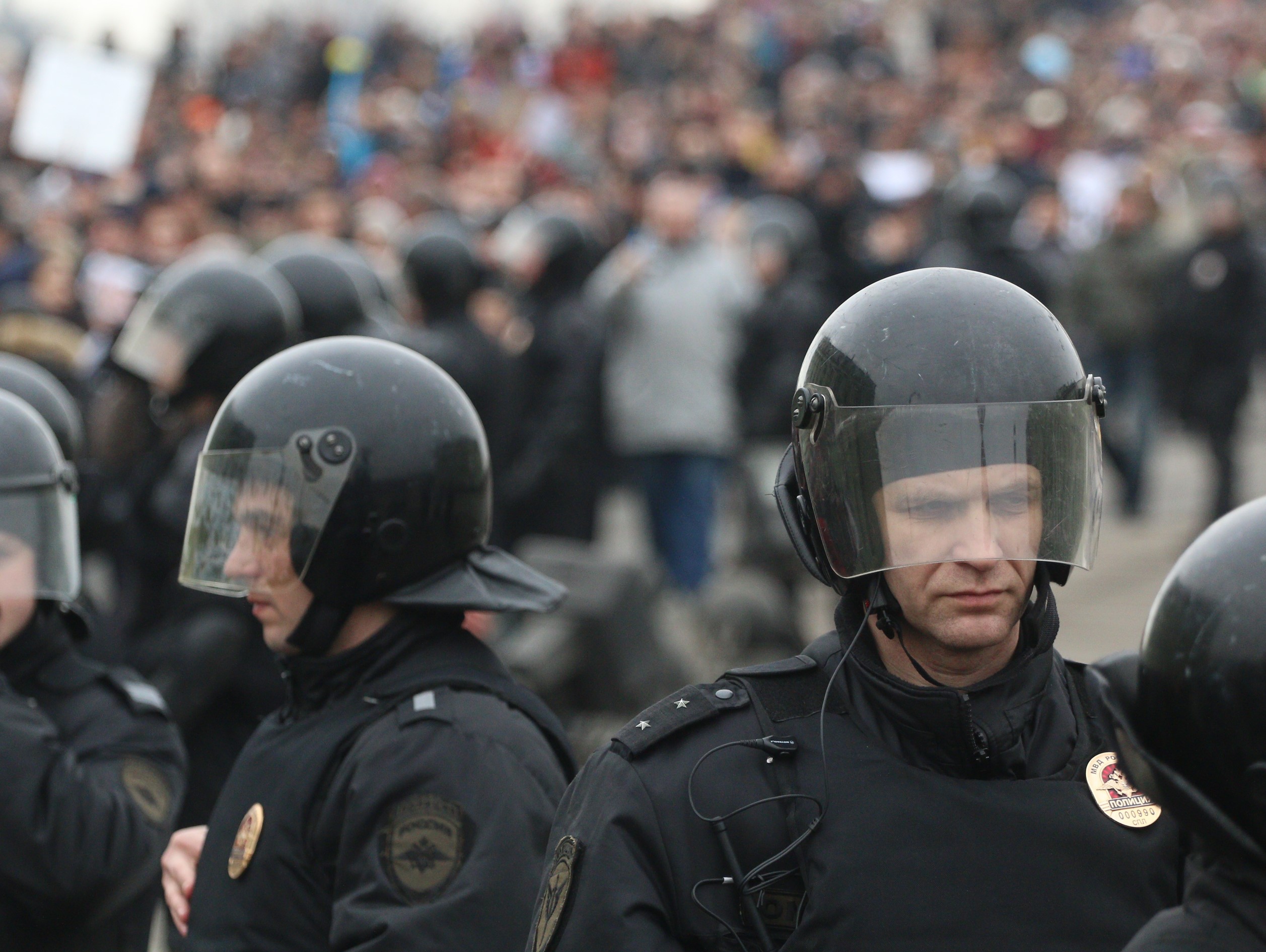 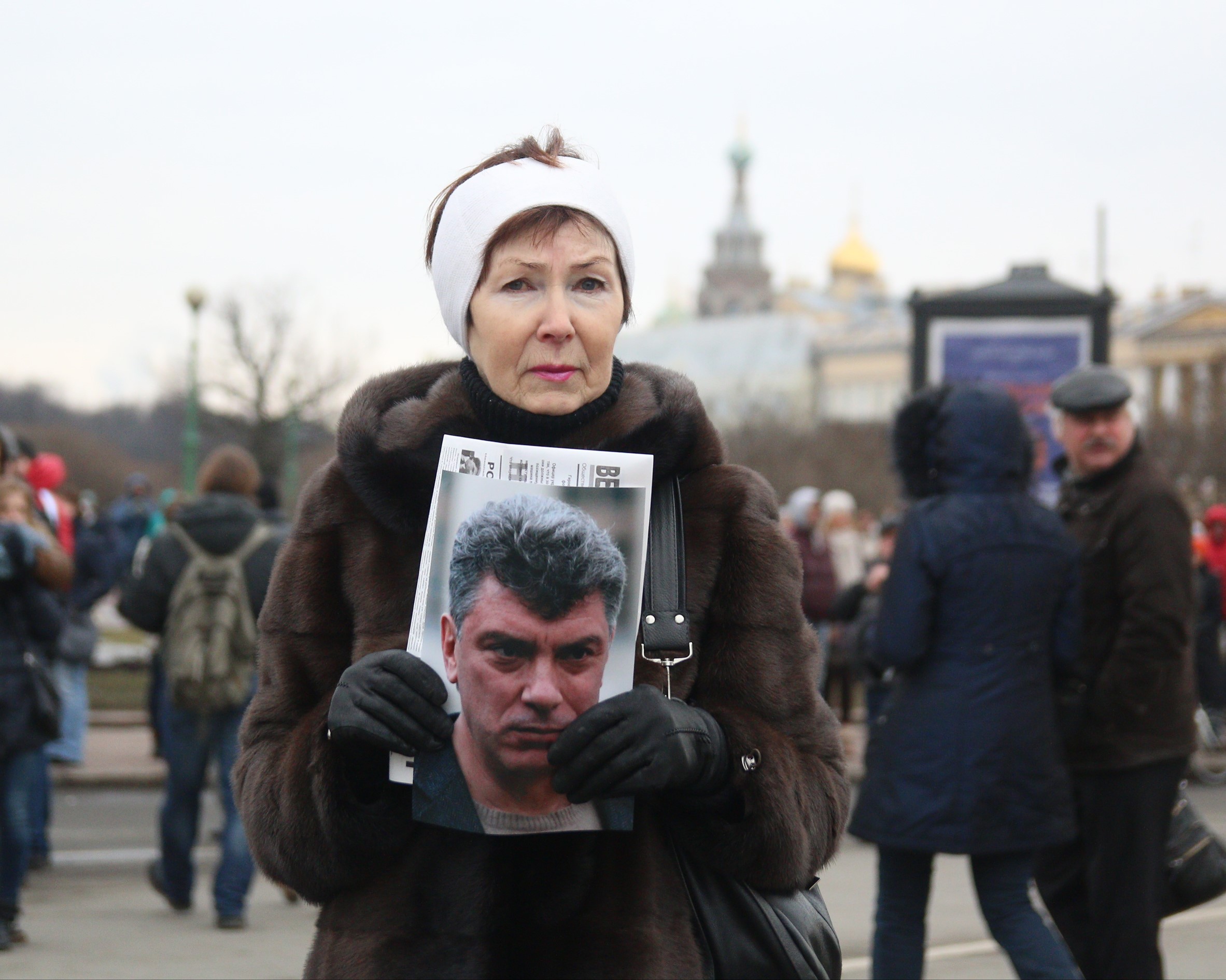 A woman holds a portrait of Nemtsov amid Sunday's rally. | Sergey Mihailicenko/Anadolu Agency/Getty 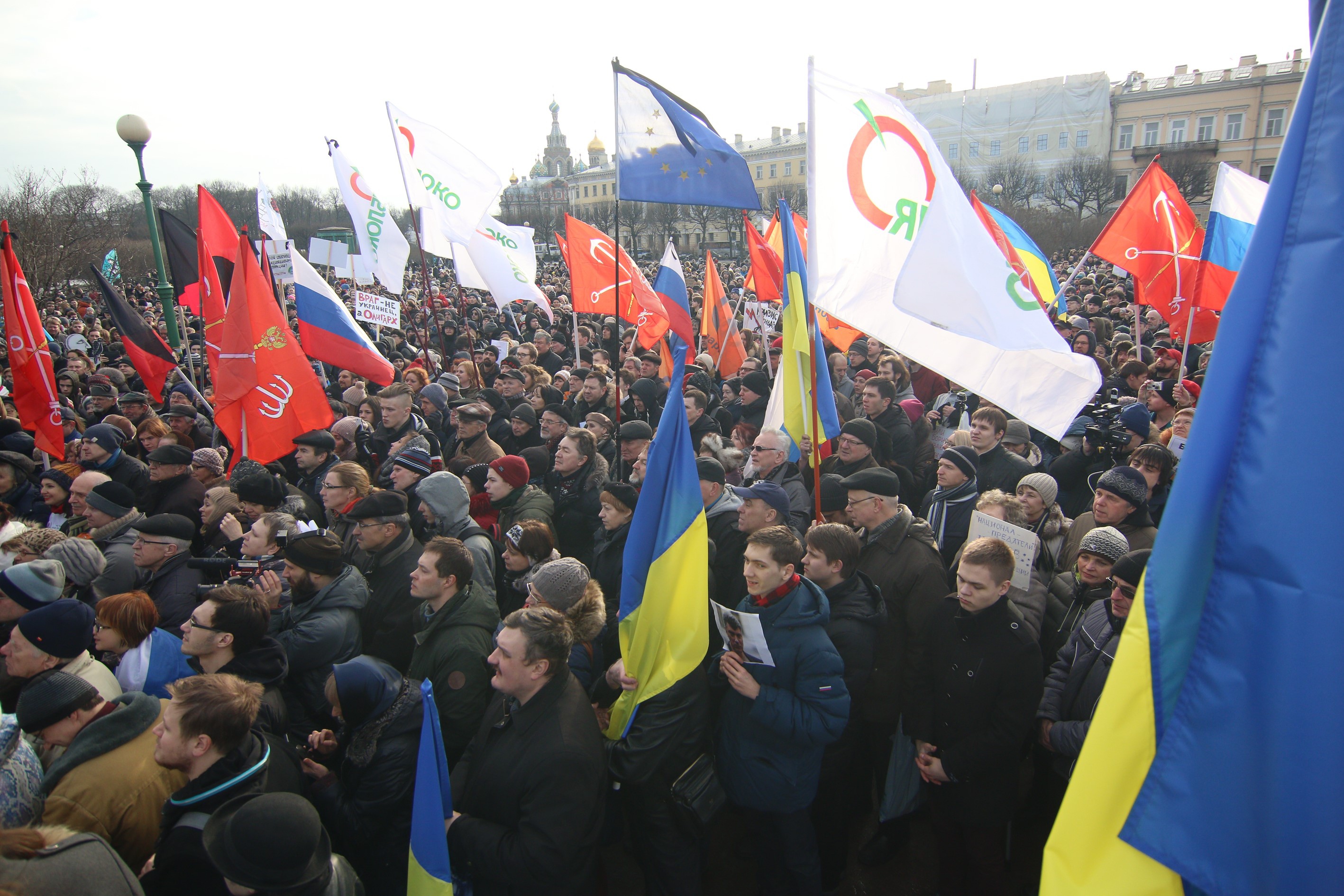 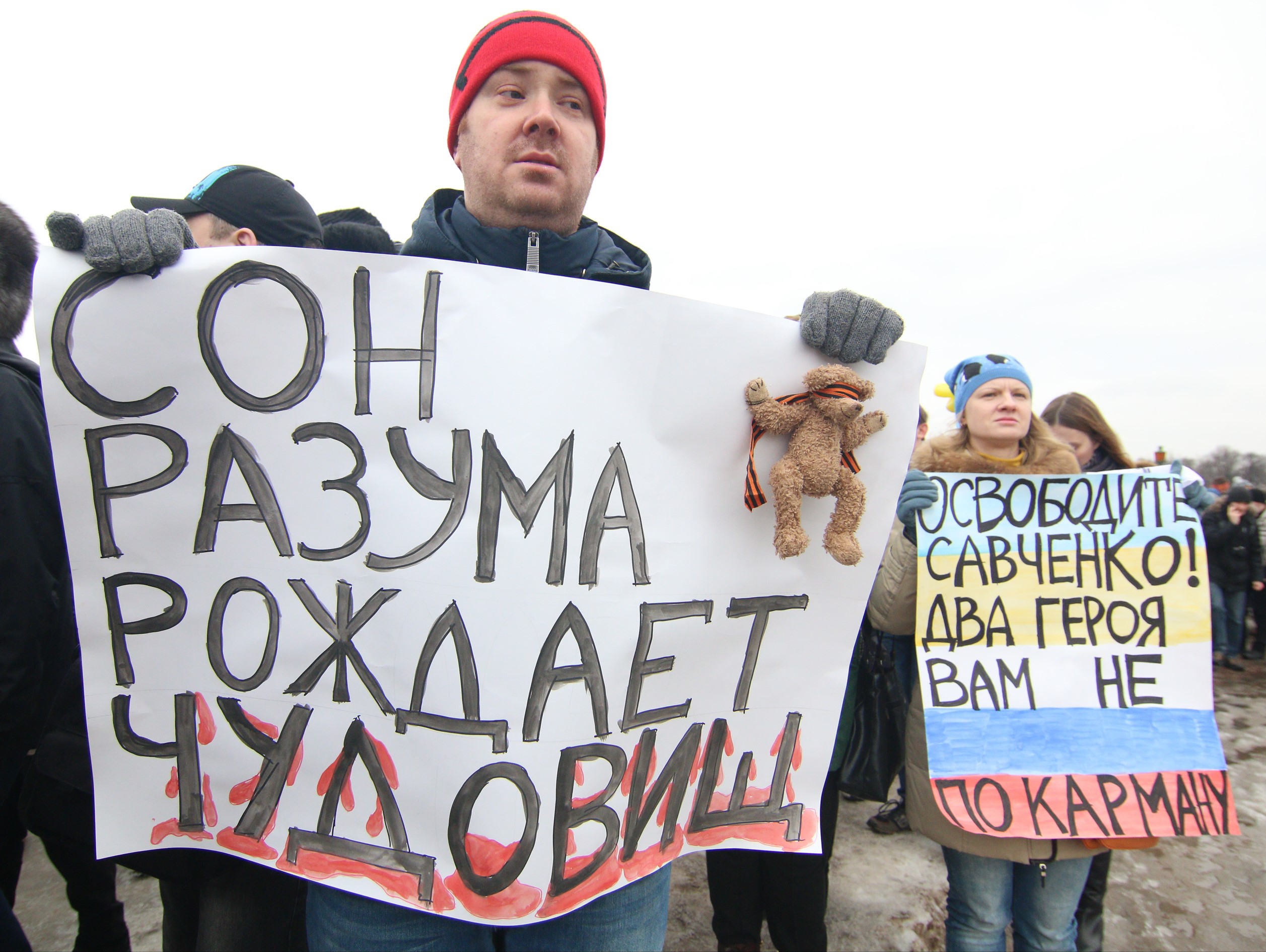 Ralliers hold signs reading "The sleep of reason produces monsters" and "Freedom to Savchenko - You can not afford two heroes." Nadiya Savchenko is a Ukrainian pilot who was captured by pro-Russia rebels and is currently on hunger strike in a Russian prison. | Sergey Mihailicenko/Anadolu Agency/Getty 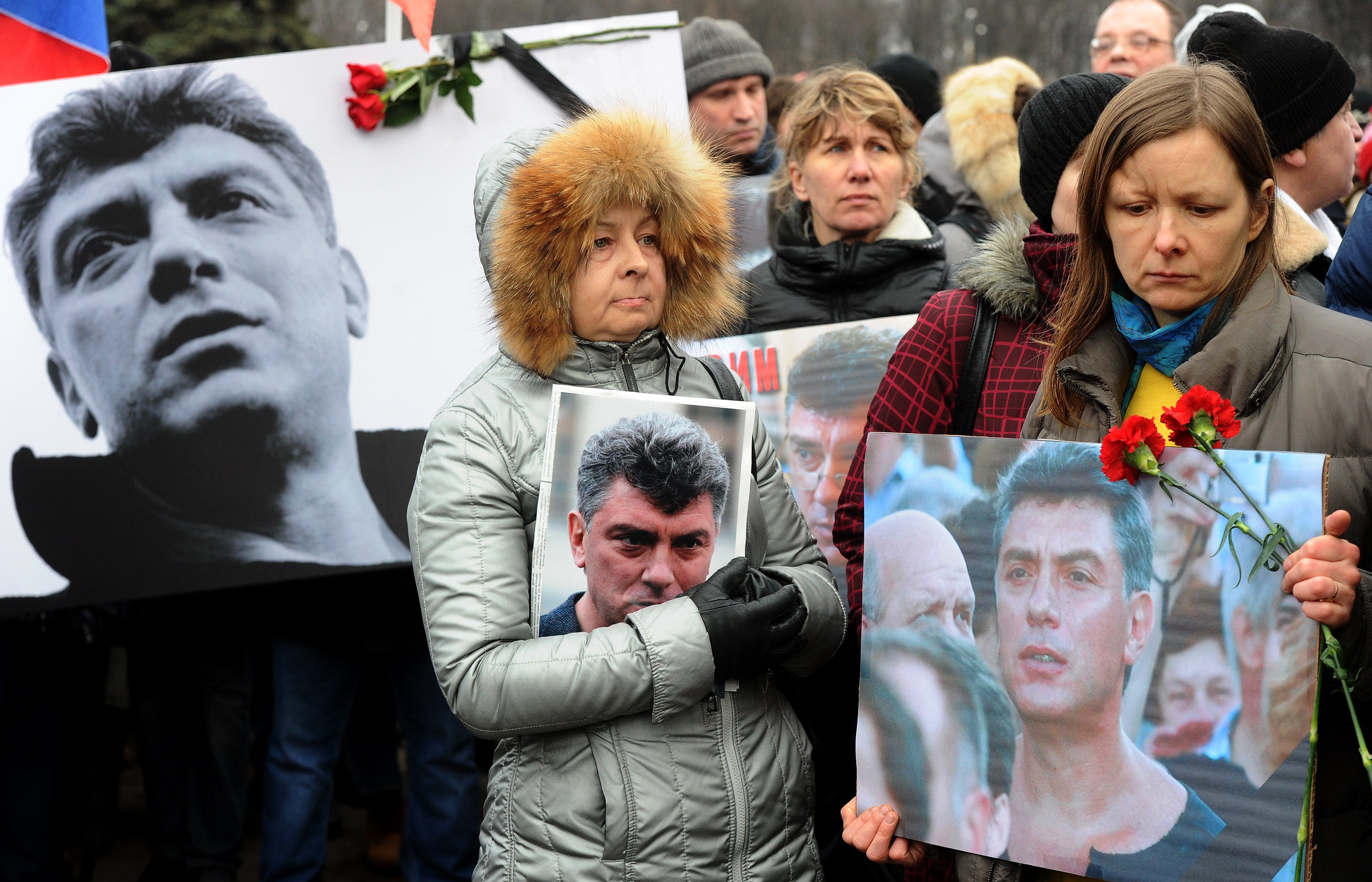 Small crowds of supporters have also gathered in the Ukrainian capital of Kiev. Nemtsov was critical of Russia's annexation of Crimea and its military involvement in eastern Ukraine. His position was deeply unpopular in Russia, but appreciated in Ukraine, where he was viewed as a politician sympathetic to Ukraine and a contrast with Putin's policies of exerting control over Kiev. Ukrainian President Petro Poroshenko called him "a bridge between Ukraine and Russia." 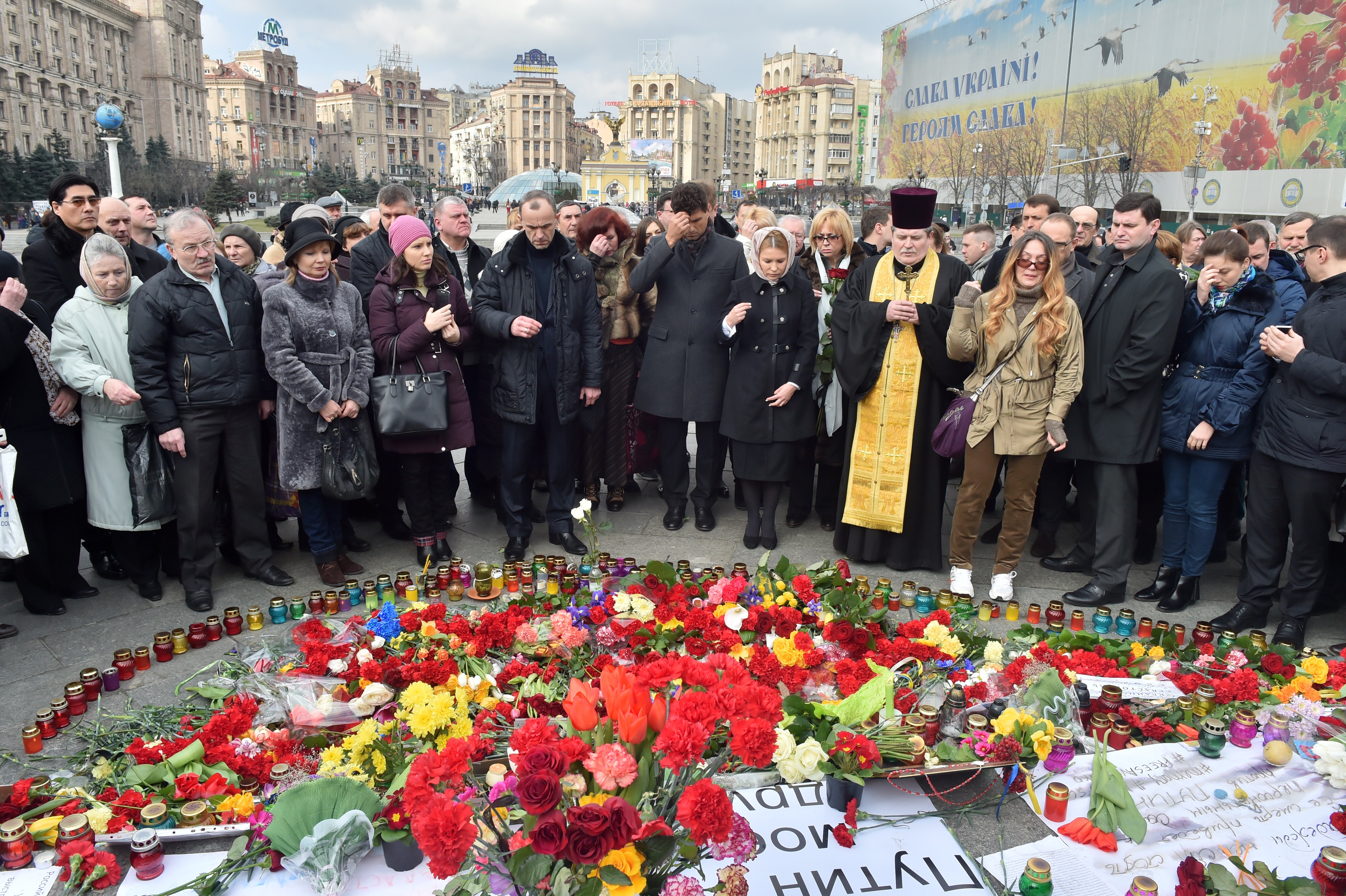 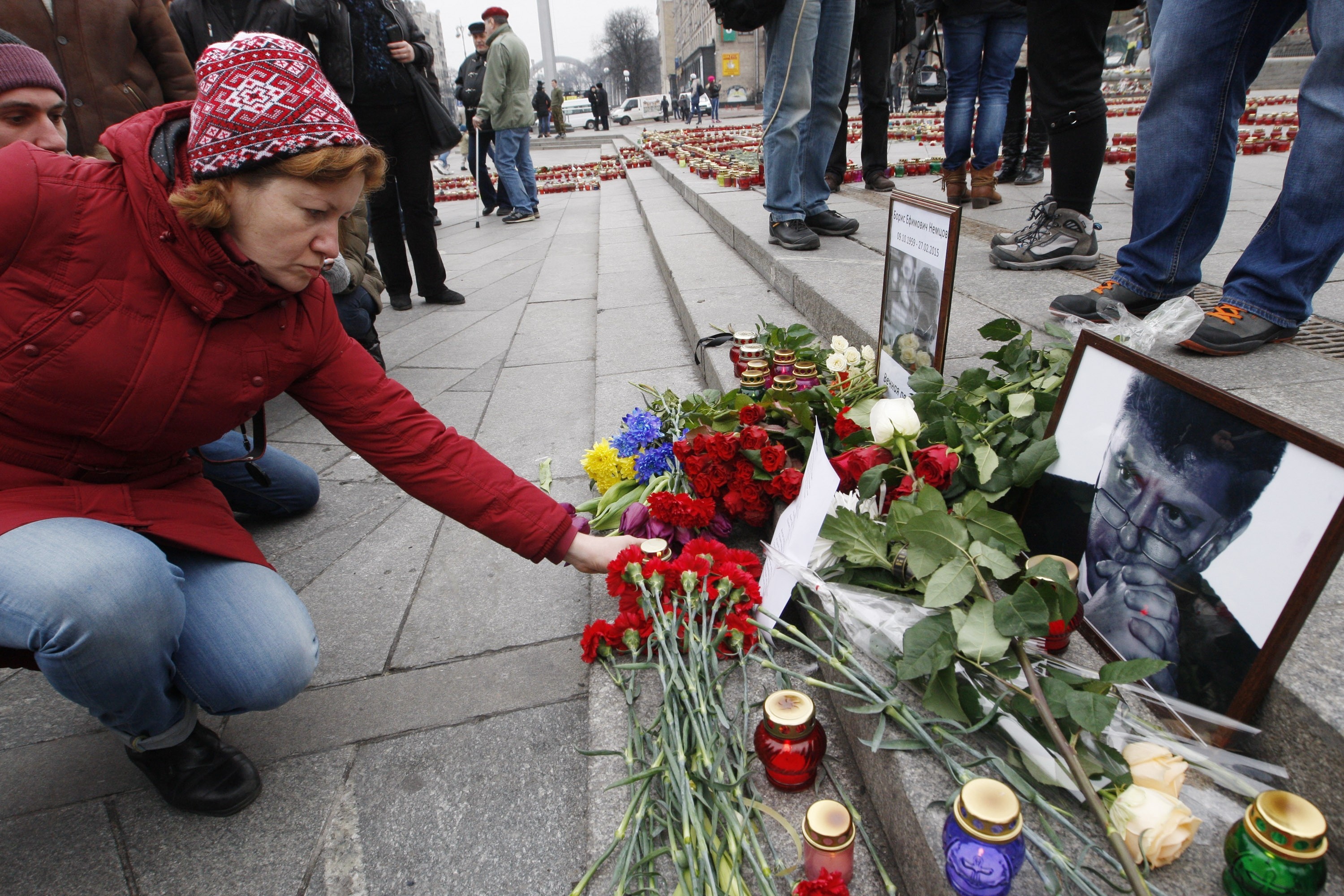 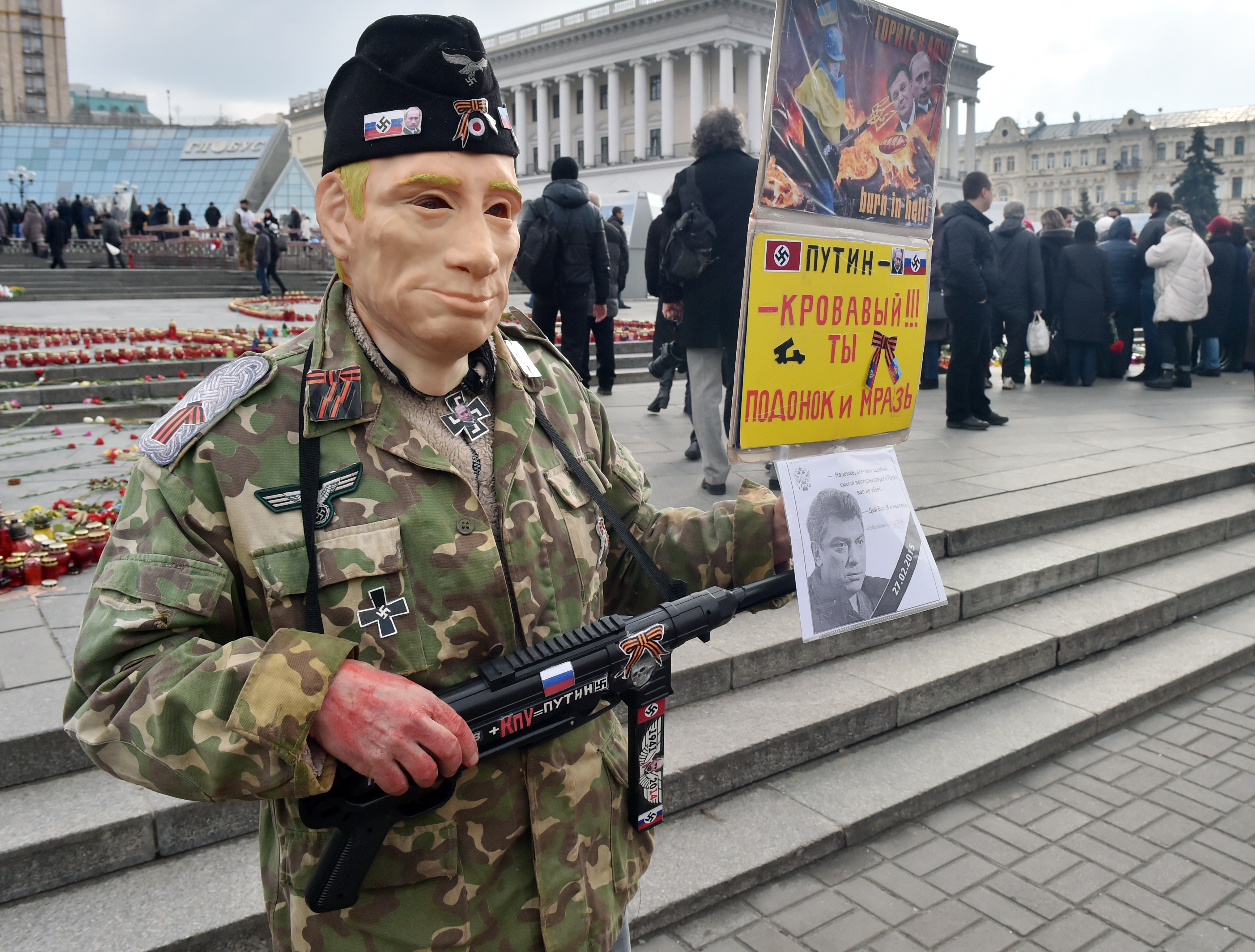