The Dutch embassy trolled all of Washington, DC, with this infographic

Share All sharing options for: The Dutch embassy trolled all of Washington, DC, with this infographic

Before legalization kicked in, Washington, DC, Mayor Muriel Bowser's office put out pamphlets that said DC won't become "like Amsterdam" by adopting the kind of loose approach to marijuana that the Dutch city is known for. Multiple media outlets, including the Washington Post, also compared both cities.

The Netherlands Embassy fired back at the comparisons, even putting together an infographic showing some of the many differences between Amsterdam and DC: 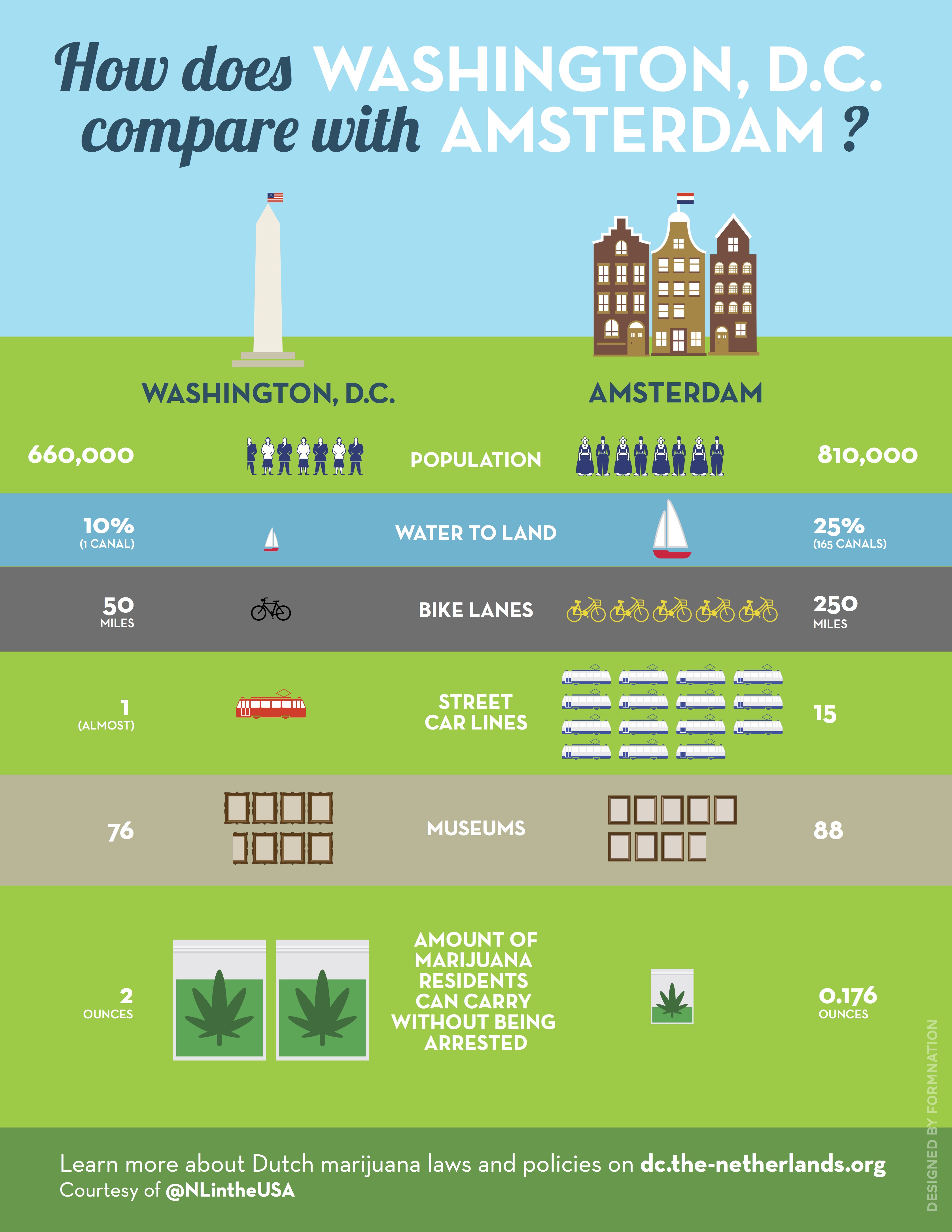 While it's funny to see the Dutch embassy trolling DC (especially with the great jab at the District's long-troubled streetcar project), there's a serious point to be made here: Having your entire identity as a country or city reduced to a drug's legalization is incredibly insulting. The Netherlands is a country diverse in culture and history; it's not just a tourist haven for marijuana.

Marijuana isn't even legal in the Netherlands — not even in Amsterdam. The reason so many people wrongly think pot is legal there — and why Dutch coffee shops can sell marijuana to customers — is police have given very low priority to the enforcement of prohibition laws.

Currently, Uruguay is the only country in the world that has fully legalized marijuana. In the US, pot remains illegal at the federal level. So the characterizations about Amsterdam and the Netherlands aren't even accurate.