Share All sharing options for: California legislators want to make it way harder for parents to opt out of vaccines

California would become third state without personal and religious exemptions 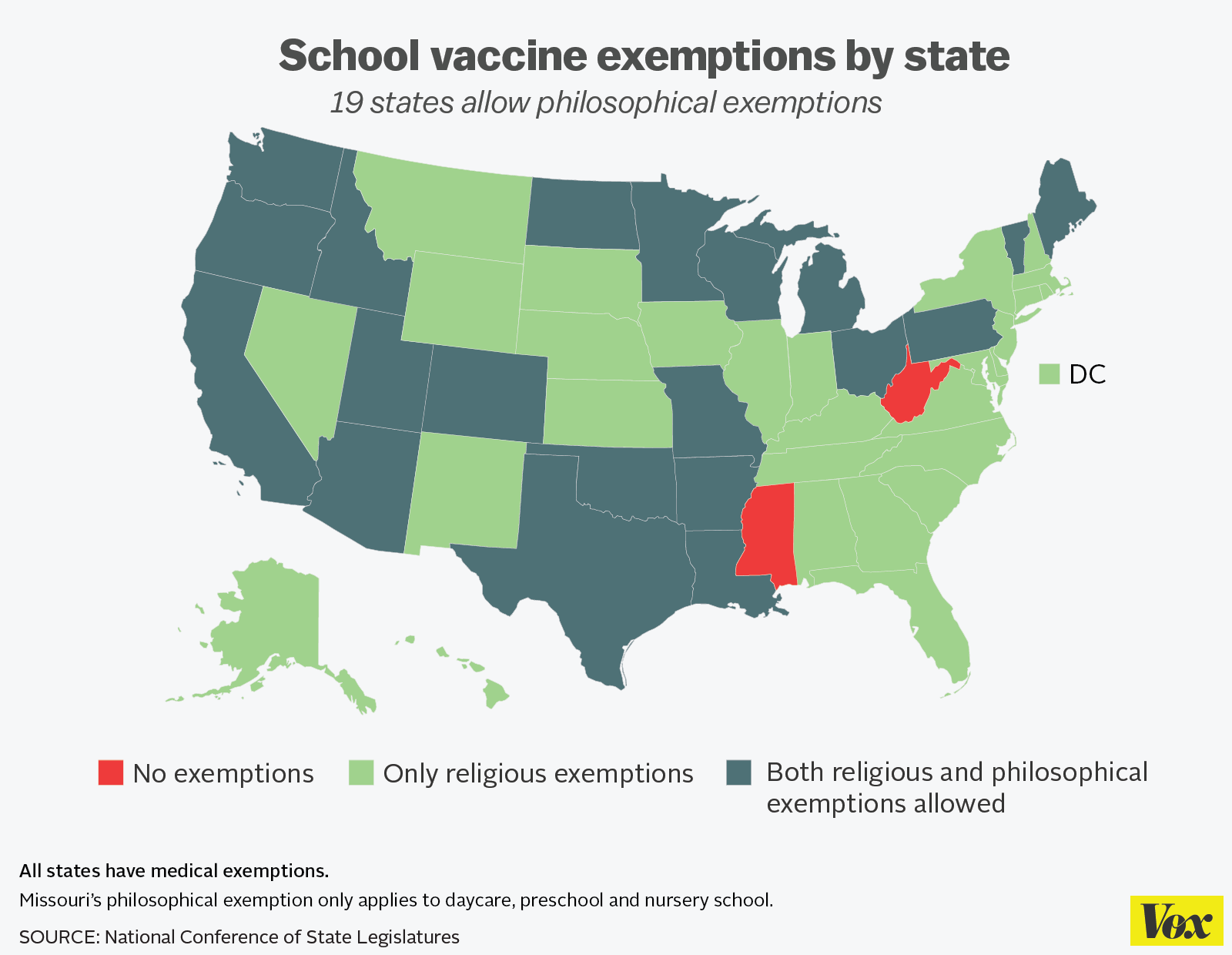 Only two other states don't have personal or religious exemptions for childhood vaccination requirements: West Virginia and Mississippi.

Less than 90 percent of California children ages 2 to 5 enrolled in the state's child-care facilities had all the required vaccinations at the start of the 2014-2015 school year, according to the California Department of Public Health. About 5 percent of the children not meeting vaccination requirements had a permanent medical exemption.

Almost everyone needs to get vaccinated for herd immunity

Widespread vaccine coverage is important because of what's known as herd immunity, a coverage threshold that effectively prevents an illness from spreading.

Vaccinated people essentially act as barriers to outbreaks, since diseases can't pass through them and infect others. This barrier helps protect some of the most vulnerable populations: infants under 12 months of age, who can't get vaccinated and are more susceptible to infection, and the elderly, who have a higher risk of death if they contract vaccine-treatable illnesses.

Herd immunity against measles requires as much as 94 percent of the population to be vaccinated, according to the Centers for Disease Control and Prevention.