One chart that shows the war on drugs is racist

Share All sharing options for: One chart that shows the war on drugs is racist

If there's anything you need to know about the impact the war on drugs has on minority communities, it's this chart: 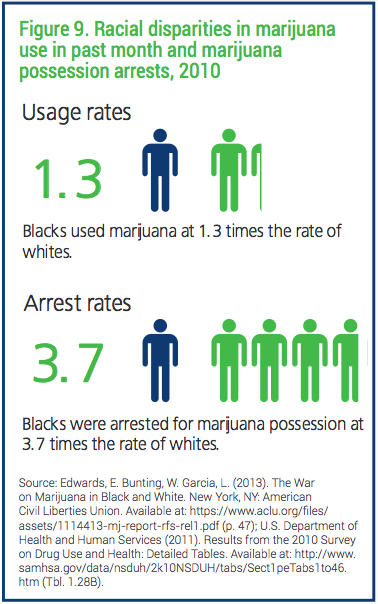 The chart comes from the Sentencing Project's new report outlining the many racial disparities in the criminal justice system.

Surveys and research show white and black Americans use and sell drugs at very similar rates, but African Americans are much more likely to be arrested for drug possession.

What's behind this disparity? The Sentencing Project explains: "Myriad criminal justice policies that appear to be race-neutral collide with broader socioeconomic patterns to create a disparate racial impact. Policing policies and sentencing laws are two key sources of racial inequality."