Share All sharing options for: This dress is tearing the internet apart and we can't explain it (yet)

BuzzFeed posted a neat trick of internet trolling late Thursday, asking people whether this dress, posted by Tumblr user Swiked, is white and gold or blue and black:

When the debate broke out among Vox's staff, Joss Fong adamantly argued that there's no black in the dress, making this compelling image: 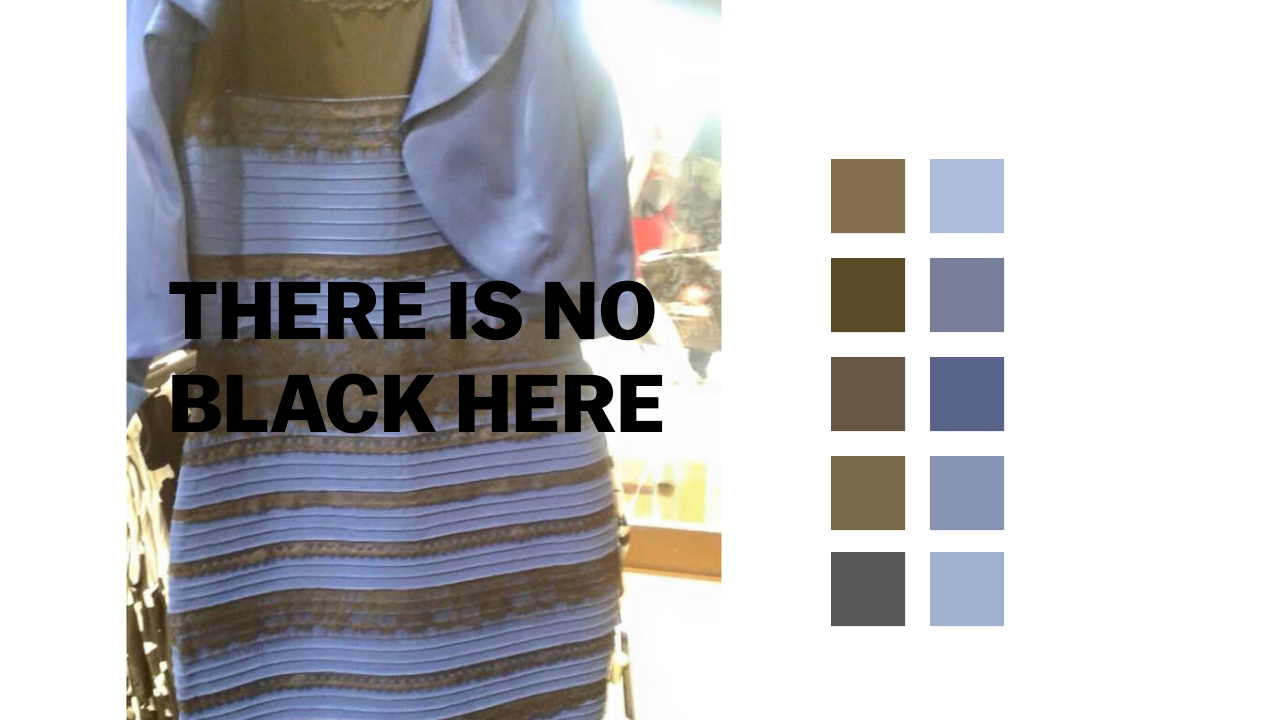 Why do different people insist they see white and gold, black and blue, or even both depending on when they look? One potential answer is that color is a lie, as this tweet from Kathryn Long, a tech artist at video game development studio Bioware, shows:

So, as an example of how fun color perception works, A and B are EXACTLY the same color in this image: pic.twitter.com/pU66dkNgZs

Swiked, who initially posted the dress on Tumblr, wrote on her page that the dress appeared black and blue in person.

"I swear to you its no hoax," she wrote. "I saw the dress in real life, it’s blue and black. Some people just see this pic as white and gold. I DONT HAVE ANY ANSWERS BUT I NEED THEM."