Share All sharing options for: Rand Paul is attacking Jeb Bush on marijuana

"When Jeb was a very wealthy kid at a very elite school, he used marijuana but didn't get caught, didn't have to go to prison." Paul told Fox News. "I think it shows some hypocrisy that's going to be difficult for young people to understand why we'd put a 65-year-old guy in jail for medical marijuana." He added, "What I'm talking about, though, is not the hypocrisy of wealth; it's the hypocrisy of evading the law, because the law seems to target and seems to go after poor people, often people of color."

Paul's comments show the libertarian streak that has turned him into one of the biggest Republican proponents for reforming the US criminal justice system and war on drugs. Paul supports legalizing marijuana for medical use but not recreational purposes. In comparison, Bush supports neither.

But there's some reason to believe discussions about marijuana will pick up, even among other potential presidential candidates, in the lead-up to 2016: at least five states could have marijuana legalization on the ballot during the election, and polls show legalization's popularity is growing.

2016 could be a huge year for marijuana legalization 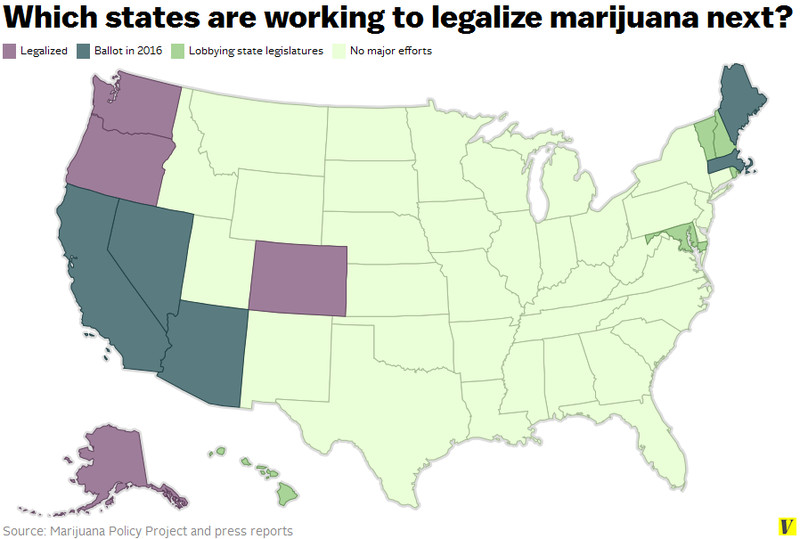 By 2017, the Marijuana Policy Project, a coalition of marijuana legalization advocates, aims to pass several more state-level laws that would regulate marijuana similarly to alcohol. Some campaigns will target 2016 ballot initiatives: Arizona, California, Maine, Massachusetts, and Nevada. Others will go through state legislatures, where supporters will lobby for legalization in Hawaii, Maryland, New Hampshire, Rhode Island, and Vermont.

Four states and Washington, DC, have already voted to legalize marijuana. Possession and sales are or eventually will be allowed in Colorado, Washington state, Alaska, and Oregon, while only possession, growing, and gifting are allowed in DC as of Thursday.

California is a particularly big target for legalization advocates, since it's the largest state in the country. If legalization makes it on the ballot and voters approve it, more than 10 percent of the US population would gain legal access to recreational marijuana — although the drug would remain illegal under current federal law. It would also be somewhat of a turnaround after California voters rejected a marijuana legalization ballot initiative in 2010, which came as a bit of a shock to advocates who were confident the state would be the first to legalize pot in the US. 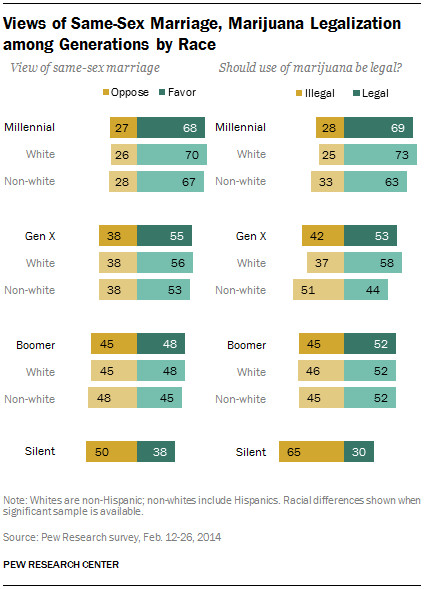 Not only is support for marijuana legalization growing across the country, but polls also show that it's particularly popular among millennials. One of the demographics Paul is trying to reach out to for his potential 2016 bid is young people, particularly those attending the Conservative Political Action Committee conference this week.

Tapping into that growing support and younger demographic is one of the ways Paul could carve out a place for himself in the Republican primaries. If the presidential campaigns reach some of the states that will eventually vote on legalization in 2016, the position could hit very close to home for some voters.