Share All sharing options for: Facebook is making it easier to get help for friends who may be suicidal

The site announced yesterday that it's partnered with mental health organizations like the National Suicide Prevention Lifeline to provide resources, support, and guidance to struggling individuals and their friends and family.

"For those who may need help we have significantly expanded the support and resources that are available to them the next time they log on to Facebook after we review a report of something they’ve posted," Facebook executives wrote in a blog post.

The tools will build on Facebook's current reporting system, which allows users to fill out a form to report troubling posts. Now, users can simply click on the little arrow on the corner of a post that suggests a user is having thoughts about suicide or self-harm.

The user who who wrote the troubling post will get a message next time they get on Facebook, encouraging them to call a hotline speak with a mental health expert, and will also be pointed toward online resources. 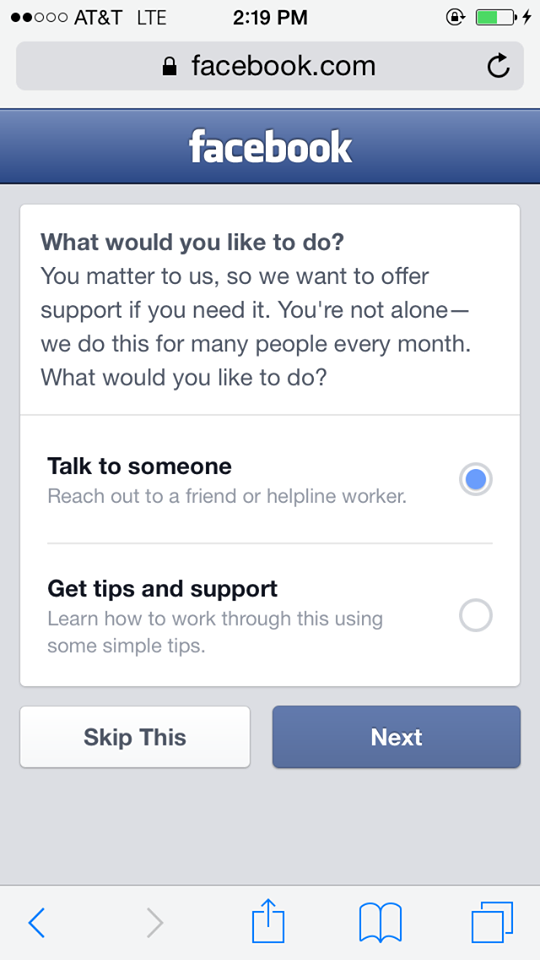 If there's a direct threat of suicide posted on the site, Facebook asks users to immediately contact emergency services.

book is also reaching out the users that report those concerning posts. The site will direct them to contact the person by phone or Facebook message. It will also provide users who flag posts with the hotline number for additional support.