The fiasco that is the Nicaragua Canal, explained

Share All sharing options for: The fiasco that is the Nicaragua Canal, explained

Back in December, one of the world’s largest — and possibly most flat-out insane — construction projects got underway.

Nicaragua has enlisted a little-known Chinese billionaire to dig a 161-mile canal across the country and link the Pacific and Atlantic Oceans. If built, the Nicaragua Canal would be longer, wider, and deeper than the 51-mile Panama Canal to the south. It could, in fact, be the largest excavation in human history:

Why a new canal? The idea, at least, is that a bigger Nicaragua canal could accommodate the next generation of super-sized container ships that can’t squeeze through Panama’s locks. Nicaragua’s leaders have also promised the project could double GDP in one of Central America’s poorest countries.

But that's only if the canal actually gets finished. And that's still a huge question mark. Most press coverage to date has emphasized the potential for complete and utter disaster. The consortium in charge — the Hong Kong Nicaragua Canal Development Group (HKND), led by Beijing-based telecom billionaire Wang Jing — has little experience with these sorts of projects and was awarded the contract in a secret deal with Nicaragua's Sandinista government. No environmental reviews were conducted beforehand, even though the project runs through Lake Nicaragua, the country's main source of drinking water.

Experts warn that the construction timetable (5 years) is implausible, that the canal could be threatened by volcanoes, and that there may not even be enough shipping demand to justify the project's massive price tag ($50 billion or more). And that's only the start of the problems…

HKND didn’t even release a detailed description of the project until December, right as work got started. You can read it here (pdf). I was curious if the plan was really as insane as it sounds. So I asked Julio Miranda, a structural engineer with CH2M HILL (which is currently overseeing an expansion of the Panama Canal), to talk me through the blueprints:

Reading the description, it’s easy to see why the canal is so daunting. Workers would have to dig up 175 billion cubic feet of dirt, enough to bury Manhattan 21 stories deep. And they'd have to do it in a country with frequent and intense rain. "Compared to this, the Suez Canal was chickenfeed," Miranda says.

In its description, HKND says it will need more than 2,000 pieces of major construction equipment, four billion liters of diesel fuel, one billion liters of bunker fuel for the dredgers, 400,000 tons of explosives, and untold millions of tons of cement and steel. The company would have to import all of this stuff into Nicaragua and build entirely new ports and roads wide enough to fit the big equipment.

'If you tell us to build a canal, we'll build the canal. The question is, at what cost?'

Miranda's initial take was that, sure, building the canal was possible. But that wasn’t the right question to ask. "We engineers are worker bees," he said. "If you tell us to build a canal, we’ll build a canal. The question is, at what cost? What timeframe?"

On that, Miranda was much more skeptical the canal could be built in five years for a cost of $50 billion. That's the price tag promised by HKND, which was awarded the contract in exchange for a concession to run the canal for at least 50 years.

For one, no one knows how HKND will actually finance the project. Wang Jing, the billionaire in charge of the consortium, claims he’s spending $10 million of his own money each month, but that’s not nearly enough. Some analysts have speculated that the Chinese government could chip in funds, particularly if it sees the project as a way to exert influence in the Western Hemisphere. But if that financing doesn't appear, this project will be nothing more than an elaborate PR stunt.

What’s more, contrary to early reports, HKND hasn't actually broken ground on the canal yet. The company is still engaged in preliminary work like building access roads — work that will last until September 2015, at least. Miranda points out that only a handful of workers seem to be employed for now. "There's not enough for a canal this size," he said. "So, yes, I highly doubt the five years."

Miranda also notes that the project description is oddly silent on some key details — like volcanoes. The section of the proposed canal that stretches through Lake Nicaragua would pass by Ometepe Island, home to an active volcano, Concepción, that spews out ash every now and again. (Indeed, it was the fear of volcanoes that scuttled US plans for a Nicaragua Canal in the early 20th century.)

"As far as I can tell, no one’s studied how that might affect the canal," Miranda says. "Someone should really take that more seriously."

Right now, ships that want to pass between the Pacific and the Atlantic use the Panama Canal, which is currently undergoing a major $5.25 billion expansion. And many shipping analysts have publicly said this will be more than sufficient for the foreseeable future. (For most ships, it will be cheaper and easier to move through Panama's shorter canal.) 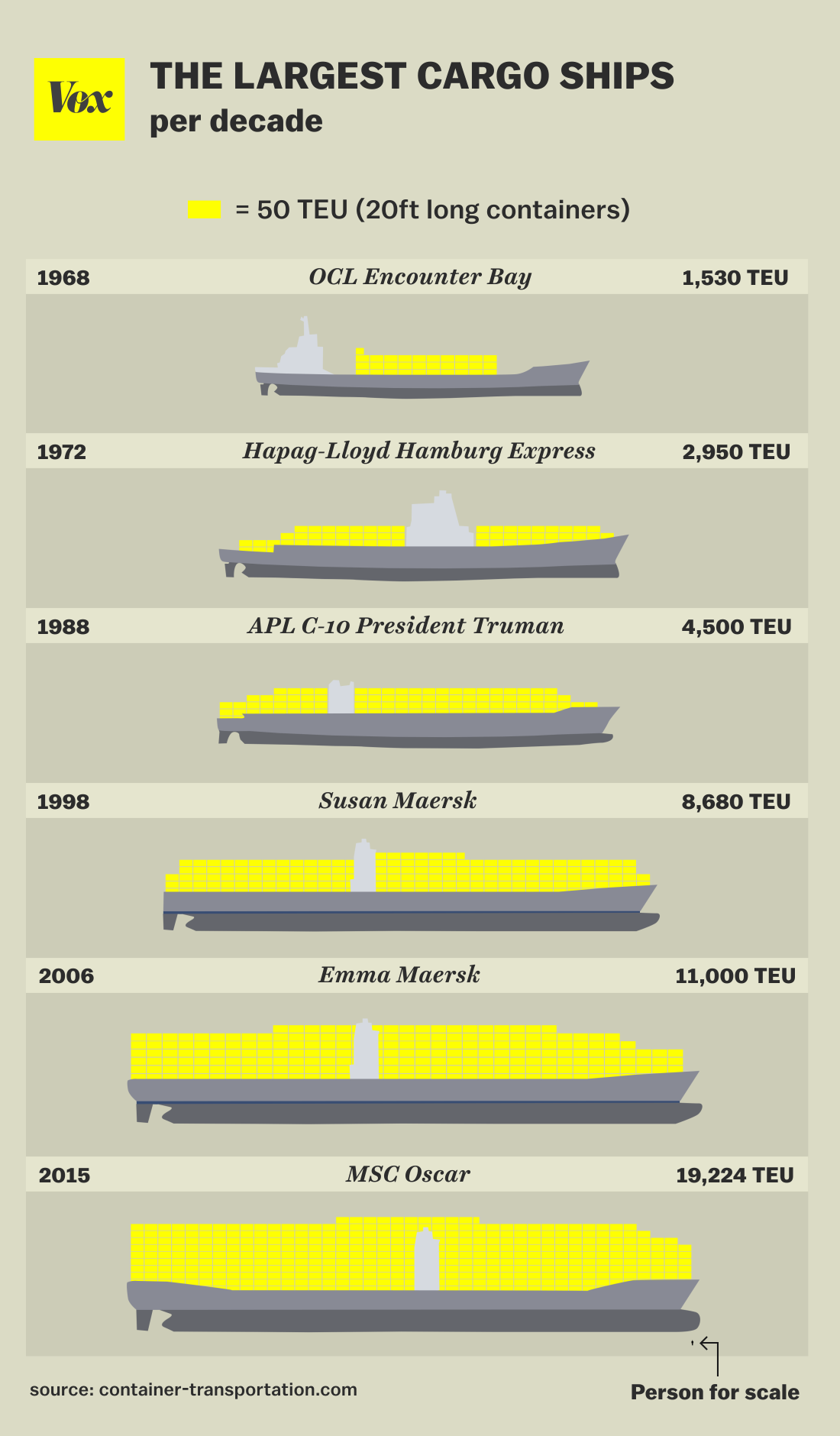 In December, Nicaraguan Vice President Omar Halleslevens vowed that one day 5 percent of global commerce will move through the canal.

But there are a few problems with this: For one, it’s unclear how many super-sized container ships will really need to pass through Central America. One company that operates super-sized ships, Maersk, told CNBC that the canal was "not something we have a demand for, and we're not able, at this point, to tell whether we will use it."*

The pitfalls are many. For one, global shipping traffic has been growing at a fairly sluggish rate. Second, the United States doesn’t even currently have any ports deep enough to fit these massive ships. Third, in the future, due to global warming, there’s a possibility that new Arctic routes will open up that will allow more ships to travel.

That all raises the odds the Nicaragua Canal will be an expensive boondoggle that very few shipping companies would ever need or use.

The canal could be an environmental disaster

A boy rows a boat past an islet on Lake Nicaragua, also known as the Cocibolca or Granada Lake, in the Nicaraguan western city of Granada, some 45Km southeast of Managua, on April 24, 2014. (Inti Ocon/AFP/Getty Images)

Perhaps the biggest concern about the canal, meanwhile, is that construction will run through Lake Nicaragua — the nation's main source of drinking water. Yet there have been hardly any environmental reviews to date.

Jorge Huete-Pérez, a vice president of Nicaragua’s academy of sciences, told me that Lake Nicaragua is a national icon — a source of fisheries and tourism, but also a key freshwater reservoir for much of the nation. Indeed, some scientists have suggested that the lake will become vastly more important as a water source in the future if climate change brings more frequent droughts.

But in order to build a canal 30 meters deep, HKND will have to dredge an enormous amount of sediment from the bottom of the lake (which is only about 13 meters deep, on average). That could churn up toxins that have accumulated in that sediment. "One big concern is that this could lead to hypoxic conditions that could kill life in the lake," Huete-Pérez says.

Another concern is whether HKND will need to use dynamite to break up the rock at the bottom of the lake in order to dredge it. That could wreak havoc on the lake’s ecology. Though the company has said it won’t use explosives, Miranda, for his part, is skeptical. "They’re going to hit rock, and then what will they do?" he asks. "Have they found some magic new way?"

Plus, if the canal ever does get built, heavy ship traffic will be passing through, with the potential for oil spills and other pollution.

The contract was awarded without any environmental reviews

Other biologists have pointed out that the canal’s route will slice through a variety of nature reserves that are homes to some 22 species vulnerable to extinction, from tapirs to jaguars to turtles. The Association for Tropical Biology and Conservation warned that the canal could impede the movement of key species and asked the country to suspend construction until environmental reviews are carried out.

So far, however, the project has been shrouded in secrecy. Nicaragua’s government awarded the contract to HKND in 2013 without conducting any environmental reviews first. That process raised more than a few eyebrows — the National Assembly had earlier passed a special law that gave all sorts of special benefits to the contractor, such as immunity from penalties for breaching the contract.

HKND now says it has asked the consulting firm ERM to do an environmental impact assessment — something that ideally should have been done in the first place. But that review isn't due out until mid-2015 or later. "So what are the chances this will have any impact on decision-making?" asks Huete-Pérez. "I don’t see any possibility."

Thousands of demonstrators march against the 173-mile Interoceanic Grand Canal that they say will negatively impact the environment, communities and Nicaraguan sovereignty, in Managua, Nicaragua December 10, 2014. (Photo by Sandra Cuffe/Anadolu Agency/Getty Images)

Given all this, it’s not surprising that a number of people in Nicaragua have been protesting the canal with demonstrations and marches. In December, hundreds of people blocked a highway to Mangua. The Nicaraguan government has met protests with heavy police presences, arresting dozens of people — with two protestor deaths recorded in 2014.

Among other things, opponents note that people are being forced off their land to make way for the project. The special law passed by the National Assembly in 2012 gave HKND land-expropriating powers, and not everyone’s a fan of how those powers are used. One internal assessment obtained by Scientific American said that HKND’s process for acquiring land for preliminary access roads "did not meet international standards."

According to The Washington Post's Joshua Partlow, recent polls have suggested that a majority of Nicaraguans still support the project, though that support has been weakening. The Sandinista government still promises that the project will create thousands of jobs and promote billions in investment, but skepticism is growing. (HKND says the project will create 50,000 jobs, though about half will come from abroad, mainly China.)

"One big fear is that HKND will end up abandoning this project partway through," Huete-Pérez says. In that case, Nicaragua could suffer some of the environmental damage and social upheaval — but get none of the promised benefits.

* Correction: This piece originally described Maersk as "the" company that operates super-sized container ships. It's one of several.

-- Both Jonathan Watts in the Guardian and Joshua Partlow in The Washington Post had some terrific on-the-ground reporting about the Nicaragua Canal.

-- Pablo Fonseca's piece in Scientific American has some excellent detail on the environmental impact, including statements from a variety of conservation groups.