New secretary of defense: transgender soldiers should be able to serve openly in military

Share All sharing options for: New secretary of defense: transgender soldiers should be able to serve openly in military

The US military still prohibits trans soldiers from serving openly 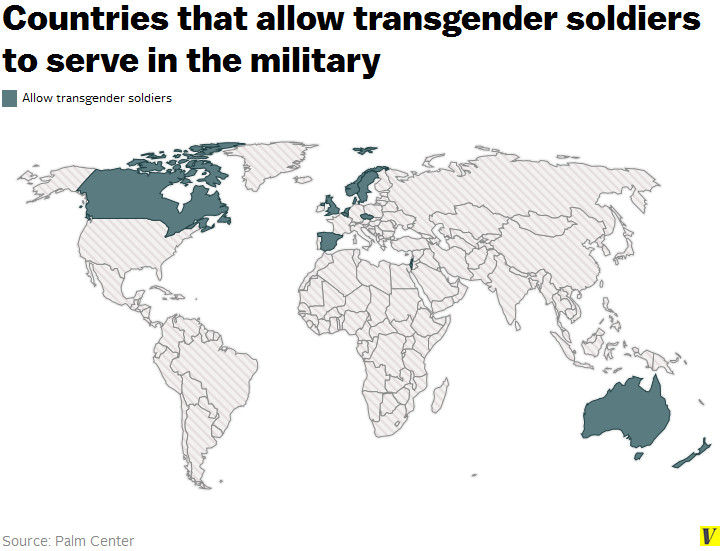 The policy potentially affects thousands of people: the Palm Center estimated that there are 15,450 transgender personnel in the US military.

Hat tip to BuzzFeed for reporting the Obama administration's comments.