Where the TSA seized the most guns, in one chart

Share All sharing options for: Where the TSA seized the most guns, in one chart

The Transportation Security Administration seized more than 2,200 guns from US airline passengers last year, up 22 percent from 2013 — and 83 percent of the firearms were loaded.

Statista, an online statistics portal, charted the 10 airports where the most guns were taken from passengers' carry-on items, based on TSA data. 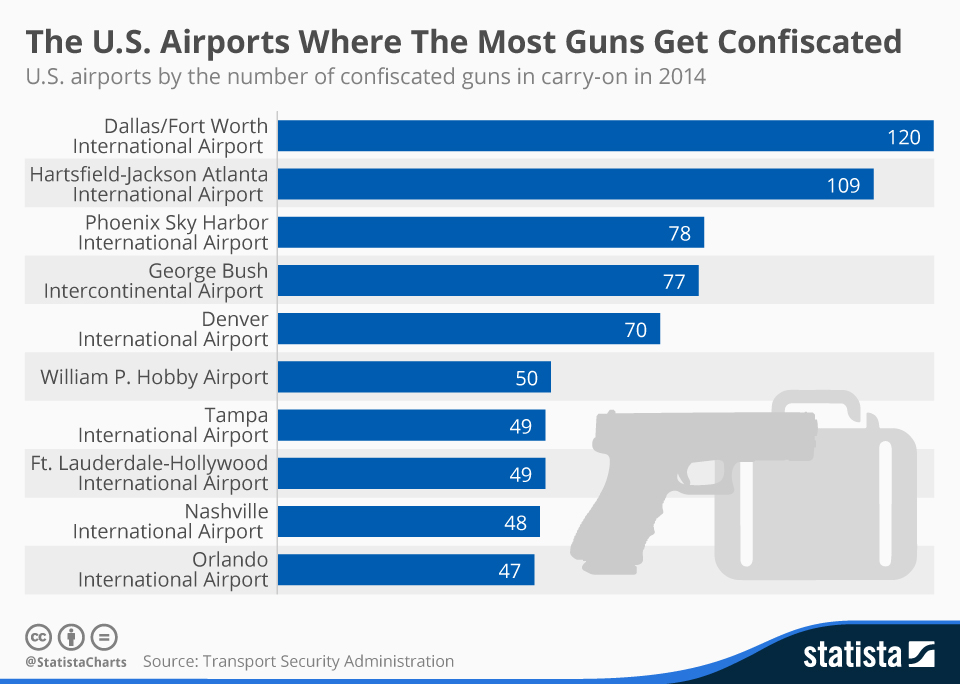 Texas had the most firearm discoveries among these airports, with 247 guns confiscated at Dallas / Fort Worth International Airport, George Bush Intercontinental Airport, and William P. Hobby Airport. In comparison, the three Florida airports on the list had 145 firearm confiscations.

Federal law only allows guns to be transported if they're unloaded, checked in, and locked in a hard-sided container, according to the TSA. Passengers caught with a firearm can face arrest and a fine up to $7,500.

WATCH: 'A visual tour of the world's CO2 emissions'