Pennsylvania has executed three people since 1976 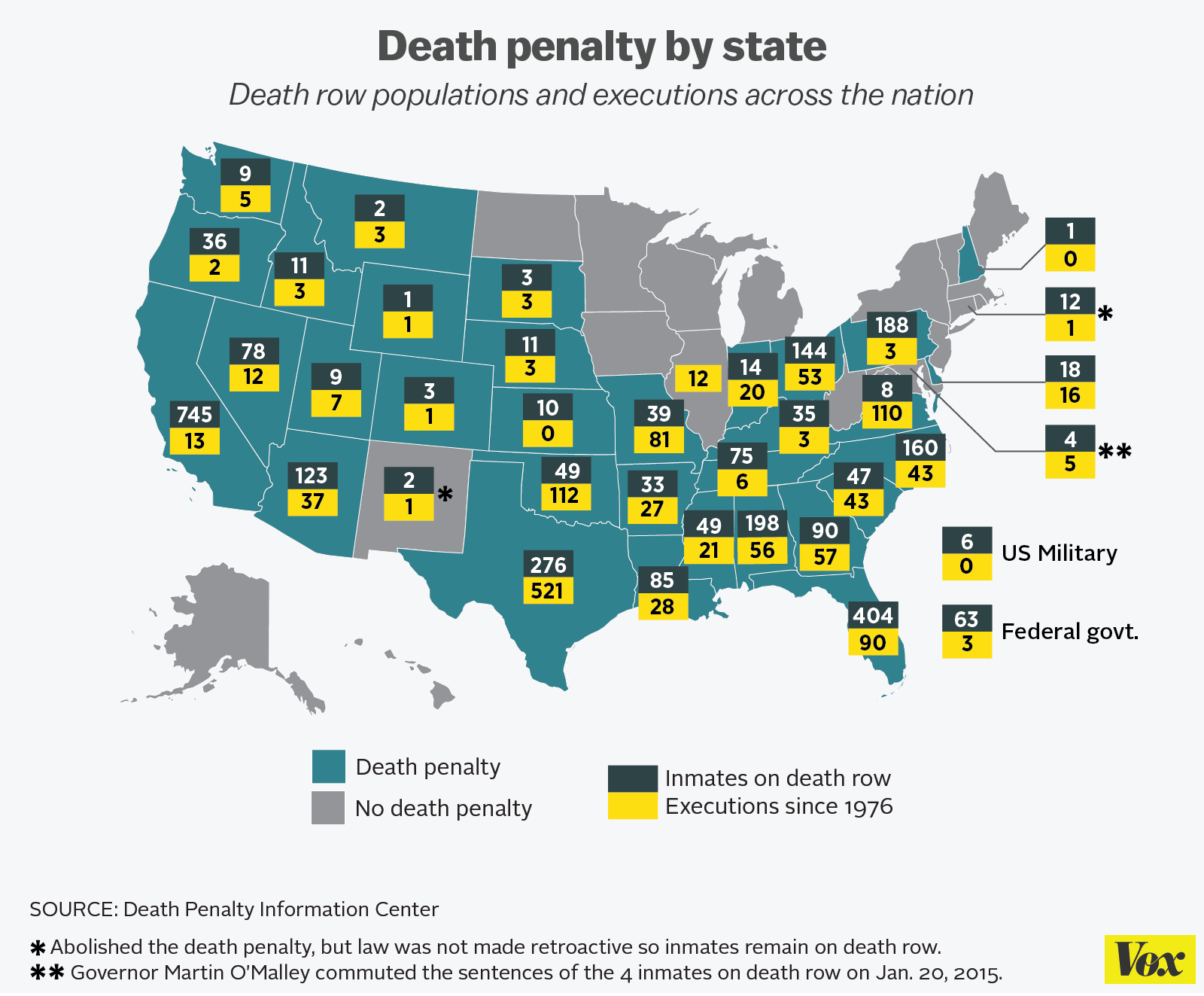 Pennsylvania has 188 people on death row, according to October 31 figures from the Death Penalty Information Center. But, as of February 11, it has executed three people since 1976, the year the Supreme Court reinstated the death penalty across the country.

Wolf's announcement comes at the same time as a renewed national conversation about the death penalty, sparked by recent, highly publicized botched executions and a scandal over lethal injection drugs. Several states have been relying on experimental, sometimes secret drugs to execute inmates after conventional supplies ran out over the past few years.

A series of events halted states' supply of sodium thiopental, a key ingredient for lethal injections. This has left state governments without the supply necessary to carry out executions since 2011, which is when the last US supplier of sodium thiopental — a company called Hospira — stopped producing the chemical. Later that year, the European Union announced an export ban on sodium thiopental, in accordance with its "universal abolition" of the death penalty.

State governments that wanted to continue using the lethal chemicals were left with two options: they could mix legally available drugs themselves, or they could pay compounding pharmacies to do it for them. The latter brings less liability for state officials, making it a more attractive option.

Several states botched executions involving experimental drugs this year. Here is a list of some examples:

Botched executions aren't new. About 7 percent of lethal injections and 3 percent of all executions between 1890 and 2010 were botched, according to Austin Sarat's Gruesome Spectacles. Many of these executions resulted in gruesome displays similar to the executions of McGuire, Lockett, and Wood.

But these latest botched executions have drawn particular criticism due to the experimental nature of the drugs involved. Some states, including Ohio and Oklahoma, have delayed executions as they review their practices.