Michael Pollan on how America got so screwed up about food

Share All sharing options for: Michael Pollan on how America got so screwed up about food

Today, the US government put out new dietary guidelines advising Americans on what we should be eating. These instructions come out every five years, and they're used by doctors and nutritionists to give diet advice, by schools to plan kids' lunches, and by manufacturers to calculate nutrition information on food packages.

But the process behind these recommendations is ... murky.

A panel of government-appointed science advisers crunch nutrition data for months and then hand that information to officials at the US Department of Agriculture and Department of Health and Human Services in the form of a 600-page report. That data is then argued over for months, with input from farm industry representatives and others. Eventually, guidelines emerge.

Related The US food guidelines are way too complicated. There's a better way.

Not surprisingly, these guidelines don't necessarily reflect the best science — they are a result of lobbying and political compromises. And historically, they do a terrible job of giving Americans clear advice about how to eat better, usually overcomplicating simple things we know about how to be healthy. Instead of, "Cut back on red meat," for example, the guidelines say things like, "Consume less than 10 percent of calories from saturated fats."

No wonder Americans have what journalist and food advocate Michael Pollan has called a "national eating disorder." In books like The Omnivore's Dilemma and In Defense of Food, Pollan has exposed the knotty intersection of food, science, culture, and politics, while gently advising Americans on how to eat better. (He also has a new PBS documentary coming out on December 30 about new food science and rediscovering the pleasures of eating.)

I talked to Pollan about how America got so screwed up about food, his tips for navigating the grocery store to avoid what he calls "food-like substances," and why other countries, like Brazil, get food right.

In the new food guidelines, we see complicated advice about cutting back on certain nutrients like saturated fat. But it seems like Americans could use much simpler advice to eat healthier. What would you propose?

Don't get lost in the details. It’s very important to keep an eye on the big picture. Eating real food is the most important thing you can do if you’re concerned about your health. The precise amount of various nutrients really is not going to make a difference. Those very specific recommendations are probably most useful to institutions that need to conform their feeding programs to federal standards — like the school lunch program.

[The recommendations] are also important to the industry, which loves nothing better than to launch another conversation around nutrients because that leads to opportunities for new health claims. For example, if this time around "added sugar" becomes a food category, which it hasn’t been in the past, it’ll be an opportunity for foodmakers to boast about how little added sugar they have in their products. But that won’t turn unhealthy food into healthy food.

In general, any nutrient-based advice becomes another distraction from the really important project of focusing on food.

More on food and nutrition 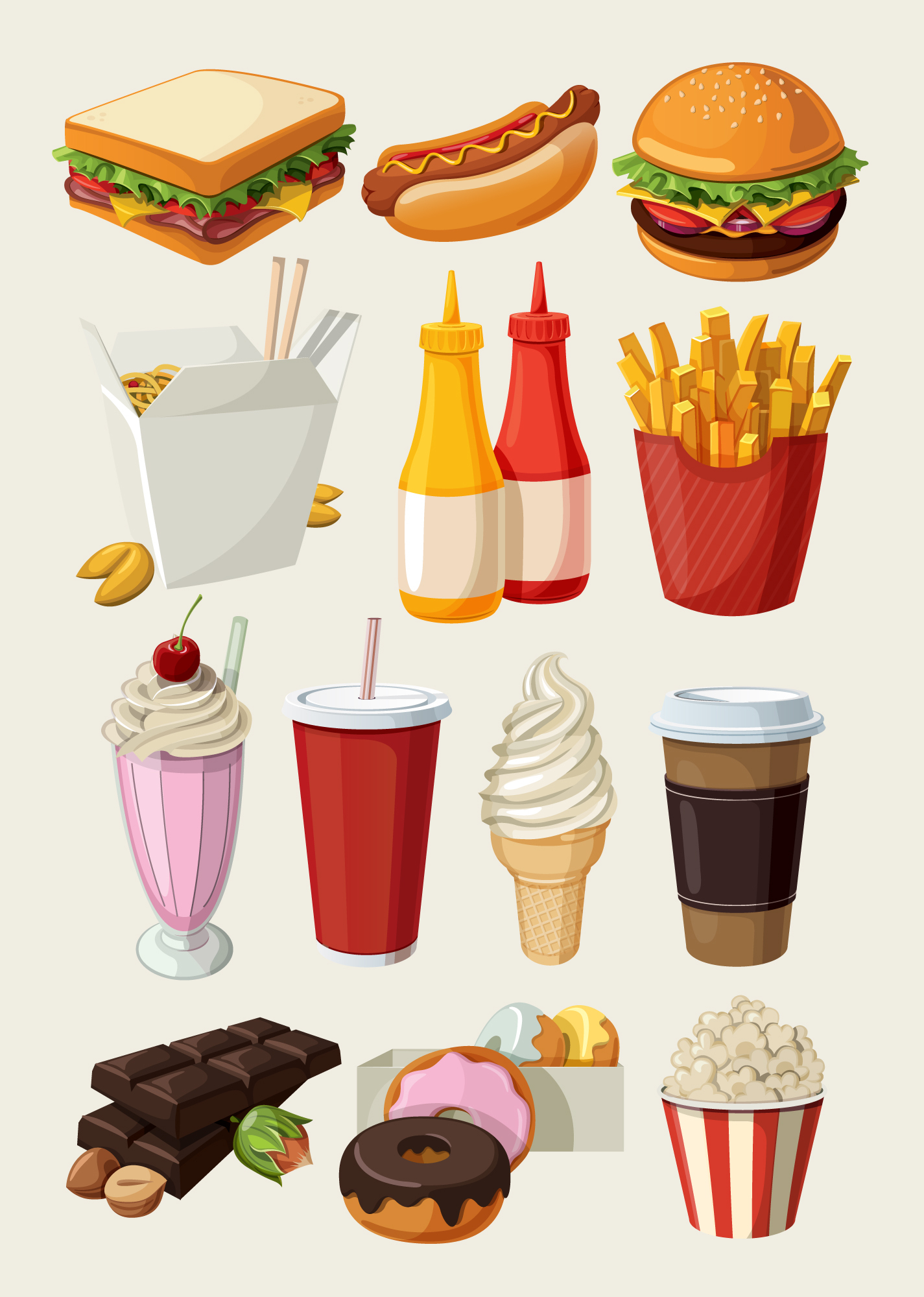 Brazil has the best nutritional guidelines in the world

How did we get to be so screwed up about food?

The idea that the Department of Agriculture has anything to do with advising Americans on nutrition is absurd. It’s a product of history and bureaucracy in Washington.

We now also have a panel of scientific advisers who weigh in on the guidelines. But they don't have a say in what makes it into the final draft. Why?

Because various interests need to put their political hands on the guidelines. They’ve already gotten rid of the panel’s recommendation that sustainability needs to be part of nutritional guidelines. Apparently that’s a nonstarter politically.

The lack of guidance for Americans on how much meat to eat could be a case study in this problem.

Back in 1977 [then–Sen. George] McGovern tried to talk about reducing meat consumption with his dietary goals for the US — the country’s first set of nutritional guidelines. His recommendation was very simple declarative English: Eat less meat.

"His recommendation was simple declarative English: Eat less meat. This clarity was an outrage to the beef industry."

This clarity was an outrage to the beef industry. He was forced to withdraw it and renegotiate the guidelines with industry, and what they decided they could agree on was to tell people to "choose foods that will reduce their saturated fat intake," a recommendation that had the virtue of being inscrutable to most Americans. It also translated the conversation from one about whole foods like meat to one about nutrients.

Other countries seem to be doing a much better job of advising people on how to eat, like Brazil. It gives people simple advice — cook at home more often, eat more fruits and vegetables, and eat less meat.

That’s an interesting case. The Brazilians have tried to revolutionize the whole concept of dietary guidelines and get away from talking about nutrients completely. They talk not only about foods and science but food culture.

They have recommendations about how you eat, not just what you eat, so for example they encourage Brazilians to eat with other people. What does this have to do with health? It turns out it has everything to do with health. We know that snacking and eating alone are destructive to health.

What would it take to see guidelines like Brazil’s in the US?

A page from Brazil's food guide.

It would take viewing food through a different lens. The mindset that produced those Brazilian guidelines is influenced as much by culture as it is about science — a very foreign idea to us. But food is not just about science. The assumption built into the process here is that it’s strictly a scientific process, a matter of fuel. Eating is essentially a negotiation between the eater and a bunch of chemicals out there. That’s a mistake.

We also have a very powerful food industry that cares deeply about what the government tells the public about food. They don’t want anyone else to be talking to the public about food in a way that might contradict their own messages. So they’re in there lobbying. When the government is deciding about the guidelines for school lunches, industry is in the room, making sure the potato doesn’t get tossed and gets the same respect accorded to vegetables.

Does this contribute to what you’ve described as America’s "national eating disorder"?

Part of the reason we have an eating disorder is because of the ideology of "nutritionism" we bring to food. There’s a long history behind this "scientific" approach. I was surprised to find that "scientific eating" was a term thrown around in the 1850s and '60s. The idea was that we should eat on a more scientific basis. Basically it was a way to force immigrants to eat what white Anglo-Saxons ate. Some of this obsession also traces to our Puritanism: The idea that you’d eat for pleasure is an uncomfortable idea for people in such a culture.

"Real food tends to be on the perimeters of the supermarket"

Your aphorism — "Eat food. Mostly plants. Not too much" — coined a little less than a decade ago remains relevant. Can you expand on that a little?

There are a couple of different ways to look at it. What does it mean, really, to "eat food"? It means to eat the sorts of things people have been eating for a long time, before food science sought to "improve" them.

Foods that have been eaten by human beings for a very long time tend to be minimally processed. They may be processed to some extent — flour is processed, milk is pasteurized — but they’re not "ultra-processed," as some people would say. That is, they are still either ingredients or whole foods, not ready-to-eat meals or snacks. So try this rule: "Don’t eat anything your great-grandmother wouldn’t recognize as food."

You can also recognize real food by where it is in the supermarket. Real food tends to be on the perimeters of the supermarket — the meat, fish, dairy, and produce. There are a couple of reasons for that, but mainly it’s because the stuff in the middle aisles has the longest shelf life and doesn’t need to be restocked as often. The stuff on the perimeter is generally fresh foods that will eventually rot. Which is a good thing for a food.

"Eat food cooked by humans" — that’s another way to think about it. Even if you made your own Twinkie at home, it’d be more real than the Hostess Twinkie. You wouldn’t need all those chemicals to give it a six-month shelf life. You’d make it out of flour, sugar, some kind of fat, and dispense with most of the 37 or so ingredients in a Twinkie, most of which no human has in their pantry anyway.

Who overturning Roe hurts most, explained in 7 charts