Charlie Sheen says he has "undetectable HIV." Here's what that means.

Share All sharing options for: Charlie Sheen says he has "undetectable HIV." Here's what that means.

Charlie Sheen just told Today show co-host Matt Lauer he tested positive for HIV four years ago. The former star of Two and a Half Men said that after spending millions of dollars to keep his status secret, he hopes by coming out, he can help others living with the virus to do the same.

"I have a responsibility now to better myself," he said, "and to help a lot of other people, and hopefully with what we're doing today others will come forward and say, 'Thanks Charlie.'"

Sheen's physician, Dr. Robert Huizenga, also appeared on the show and explained there's a very small chance the actor could pass the virus on to sexual partners since it's now "undetectable" in Sheen's blood.

The news has captured the attention of the internet, raising questions about what exactly "undetectable HIV" means and about the state of the virus in the United States generally. Here's a look at key facts about people living with HIV today.

1) Thanks to new treatments, people can live with HIV for years — with only a small risk of passing it on

The discovery of antiretroviral treatments turned an HIV diagnosis from a death sentence into a chronic illness. These medicines have helped many more people who are diagnosed live normal lives with the disease. An estimated 1.2 million are living with HIV in the US. 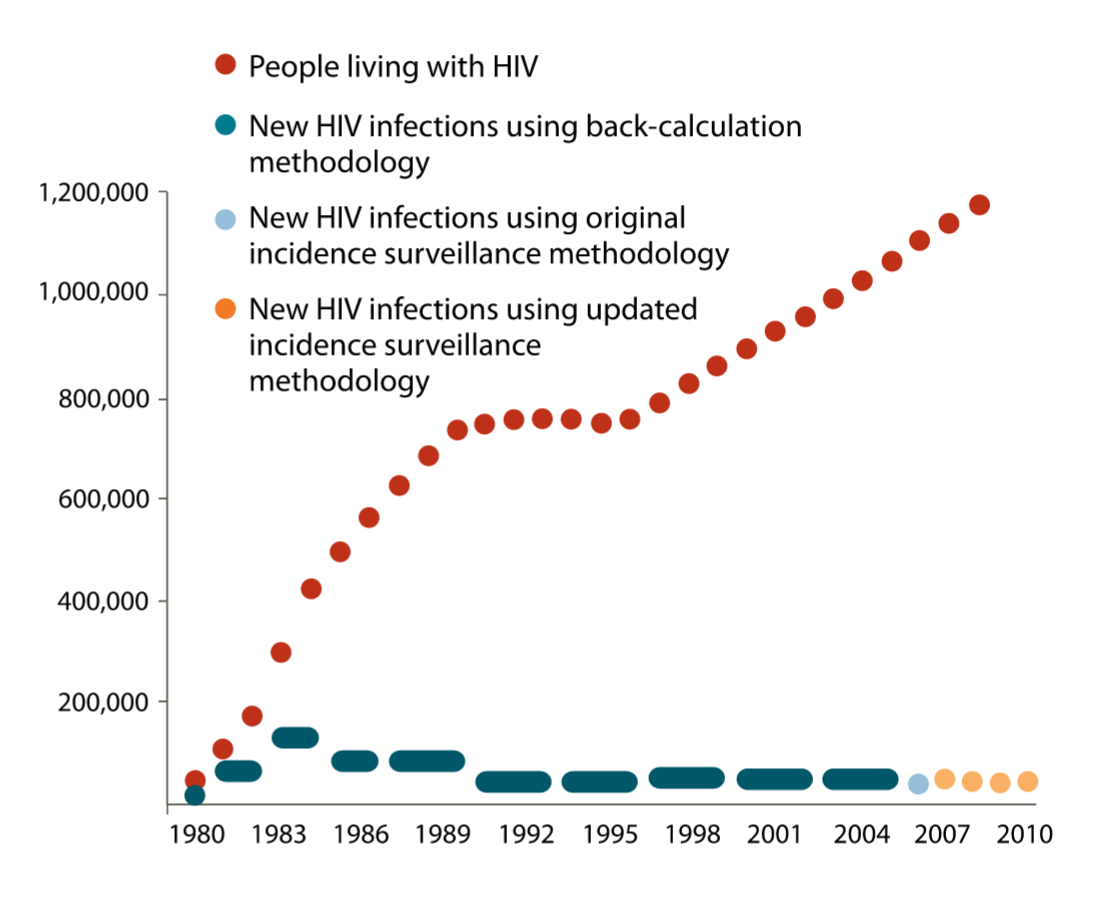 Importantly, these drugs don't cure patients, but, as Sheen's physician explained, they suppress the virus to the point that it's undetectable in the blood. That means there's a very small chance that people on treatment can pass on the virus to others. (The rate of HIV infection for negative partners was 96 percent lower if the positive partner was on treatment, according to government data.) It also means the virus isn't powerful enough to attack a person's immune system, as it normally would, and that's why people on these medications can live pretty regular lives.

Still, the virus doesn't go away, and if people stop taking their medicines, their "viral load" (or the amount of HIV in the blood) rises again. This puts them at risk of developing AIDS (the disease HIV causes) and of transmitting the virus to others.

2) People on HIV treatment have an almost normal life expectancy

3) Many people with HIV have no idea they're sick

Men who have sex with men (referred to as "MSM" in the chart below) are still the group most overwhelmingly affected by the disease. This is a problem that's only growing in the gay and bisexual community, as Vox reporter German Lopez explains here.

5) Among heterosexuals, the disease is most common in black men and women

According to the CDC, though HIV incidence is on the decline, black men and women bear most of the burden of the disease among heterosexuals. African Americans are the racial group most affected by the virus, and the rate of new infections among black people is eight times that of white people relative to population size.