Newly released footage of the Tamir Rice shooting shows Cleveland police officers restraining the sister of the black 12-year-old minutes after they shot him and neglecting to apply first aid to the dying boy until about four minutes after the shooting.

Warning: Graphic footage of the shooting and its aftermath:

This is an extended version of a previously released video taken from a recreation center's surveillance camera. The longer version was obtained by Cleveland.com after weeks of negotiations with the city government.

The video shows Rice's sister running to the scene, reportedly to check on her wounded brother. The officers confronted the 14-year-old girl, wrestled her to the ground, and restrained her in the police car.

The officers then stood around, failing to apply first aid until about four minutes after Rice was shot. It wasn't until a man, identified as an FBI agent by Cleveland.com, arrived at the scene that Rice received first aid. Paramedics arrived a few minutes later.

Rice's sister was held in the car as paramedics arrived, worked on her brother just a few feet away, and carried him away on a stretcher. The boy died in the hospital from his gunshot wounds the following day.

Much of the video confirms prior descriptions from Rice's mother and authorities about how the aftermath of the shooting played out.

Previously released footage, included in the extended video, shows police officers pulling up to Rice, who had a toy airsoft gun in his waistband at the time, and shooting the 12-year-old boy within two seconds of getting out of the car.

Police said they believed the toy gun was a real firearm. A 911 caller told a dispatcher that a child was waving a gun around in the park but that it was "probably fake." But the full information was, according to authorities, not relayed to officers. 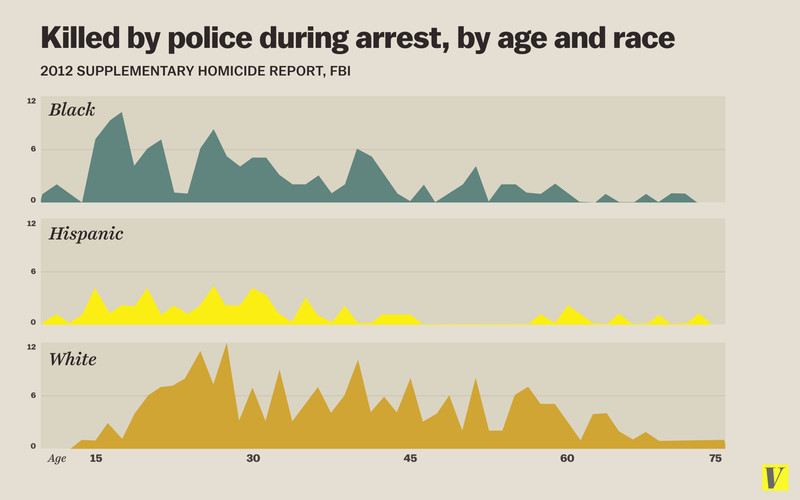 The Rice shooting is one of the several high-profile police killings involving a black man or boy in the past year. On August 5, police shot and killed 22-year-old John Crawford while he carried a toy gun designed to look like an assault rifle around a Walmart near Dayton, Ohio. On August 9, police killed unarmed 18-year-old Michael Brown in Ferguson, Missouri.

Black teens were 21 times more likely than white teens to be shot and killed by police between 2010 and 2012, according to a ProPublica analysis of the available, limited FBI data. ProPublica reported: "One way of appreciating that stark disparity, ProPublica's analysis shows, is to calculate how many more whites over those three years would have had to have been killed for them to have been at equal risk. The number is jarring — 185, more than one per week."

One of the causes of this disparity may be what's known as implicit bias, or subconscious biases against people of certain races. Josh Correll, a University of Colorado at Boulder psychology professor, tested police implicit bias with a shooter video game.

His findings showed police officers generally did a good job of avoiding shooting unarmed targets of all races, but, when shooting was warranted, officers pulled the trigger more quickly against black suspects than white ones. This suggests that officers exhibit some racial bias in how quickly they pull the trigger, but not when it comes to deciding whether to shoot a target.

Correll previously cautioned that these simulations aren't perfectly representative of the real world. If cops, as Correll's initial simulations suggest, tend to shoot black suspects more quickly, it's possible that could lead to even more errors in the field. "In the very situation in which [officers] most need their training," he said, "we have some reason to believe that their training will be most likely to fail them."