1 in 5 millennials think vaccines cause autism

Share All sharing options for: 1 in 5 millennials think vaccines cause autism

Americans ages 18 to 29 are more likely to oppose mandatory childhood vaccination and say vaccines can cause autism, according to a new survey.

A survey of 1,000 US adults by YouGov, conducted between January 26 and January 28, found 21 percent of young adults believe the long-debunked idea that vaccines cause autism, while just 13 percent of all US adults agree. 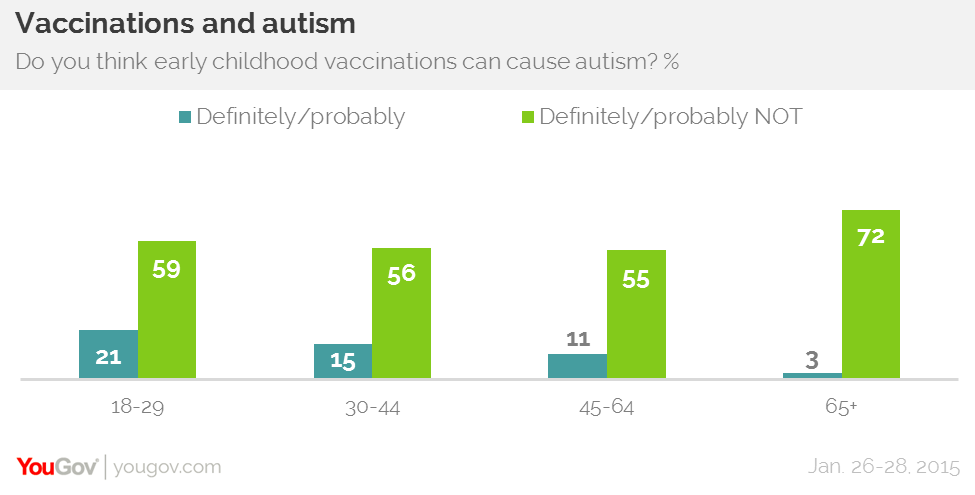 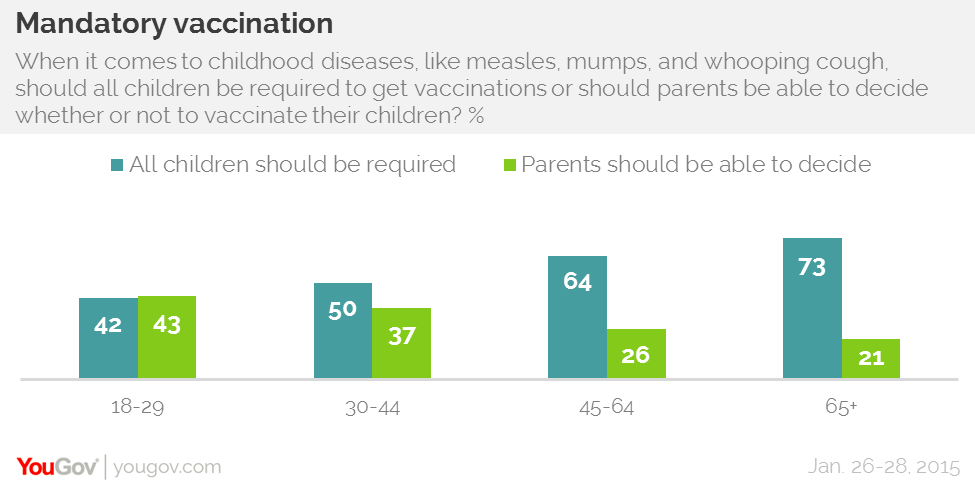 Many schools and states require vaccination to support what's known as herd or community immunity, a coverage threshold that effectively prevents an illness from spreading. Vaccinated people essentially act as barriers to outbreaks, since diseases can't pass through them and infect other people. This barrier helps protect some of the most vulnerable populations: infants under 12 months of age, who can't get vaccinated and are more susceptible to infection, and the elderly, who have a higher risk of death if they contract these illnesses.

Vox's Dylan Matthews explains why it's so important to vaccinate