This map, which Facebook built based on likes, shows the areas dominated by fans of each team. 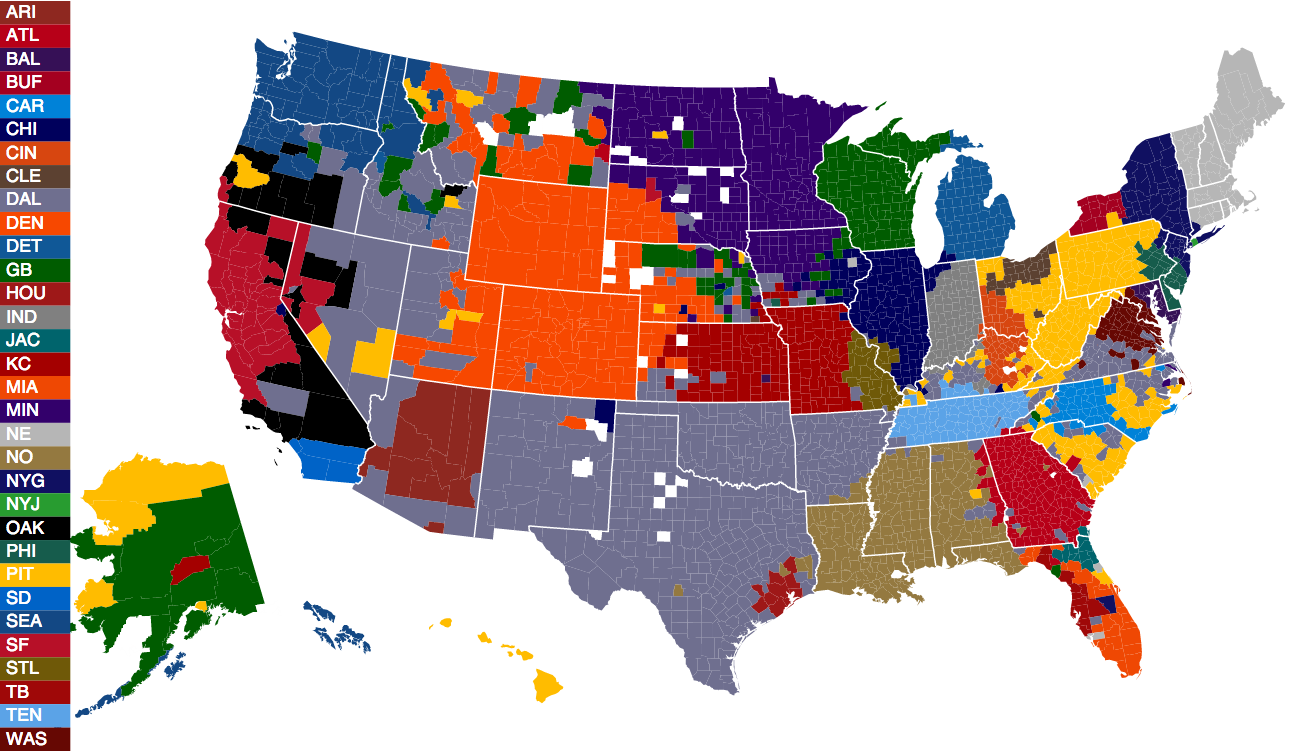 Some teams have vast, scattered regions of fans (the Dallas Cowboys and Pittsburgh Steelers), others have fan bases that merely fill their state’s borders (the Indianapolis Colts and Atlanta Falcons), and fans of some relatively new teams still haven’t really spread beyond their metro regions (the Houston Texans and Jacksonville Jaguars).

Zoom in and you’ll see some surprising trends — like how the Jets dominate exactly one county (Nassau) in an otherwise Giants-centric New York region.

With the Seattle Seahawks and New England Patriots in Super Bowl XLIX, Twitter Data put together this map that shows where the teams' fans are on Twitter.

Almost half of Seahawks 797,000 followers are from states other than their top two of Washington and California. The Patriots 1,180,00 Twitter followers are spread across six states, but heavily concentrated in their namesake New England region.

The site also compiled which NFL players had the most mentions on Twitter during the 2014-2015 season.

To read more, check out 40 maps and charts that explain sports in America.