There are fewer than 100 new Ebola cases in West Africa. Is the end in sight?

Share All sharing options for: There are fewer than 100 new Ebola cases in West Africa. Is the end in sight?

There's finally good news on the ongoing struggle to stamp out the world's worst Ebola outbreak: the number of new cases is falling quickly.

Fewer than 100 Ebola cases were discovered in West Africa last week: there were 30 in Guinea, four in Liberia, and 65 in Sierra Leone. The World Health Organization says the epidemic has entered its "second phase," and that the global community can now focus on slowing transmission to get to the finish line.

You can see the downward trends in the three worst-affected countries from the most recent (January 25) WHO update:


There were 30 confirmed cases in the seven days before January 25 compared with 20 the week prior. "This is the first time this year that case incidence has increased in Guinea from week-to-week," the WHO said.

In Liberia, the number of new cases dropped from a peak of over 300 last August and September to only four confirmed cases in the seven days before January 25.

In Sierra Leone, the case incidence continues to quickly decline: there were 65 new confirmed cases in the week leading up to January 25; that's a drop from 117 the previous week and 184 the week before that.

In other good news, the WHO recently declared Mali Ebola-free this week after a small outbreak there sparked international concern last October.

There are also two promising vaccine candidates. They were shipped last week to West Africa for testing, which means we could be closer to preventing another outbreak from ever occurring.


To date, there have been more than 22, 000 Ebola cases in Guinea, Liberia and Sierra Leone, and more than 8,800 deaths, since the beginning of this epidemic last year. Though this is much worse than any previous outbreak , it's not as dire as the 1.4 million cases some were predicting at the height of Ebola panic last September.

Still, Ebola experts warn that it's still a long way to zero cases. Vox recently spoke to some of the world's leading Ebola doctors and researchers who have been working on this epidemic to find out when they thought the crisis would end.

They all emphasized that, while we seem to have passed peak-Ebola, there are still pockets of intense transmission and hard-to-reach rural areas that aren't being tended to, particularly in Sierra Leone which is still dealing with the highest burden of illness. 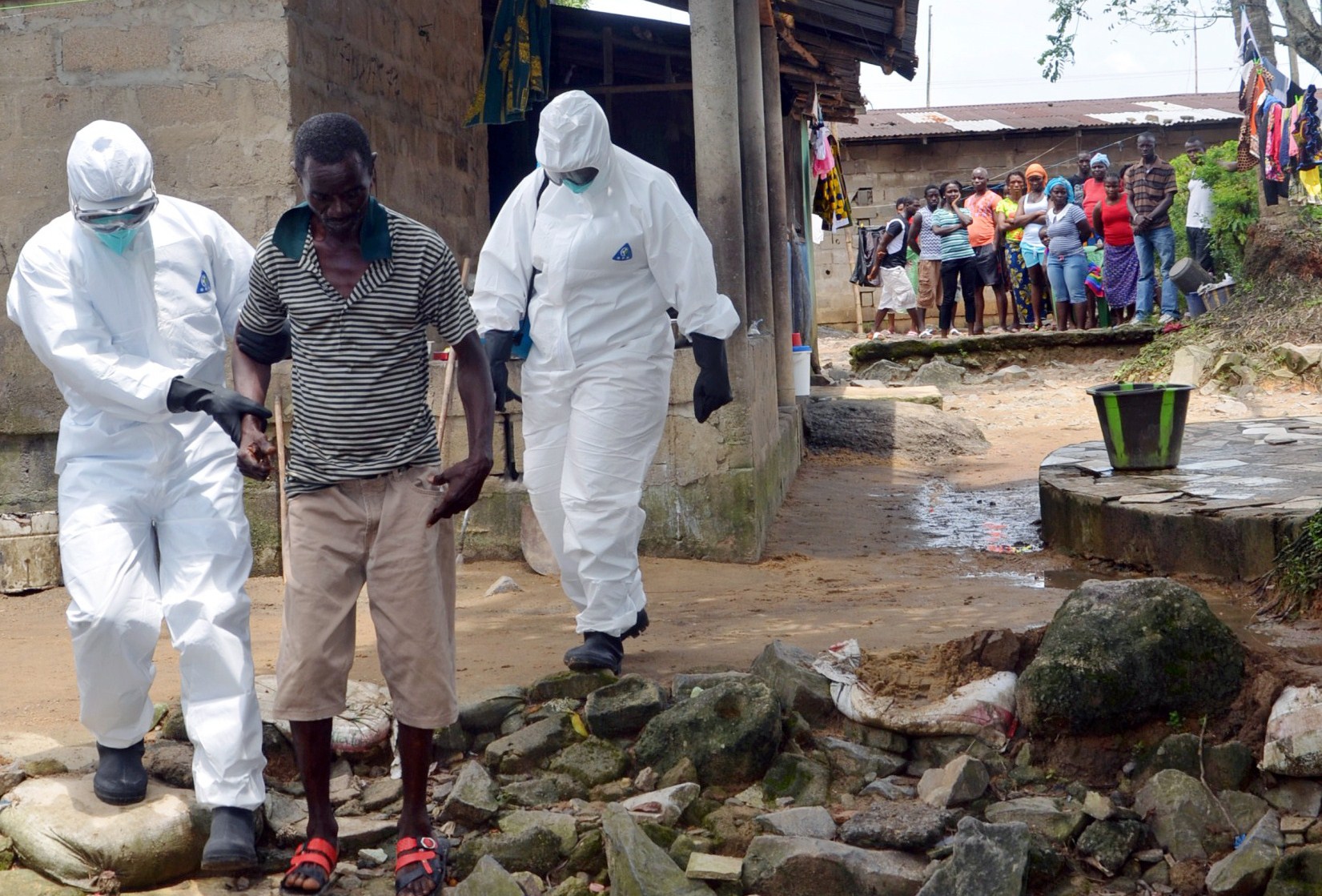 Nurses escort a man infected with the Ebola virus to a hospital in Monrovia. (Zoom Dosso/AFP/Getty Images.)

"In the major centers, it's true we mostly have the beds and supplies we need, and that’s been making a huge difference," said Dr. Jeremy Farrar, one of the world's top infectious diseases doctors and the current director of the Wellcome Trust.

"The difficulty lies in the more rural areas, the harder to reach areas, and making sure the epidemic is controlled there as well," he added. "All the time the epidemic continues, it runs the risk of reigniting."

There's also the question of whether new data could take the world by surprise as it did last summer, when a massive downward trend in the epidemic curve only turned around with new information.

For this reason, not a single Ebola expert could augur the end of this epidemic. Dr. Daniel Bausch, associate professor at the Tulane University School of Public Health and Tropical Medicine, said: "You can't put out 98 percent of a forest fire. We can't be complacent. One case that escapes and gets into a new place or new country — it could all start up again."