History doesn't just come from pages in a book. It can also come from branches on a tree.

You can hover over each image to zoom in. It starts with roots in the early European voyages in the Americas. 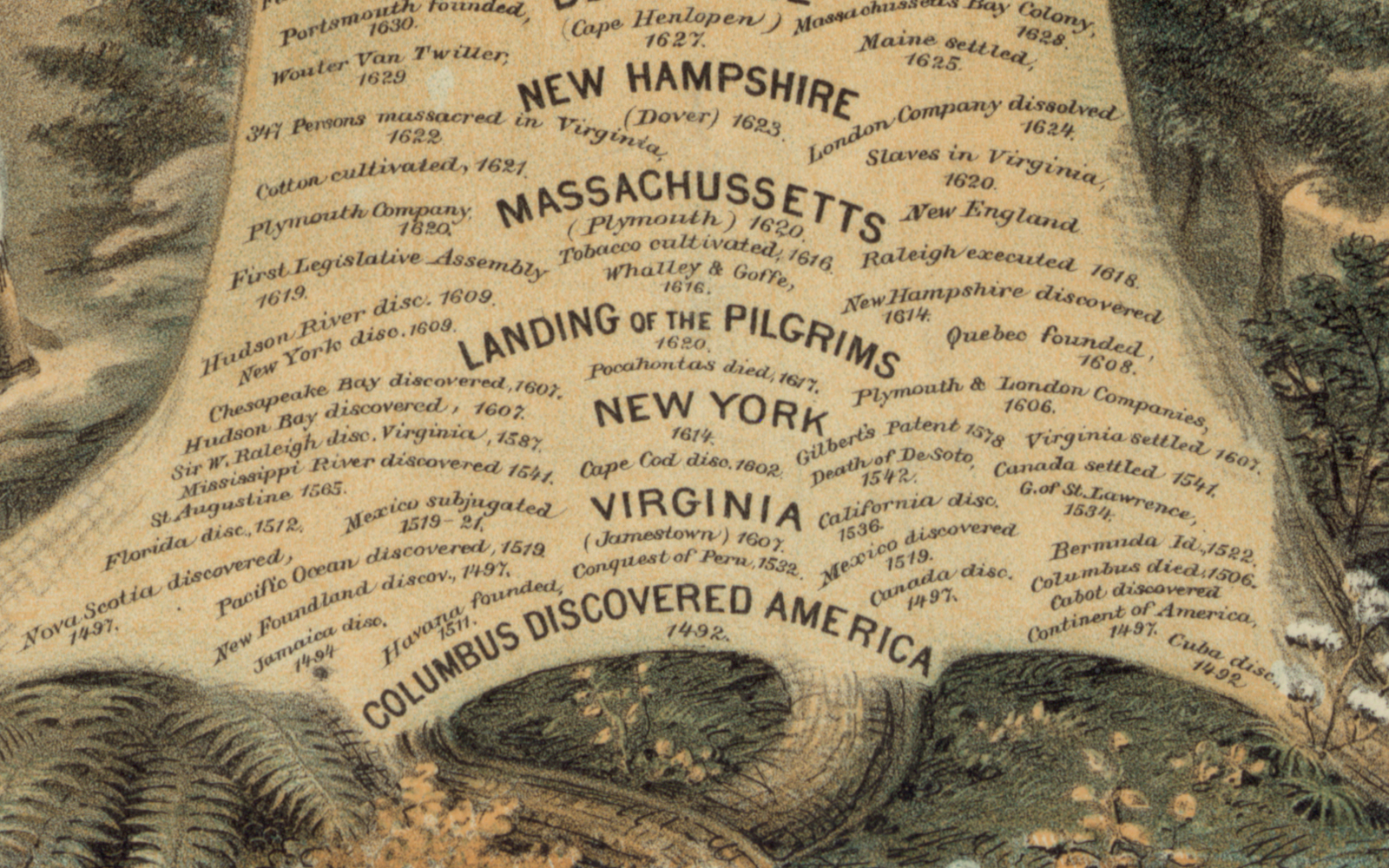 The tree's roots. (Library of Congress)

After the Declaration of Independence, the tree branches off into events governed by institutions, like the Department of the Navy. It also delves into the lives of singular men and women, ranging from presidents to leaders like Casimir Pulaski. Later, the Civil War splits the tree again into another branch. 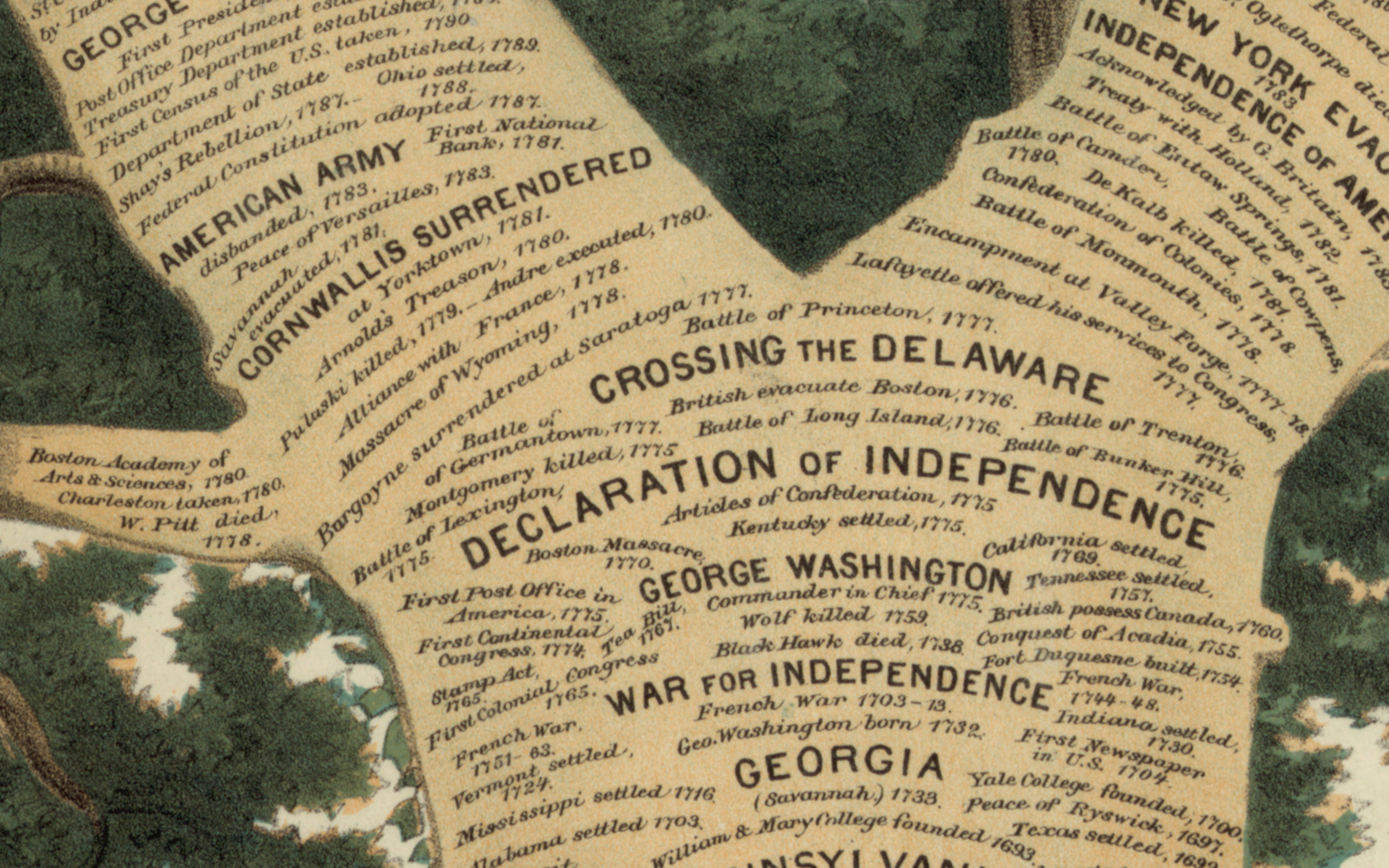 The tree branches out. (Library of Congress)

The most interesting parts of the 1881 document might be moments that are now forgotten but were once considered notable historical events.

Few of us today learn about the equine epidemic of 1872, when an outbreak of horse influenza crippled the US economy, keeping food out of grocery stores and beer out of saloons. But back in 1881, it was very much part of recent memory.

The tree shows the horse epidemic. (Library of Congress)

The importing of an Egyptian obelisk also earned a spot on the tree, reflecting the nation's craze for Egyptian artifacts as the country expanded.

The tree notes the Egyptian obelisk. (Library of Congress)

All in all, the tree nicely captures how different elements of history combined to create a national identity. You can find larger versions for download — and analysis — at the Library of Congress, or you can zoom around the full version below.

The only problem? In the diagram, the tree ends, even though history never did. 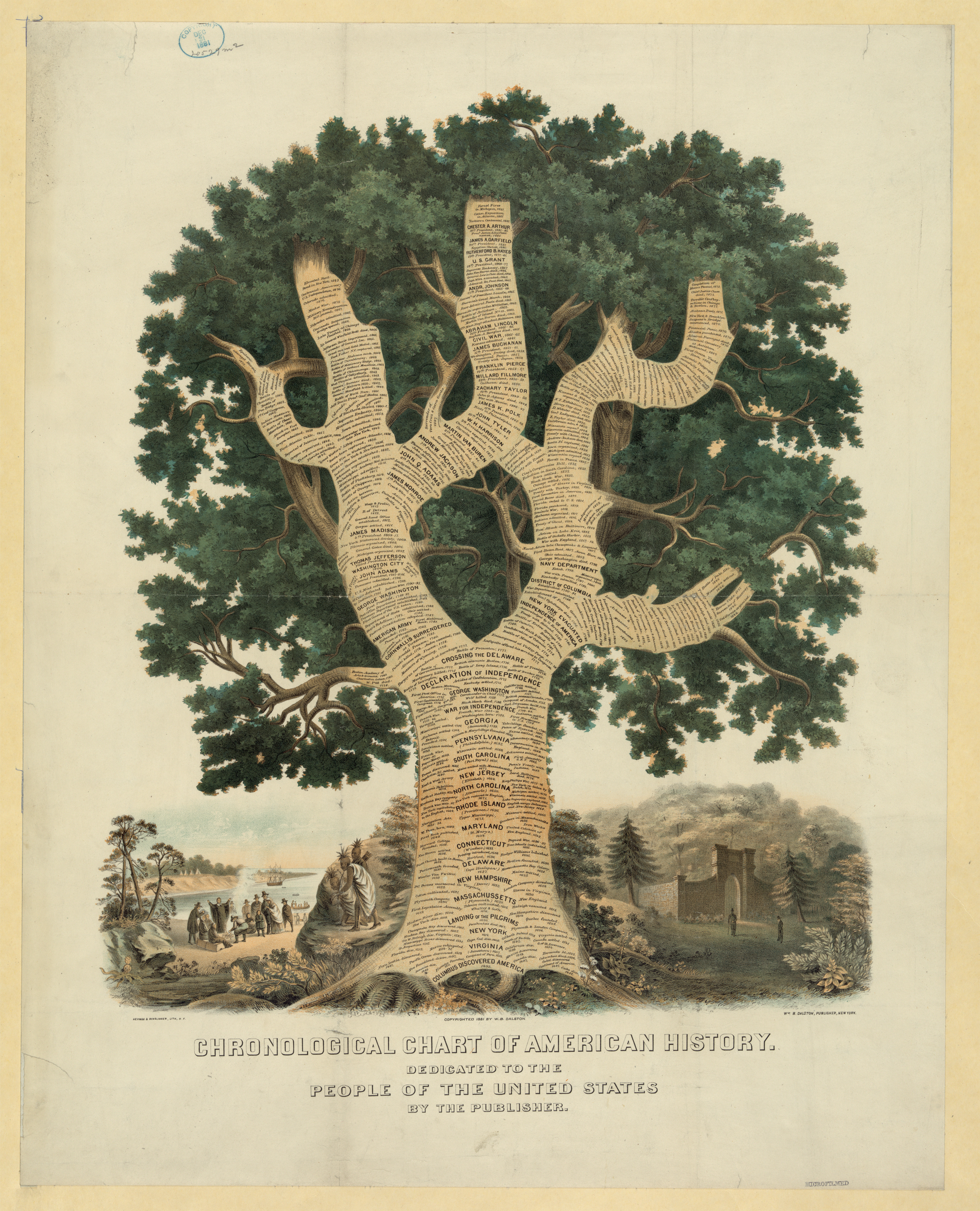 The history tree. (Library of Congress)