How Americans commute, in one map

Share All sharing options for: How Americans commute, in one map

Americans have a clear preference for how they get to work: driving alone.

FlowingData analyzed US Census Bureau data on how Americans commute. It found that driving solo is the huge favorite. It vastly surpasses carpooling, walking, biking, or other ways of getting around.

This is the county-by-county breakdown, taken from the full interactive map: 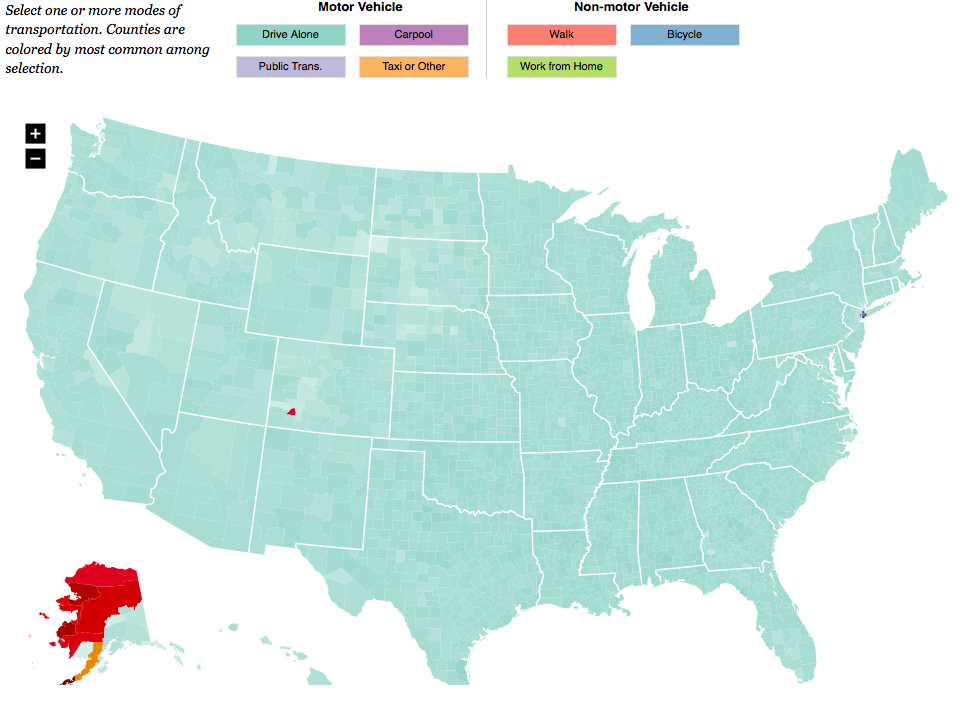 San Juan County, Colorado, and several counties in Alaska also stand out as places where more people walk than drive to work — although, as FlowingData pointed out, the data from San Juan County has such a large margin of error that it's hard to say whether it's significant and accurate.

Meanwhile, no US county apparently prefers bicycling to other options.

Check out the full interactive map at FlowingData.