Charting 13 years of terrorist attacks in Europe is really revealing

Share All sharing options for: Charting 13 years of terrorist attacks in Europe is really revealing

The attack on French satirical magazine Charlie Hebdo was a reminder that Islamist terrorism is a very real threat in Europe. But it's far from the only terrorist threat on a continent that has been marred by ultra-nationalist furor for much of its history.

The Economist put together this great chart of the past 13 years of terror attacks in western Europe: 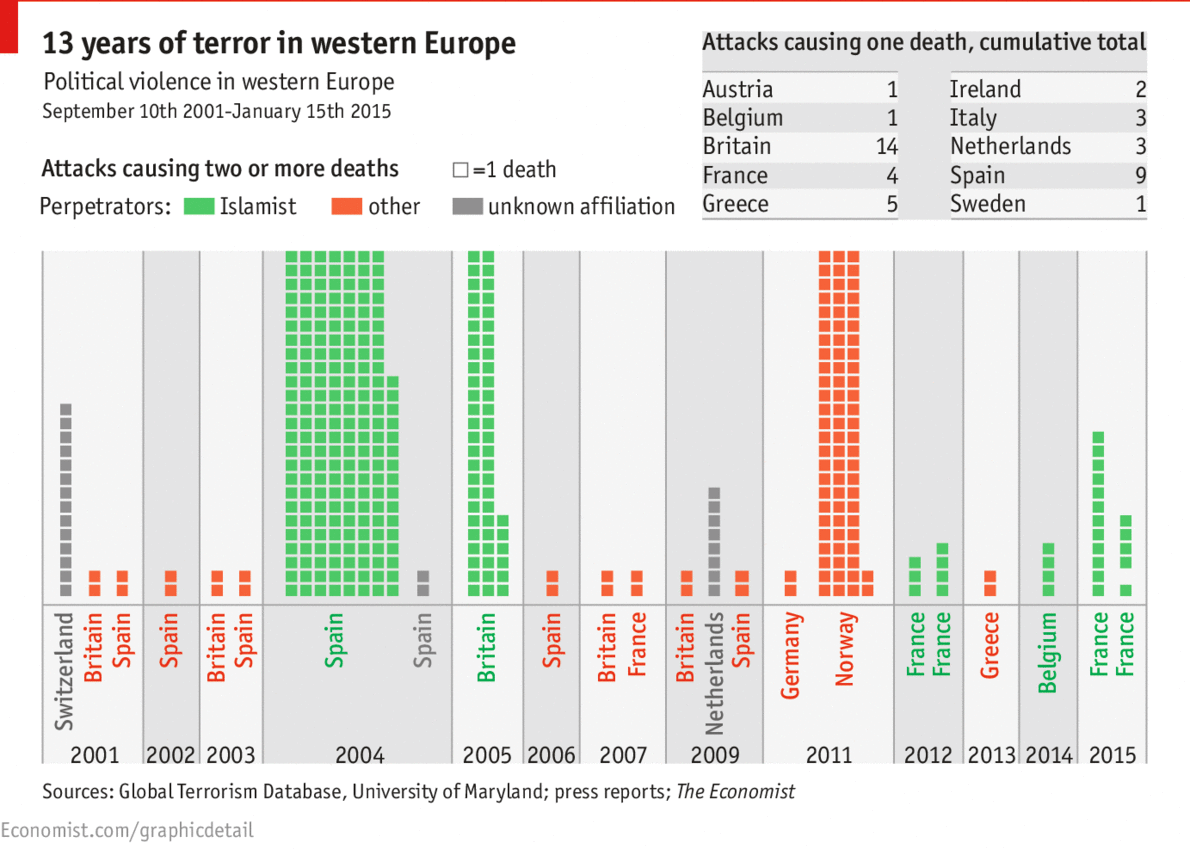 Clearly, a number of the deadliest attacks were committed by radical Islamists. Eight, including the three recent attacks related to Charlie Hebdo, were linked to Islamists, 13 to other sources, and three were undetermined. In other words, most of the attacks listed on the chart aren't affiliated with radical Islamists.

The most recent politically motivated attack to result in more than 10 deaths, before Charlie Hebdo, happened in July 2011 in Norway. Far-right extremist Anders Breivik bombed the government center in Oslo and shot dozens of people at an island summer camp for youth, killing 77.

Three of the attacks haven't been linked to any particular group or motive. In the Netherlands in 2009, a man attempted to run over the Dutch royal family during the parade — missing the royal family but killing himself and others. In Switzerland in 2001, a gunman attacked a regional parliament in Zug and killed 14 people and himself. And in Spain in 2004, an attack separate from the Madrid train bombing killed two.