Young Americans are more likely to die from guns than car accidents for the first time in decades.

The Economist charted the forecast for 2015 and beyond, based on an analysis of federal data by the Center for American Progress: 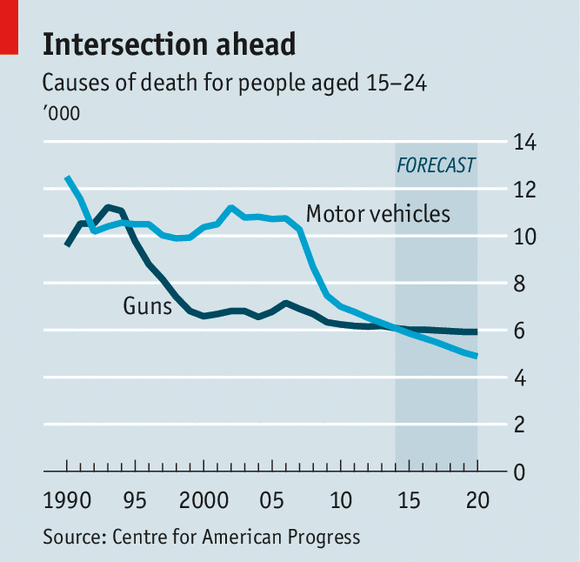 What's behind this change? It's not that gun violence is getting worse. The number of deaths from car accidents is on the decline, thanks in some part to fewer drunk driving deaths. Deaths from gun violence also dropped, along with all violent crime, since the early 1990s. But gun-related deaths have failed to drop significantly further in recent years, held up by homicides, suicides, and accidents.