Map: Where people feel good and bad about how their country is doing

Share All sharing options for: Map: Where people feel good and bad about how their country is doing

Most Americans think their country is headed in the wrong direction. It turns out they're not alone: new global data from the Pew Research Center suggests that most countries are in a pretty pessimistic mood. The exceptions are telling — especially Russia.

Pew asked people from 44 countries around the world whether they're satisfied or unsatisfied "with the way things are going in our country." The map below shows the results of Pew's survey. Notably, only in 17 of those 44 countries did the majority report being satisfied, marked in yellow; more unsatisfied countries are blue: 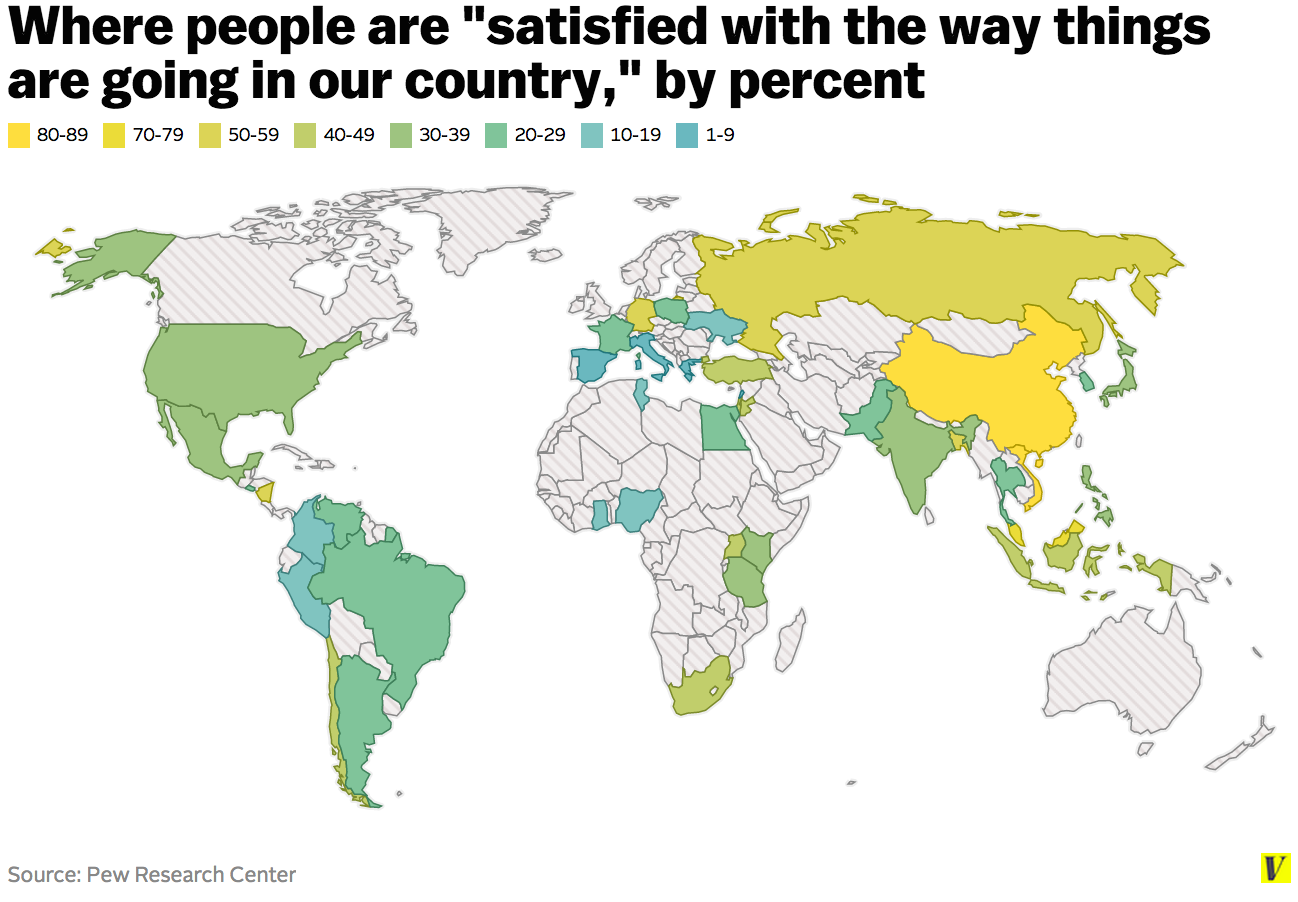 A lot of the variation, unsurprisingly, appears to be explained by economics. GDP growth is super-high in China, Vietnam, and Malaysia, the three countries with satisfaction above 70 percent. Meanwhile, slumping Western Europe is easily the most dissatisfied region in the world. The United States isn't doing so hot either — only a third of Americans said they were satisfied with the way things were going at home.

One notable exception is Russia, where GDP growth was anemic even before pretty harsh Western sanctions were imposed, which have pushed the country toward recession. Still, Russians actually reported the fifth-highest rates of satisfaction of all surveyed countries (Germany was fourth). Ukrainians, meanwhile, are unsurprisingly not satisfied at all by the direction their country is going. Being dismantled by Russia isn't fun.

Russians, however, seem to very much enjoy taking Ukraine apart, a cause that has allowed Putin to promote nationalism at home — maybe enough to make Russians forget their economic woes.

Pew also asked people whether they would describe "the current economic situation" as "good" or "bad." This  map shows the percent of people who describe the situation as "good" in each of the 44 countries: 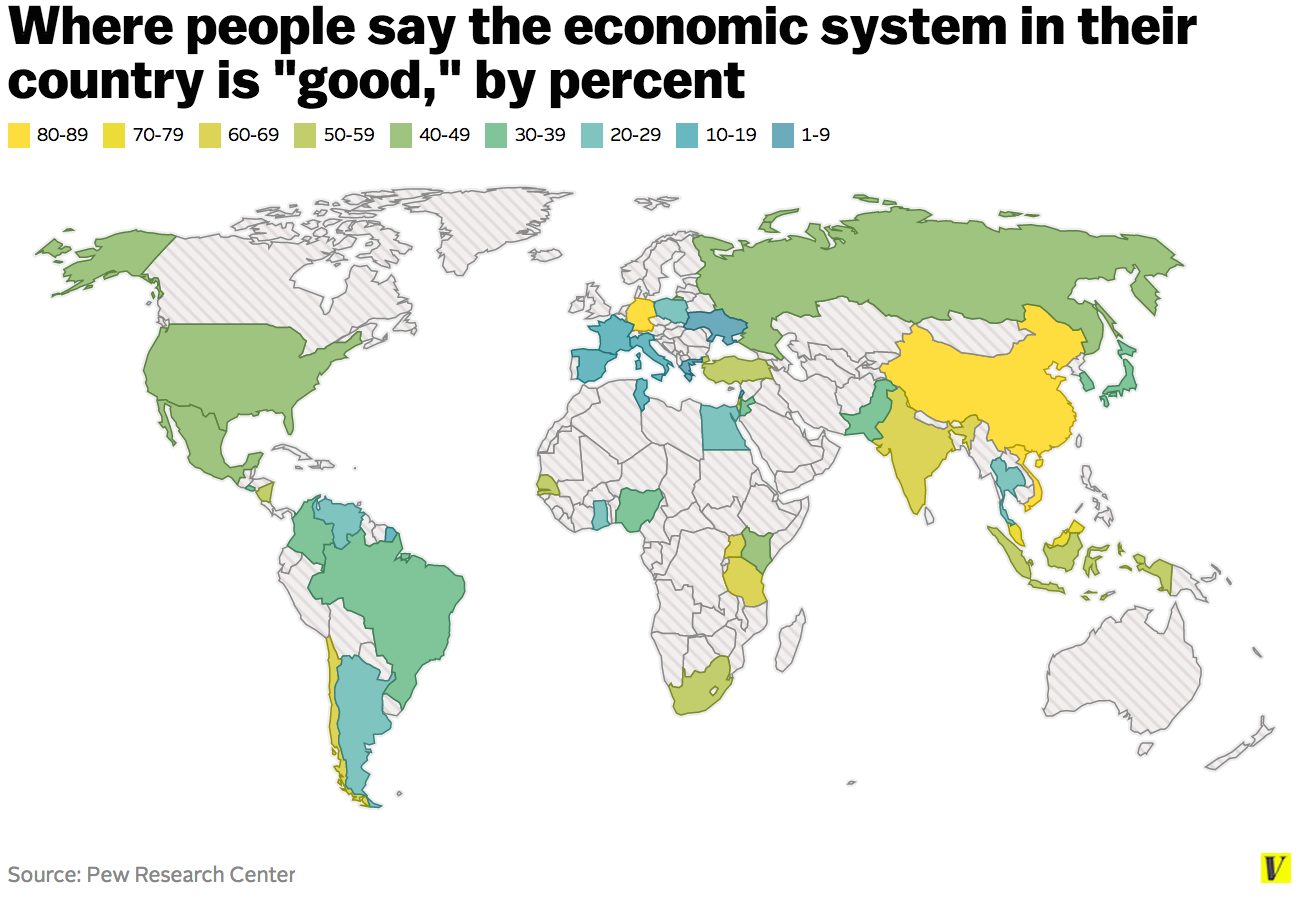 You'll notice a lot of correspondence between general satisfaction and economic satisfaction. People in China, Vietnam, and Malaysia report (respectively) the first, second, and fourth highest percent of people saying their economy was "good." Germany came in third, likely reflecting Germany's dominant position in the European economy despite slow 2014 growth. The rest of Europe is pretty dour, while the US, at 40 percent, is about the middle of the pack.

The results for Russia are also what you'd expect if military adventurism is driving Russian optimism. Only 44 percent of Russians describe their economic situation as "good," while a full 50 percent describe it as "bad."

So score one more point for the theory that Putin's aggression in Ukraine is driven, at least in part, by concerns over slow growth and popular dissatisfaction with his economic policy.