The surprising truth about downward mobility in US higher education

Share All sharing options for: The surprising truth about downward mobility in US higher education

But data released today from the OECD shows this isn't happening in the US nearly as much as it does elsewhere. America has more students falling behind their parents than most other developed countries. Almost 1 in 4 American adults age 25 to 34 has less education than his or her parents. 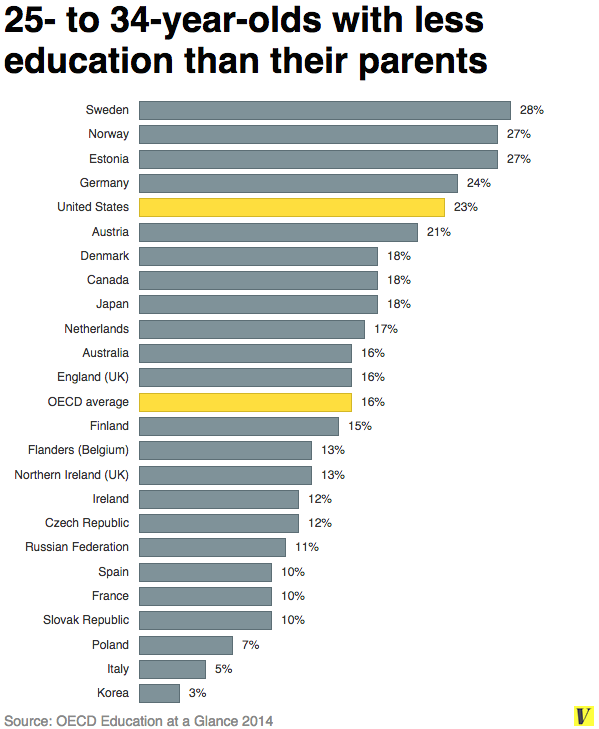 In other words, the children of American college graduates aren't necessarily going on to earn college degrees themselves. Meanwhile, the percentage of 25- to 34-year-old Americans who are surpassing their parents' education levels is relatively low:

This trend is particularly evident for men. Almost 30 percent of American men have less education than their parents; among women, just 17 percent are less-educated.

Policymakers often worry that the US is lagging in earning college degrees. Most of the explanation for this trend is that other countries have ramped up their higher education systems since the 1960s and now educate a higher proportion of their students — not that the American system has gotten worse.

But these charts suggest that not only are other countries catching up more quickly, but also the US really is falling behind.