A quick glance at new maps from the Centers for Disease Control tell a pretty damning tale of obesity in the US.

In every state, at least one-fifth of adults are obese 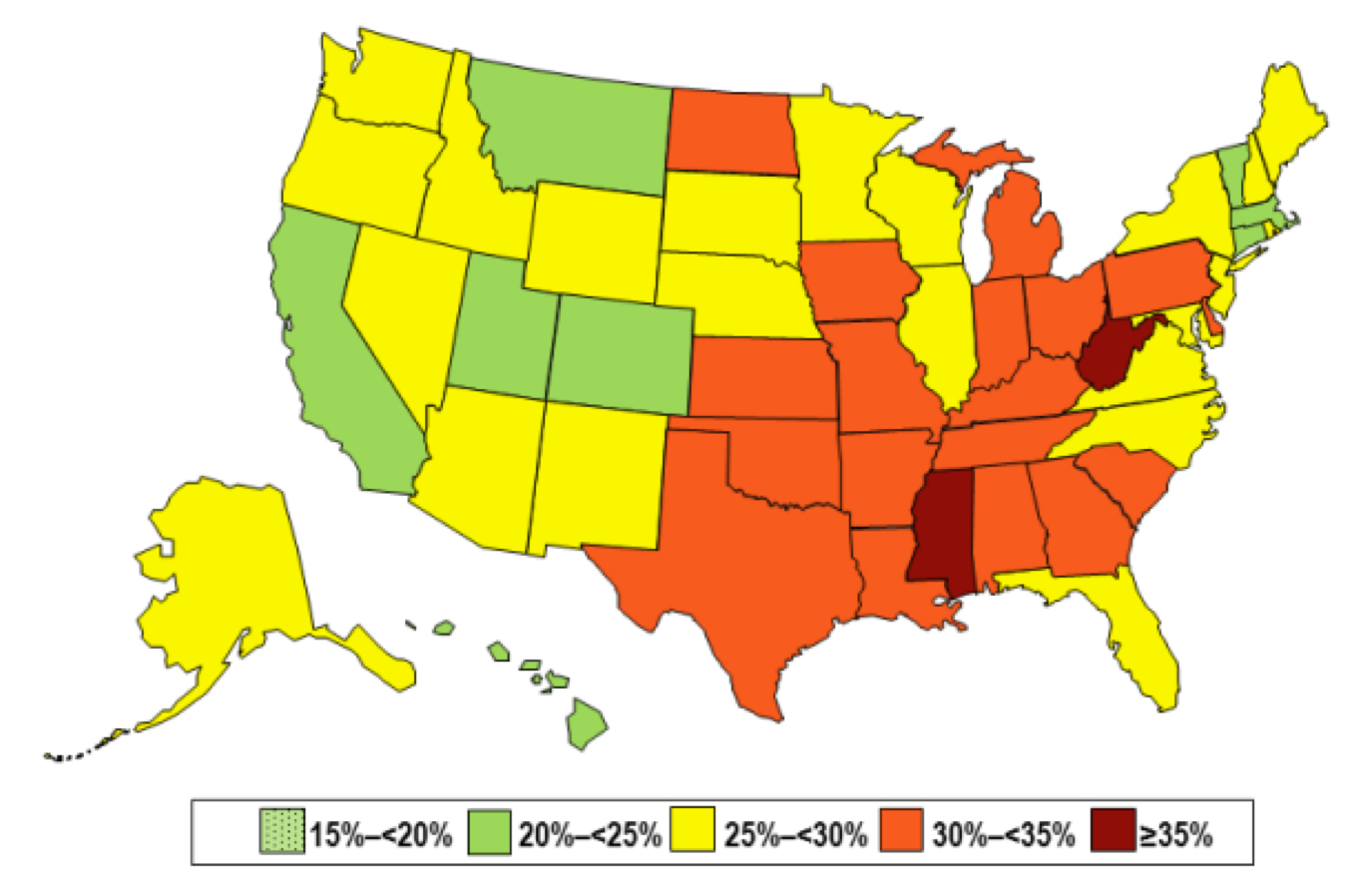 In every state, at least one-fifth of American adults are obese. In the Southern and Midwestern parts of the country, the problem is even more acute, and Mississippi and West Virginia have the highest obesity rates at over 35 percent.

Only a seven states and one district — Massachusetts, Hawaii, Colorado, Vermont, Montana, Utah, California, and the District of Columbia — recorded obesity rates below a quarter. Colorado was the least obese state, with a prevalence of 21.3 percent, followed by Hawaii at 21.8 percent.

(Chart courtesy of the State of Obesity.)

Obesity much more prevalent among minorities

Even more damning than the overall trend toward obesity are the racial disparities in the rates. Black people reported the highest obesity prevalence (37.6 percent) followed by Hispanic people (30.6 percent) and then white people (26.6 percent). So there was a more than 10 percentage point difference between obesity in blacks and whites.

This map shows the obesity prevalence by state among whites for the years 2011 to 2013.

By contrast, you can see the obesity rates among black adults for the same years. You'll notice that there are many more states reporting the highest obesity rates for this population.

The last map shows obesity among Hispanic people. Again, there's more obesity in this population than there is among white people but fewer Hispanic folks are obese when compared with black people.

The Robert Wood Johnson Foundation's State of Obesity report found that there is a strong correlation between obesity, and education and income levels.

(Map courtesy of the State of Obesity.)

A shred of good news

So as you have probably surmised by now, the scourge of obesity is very real across America and in all racial and socio-economic groups. 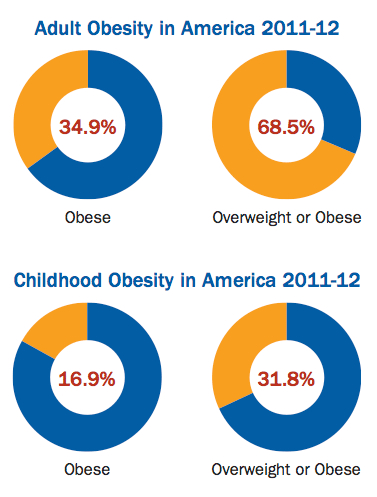 (Chart courtesy of the State of Obesity.)

But hidden among the alarming trends was a shred of good news: there is increasing evidence that obesity rates are beginning to plateau.

As the State of Obesity report showed, over the past 35 years obesity rates in adults more than doubled but — between 2009 and 2012 — they stayed the same. In children, rates have more than tripled since 1980 but also plateaued for the last decade.