Since Goyard's inception some 161 years ago, the trunk and bag-maker has maintained a mysterious and impressive reputation based on quality and prestige.

Share All sharing options for: Why Goyard Remains Fashion's Most Mysterious Luxury Brand

In 1854, Louis Vuitton was founded in Paris. Thanks in large part to its popular LV monogram, it eventually became the world's most valuable luxury brand, with more than 460 stores worldwide and some $9.4 billion in revenue as of 2013. But just one year before Vuitton was established, another French luxury brand quietly came to life.

Since Goyard's inception some 161 years ago, the trunk and bag-maker has maintained a mysterious and impressive reputation based on quality and prestige. With zero advertising, no e-commerce, and very few stockists (Stateside, Goyard is only available at Barneys and Bergdorf Goodman in New York and two stores in California), they've managed to protect their legacy while also building a buzz, simultaneously keeping their mouths shut—and everyone else out.

In today's retail landscape where companies are forced to rely on digital sales and social media engagement, Goyard shuns it all and still manages to hold its own against some of the most coveted brands in the world. How does it maintain this status? Certainly not by engaging with the media. When Racked reach out with an interview request, they politely declined and explained that their "official policy is to not speak directly to the press," and that this is something they "literally never do." They also noted that the brand "firmly believes in values such as exclusivity and discretion" and suggested we reach out to Chanel's Karl Lagerfeld for comment instead.

"In the five years I've been covering Goyard, the interest around the brand has been consistent, even more than Hermès, which is impressive," explained Amanda Mull, the managing editor of the bag-obsessive site PurseBlog and has never gotten through to the company herself. "While other brands provide more seasonal flourishes or hire new creative directors to bring in some modernity, Goyard keeps being Goyard. They keep their heads down and keep doing what they do." 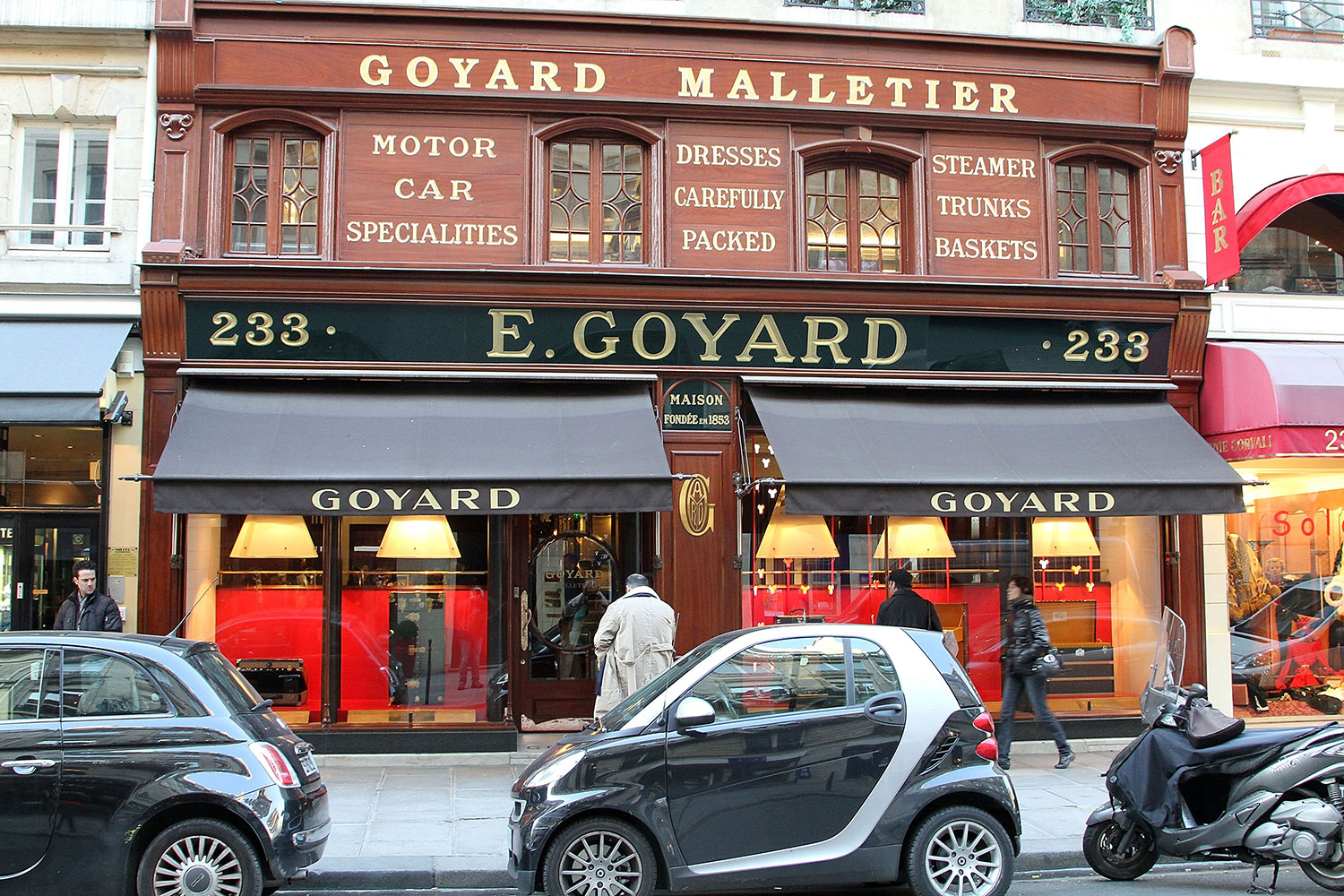 Starting in the mid-19th century, the family-owned business was renowned in Europe for its custom-made trunks, and its hand-painted Chevron patterns became instantly recognizable among the fashion set. The company now provides custom services, where apprenticed artists trained in France hand-paint initials or images onto bags for a hefty fee.

"It's an insider's bag, but it doesn't scream luxury."

"Goyard was actually purchased by the Duke of Windsor and Coco Chanel and has been very popular throughout the years, but became a fashion must around 10 to 15 years ago," Deborah Soss, Bergdorf Goodman's Vice President of Accessories and Handbags, told Racked. "The brand was always considered a premier luxury brand. It is both technically and aesthetically remarkable—the appeal is classic ease."

While competing brands like Gucci and Chanel are focused on opening dozens of impressive flagship stores around the world and expanding their footprint via collaborations, celebrity endorsements, and blockbuster fashion shows, Goyard is solely focused artisanal craftsmanship in one product category, which explains why there's such a limited supply of merchandise.

"Their brand is not just about legacy and heritage, it's also about functionality," Rati Levesque, Chief Merchant of luxury resale site The Real Real, noted. "Their bags are easy, light, and well-made. The brand holds resell value because it's like an heirloom. It's an insider's bag, but it doesn't scream luxury." 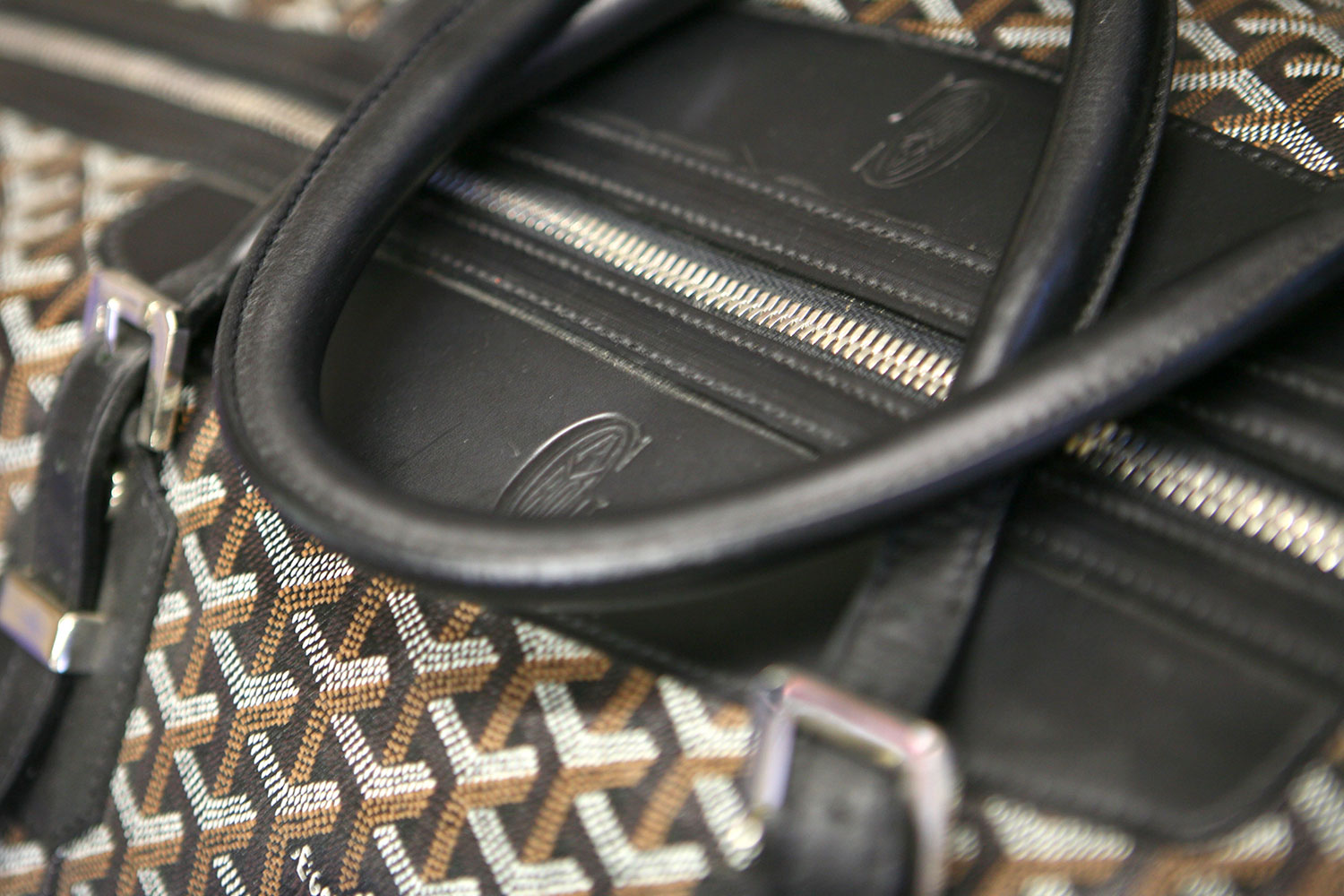 Secrecy is also part of the appeal. In July, Racked New York reported that signs for a New York store went up on Madison Avenue, but the brand has yet to confirm or release any information about the opening. Back in 2010, when the brand came out with an art book which Suzy Menkes dubbed "a luxury bible," only 233 copies were distributed; a copy of the book is available for viewing by appointment at its Paris shop.

The inaccessibility works: Discussions about Goyard on handbag forums are prevalent, the bags sell on eBay for almost the same as retail price, and interest in the brand has steadily increased according to Google Trends.

Secrecy is also part of the appeal.

"I think there is always an allure to a bit of mystery," Bergdorf's Soss said. "Goyard's confidentiality and exclusivity is definitely a contributing factor to a man or woman's desire to purchase, especially when they do have a vast amount of options when purchasing accessories. Customers gravitate to a timeless brand that is not trend-focused."

This exclusivity surprisingly doesn't come at an insane cost either. A classic Goyard tote will run you $1,150, while the similarly-sized Louis Vuitton one rings up at $1,810. And yet, even with higher price points, big fashion brands like Vuitton lose their status by churning out huge volumes of product—a true paradox many brands are struggling with as the internet all but does away with barriers to luxury.

"This is precisely the Achilles' heel with a brand like Louis Vuitton, that has become way too popular," explained luxury retail analyst Pam Danziger. "They've become too familiar and have reached a common place. If everyone has their mass market products, it's less desirable. Goyard holds its traditional craft-oriented roots that truly has a limited supply because that's what their commitment is about." 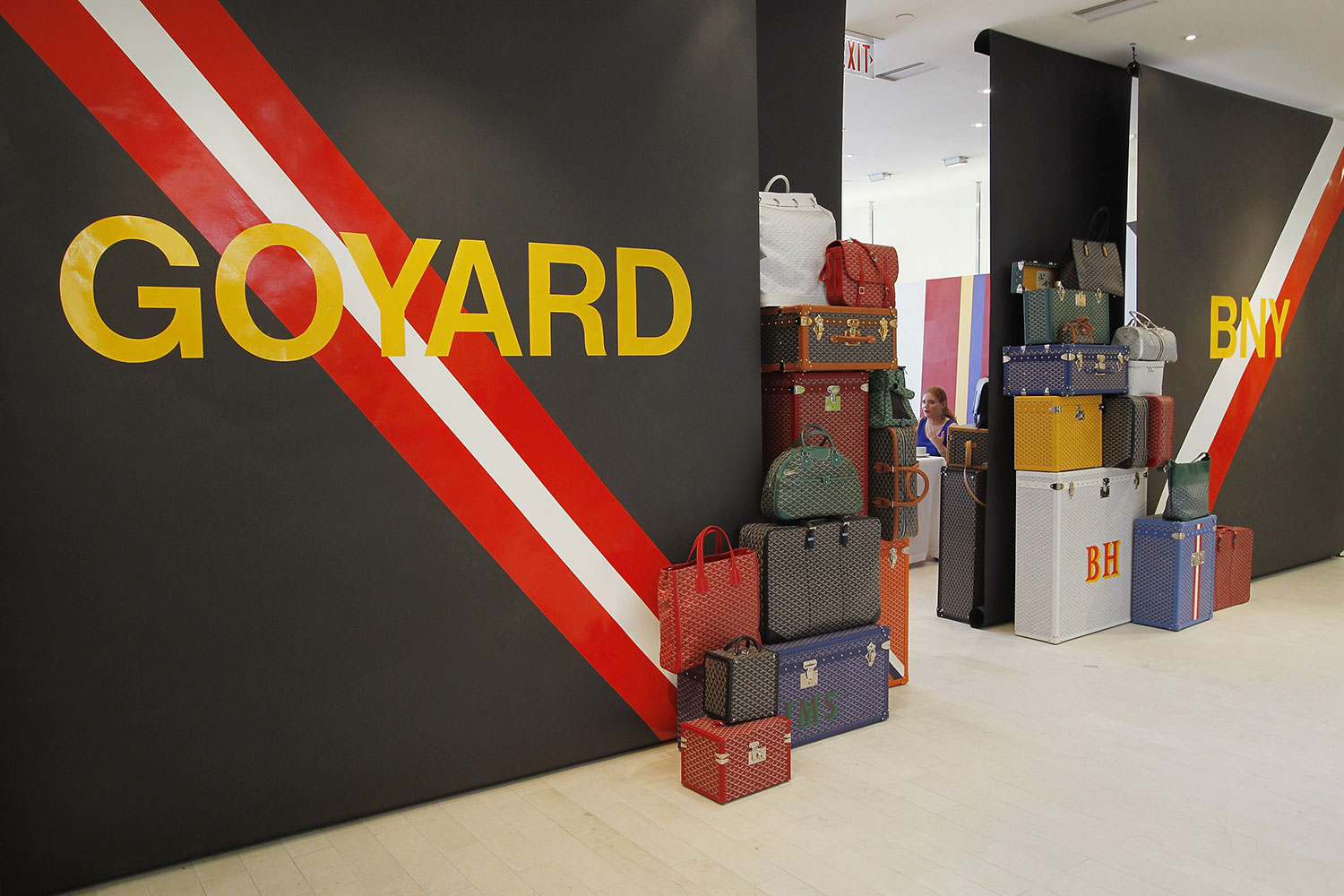 A shot from the Goyard launch at Barneys New York. Photo: Getty Images

Privately-owned Goyard, Danziger also noted, doesn't have to answer to stakeholders and corporate executives—a position most fashion brands don't have the privilege of holding. The biggies owned by public behemoths like LVMH (Louis Vuitton, Dior, Celine, Fendi, Givenchy, Marc Jacobs and Bulgari) and Kering (Alexander McQueen, Balenciaga, Bottega Veneta, Gucci, and Saint Laurent) are fueled by numbers rather than reputation maintenance, and with earnings expectations to meet, protecting their brand becomes secondary.

"So many luxury brands have gotten greedy, expanding their product so they can answer to investors."

"These public companies have to feed the beast. They have quarterly stock reports, which can be a fatal flaw to these brands attempting to maintain their integrity," Danziger said. "So many luxury brands have gotten greedy, expanding their product so they can answer to investors. You've got their stores cropping up everywhere, until, essentially, they are just Proctor & Gamble."

While Goyard's mystery marketing strategy, or lack thereof, has worked for the past century and a half, not everyone's convinced its methods will prevail in the long run. PurseBlog's Mull, for one, believes Goyard's isolation may ultimately be harmful. Luxury brands must brace themselves for internet-native millennial shoppers who spend $600 billion annually, and Goyard could fail to engage young consumers unless it dabbles in some sort of e-commerce. However, Eugene Kan, managing editor of men's style site HYPEBEAST, mused that market domination has certainly not been on Goyard's agenda, and may very possibly never be.

"With Goyard, there's a notion of having that one foot in the door where enough people know, care, recognize, and yearn for it," said Kan. "It's important to note that in reality, a brand's interests may not be to blow up and make massive amounts of money, but rather create the absolute best possible product period."

How the right’s radical thinkers are coping with the midterms