Where America's 46 million immigrants come from, in one map

Share All sharing options for: Where America's 46 million immigrants come from, in one map

Nearly 46 million people living in the US were born in other countries. A new map from the Pew Research Center helps track where all those people originated: 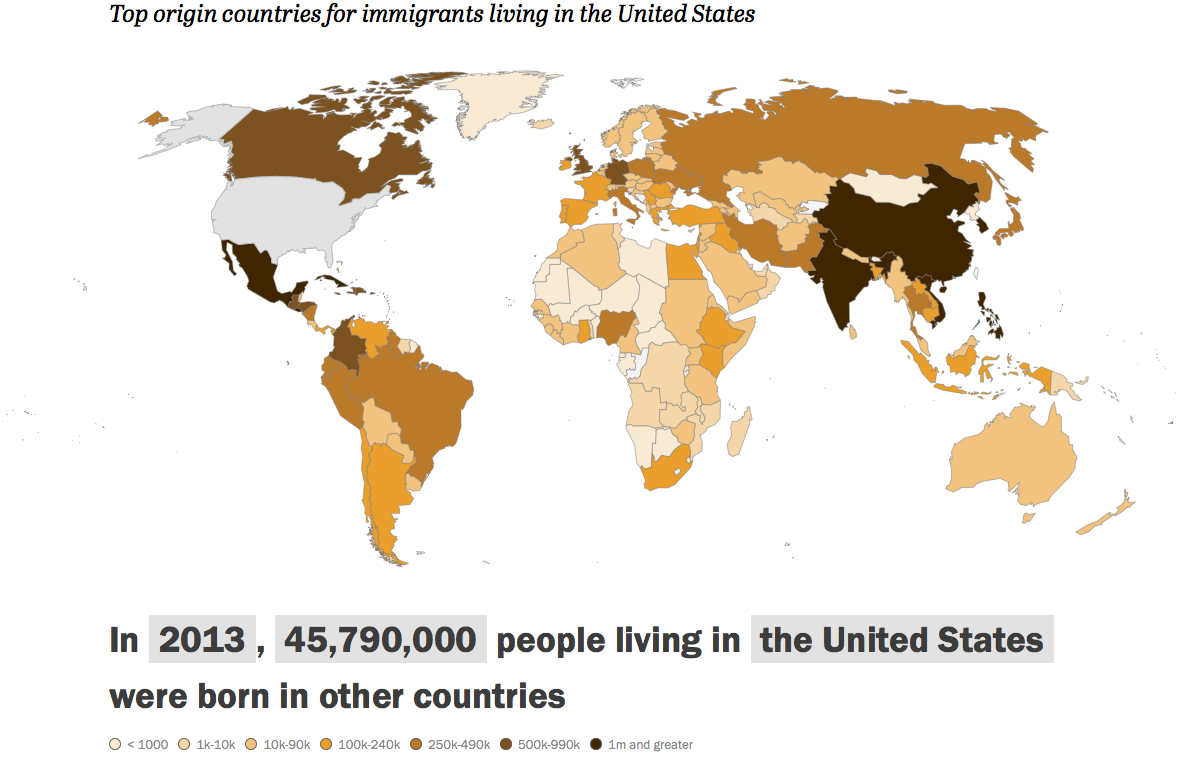 That's only a small part of all the information compiled by Pew, though. The full interactive map on Pew's page lets you compare migrants in and out of every country during four different periods (1990, 2000, 2010, and 2013). It's really worth checking out in its entirety.

The best $17.59 I’ve ever spent: A totally normal alarm clock

The philosopher who resisted despair

Albert Camus and the search for solace in a cruel age.

Are active shooter drills worth it?