Sierra Leone is forcing its citizens into isolation to fight Ebola

Share All sharing options for: Sierra Leone is forcing its citizens into isolation to fight Ebola

In a new Vox video (above) aid worker Ishmeal Alfred Charles describes the realities of life in Freetown, Sierra Leone, a city currently losing its battle against Ebola.

During Sierra Leone's bloody 11-year civil war in the 1990s, there were no government-imposed lockdowns, even though people would often hide in their homes out of fear of reprisal from rebel fighters.

But now, because of the ongoing Ebola epidemic, the government is effectively grinding the country to a halt by imposing mandatory lockdowns on its citizens. The first ran from September 19 to 21, when Sierra Leoneans were not be allowed to leave their homes in an attempt to stop the spread of the virus and isolate new cases. Some 350 people with Ebola were identified.

As the death toll in the country rises exponentially, Sierra Leone's President Ernest Bai Koroma announced this week that he would extend the quarantine to include another one million people in three districts and 12 tribal chiefdoms in the country. This is an unprecedented move in a country desperate to contain the outbreak.

To get a sense of just how dire the situation is, read parts of the president's recent address to the nation:

The isolation of districts and chiefdoms will definitely pose great difficulties for our people in those districts. But the life of everyone and the survival of our country take precedence over these difficulties...

These are trying moments for everyone in the country, but we are a resilient people, a people that have shown their ability to unite and stand up as one to overcome difficulties...

We will use these strengths to confront those tendencies that undermine the fight against the disease, we will utilize our better calling to end this outbreak, and by the grace of God Almighty, we shall overcome and free our land from this evil virus.

The districts where Ebola is believed to be moving fast — Port Loko, Bombali, Moyamba — are now under isolation. People can't leave their homes or go to school or work. During this period, government and public-health officials are going door to door, educating people about Ebola and trying to identify patients who should be brought to containment facilities.

Officials in Sierra Leone are worried that many Ebola victims are either going underground or simply unable to access care.

The New York Times recently reported that the government of Sierra Leone has acknowledged the death toll is "worse than what was being reflected in reports." 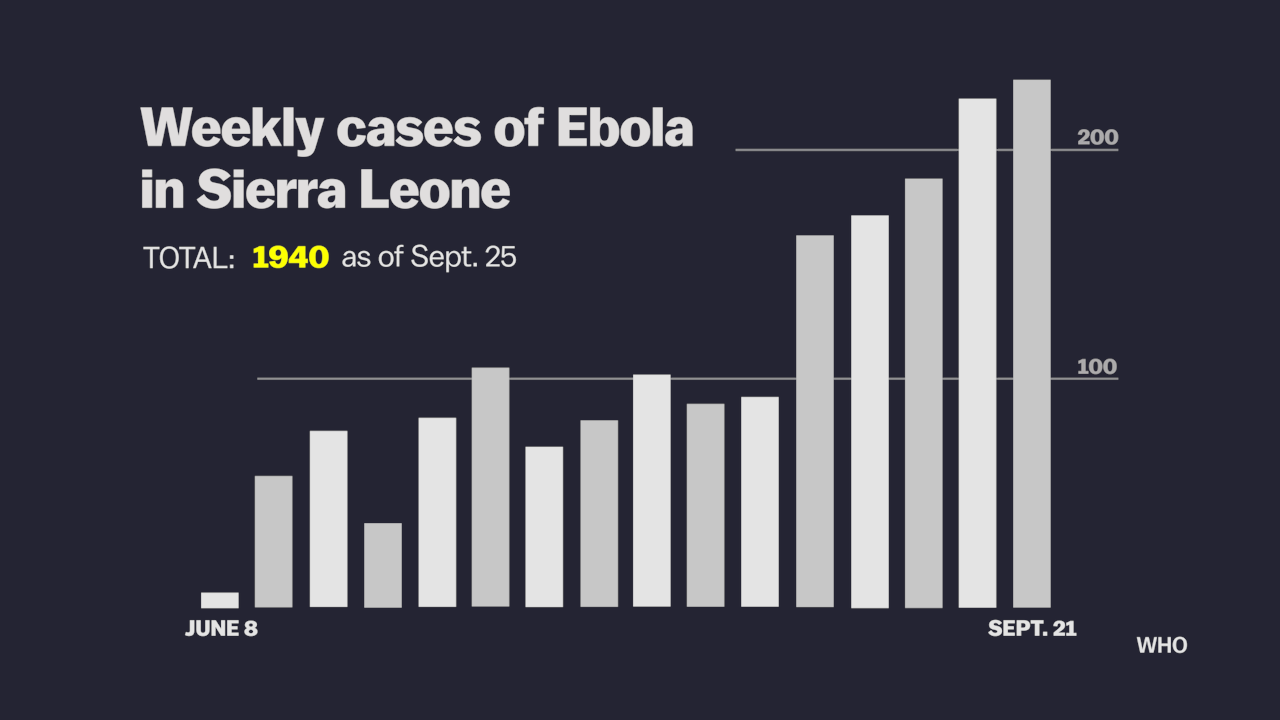 Under-reporting is a concern in all countries most affected by Ebola right now — Sierra Leone, Liberia and Guinea. They are reportedly dealing with 6,000 cases and 2,900 deaths at the moment but the WHO said these figures  "vastly underestimate the true scale of the epidemic."

In its latest update on Ebola, the agency said that this epidemic amounts to "the most severe acute public health emergency seen in modern times. Never before in recorded history has a biosafety level four pathogen infected so many people so quickly, over such a broad geographical area, for so long."

Not everyone's convinced the quarantine is a good idea

Still, not every agrees forceful measures like the quarantine in Sierra Leone are a good idea. Médecins sans Frontières has expressed the worry that mandatory isolation will "end up driving people underground and jeopardizing the trust between people and health providers."

Some were also concerned that, because the latest lockdown came without a warning, people were unprepared and could go hungry. There's also the very real possibility that quarantines will deal a tragic blow to Sierra Leone's already fragile economy. 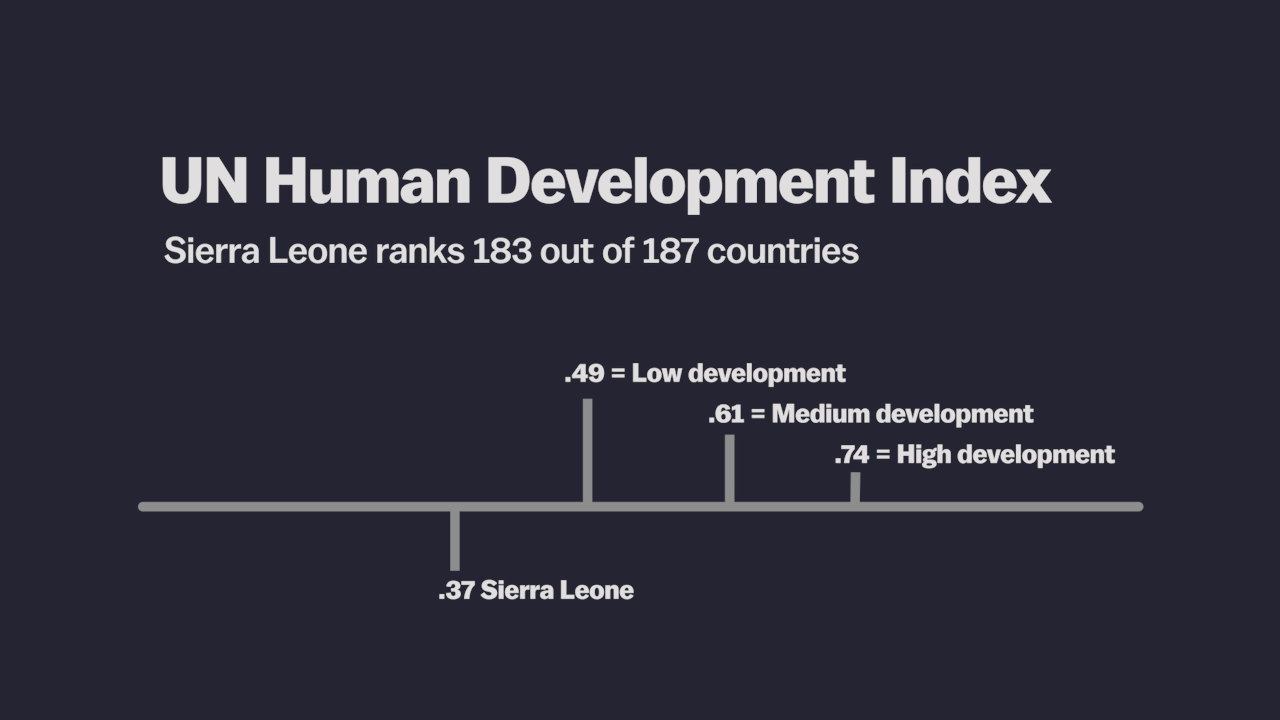 Speaking at a United Nations special meeting of world leaders on the Ebola crisis, President Barack Obama said the world needed to wake up to the deadly threat.

"If this epidemic is not stopped, this disease could cause a humanitarian catastrophe across the region," Obama said, adding: "We are not moving fast enough. We are not doing enough. There is still a significant gap between where we are and where we need to be."

Dr. Joanne Liu, international president of Médecins Sans Frontières, said Ebola is killing more than just those infected by the virus. "Mounting numbers are dying of other diseases, like malaria, because health systems have collapsed," she said.

"The sick continue to be turned away, only to return home and spread the virus among loved ones and neighbors."

This is the worst Ebola epidemic in history. To learn more about why, read our Vox cardstack.