Share All sharing options for: Chart: Humanity is conquering death

One of the greatest global developments in the past few decades is the sharp decline in the infant mortality rate. But it's also true that, by and large, every age group's risk of dying has dramatically fallen around the world.

This great chart from the Economist, based on United Nations data and an extensive Lancet study, tracks the trends around the world: 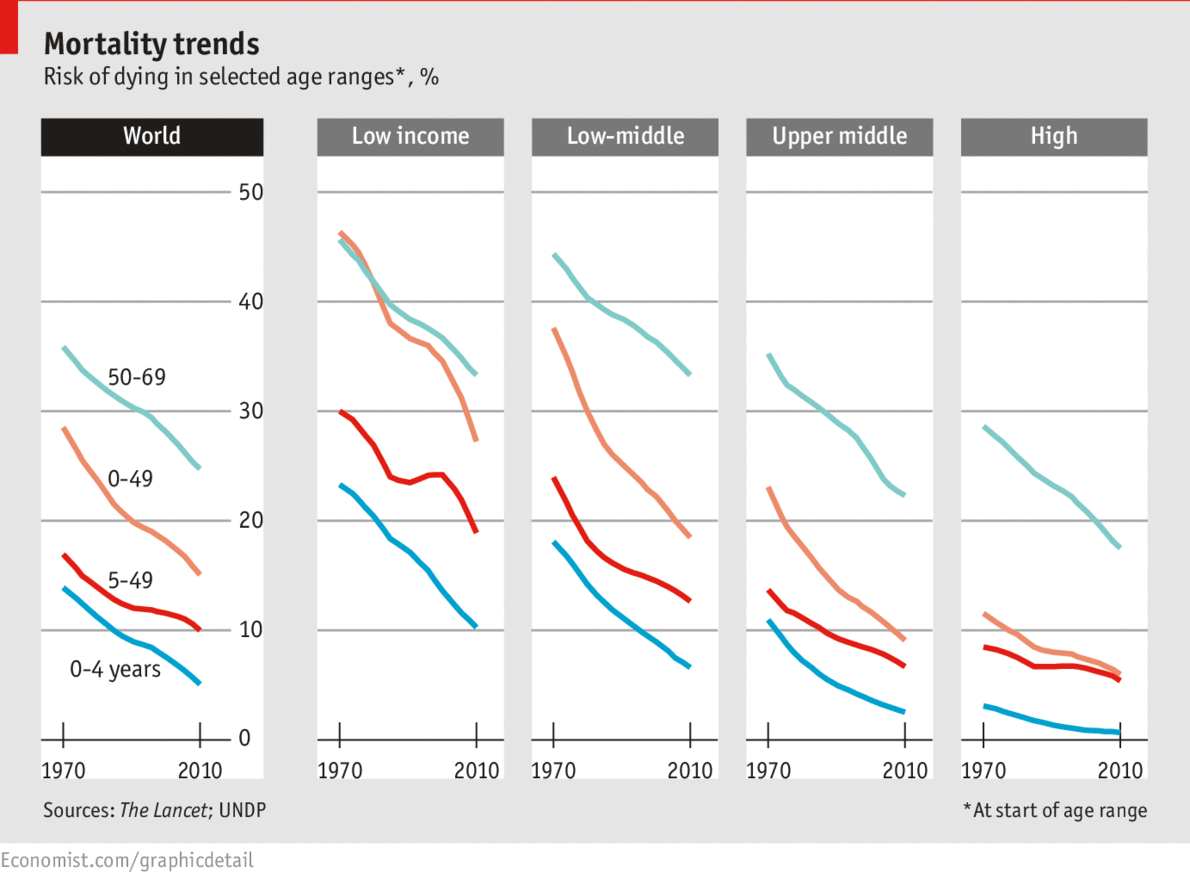 As the chart indicates, the biggest drops in risk of death occurred in poor and low-to-middle-income countries. As the Economist points out, there were notable exceptions in countries ravaged by political conflicts and HIV/AIDS that aren't shown in this chart, but the chart reflects the overall positive trend across the globe.