To fight ISIS, Obama needs to wage the kind of war he hates

Share All sharing options for: To fight ISIS, Obama needs to wage the kind of war he hates

Fairly early in his presidency, which he entered on the promise of ending the war in Iraq, President Obama seemed to set a hard limit on American military force: no overt warfare. His early and failed attempt to win the war in Afghanistan hardened his resolve, and with the brief exception of his 2011 Libya intervention, for which he now expresses open regret, he has gone to exceptional lengths to resist open war.

At the same time, however, he has grown more comfortable with the dark arts of counterterrorism — drone strikes, special forces raids, air strikes, eavesdropping, an assassination program so ruthless it has targeted American citizens — than any modern American president. Obama has fought a global shadow war far beyond what even his hawkish predecessor George W. Bush ever imagined.

The defining feature of Obama's use of military force has been his refusal to cross the line separating shadow war from open war — a refusal that has come despite years of intense pressure from US allies, much of Washington's foreign policy community, and even several senior members of his own cabinet.

Now the Iraq- and Syria-based jihadist group ISIS has pulled Obama over the line. After three years of refusal to use military force in Syria, after his top-priority effort to remove American military force from Iraq, Obama is now openly bombing ISIS in both countries. His strategy is so ambitious that his own Pentagon says it will take American ground troops to complete.

The counterterrorism president is now at war. Whether Obama embraces the war presidency he has long resisted, or scales back to the counterterrorism strategy with which he is more comfortable and more capable, ISIS is challenging the very core of Obama's foreign policy so centrally that how he responds may well define his presidency.

How ISIS forced Obama out of the shadows 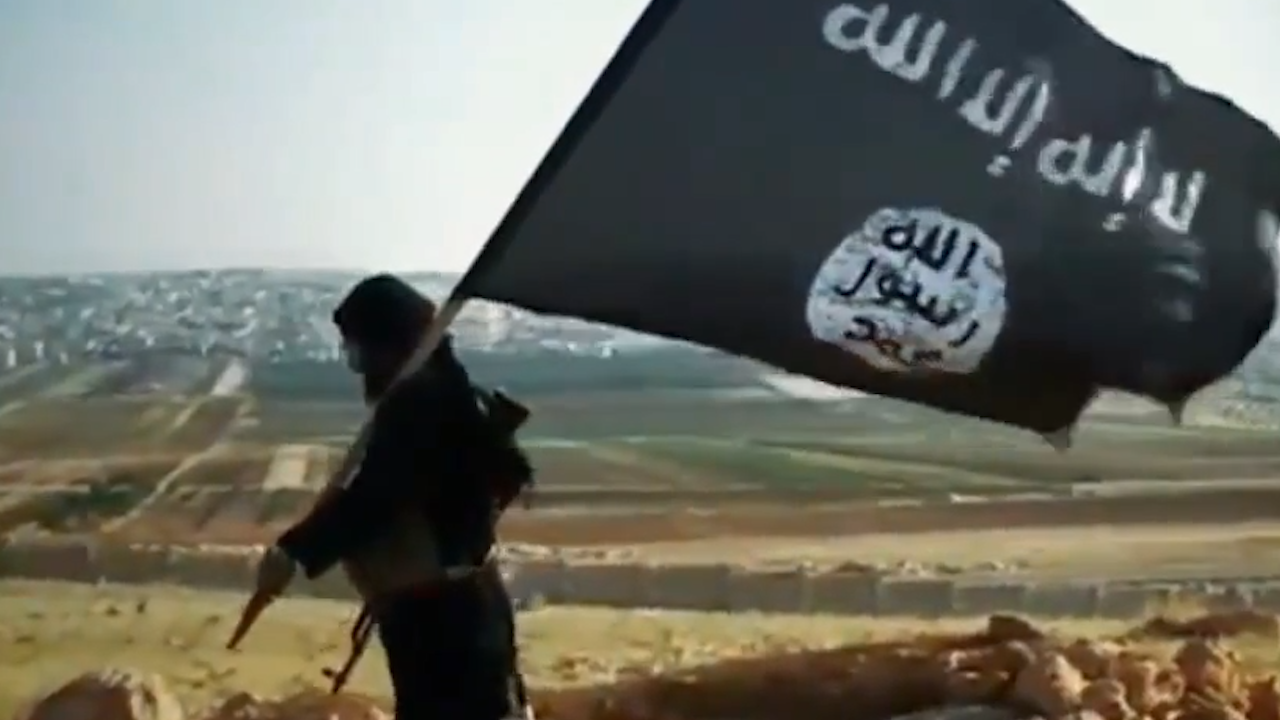 An Islamic State militant waves the ISIS flag somewhere over Iraq, in this still from an ISIS-uploaded video. (YouTube)

It can be easy to forget, with all his foreign policy setbacks, that Obama's shadow war has been, by the narrow measures he's set for himself, a resounding success. He has confronted, contained, and weakened anti-American jihadist groups in Yemen, Somalia, Nigeria, Afghanistan, Algeria, and Pakistan, as well as in Iraq, often directly but sometimes through a friendly local government. These campaigns, along with overdue reforms to US intelligence agencies and how they cooperate, have successfully protected Americans and American interests from groups that exist to attack them.

The scale of this success may never be fully recorded, because it has been fought preemptively and secretly. But it is stunning to contrast it with the spectacular failures of the Clinton and Bush administrations. Bill Clinton tried several times to kill Osama bin Laden and attack al-Qaeda, failing so completely that attempts like 1998's Operation Infinite Reach only strengthened and legitimized the group. George W. Bush's invasion of Iraq, not to mention his woefully misguided flypaper theory, exacerbated anti-American jihadism and granted jihadists an enormous recruiting and training ground, all while neglecting the real threats in Afghanistan.

Obama's campaign, though remarkably successful, has opened alarming ethical and legal questions that may take a generation or more to answer, particularly his use of targeted assassinations, including of Americans, as well as his nearly unbridled electronic spying programs. He has supported dictators. And he has largely stood by as the nations and societies where he is waging his shadow war have disintegrated into disorder, anger, and chaos. His refusal to become a war president — or even to subordinate short-term counterterrorism goals in pursuit of long-term efforts to build up self-sufficient democratic governments in these countries — allowed that chaos to spread.

But Obama clearly believes that he no longer has a choice.

Can the counterterrorism president become a war president? 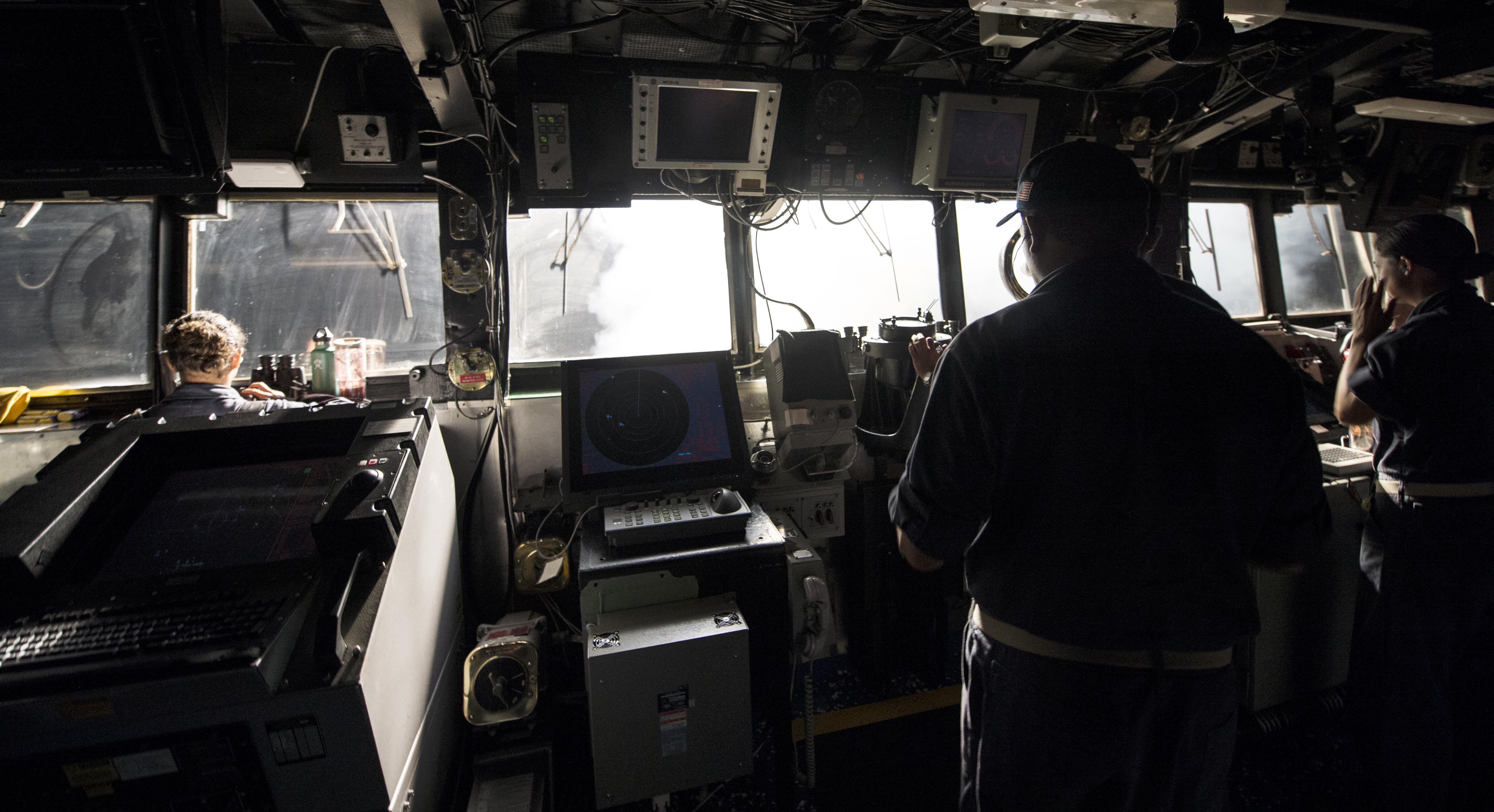 Obama's counterterrorism mission compels him to take on ISIS, whose jihadist ideology and murders of two American journalists present a clear terrorism threat, but which by its unprecedented size and strength cannot be defeated by the tools of counterterrorism alone.

ISIS's claim to statehood is so abhorrent that many media outlets refuse to even acknowledge it for fear of legitimizing the group. But the group controls a vast swath of territory, which it governs more or less uncontested. It pumps and exports oil. It possesses heavy military equipment, and it has grown so strong that it can challenge, and in many cases defeat, the national militaries of Syria and Iraq.

ISIS is, at the least, a state-like entity. And the way you fight a state is not with CIA-targeted drone strikes and midnight special forces raids; it's with overt military assaults — with war. ISIS holds territory, from which it launches attacks, organizes its thousands of fighters, and ships the oil that funds it. And the only way you can retake territory is with a big, conventional military force; with many boots — whether American or Syrian or Iraqi boots — on the ground.

But in order to win the war with ISIS, Obama knows that he will have to confront ISIS on its own terms, as something like a state. That's why he's sent American air strikes and cruise missile strikes against the group, and tried to build up the Iraqi national army in Iraq and moderate rebels in Syria to act as the ground troops. He's begun to engage ISIS in something like a conventional war.

If conventional war is the path Obama chooses to go down, he will have to embrace his new role as a war president — a role he attempted briefly in Afghanistan in 2009, found he was deeply uncomfortable (and perhaps unskilled) with, and has resisted ever since. Yet the counterterrorism presidency, his administration seems to be realizing, is not sufficient for this challenge. But becoming a war president might not work either, and presents the risk of leaving America saddled with another open-ended war in the Middle East.

This is his dilemma. Either Obama will have to willingly cross that line and embrace his new role as war president, risking a legacy of open-ended and possibly disastrous war, or he will remain a counterterrorism president — a role with which he is more comfortable and more skilled, but that is so alarmingly unsuited to the task that failure is all but certain. It is an impossible choice, but a choice that Obama, whether he does so deliberately or by drifting into one course or the other, will have to make.