Share All sharing options for: 4 amazing charts about pumpkins

It's time to bust out your most cherished decorative gourds: today is the first day of fall. To celebrate, here are some charts to explore whether America has a pumpkin addiction that is spiraling viciously out of control.

1) Pumpkins are getting more popular, at the expense of squash 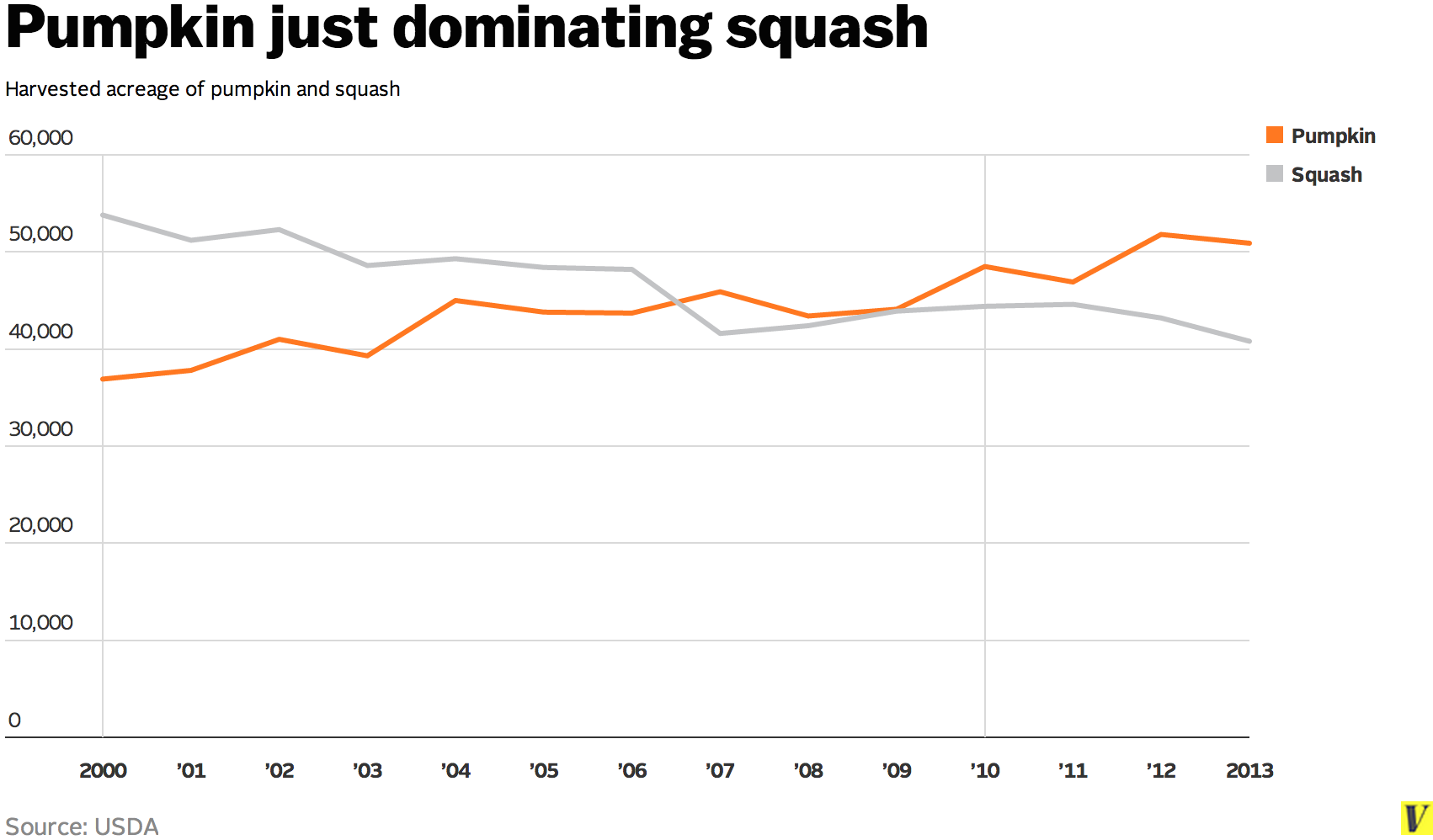 Demand for pumpkins is soaring. And it's not a victimless trend.

Squash, back in the glory days of the early 2000s, used to be the more popular gourd among American farmers. Not anymore: Back in 2007, farmers began devoting a larger share of their fields to pumpkin. Ever since, there's been no going back, as pumpkin continues to grow in its harvested acreage and squash's share of field space gets smaller and smaller.

2) Demand for decorative gourds, however, is just really out of control 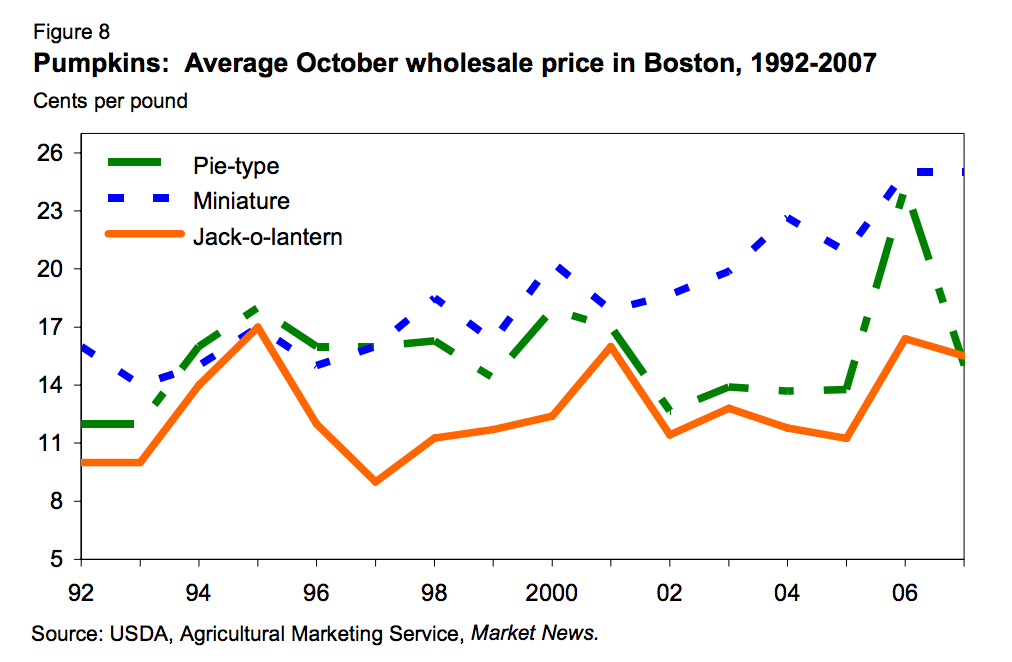 Mini-pumpkins are definitely a seller's market: the price per pound rose from 14 cents in the mid-1990s to about 25 cents today. Unfortunately, the Agriculture Department hasn't updated these statistics since then, so we don't know how mini-pumpkin prices have changed in the past seven years. And, more importantly, we can't chart whether one most-excellent McSweeney's article had any tangible impact on the decorative gourd market.

3) Per capita pumpkin use fluctuates 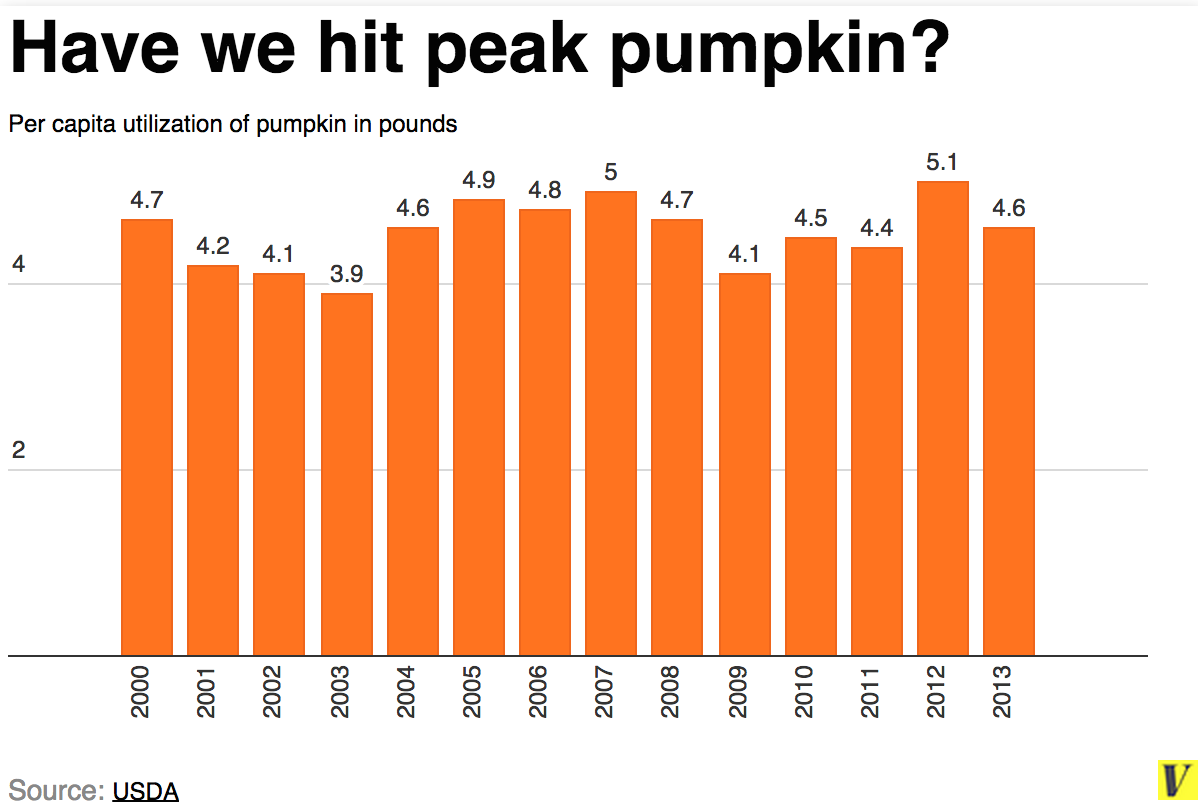 "The popularity of urban pumpkin patches, fall festivals, and ornamental use of pumpkins in homes and businesses," USDA researchers have written, "have all helped to increase demand over the past two decades." 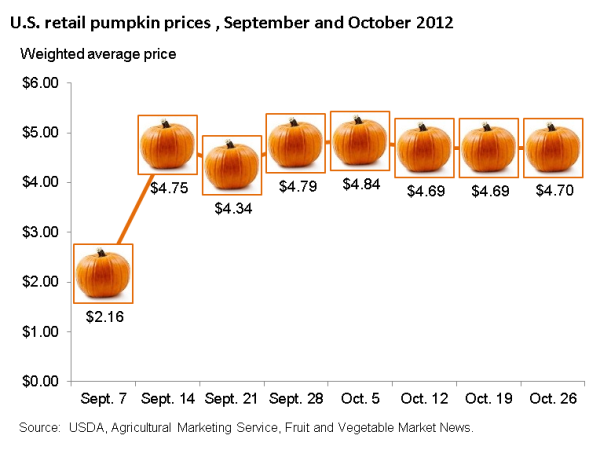 If you don't mind just a little bit of pumpkin decay, you probably should have purchased your jack-o-lantern pumpkin last week. USDA data from 2012 shows that pumpkin prices essentially double after the  first week of September. So, if you don't have your pumpkin yet, consider yourself one of the suckers who will be paying nearly $5 for a pumpkin. Thus is the price of America's ever-growing pumpkin addiction.