The surprising rise of disability among America's higher-income kids

Share All sharing options for: The surprising rise of disability among America's higher-income kids

Rates of disability among children rose more than 16 percent over the past decade — and researchers aren't totally sure why.

The new data comes from an article in the journal Pediatrics, which charts disability rates among children between 2001 and 2011. In surveys used to figure this out, parents are asked to choose whether 14 different disabilities or limitations (including those that are physical, like birth defects, and those that are mental, including ADHD) effect their children. The rate of disability rose from 68.7 cases per 1,000 children in 2001 to 79.4 cases per 1,000 children in 2011. 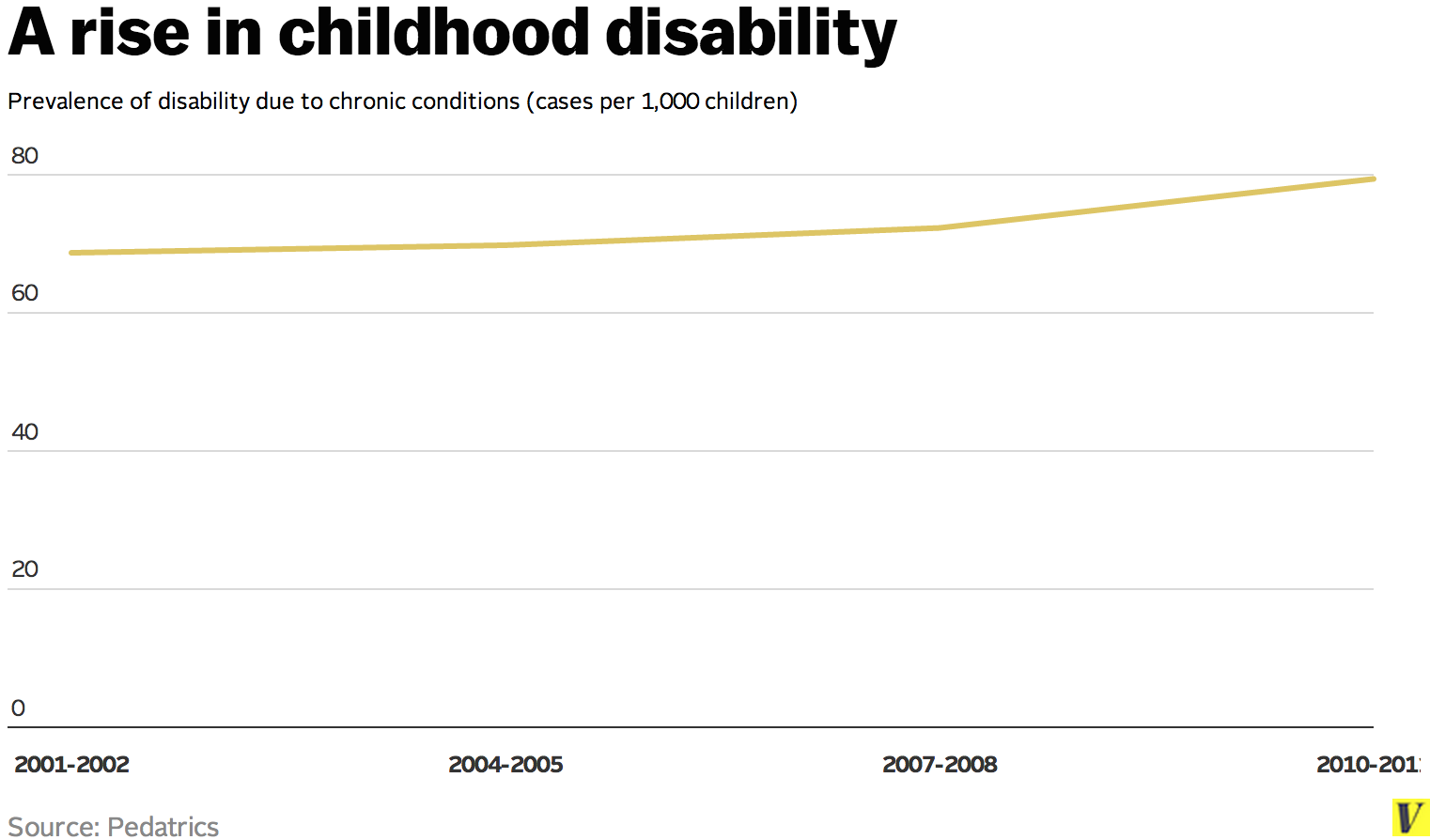 While rates of disability are higher among low-income children, although researchers noticed that most of the increase in the past decade is concentrated among higher-income families, especially between 2008 and 2010. 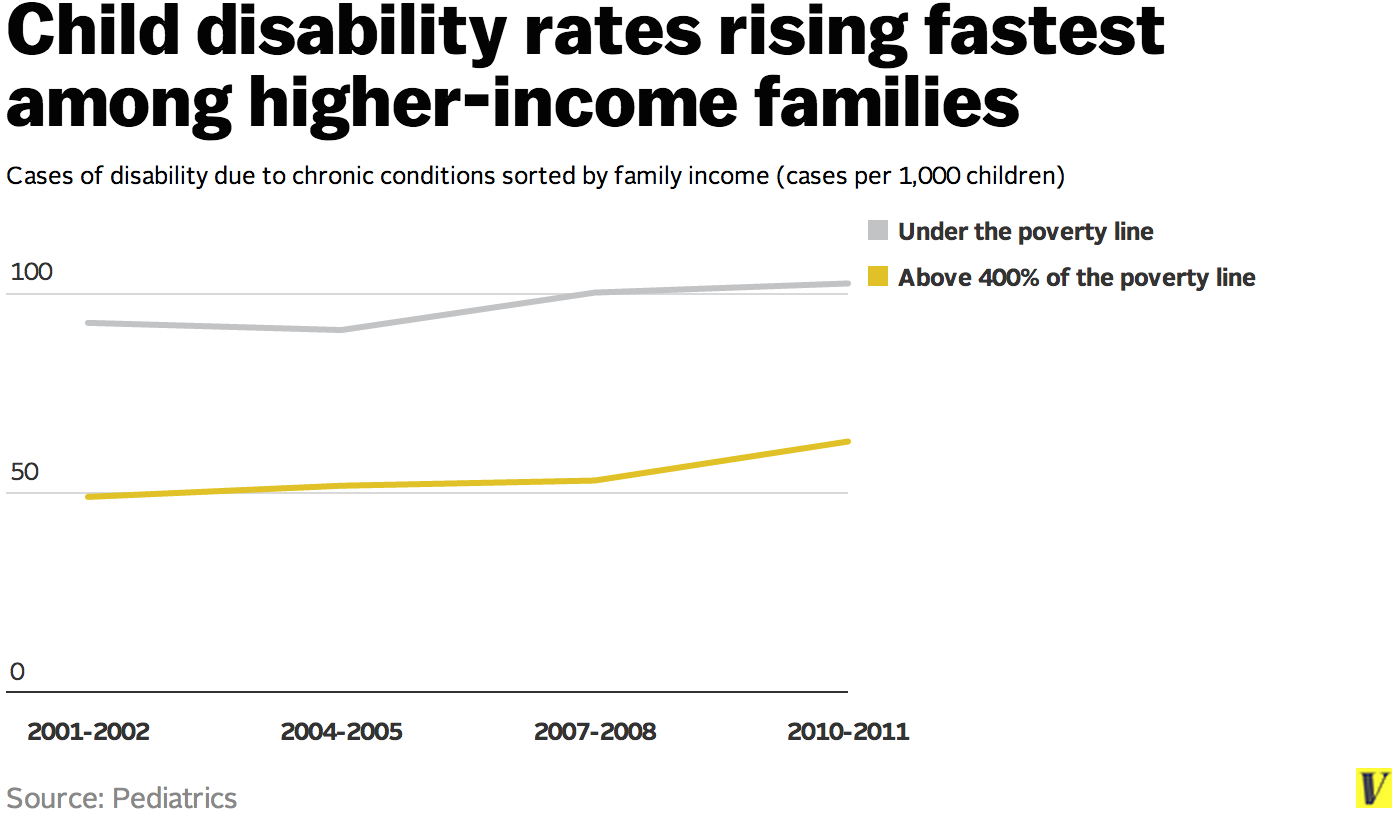 Describing the findings as unexpected, researchers write that this is the first time that the rise in disability has "disproportionately occurred among socially advantaged families" since this particular survey began in 1957.

One explanation for the rise in disability is something the researchers call diagnostic shift: more kids are getting a name put to their condition than may have in the past. You see, for example, a fast increase in diagnoses of neural or mental health conditions among young children. This could mean more kids with mental limitations, or it could suggest "increased awareness of these conditions and the need for a specific diagnosis to receive services such as early intervention," the researchers write.

Bill Gardner at the Incidental Economist makes a version of this argument using the new Pediatrics data.

"Perhaps the concept of disability is expanding over time," he writes. "That is, maybe the definition is changing, not the children. I think this is likely and even sensible. Physical labor is disappearing and employment increasingly requires sophisticated skills deployed in office settings. A neurological or mental health impairment makes you less able to function in an office and also in the schools designed to prepare you for one."

The idea that diagnoses, rather than disabilities, are increasing could also explain why some of the increase in disability is happening among more affluent populations. Children from higher-income families may have better access to doctors and psychologists who would diagnose their condition in the first place.

There's also some good news in these new figures: while mental disabilities are on the rise, there has also been a 11 percent decline in physical disabilities among children over the past decade. Much of this is concentrated in declines among respiratory diseases, like asthma, which have fallen by nearly a quarter just in the course of 10 years.