How to rearrange your environment to lose weight

Share All sharing options for: How to rearrange your environment to lose weight

As of March 2018, Brian Wansink's research program — including studies mentioned in this piece — is now under investigation by Cornell following accusations of data manipulation. For more, see here.

The design of a food label, the size of a package, the name of a restaurant item: for more than two decades, Cornell professor Brian Wansink has been studying how these little things add up to shape the decisions we make about our food — and reshape our bodies. You may remember Wansink from such classic research as "the bottomless bowls" study, which showed that people will mindlessly guzzle down soup as long as their bowls are automatically refilled, or the "bad popcorn" study, which demonstrated that we'll gobble up stale and unpalatable food when it's presented to us in huge quantities. 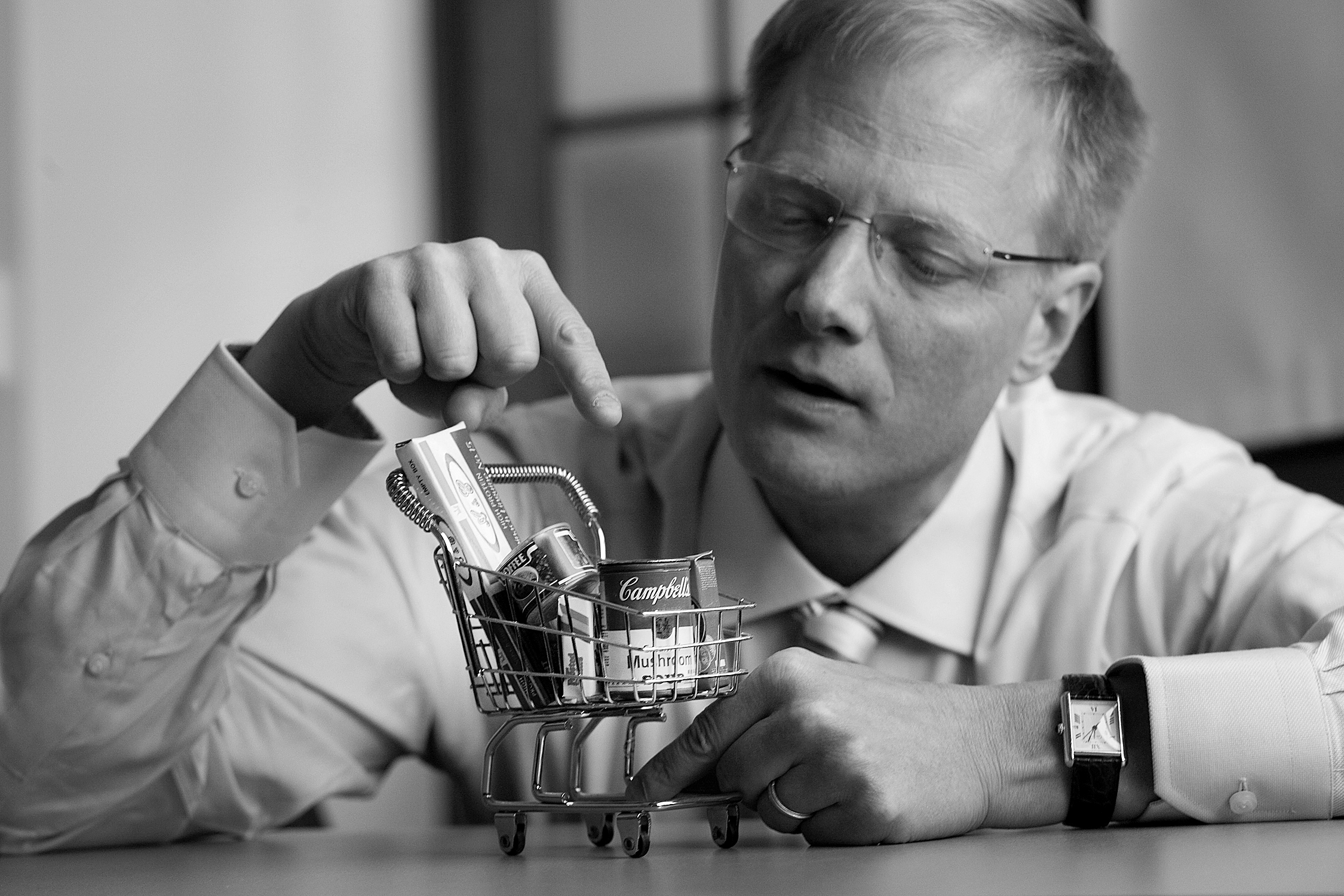 Over the years, Wansink has become increasingly convinced that, perhaps more than anything, we need to redesign our environments to nudge people toward healthy eating. "It's easier to become slim by design than slim by will power," he told Vox. "Design you change once; will power you have to do every day for the rest your life."

With a new book out, Slim by Design, Vox spoke to him about the small changes he thinks people should make to live healthier lives and how consumers can be empowered to alter their surroundings — from restaurants to grocery stores and schools — in a way that could help us all lose weight.

Julia Belluz: What made you start looking at the impact of our surroundings on our bodies?

Brian Wansink: I have been researching in this area of how you can influence healthy eating for 25 years. We had been doing research on packaging, and found that smaller packages mean people end up eating dramatically less food. I found people would pay a premium for smaller packages. I told M&M, Mars and Nabisco to make 100-calorie packs. They didn't believe it at first, but they eventually made them, and that ended up being a huge success. Since then, I've been looking at what are the things in our environments that trip us up. With Slim by Design, I'm looking more broadly across society: what we can do ourselves, in our homes, our restaurants, where we shop, to be healthier.

JB: In the book, you note that most Americans eat more than 80 percent of their food within five miles of where they live, and you call for a consumer-led movement to re-engineer these spaces. Can you tell me about what this looks like?

BW: For example, we have this 100-point scorecard for lunch rooms in schools. Instead of banning chocolate milk, it gives schools points if they make white milk more convenient and attractive to drink. If there is fruit that's provided within two feet of a cash register, they'd get another point. If they name the healthy vegetables cool names, another point. Most school lunchrooms initially only score between 20 to 30 points. These changes can be made in a weekend and cost almost nothing to do.


"The reason I'm not very sanguine about policy is that it tremendously backfires. I can guess in 1920 that they thought prohibition was going to be a great Idea."
JB: So consumers hold the answer to the obesity crisis?

BW: Up until now, consumers haven't really known that they could ask a restaurant to change, or ask their workplace or school to make changes. They didn't know what to ask. That's been my mission for the last seven years: trying to figure out what can be done that works. If we get a restaurant to offer half-size portions, it's not just us who benefit, it's all the people who didn't realize to ask for half-size portions. Then a sea change happens. To cause a transformation, we can't do it by shaking a finger at restaurants or grocery stores. You have to do it by hitting it where it counts the most: having consumers say "here's what I want."

JB: Handing the responsibility to the individual somewhat takes this problem out of the realm of policy. You aren't a fan of policy solutions, are you?

BW: The reason I'm not very sanguine about policy is that it tremendously backfires. I can guess in 1920 that they thought Prohibition was going to be a great idea. There's a lot of things I don't think it would be a good idea to ask restaurants to do, that won't make them more money, but there are a lot of things they can do that would help us eat better and they'd make more money: offering half-size portions, not offering bread baskets.

What we've tried to do in the past is to fight the obesity crisis by asking the individual to do it: saying it's will power and education. We  tried to become slim by willpower and then slim by policy, and that didn't work well. What we haven't done is engage the consumer.

JB: What are the health hazards people can change immediately?

BW: People need to make sure they have a fruit bowl within two feet of where they regularly walk in their kitchen. The second change I'd make is don't eat lunch at your desk. Go out to lunch. Get away from the desk. You'll not only feel happier but you'll be less likely to overeat snacks and you're going to enjoy things more. The third thing I'd do would be to go this website and print out the scorecard for your child's school and give it to the food services director and principal to work on.

JB: If it's our surroundings that count when it comes to obesity, how do you explain the individual-level differences among people in the same places: the fact that some members of a household for example have vastly different weights.

BW: It's a good question. To understand that, we're going to have a Slim By Design registry. We want to know what healthy weight people, who have never had a weight fluctuation, know that the rest of us don't know. If we knew what they did differently we would have some idea of how we might want to change. So this registry invites people to come there and if they can qualify, we ask them about 100 different questions: describe your typical breakfast, what do you do when you're hungry in the afternoon. We ask them questions and the goal is to come up with a series of answers about what slim people do that makes them thin or able to avoid food and not have these food cravings most of us have.

JB: We know obesity is a disease that disproportionately affects lower income, less educated, and minority populations. How do you reach these consumers?

BW: If only 20 percent of us are getting empowered, those people are going to benefit natively. All of a sudden, fast food restaurants put healthy stuff at the top of menu boards, or have little table tins that advertise water or milk instead of soda. It's all the people who didn't even know they had a problem that will benefit by being in an environment that we've changed.