Share All sharing options for: This woman named Isis wants the world to call ISIS something else

The rise of the Islamic State of Iraq and Syria, typically known as ISIS, has been catastrophic for the millions of people under the group's rule, who now live under barbaric, Taliban-style religious extremism and, in many cases, face threats of genocide for their religion or ethnicity.

But there is another class of victims who don't want to be forgotten: people named Isis.

ISIS is a murderous jihadist group and a cancer seeping across the Middle East. Isis is an ancient Egyptian goddess whose name is shared by some non-Egyptians today. They are pronounced exactly the same, and that can be awkward for people who are named for the latter but sometimes confused with the former. 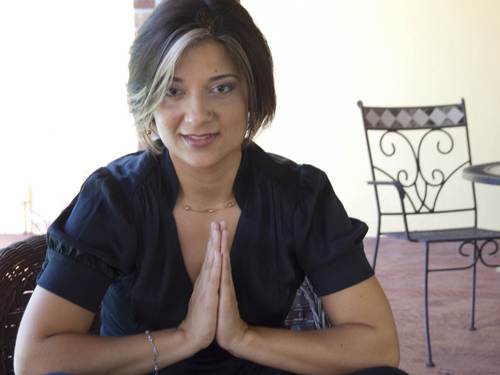 That's why Isis Martinez, an alternative medicine provider based in Miami, started a petition asking the media to call the Islamic State by the acronym ISIL rather than ISIS. The former acronym, while used by President Obama and considered acceptable by scholars and journalists for its technical merits, is far less common than the more understandable and recognizable acronym ISIS.

The title of her petition is "Thousands of Women are Named Isis, Please Petition the Media to Use the Accurate Acronym ISIL," and it lists as its target, somewhat ambitiously, "Every Media Outlet in the United States." Though Martinez has bombarded journalists and others on social media with her petition, it has only 53 signatures.

I will admit, on seeing Martinez's campaign, I was initially unmoved. The awkwardness of sharing one's name with ISIS seems to pale in comparison to the mayhem the group is causing in the Middle East. Complaining seemed silly, even insensitive. But when I emailed Martinez to ask her about this, I was surprised by her responses: this problem, while relatively minuscule, is realer than I'd imagined.

"The specific incident that drove me to finally do something occurred after an intake nurse in the emergency room asked how I pronounce my name," Martinez explained. "Her face showed such incredible sadness for me and she said she felt bad for me and proceeded to ask if I had a middle name I could go by instead." When Martinez said she preferred her first name, the nurse told her she was wrong and would address her by her middle name Teresa instead.

These encounters are becoming the norm, Martinez said, for her and for other American women named Isis. "I know she didn't mean any harm by it," she wrote, but "this happens throughout the day in one form or another."

"I have reached out to several women named Isis and the reactions have been of gratitude and solidarity. We are all dealing with the backlash of this one way or another," she said. "Most are feeling the same way I do except they didn't think there was anything they could do about it until now."

When I asked Martinez if she thought her petition would succeed in leading American media to start referring to the group as ISIL rather than ISIS, she answered, "I believe in the goodness of people and choose to think that the media as a whole is not aware of the effect they are having on our personal lives." Letting her frustration show for just a moment, she added, "It really can't be that difficult."

IMAGINE PEOPLE RECOILING IN DISGUST EVERY TIME YOU INTRODUCE YOURSELF

Unfortunately for Martinez and other Americans named Isis, it seems unlikely that she will succeed, and not just for want of awareness. Putting aside Martinez's valid concerns, the case for using ISIS is journalistically pretty strong.

Most publications refer to ISIS as "Islamic State in Iraq and Syria" because it is easiest to understand, and also most accurately described the group's de facto status: its rhetoric aside, it is focused exclusively in holding territory in those two countries. Some publications use "Islamic State in Iraq and al-Sham" because it is closest to the group's own stated name, which specifies the region of al-Sham, not Syria or the Levant. The case for ISIL is more technical: "Levant" is the closest English translation of al-Sham, and since we translate the original Arabic for Islamic State, we might as well translate al-Sham, however imperfectly.

Martinez's concerns are real, but ultimately the media's primary responsibilities are to accuracy and to its duty to educate and inform. Those responsibilities lean, however slightly, toward using ISIS, which is more commonly and readily understood, rather than ISIL.