The most important sentence in Obama's statement on Iraq

Share All sharing options for: The most important sentence in Obama's statement on Iraq

President Obama's full statement authorizing air strikes in Iraq is worth reading. But the most important sentence is this one:

We can act, carefully and responsibly, to prevent a potential act of genocide.

Two things are happening in that sentence: Obama is making the legal case for this war. At the same time, he's sharply limiting its scope.

Obama isn't a peacenik. In his famous 2002 speech opposing the Iraq War, he begins the speech by making clear he supports other wars:

Good afternoon. Let me begin by saying that although this has been billed as an anti-war rally, I stand before you as someone who is not opposed to war in all circumstances. The Civil War was one of the bloodiest in history, and yet it was only through the crucible of the sword, the sacrifice of multitudes, that we could begin to perfect this union, and drive the scourge of slavery from our soil. I don't oppose all wars.

My grandfather signed up for a war the day after Pearl Harbor was bombed, fought in Patton's army. He saw the dead and dying across the fields of Europe; he heard the stories of fellow troops who first entered Auschwitz and Treblinka. He fought in the name of a larger freedom, part of that arsenal of democracy that triumphed over evil, and he did not fight in vain. I don't oppose all wars.

He echoes that refrain in his explanation for why he opposes the war in Iraq:

I know that even a successful war against Iraq will require a U.S. occupation of undetermined length, at undetermined cost, with undetermined consequences. I know that an invasion of Iraq without a clear rationale and without strong international support will only fan the flames of the Middle East, and encourage the worst, rather than best, impulses of the Arab world, and strengthen the recruitment arm of al-Qaida. I am not opposed to all wars. I'm opposed to dumb wars.

Pay close attention to the nature of Obama's critique: the Iraq War, he says, will lead to an "occupation of undetermined length, at undetermined cost, with undetermined consequences." Obama doesn't oppose all wars. He opposes dumb wars — by which he means, at least in part, wars that aren't tightly limited in scope. 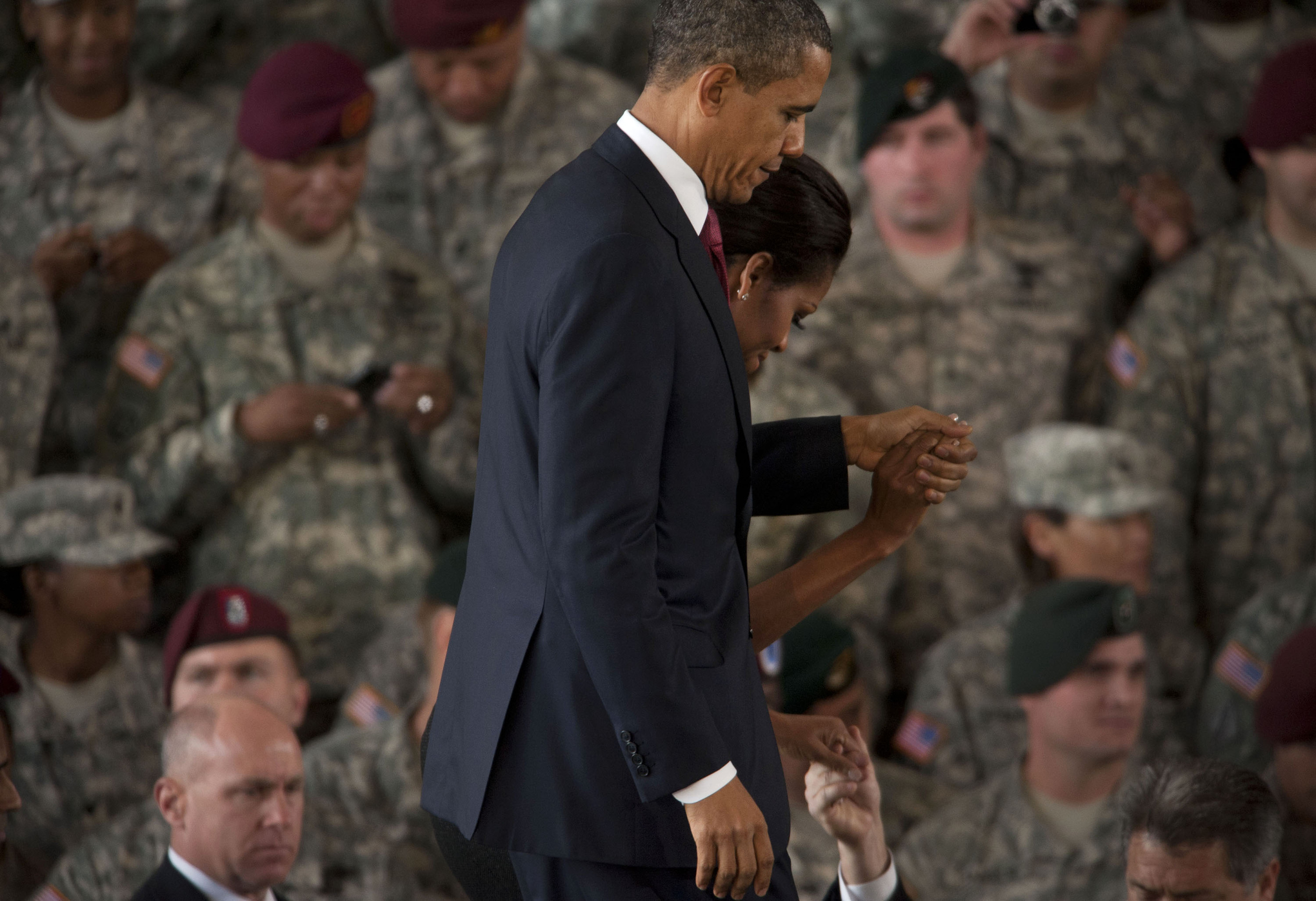 The wars Obama supports tend to have heavy humanitarian components and very limited aims. It's no accident that he brought Samantha Power, author of the seminal book on the world's repeated failures to stop genocide, into his administration, where she now serves as UN Ambassador.

This is the tension in Obama's foreign policy: he wants to stop terrible things from happening. But he doesn't want to make the open-ended commitments that are often necessary to stop them from happening. As one Russia expert told the New Yorker, "I think Obama is basically a realist — but he feels bad about it." The tension between these two threads of Obama's foreign policy explains the way his administration crafts its interventions: it defines the terrible thing America is stopping very narrowly in order to make sure America doesn't commit to open-ended war. But that means America lets a lot of terrible things that don't lend themselves to narrow missions continue.

The key military action Obama initiated as president was the 2011 strikes on Libya. Those strikes, in support of Libyan rebels during the country's civil war, contributed to the ouster of Moammar Gaddafi. But as Michael Crowley points out at Time, regime change wasn't Obama's stated aim: "remember that Obama justified acting not to end Gaddafi's regime, but to protect the people of Benghazi from impending slaughter — 'a massacre that would have reverberated across the region and stained the conscience of the world' — at the hands of Gaddafi forces who had encircled the city."

The massacre was stopped, at least then. But Obama has not been tempted to involve America further in the country's deterioration.

The operation Obama mulled in Syria was similarly limited in scope. He did not want to overturn the regime or end the civil war. He wanted to punish the use of one particular kind of weapon.

"It is in the national security interests of the United States to respond to the Assad regime's use of chemical weapons through a targeted military strike," he said. "The purpose of this strike would be to deter Assad from using chemical weapons, to degrade his regime's ability to use them, and to make clear to the world that we will not tolerate their use." It was a plan that seemed designed less to solve the problem in Syria — a civil war leading to the deaths of tens of thousands, mostly through conventional weapons — than to avoid creating new problems for America.

But he's stopping there. He's willing to use air strikes to protect Americans and Kurds in Erbil, the capital of Iraqi Kurdistan, and to stop a genocide against the Yazidi men and women trapped in Sinjar. But he's not willing to go further, at least not barring substantial political change in Baghdad. As my colleague Max Fisher writes, "If you are a member of ISIS, here is how you might hear Obama's message: Stay away from Iraqi Kurdistan, and the rest of northern Iraq is yours to keep." 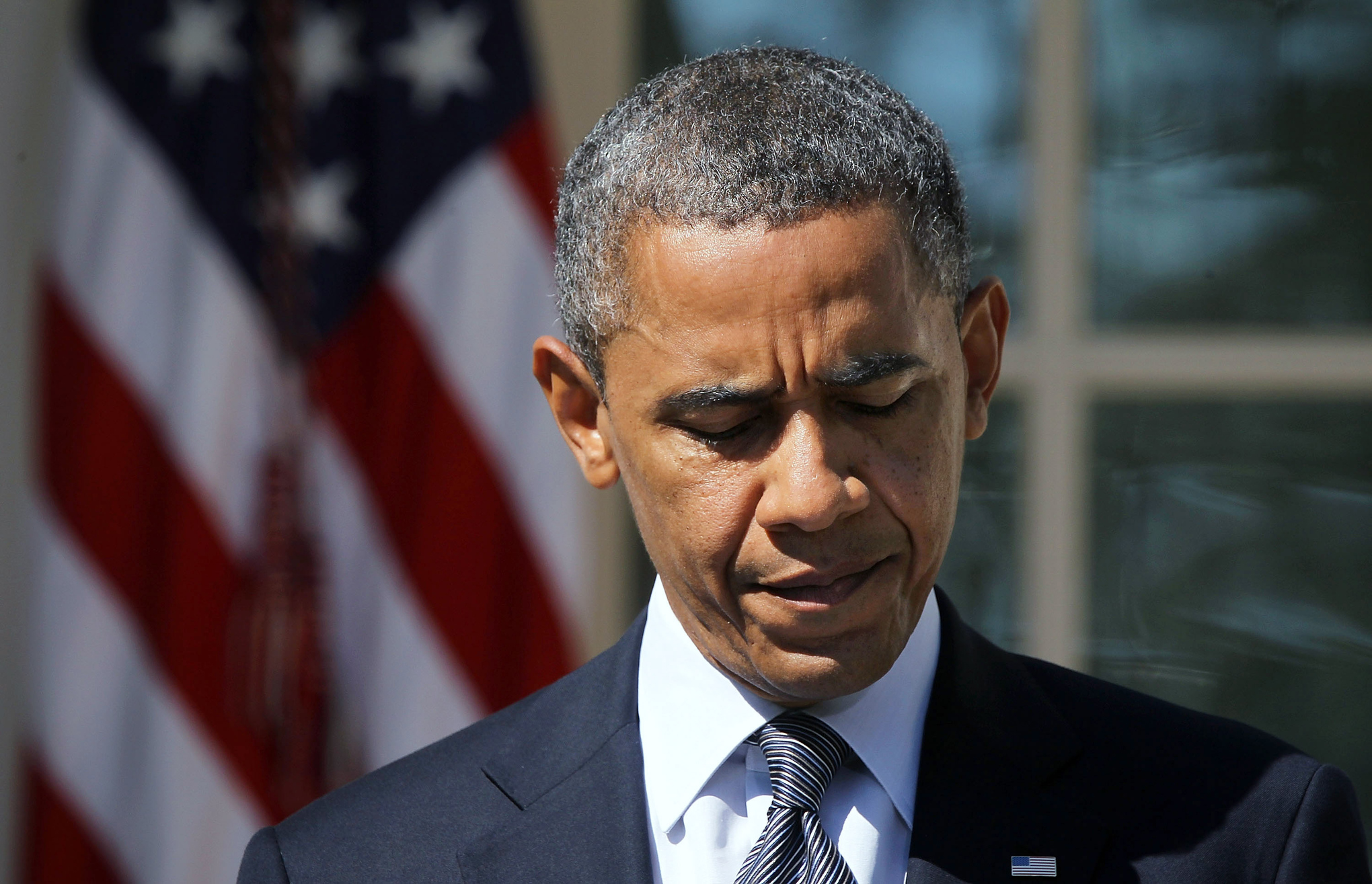 Washington's foreign policy community tends to focus on sins of American inaction. But Obama unusually alert to the consequences of action: he judges his foreign policy in part through counterfactuals; he is proud of the quagmires that he has not gotten America involved in. "The president's view is sometimes the biggest mistakes we make are not what we don't do, but what we do," Rhodes says.

You could hear it on Thursday. "As Commander-in-Chief, I will not allow the United States to be dragged into fighting another war in Iraq," Obama said. "And so even as we support Iraqis as they take the fight to these terrorists, American combat troops will not be returning to fight in Iraq, because there's no American military solution to the larger crisis in Iraq. The only lasting solution is reconciliation among Iraqi communities and stronger Iraqi security forces."

Obama doesn't oppose all wars. But to him, a smart war is a very, very limited war.