Abolishing corporate taxes is smart. It's replacing them that's hard

Share All sharing options for: Abolishing corporate taxes is smart. It's replacing them that's hard

The Week is turning into a bastion of anti-corporate income tax sentiment lately, with James Pethokoukis leading the charge for abolition and John Aziz seconding, with the proviso that its revenue should be replaced via a carbon tax. Pethokoukis, for his part, embraces a suggestion from AEI's Alan Viard and the Tax Policy Center's Eric Toder to replace the revenue by taxing capital gains and dividend income like wages.

I generally agree that corporate income taxes are a hamfisted policy approach, and that directly taxing the individuals to whom corporate income eventually flows would be more straightforward and cause fewer economic distortions. But both Aziz and Pethokoukis' suggestions run into two problems that any serious attempt to replace the tax has to deal with.

How do we pay for it? 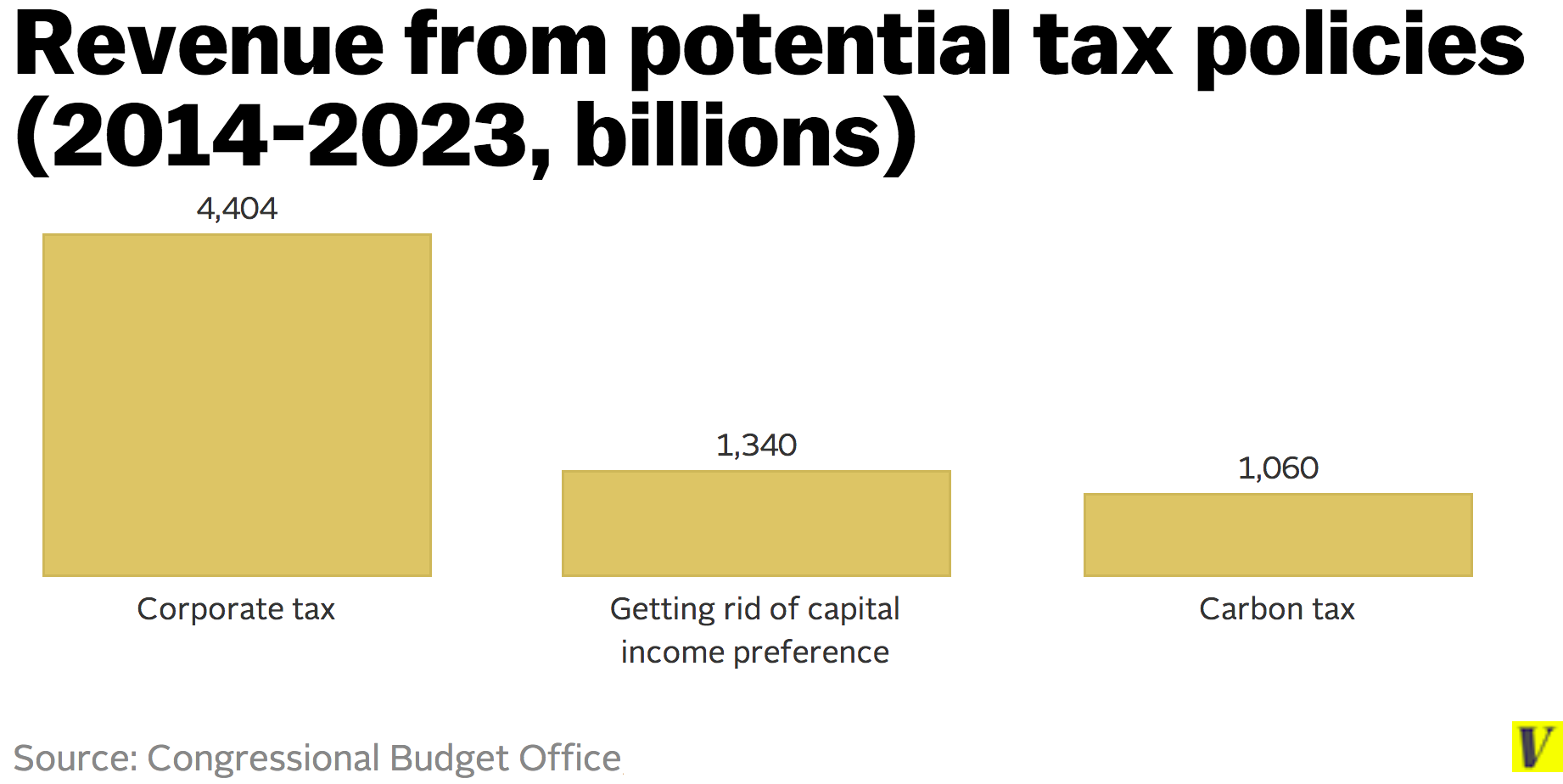 The first problem is that of revenue. Both authors acknowledge this, but neither eliminating the capital income preference or putting in a carbon tax of moderate scale would be anywhere near enough to make up the money lost by eliminating the corporate income tax. From 2014 to 2023, the corporate income tax is projected to produce about $4.4 trillion in revenue. The CBO estimates that a carbon tax would bring in $1.06 trillion, and eliminating the capital income preference would bring in $1.34 trillion over ten years. The two combined wouldn't even make up the revenue lost from getting rid of the corporate tax.

If you did both of those, added a bunch of taxes on financial transactions and institutions, increased personal income tax rates for high earners, limited the tax exclusion for employer-provided health care, turned the mortgage interest deduction into a credit, increased the gas, alcohol, and cigarette taxes, and raised the Social Security payroll tax cap to include wages up to the 90th percentile of earnings, you'd just about get there (I put the math in a spreadsheet here).

And those are all, I think, sound policies. But they also read like a liberal wonk's letter to Santa, and have large, influential constituencies opposing them. Aziz suggests implementing an even more aggressive carbon tax than the one modeled by the CBO, which I'd support, but which runs into the same problem. The range of revenue options that would garner support from both Congressional conservatives animated by a desire to get rid of the corporate income tax and liberals who want a tax code that discourages socially harmful behavior and is broadly progressive is very small indeed.

Who pays for it? 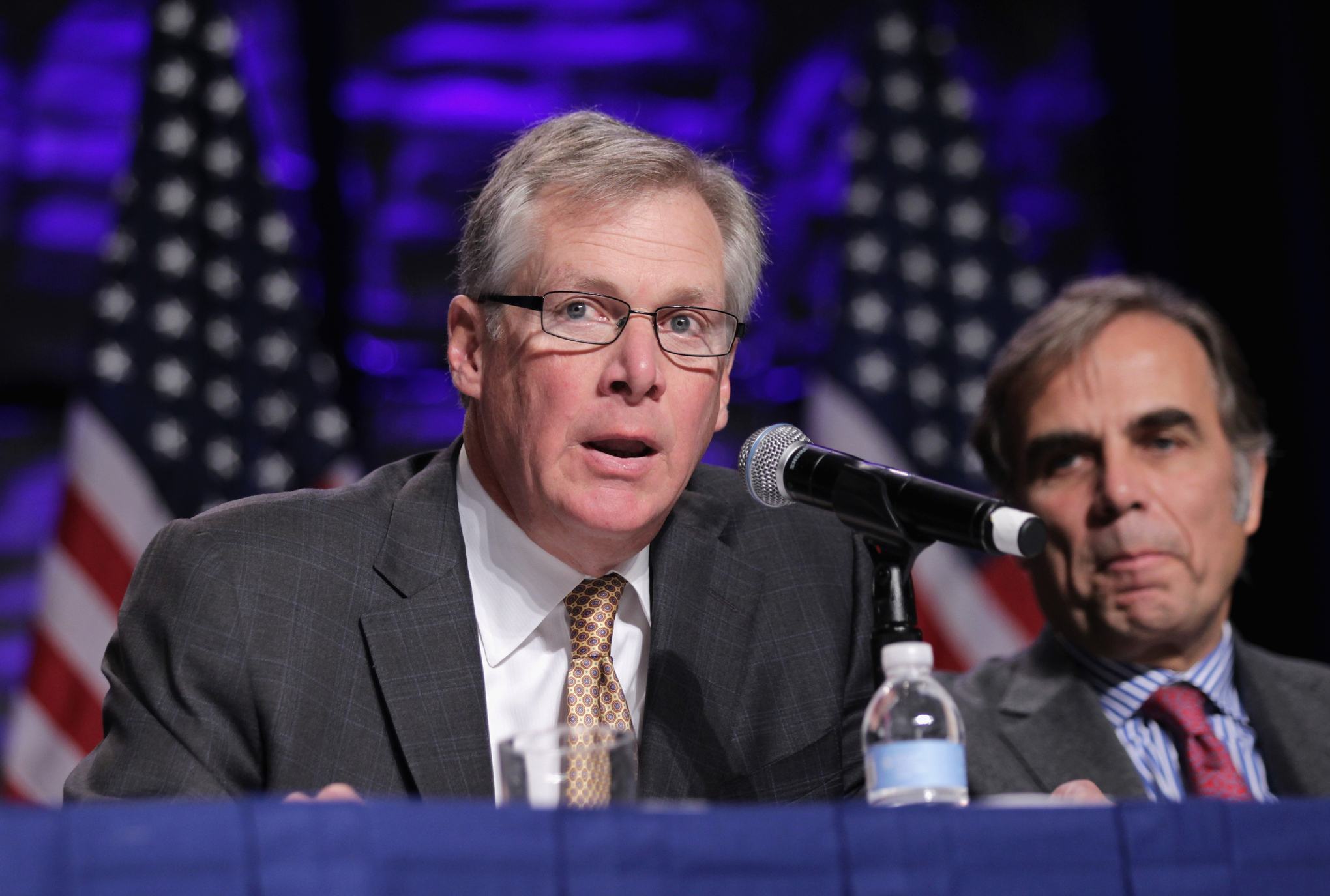 Would Caterpillar CEO Doug Oberhelman, who's been pushing for tax reform lately, accept higher taxes on himself in exchange for lower taxes on his company? (Alex Wong/Getty Images)

That brings us to the other big issue with replacing the corporate income tax: it's one of the more progressive taxes the federal government levies. Economists debate exactly how much of it is borne by workers at companies versus shareholders (a good recent contribution to the literature is here), but the Tax Policy Center concludes that about 20 percent is borne by labor and the rest by shareholders. That implies that a whopping 52.8 percent of the tax is ultimately paid by the top 1 percent of earners, and 33.4 percent by the top 0.1 percent alone. The bottom 60 percent of the income distribution pays a measly 11.1 percent of the tax. Only the estate tax is more progressive than that for very high earners; the individual income tax hits the top 20 percent harder than the corporate tax, but hits the top 1 and 0.1 percent less.

at the end of the day, companies are run by rich people who'd see their taxes go up a lot under this deal

Progressivity isn't the only thing to look for in designing a tax code, but it's important, and there's a decent argument to be made that very high rates on top earners help economic growth. And the replacement package outlined earlier doesn't really come close to matching the progressivity of the corporate tax as currently written; carbon, alcohol, gas, and cigarette taxes are all fantastic and should be implemented/increased, but they tend to be regressive in distributive impact.

I haven't seen any solid revenue estimates of this, but you could imagine a reform that taxed capital income like normal income and created a huge range of upper tax brackets — 40%! 50%! 70%! 90%! — for million-plus earners, with those raking in tens or hundreds of millions hitting the top rate, being similarly progressive and bringing in enough money.

The question, then, is who would go for that. I would, and my guess is that much of the liberal coalition would trade corporate taxes for really, really high taxes on individual rich people. But it poses an interesting dilemma for the current political players trying to curb corporate taxes. There's a large, well-organized movement among big corporations to cut their corporate taxes, which theoretically should support such a change. But at the end of the day those companies are run by rich people who'd see their individual taxes go up a lot under this trade. If they really do believe their arguments about the unique ills of corporate taxation, they should be able to get over that and support the trade. But something tells me they'd balk at it instead.