Share All sharing options for: Steven Soderbergh brings his directing talents to TV for the fascinating The Knick

There's a slight glow that surrounds all of the characters in The Knick, an ethereal light that's caused by turn-of-the-20th-century electricity but makes everyone look just a bit otherworldly. And it's that glow that animates the story the show wants to tell. Once, there were the dark shadows that swallow up other portions of the frame. Now, there is the light of modernity. Are those who push toward it angels or demons? How about a little bit of both?

The Knick arrives heaping with expectations. It's one of the first projects from Oscar-winning film director Steven Soderbergh (Traffic, the Ocean's Eleven series, and Magic Mike) since he retired from filmmaking and apparently decided to abscond for television. Most of the time, when a famous director signs on for a TV series, they direct the pilot, then return to their more lucrative big screen career. TV, after all, is a writer's medium, where the constant grind of production necessarily means those who churn out the scripts have the most say in the overall vision of the show. But The Knick is unquestionably a Soderbergh project, even if he is not credited as the show's creator. (That honor goes to Jack Amiel and Michael Begler, who wrote six of the series' first seven episodes.)

The Knick is a statement of newfound purpose

The show also marks the return of the British actor Clive Owen to the limelight, after a few years in the wilderness. And if all of that weren't enough, this is also the first brick in a new plan from Cinemax, the network that will air the show, to rebrand itself as a home for prestige TV that's just a little gutsier — literally ­— than the network's corporate sibling HBO will allow. The very good action shows Strike Back, Hunted, and Banshee represented a prelude to what comes now. The Knick isn't just a chance for Cinemax to work with Soderbergh and Owen; it's a statement of newfound purpose. 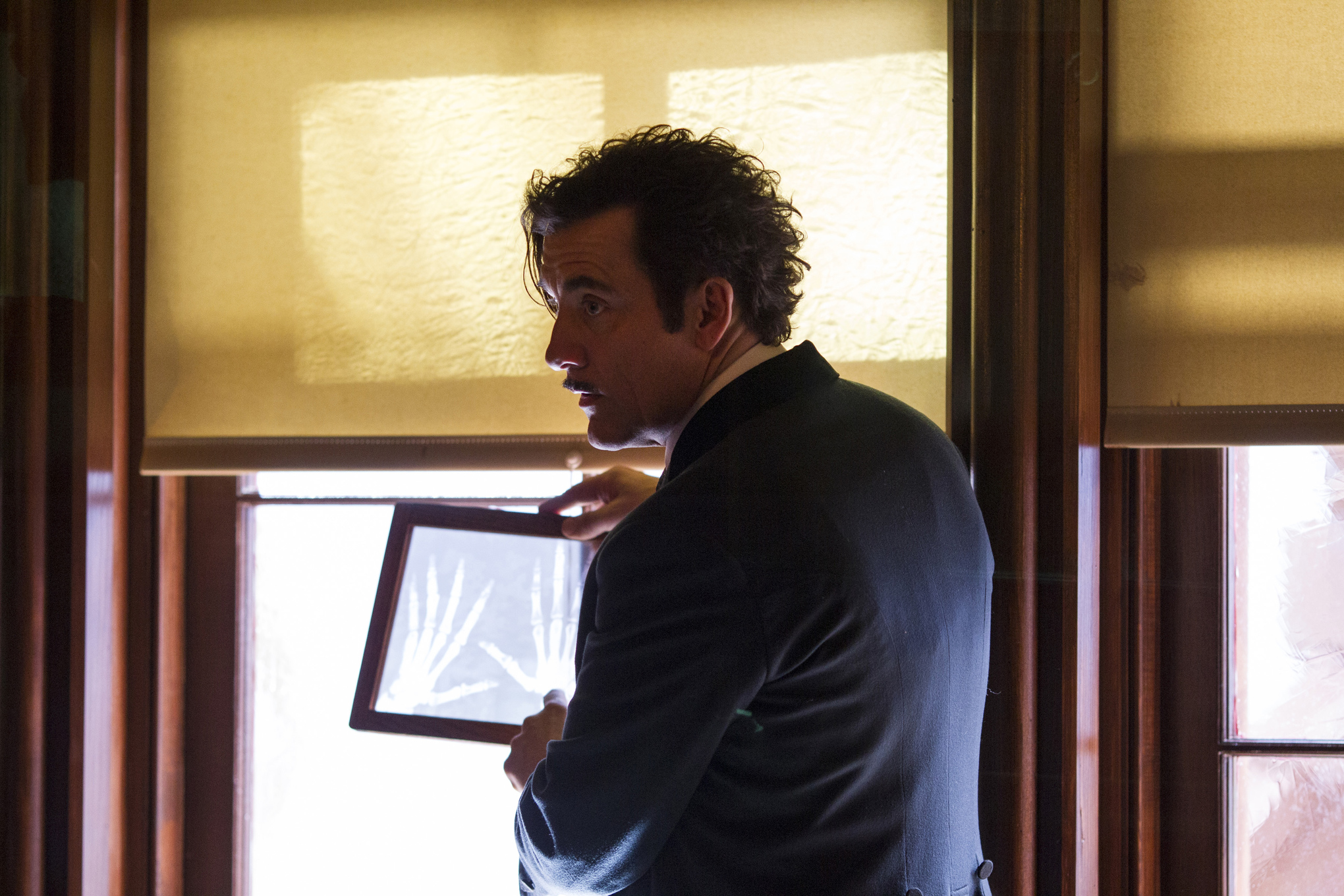 A history of medicine

Coming weighted down with all of those expectations, The Knick was bound to not match up to some of them, and in the tradition of cable dramas, the show takes a little while to get going. Though Owen is a revelation as main character John Thackery, he's also playing a character television has perhaps seen too many versions of over the years: the iconoclastic doctor who plays by his own rules. Especially in the early going, The Knick is more or less a typical medical drama, only with the expected pay cable elements of copious amounts of blood and flashes of naked bodies (usually thanks to medical procedures).

The series' title refers to the show's setting, the Knickerbocker Hospital, a perpetually underfunded institution trying to make do with what it can in the brave new world of medicine circa 1900. It's unlikely, for instance, to be able to afford the whiz-bang new invention of an X-ray machine. Within the first 10 minutes of the first episode, Dr. Thackery is appointed the head of surgery at the hospital, and he embarks on a quest to save as many lives as he can, while also keeping his own demons at bay.

The broad strokes of this will be familiar to TV fans. Would you believe he's got a problem with addiction? Or that he harbors racist sentiments toward his new deputy Dr. Algernon Edwards (André Holland), the first black doctor at a white hospital in New York? Or that he just cares too much? These are all notes TV has played many, many times before, particularly in this genre, but Owen is usually good enough to simply tear through them and get to the meat of his character's self-destructive streak.

A lot of patients die on the knick, probably more than are saved

And the series' familiarity is compensated for in other ways as well. For one thing, being set in 1900 ups the stakes considerably. A lot of patients die on The Knick, probably more than are saved, but the doctors treat this as an unavoidable status quo, as a world that exists now that they might better save other patients in some unknowable future. Some of the most exciting moments in these episodes stem from Dr. Thackery or Dr. Edwards chancing upon an idea or procedure that can be recognized as a very rudimentary version of techniques that are still with us today, and in this way, the show uses our knowledge of what's to come splendidly.

But this is also a series about communities and about power, and it's there that it truly comes alive. 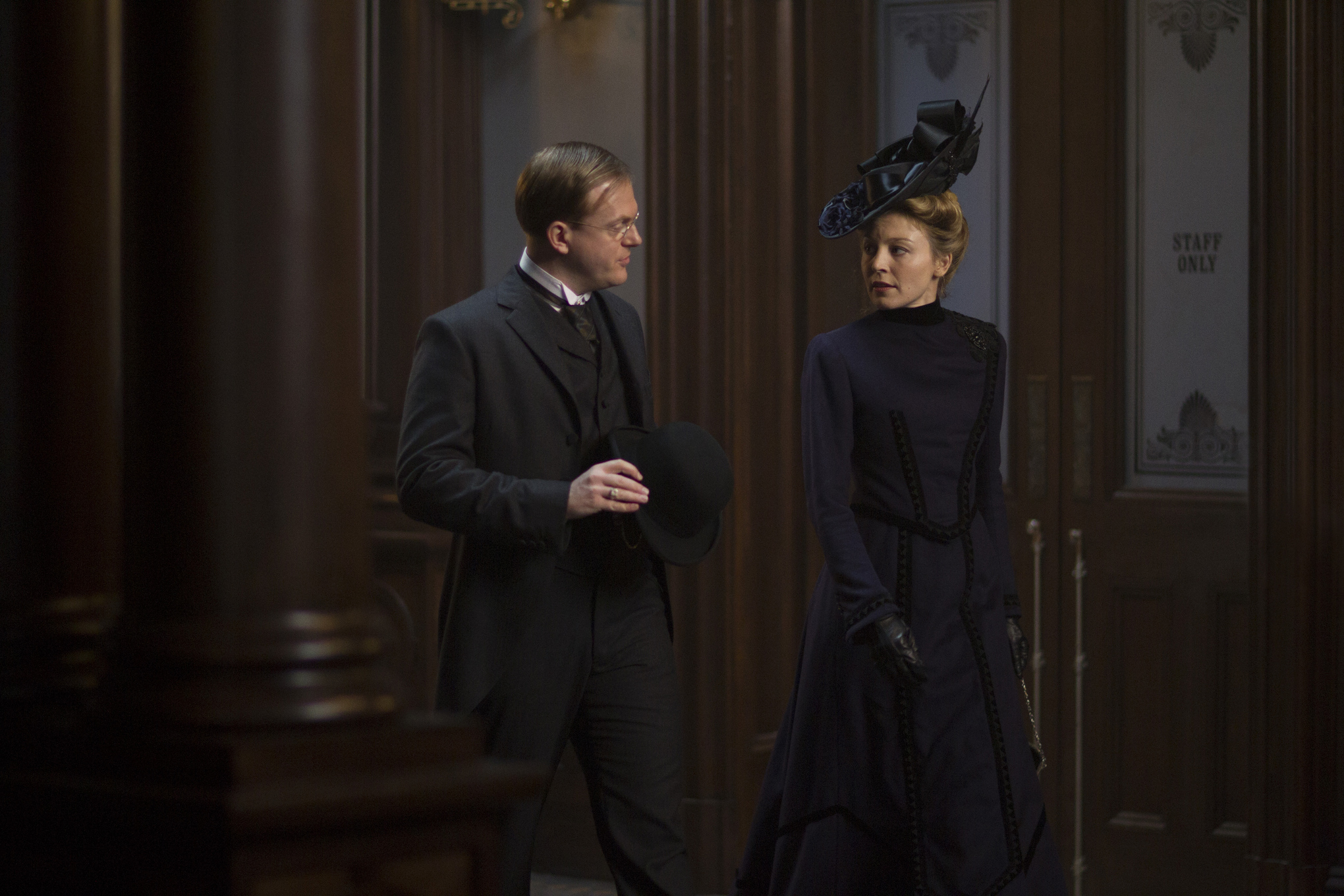 Who has a voice?

Most TV period pieces use a historical setting to interrogate the present, to show how far we have or haven't come from periods in a past that is not as distant as we'd like to think. The Knick does less of this than, say, Mad Men does, but it's very interested in a universal human trait: our love of finding someone who has less power than us and taking out our aggressions on them, in a cycle that keeps spiraling downward.

Every time The Knick sets up a seemingly simple power dynamic — rich white people having a pleasant breakfast, while Dr. Edwards waits in line for the bathroom at a boarding house — it complicates it by introducing some new element, as when a man in line with Dr. Edwards mocks him for his fancy shoes (purchased in Paris), and Dr. Edwards lashes out. The Knick is interested in race and gender, to be sure, but it's also interested in how class complicates all of these matters.

The closest thing the series has to a female lead, for instance, is Cornelia Robertson (Juliet Rylance), a woman who sits in a position of considerable power at the hospital, thanks to her father's substantial economic investment in it (an investment that allows it to stay where it is and not have to move to a richer neighborhood where it might be more economically successful). Cornelia is limited by her gender in many ways. When she marries, for instance, she'll be expected to step down from the hospital board and tend to whatever children come from the union. But her economic status also means that people will tolerate her in a position of power more easily than they will a woman with less money. Class is the one true divider on The Knick, and it tends to breed resentments.

But The Knick is also interested in how common cause can erase these sorts of divisions. As the first episodes of the first season move toward a climax, the many different people of the Knickerbocker, doctors and nurses and administrators alike, begin to work together to better help their patients. When the show gathers all of its main characters in the same place, on the same mission, in episode seven, it's thrilling, because the show suggests ably that its main character is not Dr. Thackery or Dr. Edwards but, rather, the institution in the title, which tosses these people together and makes them move almost as one organism with larger purpose. 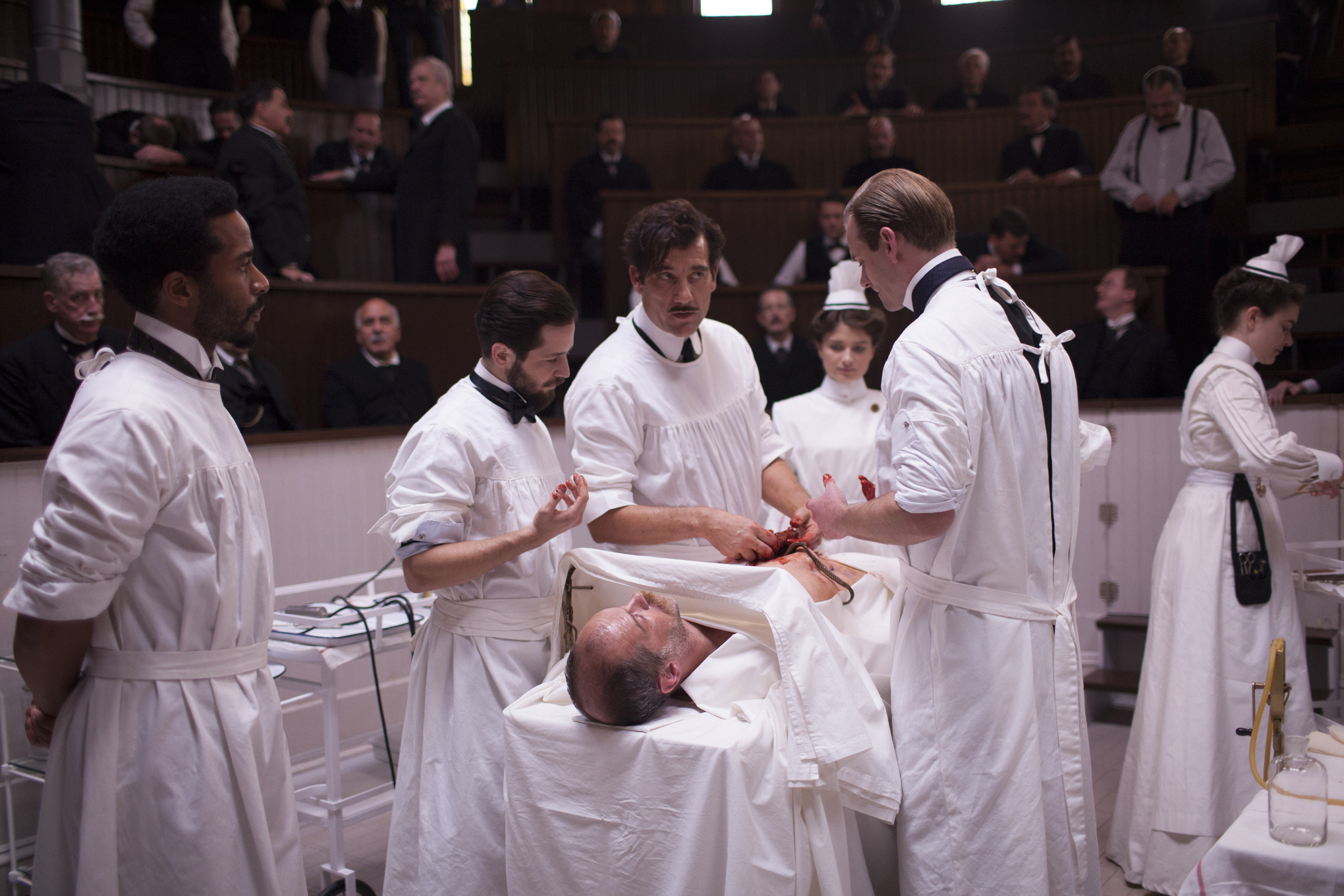 The doctors perform a complicated surgery.

All of this is where Soderbergh comes in, and why his presence in this show is so needed. Amiel and Begler's vision for the show is chock full of cable drama clichés and moments so needlessly grim they almost seem like self-parody. (This is especially true in the story of hospital financial director Herman Barrow, played by Jeremy Bobb.) But at all times in his direction, Soderbergh is interested in highlighting the tiny moments of connection that occur between characters. The very first scene involves a complicated surgical procedure that unfolds almost more like a dance sequence than anything else, and the effect is intentional. These characters accomplish more when working in tandem. When they splinter off, they defeat themselves.

Soderbergh's visual panache, then, allows the show to tip its hand before the characters are all on the same side. His camera might abandon one set of characters to follow another, or he might frame a sad, sparsely attended impromptu funeral so that the two who do show up dominate the frame, their care for a fellow human being becoming the only thing that matters. As with most Soderbergh projects, the director served as his own cinematographer (credited as Peter Andrews) and editor (as Mary Ann Bernard), and in the latter role, in particular, he uses jump cuts to great, jarring effect, including a cut to black in episode seven that's marvelously effective. (The technical tasks he doesn't perform are also beautifully rendered, particularly Cliff Martinez's anachronistic, foreboding electronic score.)

Most of all, though, Soderbergh returns to that strange glow. Electric light is a new innovation at the Knickerbocker when the series begins, and the electricity isn't always as reliable as the doctors might like. But it also allows them to operate in ways not thought possible, and to keep the lights on at night, should they need to help a patient then. So much of the frame is swallowed by darkness that it can make what light there is seem even more miraculous. Darkness and death may surround these characters, but it won't always. The light might be dim now, but it will grow brighter.