Share All sharing options for: This map shows where Iraq's crisis stands today

Why did Obama authorize airstrikes against the Islamic State, the Iraqi militant group more commonly known as ISIS, on Thursday? The main reason is that ISIS is making serious advances in northern Iraq, ones that threaten American interests and risk humanitarian catastrophe. Understanding that development requires a sense of what territory in Iraq ISIS controls. This map will help you do exactly that.

The map is put together by the Institute for the Study of War, a DC-based military affairs think tank. ISW closely tracks developments on the ground in Iraq and regularly publishes updates. Here's their most recent map, from August 7th. ISIS-controlled locations are black dots, Kurdish-controlled areas are in purple, contested ones are red, and other areas of concern are in yellow: 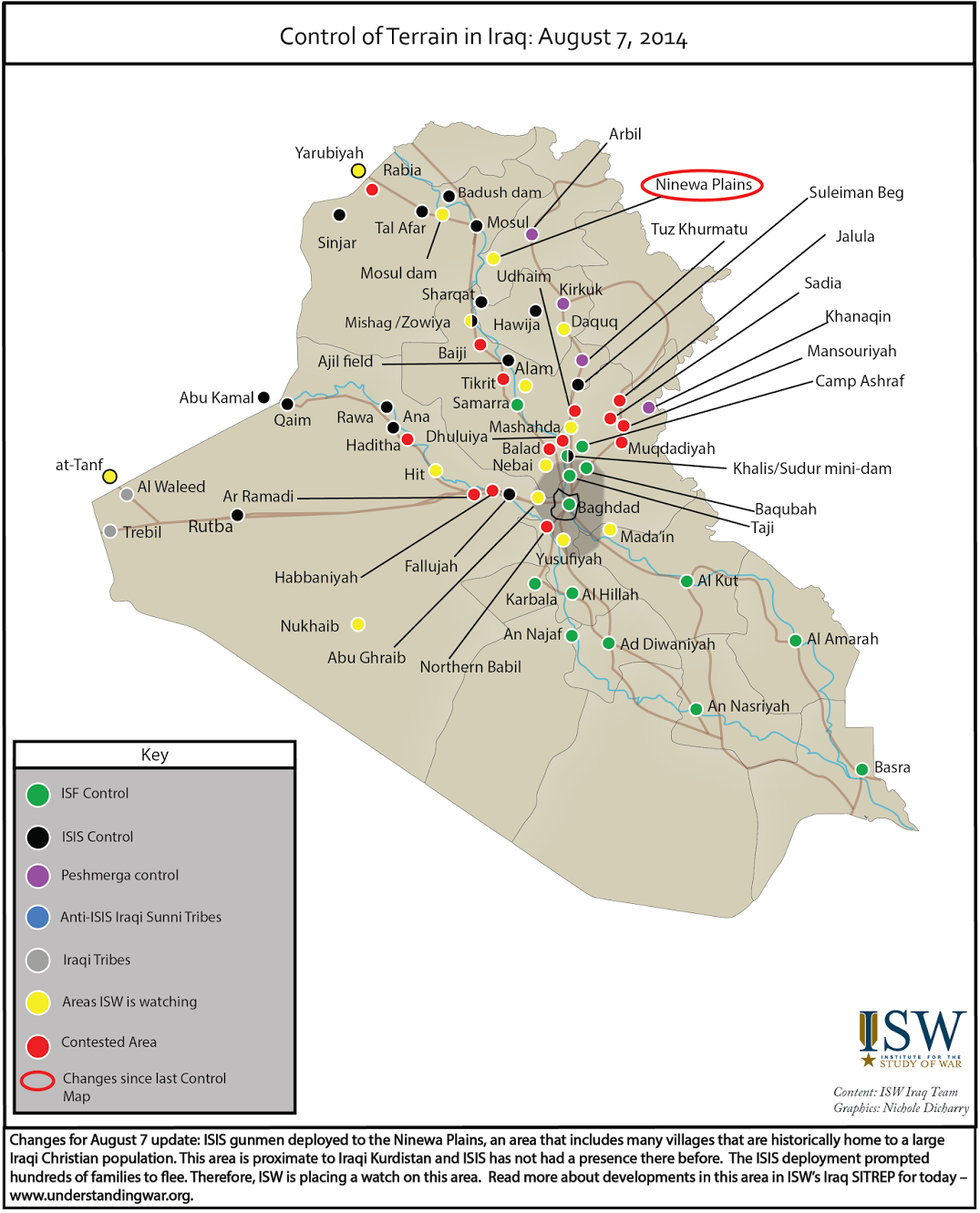 You'll notice a lot of black and purple dots near each other in the northeast. That's where ISIS controlled territory meets Kurdish controlled territory. ISIS began pushing into previously secure Kurdish territory only very recently. The US is especially worried about that because its Baghdad embassy staff had evacuated to the Kurdish capital, Erbil (marked Arbil here), and a number of American troops and diplomats are still there. That's a big part of why Obama said the US would bomb ISIS if they threatened Erbil.

In Iraq's far northwest you'll see Sinjar: that's where ISIS's advance sent at least ten thousands civilians from the Yazidi ethno-religious minority fleeing to nearby Mount Sinjar. The Yazidi are still there, unable to leave without being slaughtered by ISIS, but have no regular access to food or water, which is why the US is sending humanitarian airdrops to help them, and may also send air strikes against ISIS's siege.

The Iraqi Kurdish troops, known as the peshmerga, are well-trained and numerous, so ISIS' rapid advance in these areas in recent days is something of a surprise. Any threat that ISIS could move even further into Kurdish territory will be taken very seriously by the US.