The awful ethical questions at the center of the Ebola emergency

Share All sharing options for: The awful ethical questions at the center of the Ebola emergency

The Ebola outbreak in Africa has confronted ethicists and health officials with a terrible dilemma: when a limited amount of an experimental treatment exists, who should get access first?

Experts are debating whether to use untested drugs in the crisis

There are currently no Ebola treatments on the market. But in this deadliest Ebola outbreak in history, two Americans missionaries received an experimental Ebola drug called ZMapp after getting the disease in Liberia.

Now, infectious disease experts around the world are proclaiming that African Ebola victims should have the same right. In response, both the Obama administration and the World Health Organization set-up expert groups to weigh the moral debates around the more widespread use of untested drugs in what has now been deemed an international health crisis.

To make sense of the thorny problems at the heart of this outbreak's morality crisis, we called medical ethicists and doctors. Here are the four questions they say they are grappling with.

1) Is it okay to skip the drug testing pathway in a crisis?

In order to get a drug on the market, a rigorous (though admittedly flawed) process has been established. Generally it works like this: first drugs are tested in animals, then in a small group of humans for safety, and if all goes well, testing moves to a larger group of people for efficacy.

"That's the path ZMapp drug was on," said Dr. Ezekiel Emanuel, chair of the department of medical ethics and health policy at University of Pennsylvania's medical school. "Now because we have a crisis, we have short-circuited that path on the grounds of compassionate use."

There's an open debate about whether this is appropriate: While experimental treatments may offer potential help, they can also be risky because of the lack of testing.

The ethical argument for skipping the clinical trials process is that patients with a high chance of dying have few alternatives. So sometimes regulators grant them access to treatments outside of the well-worn clinical trials, before they are approved, because their only other alternative is probably death.

This is reportedly how Dr. Kent Brantly and Nancy Writebol, the American missionaries working in West Africa, got access to this very early-stage drug.

But there is another ethical justification for potentially doing harm to a patient in a moment of crisis, said Jonathan Moreno, a professor of medical ethics at the University of Pennsylvania. In addition to the "do no harm" adage, in emergencies, the physician and philosopher Hippocrates advised that medics should "be bold." So, he added: "There's huge lethality and we don't have much in the way of alternatives, so Hippocrates would have said, 'Let's get in there' (with experimental drugs)."

2) Why did Americans get an experimental drug while hundreds of Africans die of Ebola?

But it's not that easy. Giving the drug to the missionaries raised another ethical dilemma: Why did the Americans get to try ZMapp, while Africans did not?

Emanuel said this is a common problem that comes up when you skip the clinical trials and drug approvals processes. "Once you do compassionate use, you invariably create inequalities," he explained. "Some people get it, and other people don't get it, and largely though not exclusively the people who end up getting it are well connected and somehow much better off."

That was the case here: ZMapp is in limited supply in America, created using mostly Department of Defense funding, so Emanuel said he was not surprised that Americans with connections to government were granted access.

3) What if the Ebola drug doesn't work? 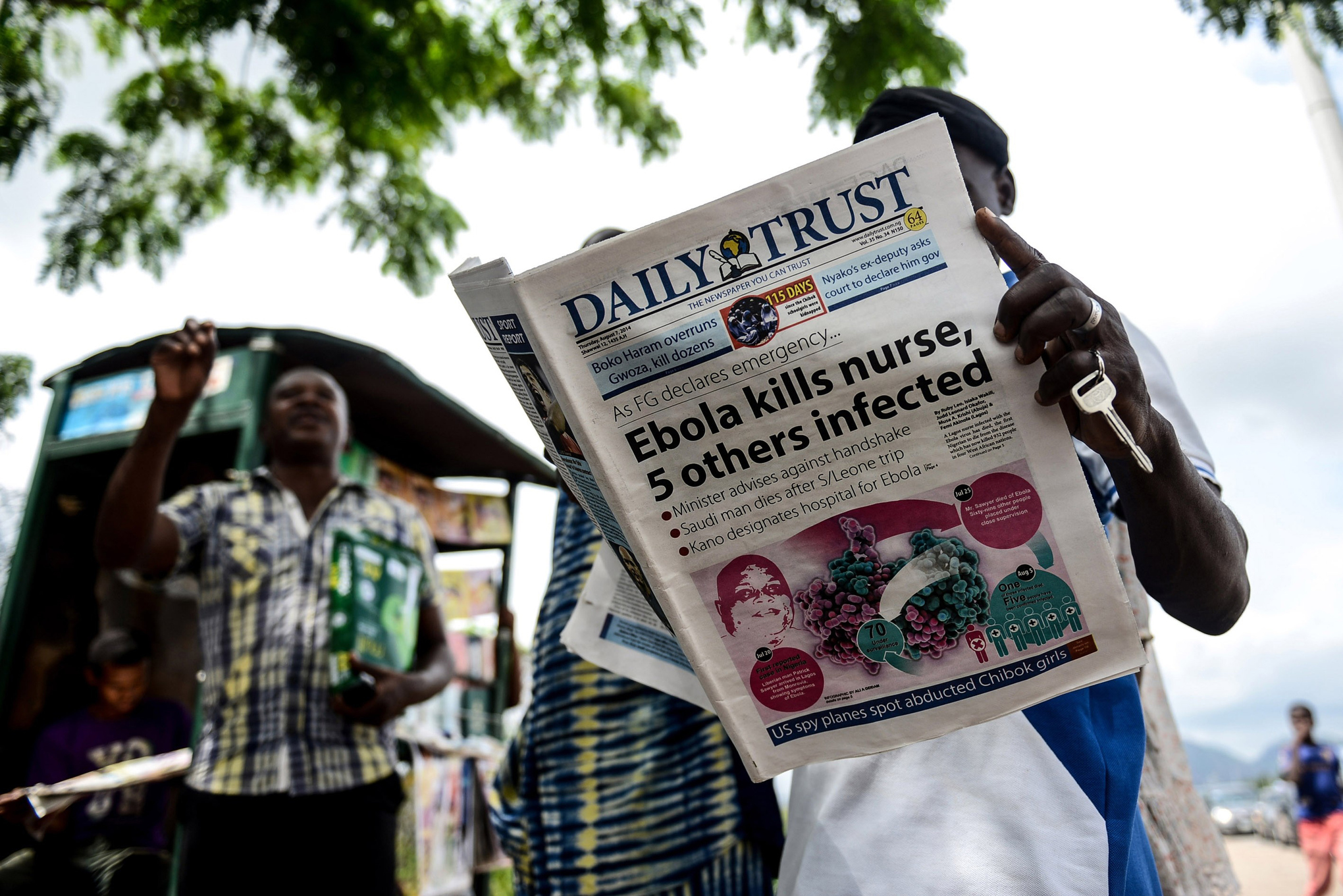 Some have seized on the moment to argue that more experimental Ebola drugs should be rolled out in Africa, which raises another ethical issue: On a societal level, the benefits of rushing ZMapp to patients may not outweigh the harms.

Right now, all the data we have related to ZMapp are promising monkey studies involving similar drugs (other "monoclonal antibodies") but the actual ZMapp experiments in non-human primates has never been published. What's more, no Ebola-fighting monoclonal antibody has ever been tested in humans. So we don't yet know that the drug works. If the Americans live, that may be no indication of ZMapp's efficacy. This strain of Ebola kills around 70 to 80 percent of those who get it, so survival may not necessarily be attributable to any medication.

We'll need more robust data than a single experiment involving two people to know whether the Ebola drug ZMapp is safe and effective.

We'll need more robust data than a single experiment involving two people to know whether ZMapp is safe and effective. More often than not, promising animal studies lead nowhere, Emanuel cautioned: In cancer therapeutics, for example, for every hundred drugs that work, only three to five end up being useful in humans.

"First, we need to know whether the drug works, and second what are its side effects," said Emanuel. "Is it an unalloyed good or are there serious side effects to consider?" With ZMapp, we just don't know.

If an organization like the WHO decided we should give Ebola-endemic areas access to the early-stage therapies that are out there, who will pay to do that?

Most of the money for Ebola drug development comes from the US government since the private sector does not generally invest in rare diseases that affect the poor. Calls to speed up the development and scaling of experimental therapies will require the private sector to change its ways and put more money into largely unprofitable business propositions. Or it'll require governments to step up their funding.

If governments or industry decide to increase funding to rush Ebola drugs to patients, it'll then come down to how much uncertainty regulators are able to take on. When regulators allowed unapproved drugs on to the market in previous health emergencies (such as the 2009 H1N1 epidemic) they had already been tested in people or they were given out on compassionate use grounds for individual patients.

"That's different than saying we're going to make the routine therapy for a disease like Ebola an unapproved drug," explained Dr. Dan Bausch, associate professor of tropical medicine at Tulane University. "There's no precedent for that."

With Ebola, African subjects would need to be enrolled in a natural experiment, he explained, since they're the ones who would be infected with Ebola. (You wouldn't design a trial that gives people a deadly disease for the sake of science.) Or regulators would need to agree on a protocol and eligibility criteria for offering the unproven Ebola drugs to certain infected patients, and then monitor their recovery.

This change would not happen overnight. "You'd have to engage local people in the process, get informed consent in their language and in their terms," said Moreno. "Once you've done that, this could take years. If you're a drug company or a government group, what's the commitment to that region or country? You can't just fly in and out."

"If I had Ebola, and I was asked, 'Do you want to take this drug?' I would. So we need to explore the best way to improve therapy for people."

Regulators will weigh these risks and benefits on a case-by-case basis for each of the Ebola drugs in the pipeline. In the background, they'll need to consider the fact that something could go wrong in giving untested drugs to patients. "There could be legal and political problems. You could be accused of testing and taking advantage of poor people."

But whoever invests in Ebola will have ethical reasons for doing so. "In the 21st century globalization," said Moreno, "there's good reason for us to be worried about an epidemic disease. There's a humanitarian as well as prudential reason for governments to get involved."

Dr. Bausch put it more simply: "If I had Ebola, and I was asked, 'Do you want to take this drug?' I would. So I think we need to explore the best way to improve therapy for people in West Africa and not be hypocritical."