Share All sharing options for: Starz’s new series Outlander provides a world worth falling in love with

The best word to describe Outlander, Starz's new TV series adaptation of the popular books by Diana Gabaldon, is "seductive." Because the books are famous for their intense central romance, "seductive" might suggest that this is a story about sex, first and foremost, but that would be wrong. No, Outlander is seductive in the way so many good TV shows are seductive: It lures you slowly but surely into its world, then leaves you there long after that week's hour has ended.

It's a nifty trick for a show whose main setting is Scotland in the 18th century. What's even more impressive is how Outlander simultaneously presents a romanticized version of the location, while still dealing with its grim realities (particularly for its female protagonist). Everything about this series is a tricky balancing act, and that necessarily means that it occasionally stumbles. But it works more often than not in the six episodes Starz sent to critics. And even when it's struggling, it's still beautiful to look at. 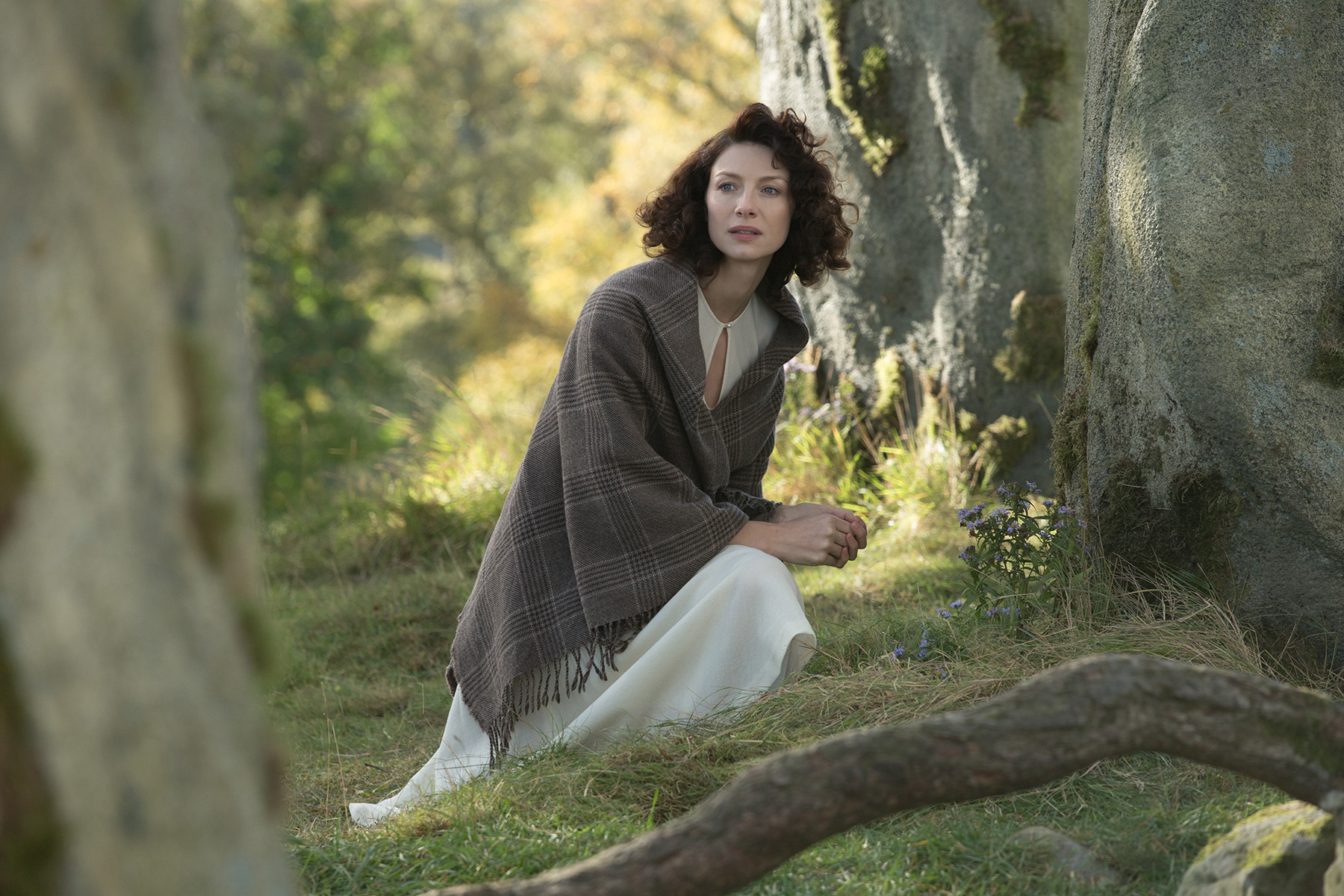 It's difficult to choose which genre to slot Outlander into. The series seems to be a romance, first and foremost, complete with a doomed love triangle, until one considers that the story also contains science-fiction and fantasy elements, thanks to time travel apparently sparked by some sort of magical stone circle. There's also ample amounts of action, as well as a fair amount of political intrigue. And that's to say nothing of a couple of episodes where the series has substantial elements of medical mystery solving, like a version of House set before the American Revolution.

It makes sense, then, that this weird mélange of different genres would arrive on television thanks to the stewardship of Ronald D. Moore, the man who turned a remake of Battlestar Galactica from a joke into one of the most vital shows of last decade. Moore says in Outlander's press notes that what he most responded to in Gabaldon's book was the lead character, Claire, a woman who's whisked back in time from 1945 but almost immediately figures out what's going on and how to navigate her tricky new environment. Claire is smart, resourceful, and often very witty. That makes her an ideal fit for Moore, who loves to write characters who fall into holes too big to climb out of, then decide to start digging.

The role of Claire essentially requires an actress who commands any scene she enters, and Outlander has found just the woman in Caitriona Balfe. Even when the show isn't quite sure which direction to take, Balfe is rock solid at its center. Claire's a tricky role to play, since she needs to be at once a deeply feminist character who challenges the unquestioned patriarchy of the new world she lands in (as well as the assumption that she will lead a life of quiet domesticity after being a World War II nurse in her original timeline), but also the sort of gentle, ultra-feminine caretaker who can play the submissive woman in the romantic bits. It could be a contradiction, but Balfe finds a way to prop the two pieces against each other. Her Claire can be stubborn and soft, occasionally at the same time.

On the page, Gabaldon smoothed over some of these elements with Claire's first-person narration. On TV, this has been replaced with frequent, occasionally cloying voice-overs. Gabaldon's writing is often lush and overtly poetic, which combines well with Moore's love of language, but it sometimes combines too well. Though Outlander leans less heavily on the voice-over as it goes along — it's almost entirely absent from the sixth episode — there are instances in nearly every hour where Claire is simply describing something the actors are already doing a great job of conveying on screen. It's another tricky balancing act, but at least it's one Outlander is figuring out quickly enough. 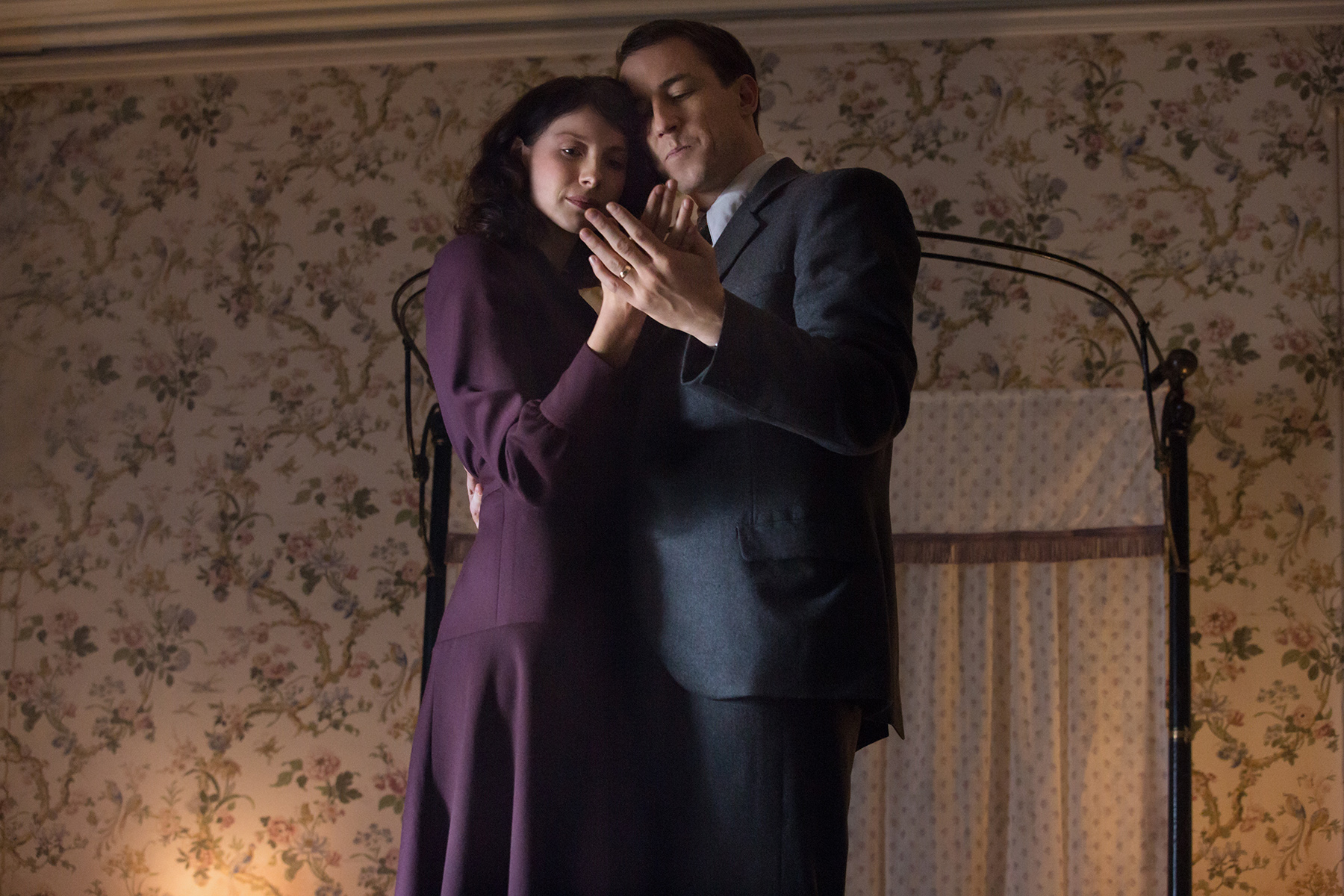 Claire (Caitriona Balfe) and Frank (Tobias Menzies) reconnect after being separated by the war.

Of course, few romances would be worth it without proper suitors, and Outlander offers Claire two intriguing options. As Frank, her husband in the ‘40s, Tobias Menzies (whom you may know best from playing Cat's younger brother Edmure on Game of Thrones) finds a way to imbue the old trope of the good but slightly boring husband with new life. In many stories, Claire and Frank would have a relationship marked by sexual malaise and lack of interest. But in Outlander, the sex is pretty much the only thing Frank and Claire have going for them, thanks to World War II splitting them apart for years and making them strangers to each other.

And right when Claire might finally be reconnecting with Frank, she's tossed into the past, into the arms of the young warrior Jamie (Sam Heughan), with whom she begins an unlikely flirtation.

Somewhat notably, the connection between Jamie and Claire is allowed to proceed without much comment from the voice-over, which makes it feel more immediate and fresh, particularly as Heughan and Balfe have such rock-solid chemistry.

Many stories of this type add some element of the male gaze to the proceedings, surrounding their protagonists with attractive, scantily clad (or even naked) women, a sort of value-add for the prospective audience. But though Outlander has its share of female nudity, it reserves the hushed awe of attraction for Heughan, whose muscular build receives as much attention as possible from the camera. Outlander may be one of the first dramas on a pay channel to be consciously filmed via something like "the female gaze." It is, in its own way, both welcome and quietly revolutionary.

Of course, there are plenty of potential male viewers who will read that and see it as a turnoff. (It's why Gabaldon has always resisted the marketing of the books as pure romance novels, insisting they have so much other stuff in them.) But any good romance worth its salt makes all of the characters at its center worth falling in love with by tossing them into fraught situations that reveal their true selves and push the chemistry to the hilt. All three of these characters — along with much of the supporting cast — are well-drawn, inviting at once audience identification and appreciation. And Claire is a protagonist more than worth investing in, someone who finds herself in an unfamiliar situation and takes charge of it as best she can. 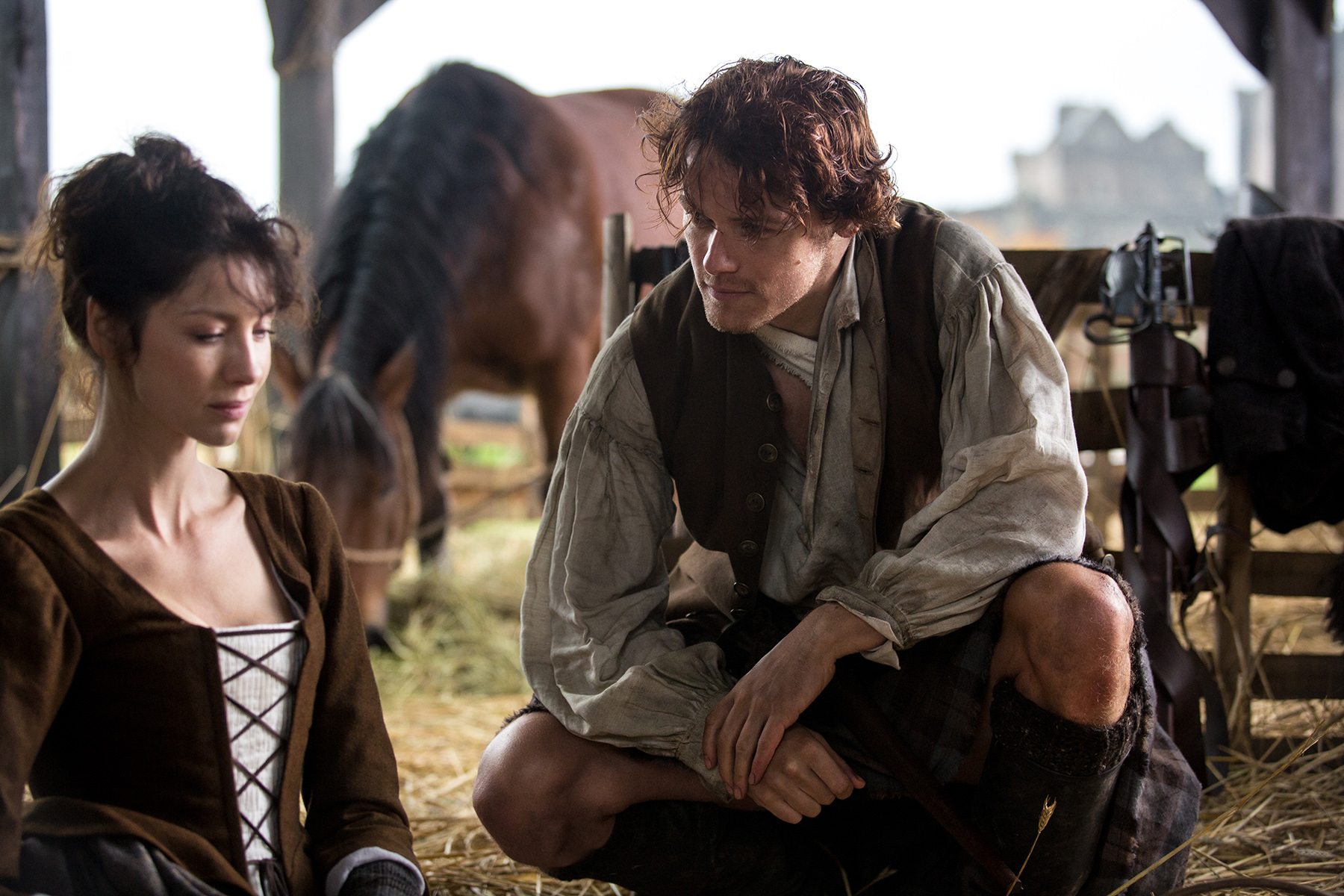 Or let's try another tack: Outlander is worth watching, even through its fits and starts, because it builds such a vital, lived-in world. The show moves deliberately, and it can occasionally feel like it has slowed the pace to glacial, just because it can. But Moore is taking Gabaldon's template and building a TV world worth getting lost in, and by the time the show reaches its terrific sixth episode, which centers on a long interrogation between Claire and one of Frank's ancestors (also played by Menzies), all of that world-building comes to the fore. This isn't just a series of characters worth falling in love with. It's a world worth falling in love with.

World-building has always been one of Moore's great strengths, and Gabaldon has given him a fascinating playground to work in. He's always been a writer who's as interested in, say, the mechanics of 1700s Scottish clan politics as he is the more conventional aspects of storytelling, and this serves him well. When Claire slowly, inevitably falls in love with Jamie, it's as much because she's falling for this land as she is the man. And while the depiction of the era might be slightly romanticized (it's hard to imagine everyone at the time looking quite this well-groomed), it still leaves room for the blood and toil of everyday life.

All of this is reflected in the direction of John Dahl and Brian Kelly throughout the first six episodes. The production is filmed on location in Scotland, and the technical departments (particularly Glenne Campbell and Terry Dresbach's costumes) have recreated the country in the 1700s, perpetually on the brink of war with the English, beautifully. Dahl and Kelly make great use of the standing sets, and of the flickering lighting of candles or torches, but they also capture the wild, untamed quality of the area that Claire comes to love almost in spite of herself.

But, always, the series returns viewers to Claire, and it makes her a character like few others on TV. Even the show's most obvious flaws — that voice-over! — make more sense when viewed through the prism of its attempts to invest viewers in Claire's point-of-view. For all of its technical wizardry and directorial beauty, Outlander ultimately succeeds because it makes Claire someone worth admiring, someone who views getting knocked down as a necessary lesson for what not to do — or who not to trust — the next time.