The Beyoncé Bump: What happened when the superstar wore this designer's necklace

Share All sharing options for: The Beyoncé Bump: What happened when the superstar wore this designer's necklace

Beyoncé is the queen bee of popular culture, and legions of fans follow her every move on social media. So what happens when she endorses lesser-known designers on one of her accounts? Recently, Beyoncé posted a photo of herself on Instagram wearing a distinctive honeycomb necklace. Rachel Pfeffer, a Washington, DC, jewelry designer, recognized her design immediately. I spoke with Pfeffer on the phone about what it's like to get an unexpected "Beyoncé bump" in publicity.

Kelsey McKinney: How did you find out that Beyonce was wearing your jewelry?

Rachel Pfeffer: An old customer of mine in the Netherlands who buys jewelry from me sometimes tagged me in a comment on Beyoncé's Instagram picture, so I got a notification. She said, "Hey Rachel, is this your necklace?" I quickly screenshotted it and [posted it to Instagram] myself. And then everyone went crazy. 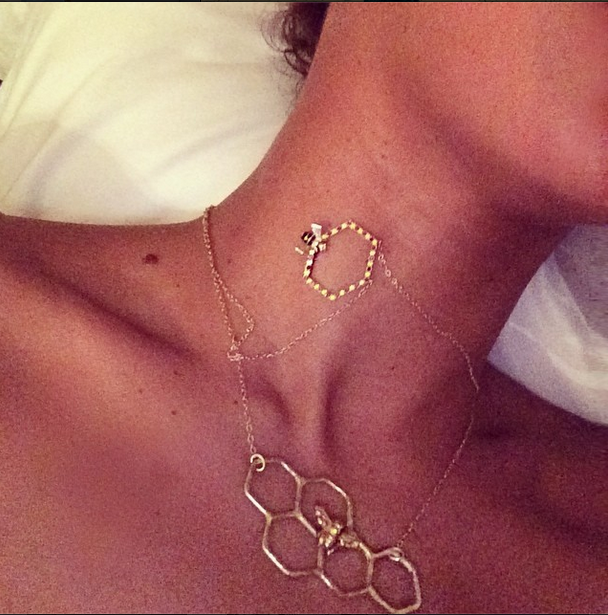 KM: What was it like seeing your necklace on a celebrity as famous as Beyoncé?

RP: It was awesome.  I had just gotten back from vacation, and I didn't have internet for like a week. The second I got back my computer broke, so I've been doing all of this without a computer. So I've been frantically trying to copy links on my cell phone and make sure that I had enough necklaces in stock. So I've just been freaking out on the couch by myself. I literally told strangers. I went to a bar, and I told a stranger because I was just so excited. It's been a frantic few days.

KM: Are you sure the piece is yours?

RP: I don't have confirmation that it's mine. It's definitely my design, and I've been making it for years and haven't seen any others exactly like it, so I'm pretty sure it's mine. I haven't been able to get into touch with Beyoncé's publicist for confirmation, but lots of people are tweeting [at me and reaching out on Instagram]. I have a whole new fan base I wouldn't normally have had.

KM: Have you seen an increase in sales since the post?

RP: I sold a bunch of honeycombs that I wouldn't have sold otherwise if people hadn't seen it. I'd say the amount of honeycombs I've sold since the Beyoncé Bump — as it shall now be known — is triple what I normally would see during this time in August. And I have been getting a loads of emails and inquiries about them as well, mostly from people in other countries! It's usually one of my more popular designs, so I normally have a few on hand. I sold non-honeycomb pieces as well. I had a little bump in sales across the board. 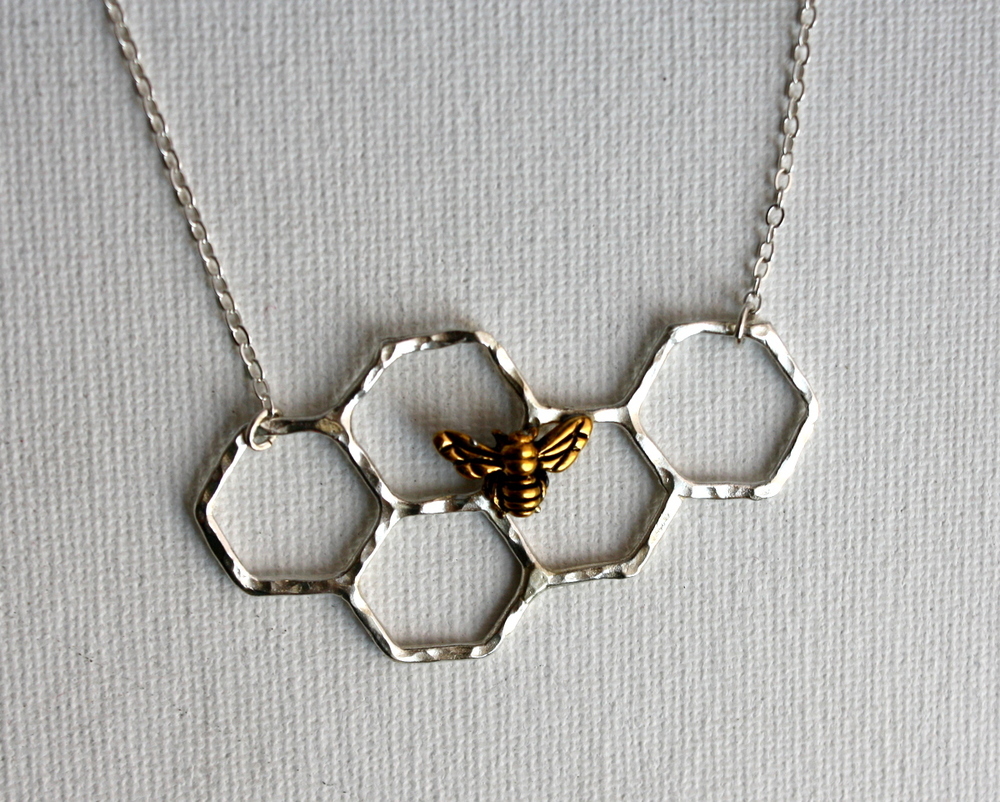 The necklace that Beyoncé wore($84.00). Made by Rachel Pfeffer

KM: What's the story behind the honeycomb necklace?

RP: I grew up in my family's jewelry store. My dad is a jeweler. His family's all jewelers. I went to college in Boston.  I majored in sculpture, but I didn't want to be a jeweler because that was what I grew up around it. After I graduated from college, I got a job at the Science Museum in Boston, which is where I came up with the idea for the honeycomb. There is a whole hive of honeycomb on top of the Science Museum. It was one of my very first designs, and as a result, during that year, I started learning to make jewelry. I've been focusing on jewelry ever since.

KM: If you could have any celebrity wear your jewelry, who would it be?

RP: My dream is for Mindy Kaling to wear it. She's my number one celebrity love. I watch her show and I look at her style and think, "You could wear my stuff." That's the goal. That's the dream.