Share All sharing options for: How Arkansas used Obamacare to cut its uninsured rate by 45 percent

Count this as a big Obamacare win for Arkansas: the state drove down its uninsured rate faster than any other, according to new Gallup data. Since the law's open enrollment period, the state's uninsured rate has fallen from 22.5 to 12.4 percent.

That works out to 45 percent fewer uninsured Arkansans. 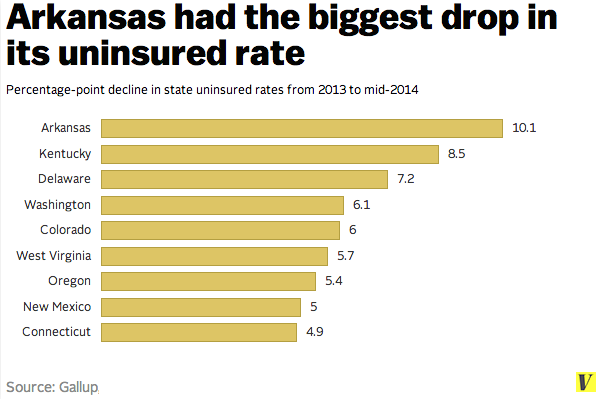 Arkansas' decline in the uninsured rate was more than double most states. And one of the important steps they took to get there would be absurdly easy for others to replicate.

Arkansas is among a small handful of states that used its food stamp program, people it knew had incomes below 133 percent of the federal poverty line (the cut-off for Obamacare's Medicaid expansion, which is about $15,500 for an individual). The idea there was Arkansas already had the data on how much its food stamp beneficiaries earned; it could use that information to target its outreach.

A letter went out to just over 132,000 Arkansans that looked like this — and said that, if the individual wanted to be enrolled in Medicaid, all they needed to do was return an accompanying form. 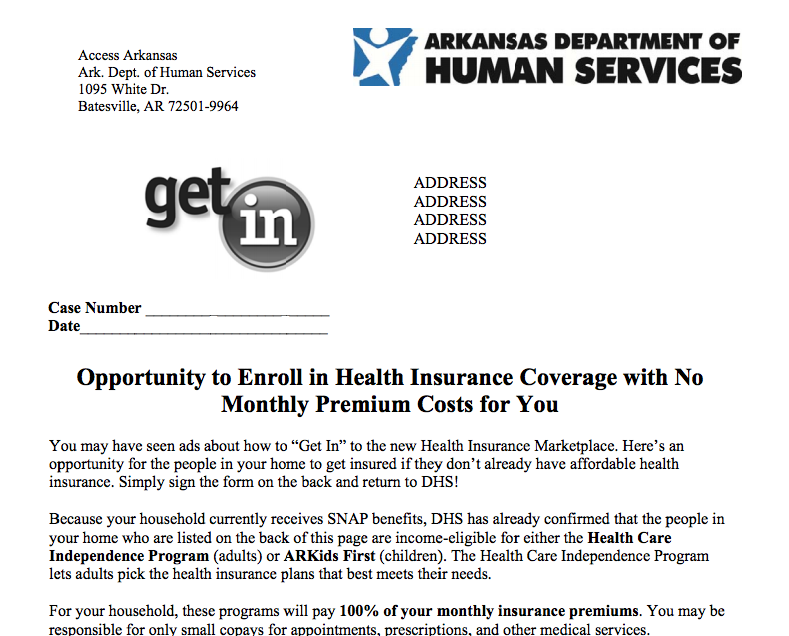 Just over 56,000 Arkansans — 43 percent of the people who received this letter — sent it back. And just like that, they were signed up for Medicaid. This accounts for more than one-third of the 155,567 new Medicaid beneficiaries that Arkansas signed up for coverage this year.

Any state has the option to use its food stamp data this way, so long as they get approval from the federal government. Only four states — Arkansas, West Virginia, Oregon and Illinois — used this approach in 2014, and all but Illinois were among the ten best states at cutting their uninsured rates. The Obama administration has since approved similar programs in California and Illinois. If even more states got on board, they might also see declines in their uninsured rates as steep as Arkansas.