AOL's only profitable because 2 million forgot to cancel their subscriptions

Share All sharing options for: AOL's only profitable because 2 million forgot to cancel their subscriptions

AOL — publishers of the Huffington Post, Engadget, TechCrunch, and others — announced its second quarter earnings this week, and the news was good. The company made a bunch of money! But the way they made it was kind of weird.

Notwithstanding the company's emphasis over the past decade or so on building content brands and selling advertisements, the actual business continues to be selling subscriptions to about 2.3 million suckers paying $20 a month for God-knows-what. This has been noted in a variety of news outlets, but few people are paying attention to the fact the subscription business accounts for over 100% of the company's profits.

AOL likes to report a non-standard accounting measure it calls Adjusted OIBDA, which basically excludes a few costs they regard as not reflecting the ongoing structure of the business. Here's how it looks: 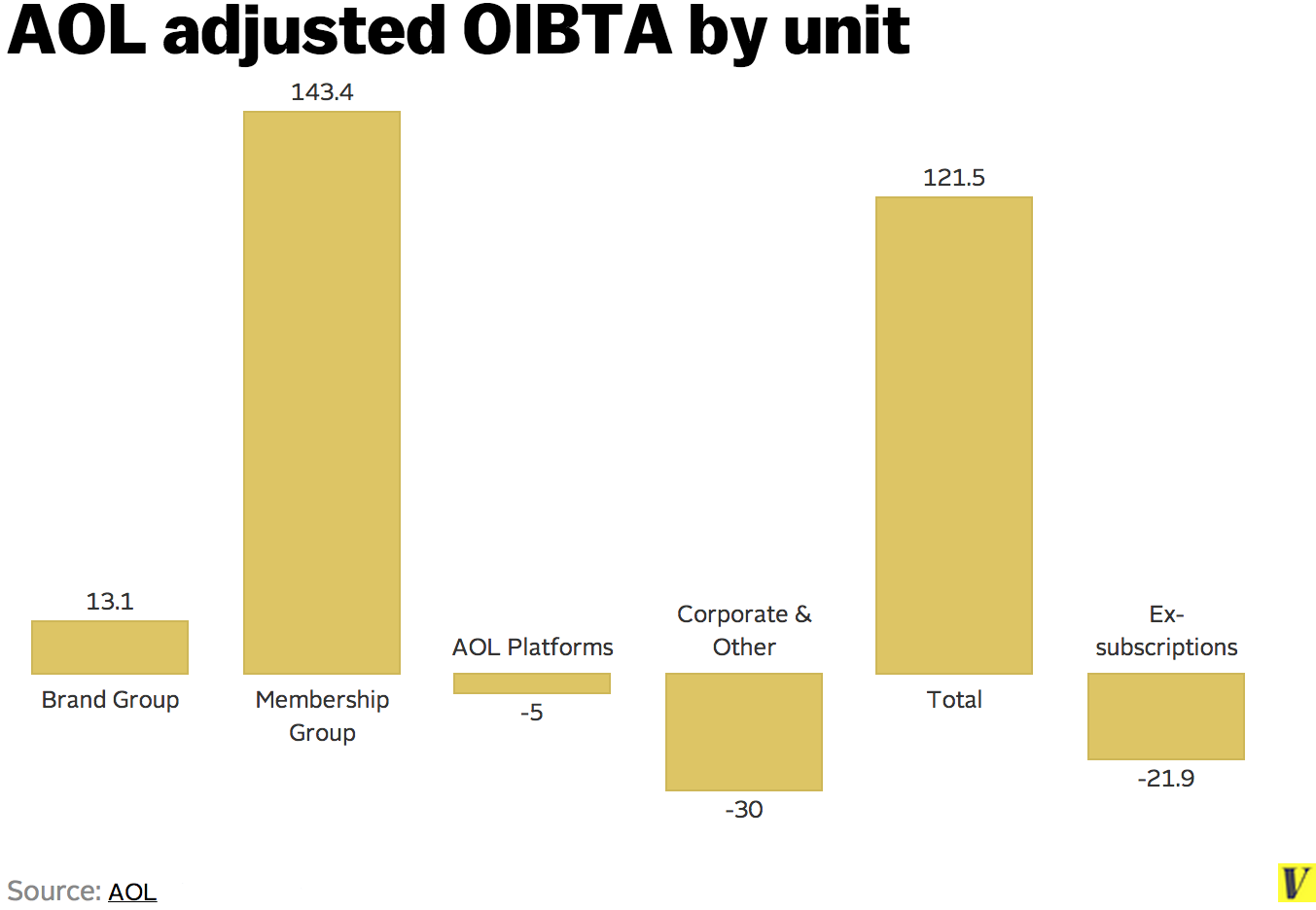 By separating out $30 million worth of losses and attributing them to "Corporate & Other" functions, they are able to create the appearance here of a slightly profitable Brand Group alongside their mega-profitable Membership Group. But the reality is that selling subscriptions to people who forget to check their credit card bills isn't most of AOL's profits, it's more than all of their profits. If everyone canceled their AOL subscriptions, the company would start bleeding cash.

Of course maybe you'd like to become an AOL subscriber? If so, check out their totally unappealing offers here.