5 facts about Russia's new sanctions on the west

Share All sharing options for: 5 facts about Russia's new sanctions on the west

The Russian government announced Wednesday that it's prepared to retaliate against the countries who've sanctioned it for misbehavior in Ukraine. The first step — a ban on Russian imports of most agricultural products from sanctioning countries. That means the United States, the European Union, Canada, Australia, and Norway (which isn't in the EU) will no longer be able to sell fruit, vegetables, cheese, or meat to Russia. Russia is the world's number five importer of food after the EU, US, China, and Japan and the Russian government concedes that this will raise prices for Russian consumers so it's a meaningful escalation of the standoff.

But how meaningful? And for who? Here are five facts that help illustrate what this step does and doesn't mean.

1) This is a bigger deal for Europe than the USA

Whatever else follows from this tit-for-tat, it's another big success of the Obama administration's policy of ensuring that Europe bears the bulk of the costs of the west's Russia policy. Polina Devitt and Dmitry Zhdannikov of Reuters point out that "Russia is a major buyer of European fruit and vegetables but ranks 23rd among buyers of food from the United States, accounting for less than 1 percent of America's agricultural exports."

2) Putin is afraid to use the gas weapon

Europe is famously dependent on natural gas imports from Russia. A Russian government that really wanted to make the EU pay, would turn off the gas provoking an immediate energy crisis. But Russia is also dependent on gas exports to Europe to earn its foreign currency. If it halted sales, the value of the ruble would collapse and the entire Russian economy might unravel. Aggressive as Putin is, he's not willing to take that chance for the sake of Ukraine — which is why we're talking about fruit and poultry instead.

3) These sanctions will hurt more Russians than Europeans 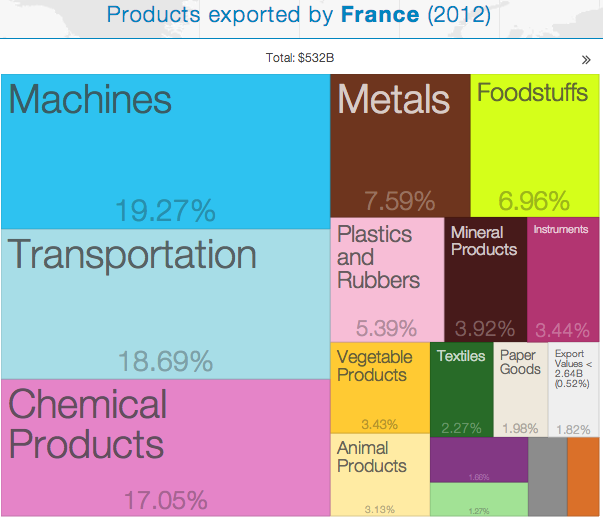 Exports of agricultural products to Russia simply aren't that big a deal overall for the European economy. European countries are advanced economies where most people work in the local services sector and most imports are of complicated manufactured goods. Even in a relatively farm-y country like France, fewer than 15 percent of total exports meet a broad definition of agricultural.

By contrast, everyone in Russia eats food. If these sanctions have a meaningful impact, that impact will be felt by every single Russian family — and especially by poorer families who tend to spend a larger share of their budget on food.

4) The sanctions could be politically potent

Even though everyone eats food and only a handful of people make money producing food, food politics in both the United States and Europe tends to reflect the priorities of narrow groups of well-organized farm interests. Agricultural producers have often been able to get their way in terms of domestic subsidies and international trade policy. So by hitting a politically influential group, Putin's sanctions could be savvy in terms of undermining western resolve.

5) The sanctions also might not do very much at all

Because agricultural commodities are traded globally, it's an open question how much of a difference bilateral sanctions will make at all. The pro-Kremlin news source RT reports that the Russian government will "hold consultations with representatives from Ecuador, Brazil, Chile, and Argentina on expanding food imports from those countries" this week.

If Russia succeeds in replacing European agricultural goods with Latin American agricultural goods, then Europe could simply sell additional agricultural goods to North America and China to make up for products that have been diverted to Russia. Of course, shipping food around the world in a geographically inconvenient way would modestly raise prices for everyone. But it wouldn't exactly revolutionize the geopolitical situation.