Women pay an "invisible tax" at the drugstore, and France is investigating it

Share All sharing options for: Women pay an "invisible tax" at the drugstore, and France is investigating it

Recently when I was at the CVS down the street from the Vox office, I saw that Speed Stick costs $3.59, or $1.20 per ounce. A Lady Speed Stick goes for $3.79, but is also more lady-size (a.k.a. smaller) than the men's regular version, going for $1.65 per ounce. And it's not that the women's version is stronger, either ... in fact, the men's version has more of the active ingredient than the women's.

As it turns out, this pricing difference is not just a problem in the US. In France, the Ministry of Finance recently announced it would investigate the practice of pricing women's products higher than men's. The announcement comes after women's right group Georgette Sand started drawing attention to the phenomenon by photographing different instances of it, the Washington Post reports. Now, more than 44,000 people have signed a petition decrying what it calls the "invisible tax" women pay at retailer Monoprix. That petition is credited with spurring the ministry into action.

In ways large and small, women often spend more for basic grooming products and services. And the impacts go far beyond spending a little more at the drugstore.

Where the costs are higher

It's not just about women buying makeup; women often pay more for similar products or services than men do.

In the discussion about gender-based pricing, a few sources pop up regularly. In one often-cited 2011 study, researchers at the University of Central Florida found that women pay significantly more for haircuts, dry cleaning, and deodorant than men do. In 2010, Consumer Reports found an array of products, like razors and body spray, that cost more for ladies than men. When the state of California in 1996 outlawed gender pricing, it found that women spent around $1,351 per year more than men due to gender-based pricing at places like dry cleaners and hair salons.

In addition, in August, Bustle went hunting and found several instances in which women are paying way more than men for similar products (though the article gives no information on cost per ounce or unit).

it's not just money; women spend nearly 50 percent more time on grooming than men do

It's not true across the board, of course — the cheap pink women's razors are still cheap, and there are some fantastically expensive men's razors out there. That 2011 University of Central Florida study found higher prices on women's razors and body spray than men's, but those results weren't statistically significant. And there are some companies that maintain similar prices for similar women's and men's products.

But you don't need a scientific study to know there's a difference between men's and women's spending on looking presentable. It's common for dry cleaners to charge more for women's shirts than men's shirts, and for hair salons to charge more for women's cuts (of any length) than men's cuts. In addition, women are the primary consumers of all sorts of products men don't often concern themselves with, like makeup. 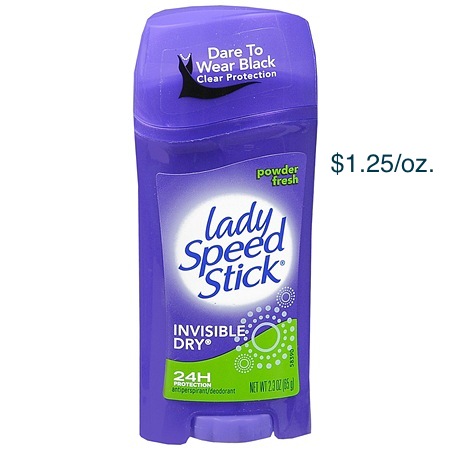 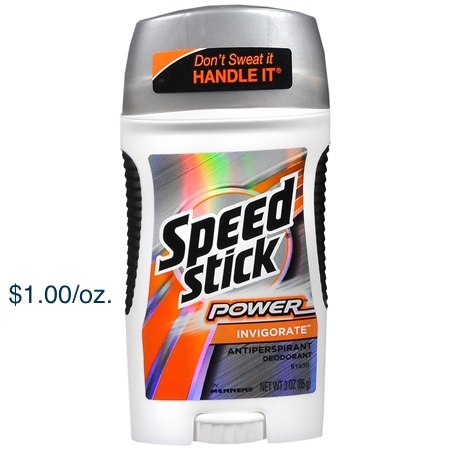 There are a few reasons women are paying more for certain goods and services. Not really knowing or thinking about this pricing gap is certainly part of it — as a woman, it's easy to pick the Powder-Fresh deodorant and never give the stick of Cool Rush a second thought.

"It's absolutely there. The problem is that we're kind of lulled into not doing anything about it," says Emily Spensieri, president of Female Engineered Marketing, a Toronto-based firm that has represented Schick and Sears, among other companies.

She adds that people like gendered products, and with women it plays highly in marketers' favor.

"That whole 'it's made for a woman' thing makes it feel more special because it's made for me," she says. "And that's where the real opportunity is."

She adds that women develop "relationships" with brands and are more brand-loyal than men. If that's true, it could explain why women might pay more for a razor that's priced too high.

And in some cases, there are legitimate differences between men's and women's clothing. According to Kebba Gaye, a managing partner at the Press Dry Cleaning and Laundry in Washington, DC, high-priced ladies' dry cleaning has to do with actual differences in the clothing. Men's dress shirts tend to be standard in shape and material — often cotton, with two long sleeves, one button-up front, maybe a pocket or two — and one machine can press all of them.

men's dress shirts tend to all be similar in shape and material. women's shirts come in a vaster array.

Women's shirts, on the other hand, are far more varied — sleeveless, rayon, cap-sleeved, buttoned, silk, pullover — and can't all be handled the same.

"The reason a woman's shirt is $5 versus $1.85 for men is because of the different types of shirt," Gaye says. But he says he does make exceptions: "If men wear a polyester like Hawaiian shirt, then they'll have to pay more, too."

Likewise, I asked for prices at Bang Salon in Washington, DC (disclaimer: this is where I get my hair cut). Women's haircuts there range from $39 to $59, while men's cuts range from $34 to $45 (though one receptionist told me some of the salon's stylists independently choose to charge men and women the same).

However, there are arguably a few factors at work here. Women on the whole have longer hair than men's, and longer hair takes more of the stylist's time to cut and blow-dry, as well as more hair product. Furthermore, men — who are more likely to have short hair — will more likely be back to the salon more often for touch-ups.

But of course a salon could choose to charge based on length rather than gender (and if you look, you can find a few examples of those that do). Women with shorter haircuts seem to be getting ripped off at many salons. 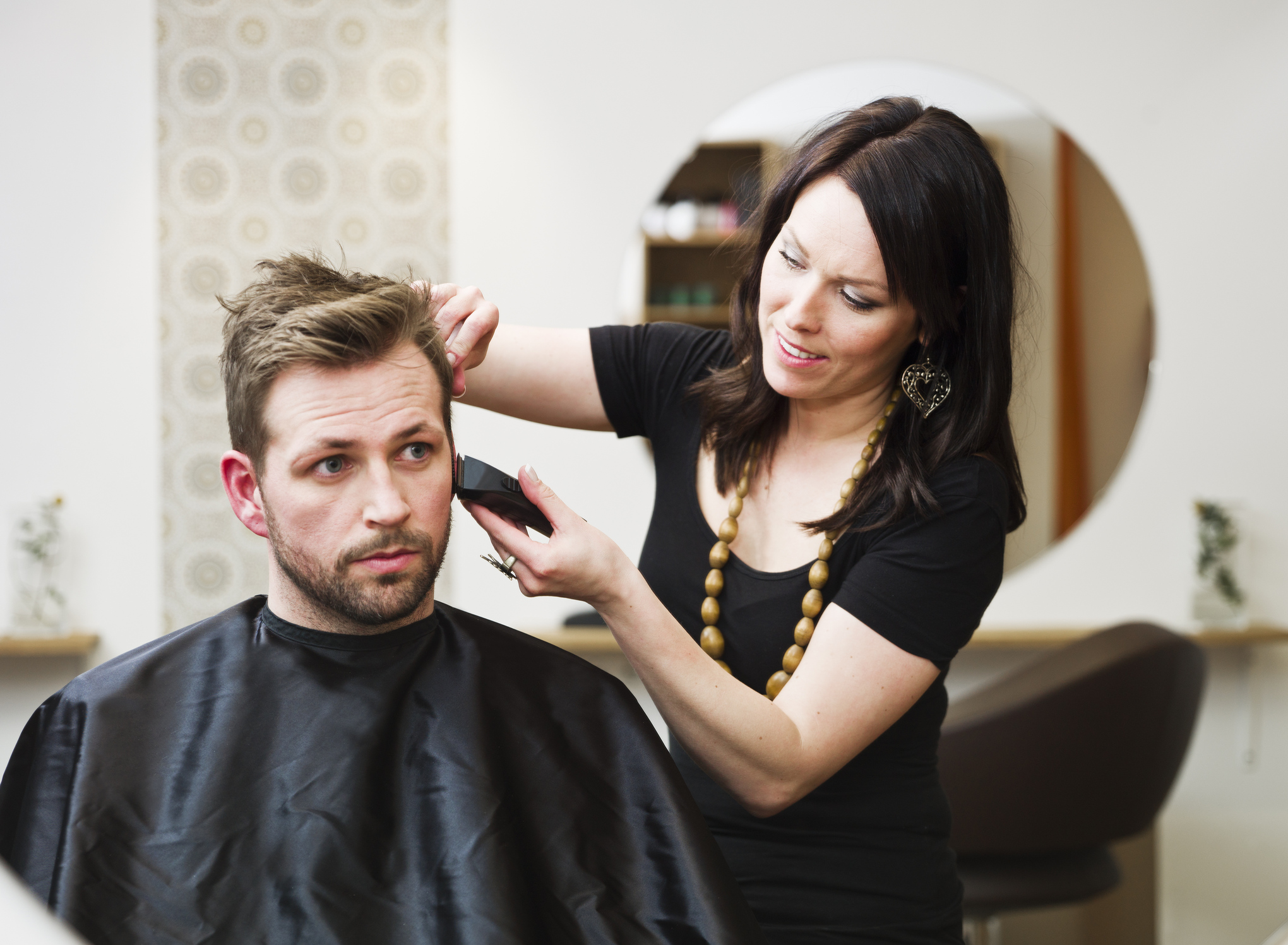 Lady. This guy pays way less for a haircut than you do. (Shutterstock)

Of course, there's an obvious answer here: society expects women to look a certain way. Put into economics terms, there's a higher return on investment for beauty for women. Beauty products are becoming more popular among men, it's true, but expensive skin cream is still optional. For women, all those trappings are more necessary.

"Grooming for men is almost seen as either a very elite activity — so you're talking about a very elite group of people who are always very well-groomed," says Annamma Joy, professor of marketing at the University of British Columbia. Meanwhile, women of all classes feel pressured to wear jewelry and makeup.

Why do women do it? To belong to their gender, says Joy. Women play out their gender by wearing lipstick and all sorts of frilly shirts that don't dry-clean easily. And to a certain degree, says Joy, that makes them happy.

The problem is that it can cost a lot. Playing out this part today can involve having a makeup bag full of products whose total value could buy a week of groceries.

And that matters well beyond your bank account balance, because it reinforces socially constructed notions of what it means to be a woman.

"There is an irony here, of course," write the authors of that 2011 study. "If women and men really were essentially different, there would be little need to prove this on a daily basis through clothing or products."

So if it's hard to get angry about tiny sticks of expensive deodorant, think about it this way: you're paying extra to play a made-up role that society pays you less for inhabiting.

And women pay in time as well as money: women spend nearly 50 percent more time on grooming and personal care every day than men do, according to the American Time Use Survey — 38 minutes for men, 56 minutes for women. That 18 minutes per day comes out to nearly 110 extra hours per year — time women could spend writing novels or curing cancer or smashing the patriarchy.

So what to do? 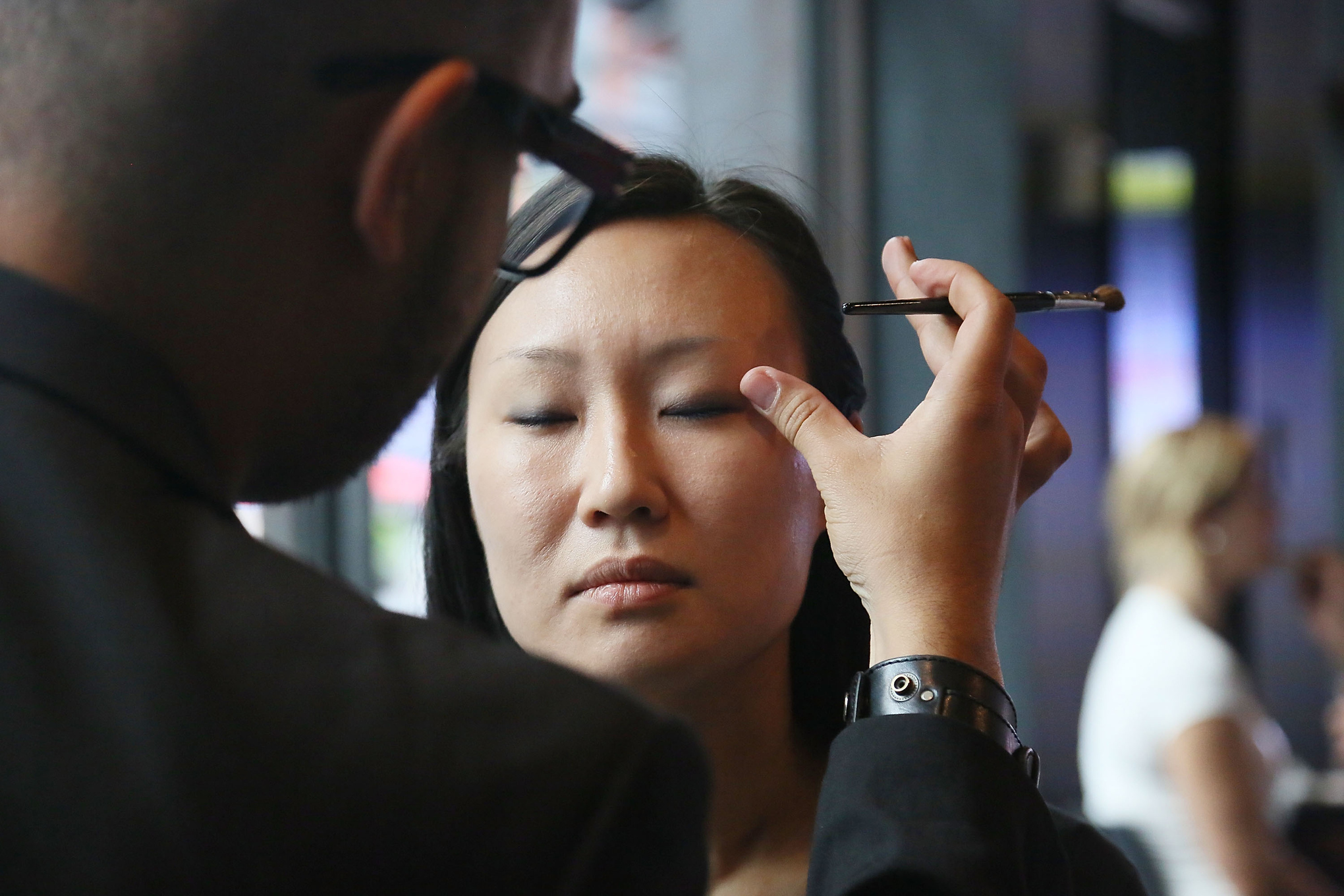 A man helps a woman perform her gender. (Getty Images)

If you don't feel up to changing entrenched gender attitudes today, you can at least keep an eye on your own wallet. That 2010 Consumer Reports article advocated looking at product, not price — see if the triple-blade lady razors are more expensive than the triple-bladed guys' versions. The same blades are often used in men's and women's razors, the same active ingredients are in many deodorants, and the same ingredients are in many moisturizers and sunblocks.

And some hair salons do charge not based on gender but on hair length. If I wanted to go for a pixie cut this summer, I could wander over to VSL Salon, where men's and women's cuts cost the same (blow-drying aside).

Aside from that, maybe start telling the men in your office how great Hawaiian shirts would look on them and hope to spark a trend.