Share All sharing options for: This is the perfect answer to people who say they don't want Muslims on their flight

Americans who complain about Muslim passengers on their flight aren't just being intolerant — they're factually incorrect about who, statistically speaking, is more likely to be a danger to them.

So when this guy said on Twitter that he didn't want to fly with "a guy with a turban" (a common Islamophobic stereotype in the US, even though turbans are worn by Sikhs, a religious group that originated in what is today India, and not by Muslims) ... 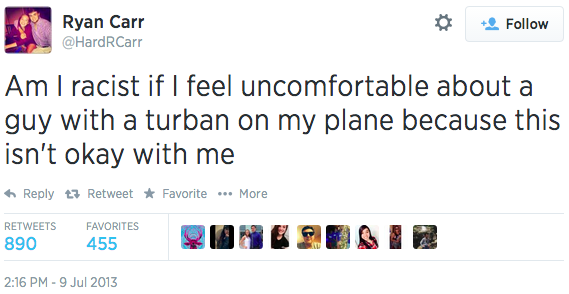 ... an American musician named Ashishpal Singh had the perfect response: 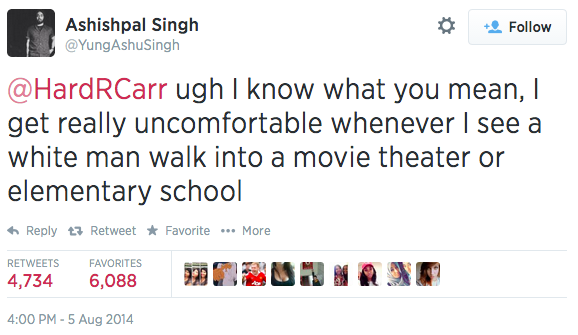 The number of Americans who have been killed by Islamic extremists in the United States since September 2001 is just 21 — less than two per year — and none of them on airplanes. Statistically speaking, you're several times more likely to be fatally attacked on an American schoolyard: in just the year and a half since the December 2012 Sandy Hook attack, 28 people have been killed in US school shootings. And meanwhile, right-wing extremists — virtually all of them white — have killed 37 people since 2001.