The case for a maximum wage

Share All sharing options for: The case for a maximum wage

Minimum wages are a perennially controversial topic in the politics of countries all around the world. And yet despite the debate, virtually all developed countries have a minimum wage either set by law or set quasi-legally through an industry collective bargaining process.

Yet, as British economist Simon Wren-Lewis noted in July, discussion of the minimum wage's natural complement — the maximum wage — is taboo in most circles. But the case for a maximum wage or something very much like it — say, a confiscatory marginal tax rate far too high to raise meaningful revenue — is surprisingly strong. 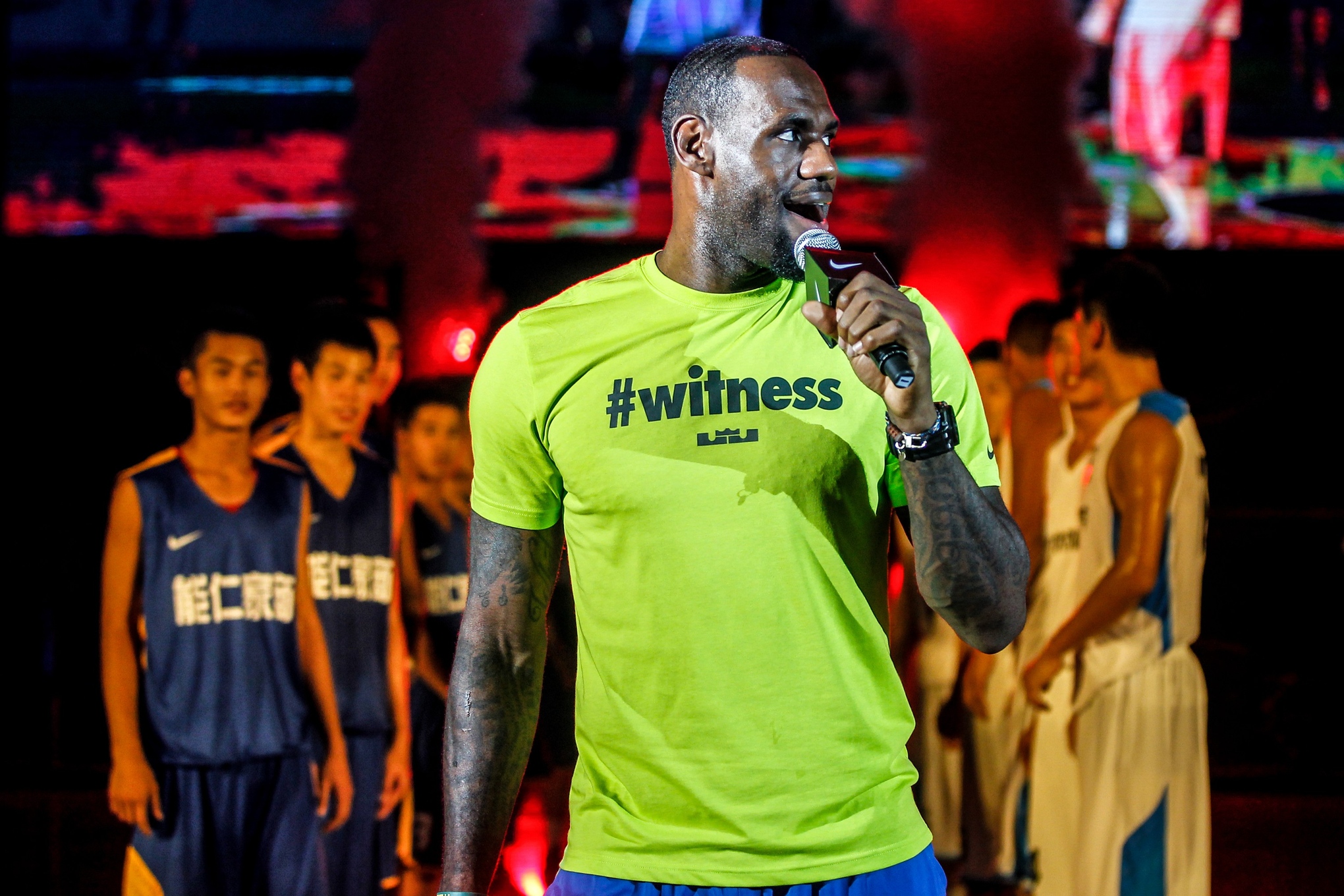 One place to look to understand the implications of the maximum wage is an industry that actually has a maximum wage: professional basketball.

The rules governing the NBA salary structure are extremely complicated, but one feature of them is a limit ("the max") on how big a contract any given player can receive. This is why things like LeBron James' bouts of free agency become such unpredictable events. The market for James' services is not an auction in which he ends up playing for the highest bidder. Instead, all bids are capped at the maximum wage, and every owner with half a brain would gladly pay James (or Kevin Durant or Chris Paul or a handful of other megastars) the maximum salary, so the ultimate decision comes down to non-monetary factors like teammates and title chances.

But basketball is still a business, and the maximum wage has economic ripple effects.

In particular, it serves to significantly advantage the league's middle class of talent. Since the Cleveland Cavaliers didn't need to spend all their available financial resources on James, they had spare cash to bid for the services of lesser (but still skilled!) players. As a result, even though winning in the NBA is typically driven by a handful of dominant stars, even average players are extremely well-compensated. Rookies aside, the league features a ratio of about 20:1 between the highest-paid and worst-paid players, with undistinguished athletes frequently reaping multi-million dollar deals.

The most important lesson, however, is what the maximum salary doesn't do — lead the stars to Go Galt and take their talents to the retirement community.

For starters, the top stars get paid a lot of money! But more than that, it turns out that to be successful at high-level professional basketball requires a certain level of passion for the sport and competitive instinct. Players want to win games and outshine their rivals on the biggest stages. Stars not only play for sub-market wages professionally, but they often play for free for their national team in the Olympics. Top performers like money, but they also take pride in a job well done.

America once had a maximum wage, kind of 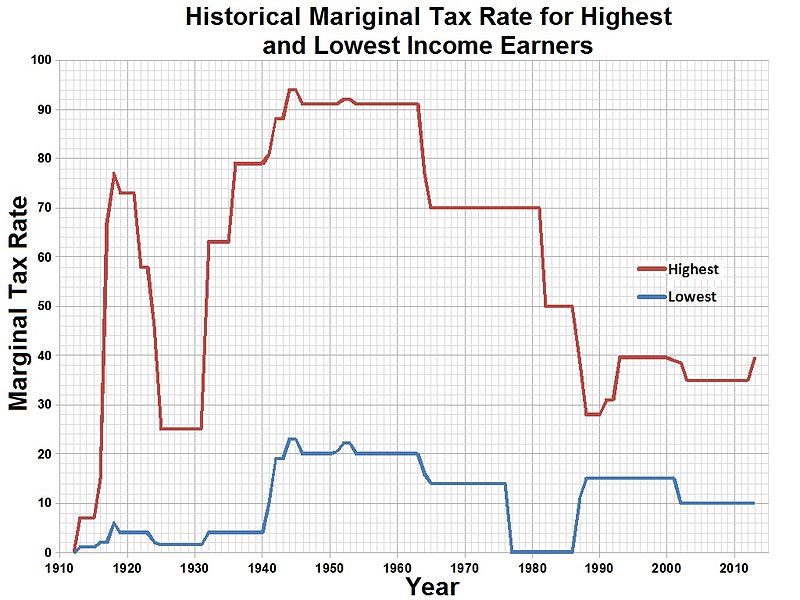 The idea of a maximum wage sounds outlandish today. But though no such maximum wage level has ever been embedded in America law, it's worth noting that until relatively recently we had a de facto maximum wage policy in place.

The Second World War pushed the top marginal tax rate up to 90 percent. The Kennedy administration adjusted that down to 70 percent and there it stood until Ronald Reagan's election.

Neither of those was a formal maximum. But they acted as a maximum wage. During the 90 percent top income tax rate, for a firm to put an extra $100 in the pocket of a top executive required them to pay onother $1,000 in salary. Rather than send $900 to Uncle Sam to pay a CFO an extra $100, it makes more sense to give modest raises to five separate middle managers — putting more money in the pockets of your workforce and less in the pockets of the federal government.

And the thing about this high tax policy regime is that it worked pretty well!

Those changes included, among other things, a shift to a new tax policy regime that no longer sought to deter high salaries and promote an egalitarian distribution of market income. The thinking was that more inequality would create better financial incentives and more rapid economic growth. A rising tide would lift all boats, and nobody would miss equality in the midst of broad-based prosperity. 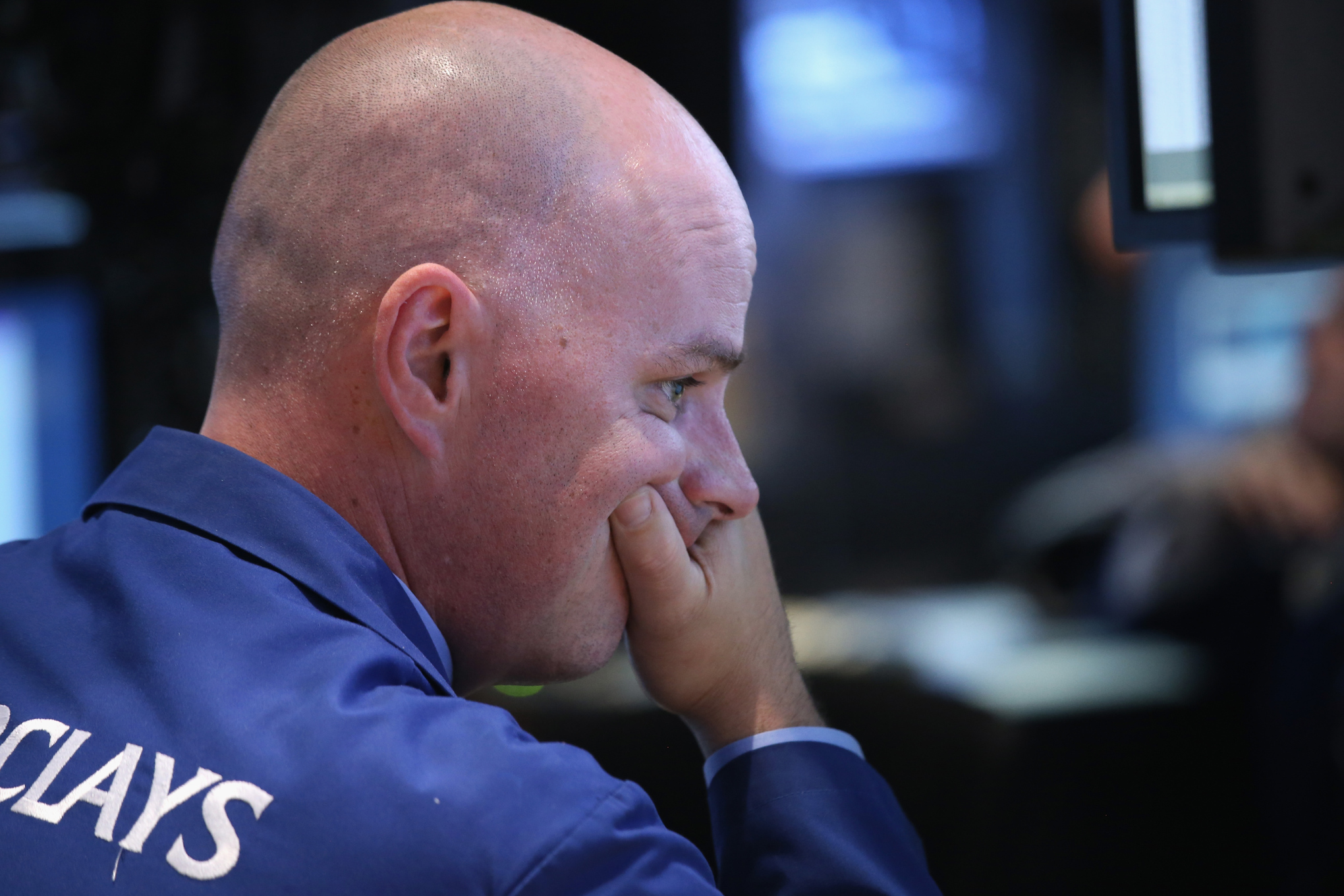 Maybe this guy could teach math instead (John Moore/Getty)

Over the past 35 years we have gotten the inequality that Reagan promised. What hasn't been forthcoming is the more rapid economic growth.

A maximum wage would definitely help solve inequality: firms would spend less on bidding up the pay for the richest workers and that would free up more resources for middle-class salaries. And it is now a commonplace of progressive discourse to argue that executive compensation growth largely reflects rent-seeking that could be rolled back without impairing managerial talent. But there is actually some reason to believe that a maximum wage could improve growth outcomes and help up bring back some of the higher growth rates experienced before the late 1970s.

The key reason for believing this might be possible comes to us from a paper by economists Benjamin Lockwood, Charles Nathanson, and Glen Weyl. They observe that not all jobs are created equal.

What Lockwood, Nathanson, and Weyl find is that by increasing the financial incentive for top talent to pursue careers in finance and law rather than teaching and research, the Reagan tax reforms reduced overall economic output while increasing the pre-tax share of income earned by top earners. In other words, rather than giving the middle class a smaller slice of a bigger pie and making everyone better off, these reforms gave the rich a larger slice of a smaller pie and made only them better off.

Bringing back the notion of a cap or near-cap on wages, in other words, could make the country more prosperous and make prosperity more broadly shared. A related issue is raised by Facundo Alvaredo, Anthony Atikinson, Thomas Piketty, and Emmanuel Saez who find that lower tax rates have shifted incentives for executives at big companies such that effort is now "diverted to increasing their remuneration at the expense of enterprise growth and employment." In other words, in a high-tax regime executives compete to run the biggest, best company for pride and glory whereas in a low-tax regime they compete to take home the biggest paycheck. 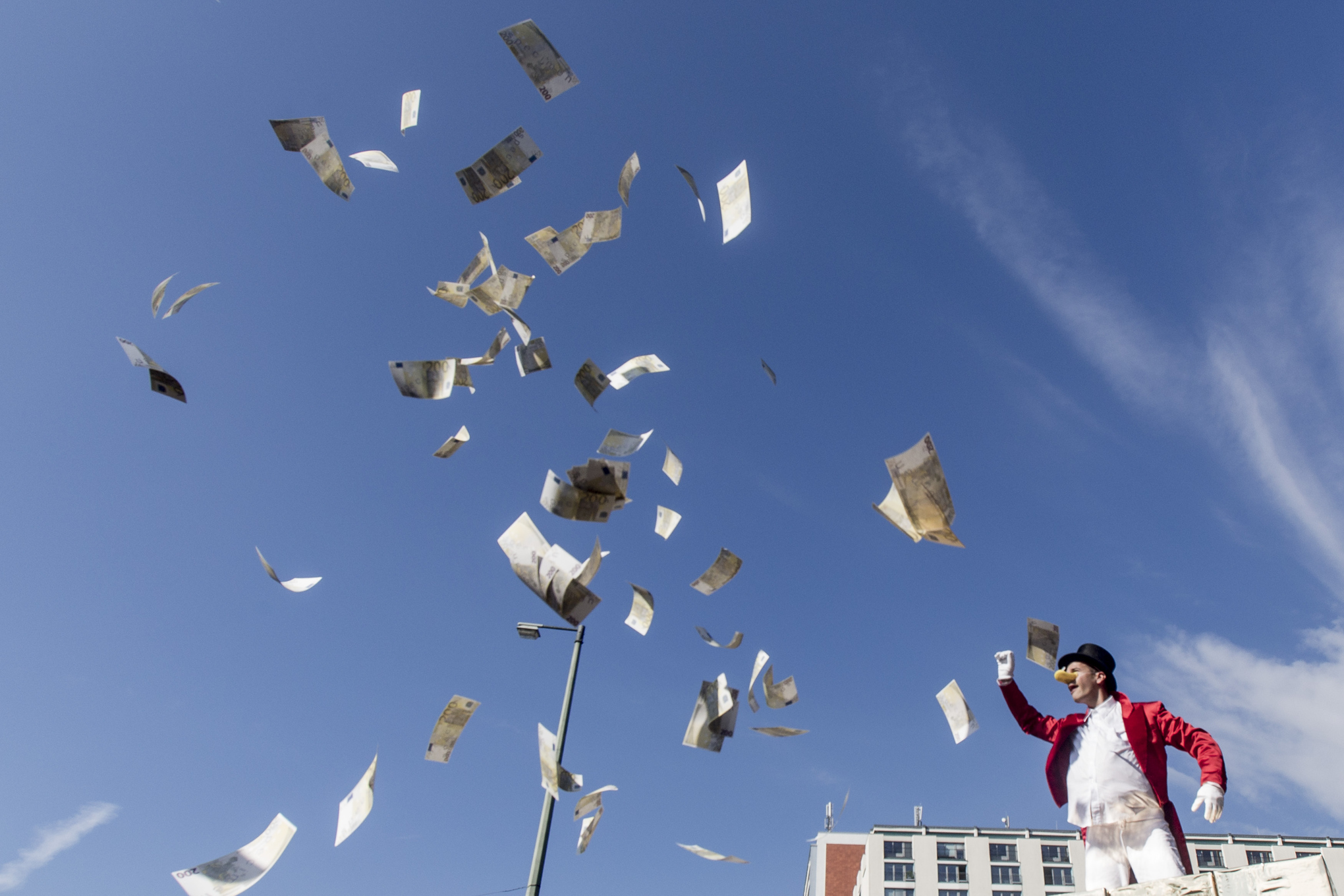 Of course, it's one thing to say that the country should try to cap top-earners' wages and another thing entire to say exactly what a maximum wage policy should look like. The basic reality is that as with a minimum wage, the correct answer needs to be determined empirically. At the moment, there is very little research available on the subject to guide our thinking, and so little has been done in policy terms that there isn't even much empirical information to research.

Another issue is that the precise terms of the maximum wage policy need to be ironed out.

Though it will rankle some, capital gains income will almost certainly have to be excluded from the policy. To do otherwise would create a massive disincentive for wealthy people to ever sell the things they own — preventing the reallocation of capital to more productive uses. But the differential treatment will create a large loophole that people will seek to exploit. Already hedge fund managers have found ways to characterize what is clearly a form of management fees as a form of investment income in order to enjoy a lower tax rate. Closing that loophole and similar ones should be a priority.

One good starting point toward a maximum wage policy would be revisit a 1993 law intended to curb CEO pay. The rule in question said that executive salaries of over $1,000,000 a year could not be deducted from companies' corporate income tax bill. That would be a powerful reason to pay less and redistribute resources inside the firm. But the rule had a gigantic loophole: performance-based pay is exempted.

It's trivial to classify CEO pay as performance-based pay. So these days CEOs are paid more than ever before and whatever they happen to do is deemed excellent performance. Rewriting section 162(m) of the law to have a higher threshold ($10 million?) with no performance loophole would put a dent in the problem, and also generate some potentially relevant data.

But eventually the goal is to impose a new super-high top marginal income tax rate — something like the old 90 percent top rate — at a very high income threshold. 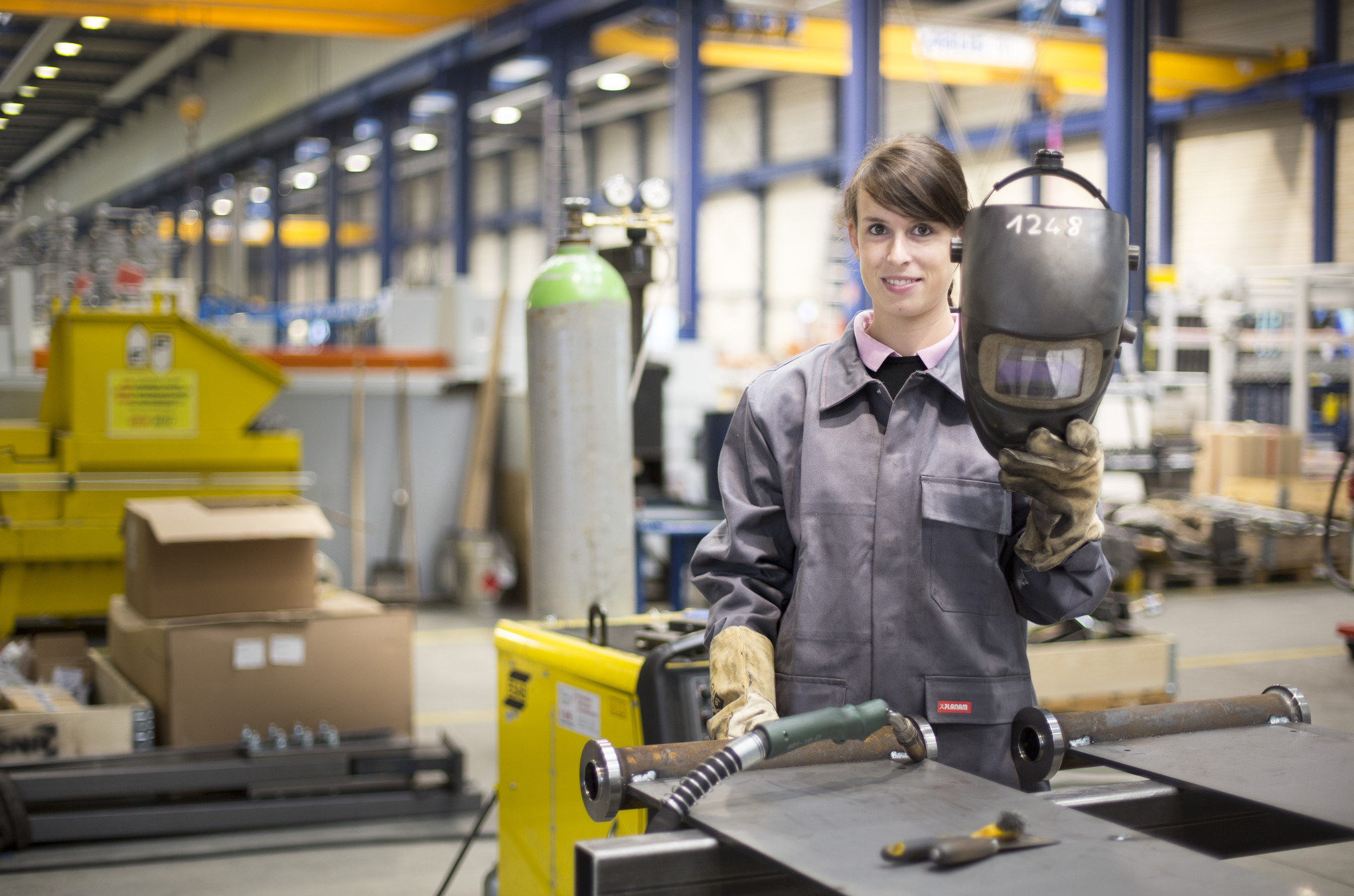 Only time and research will tell us exactly what the right numbers are. But here are two guiding principles. The super-tax should attempt to bend the Laffer Curve and modestly reduce the amount of federal tax revenue, and the super-tax should try to avoid seriously reducing the number of hours people work.

What you want to do is levy a tax rate that's high enough that almost nobody pays it. But you also want the tax threshold to be high enough that it doesn't induce doctors to see fewer patients and spend more time on vacation. The idea is to nudge corporate executives and big-time finance guys to pay themselves less. For executives, that will leave more money in corporate treasuries to spend on other workers or new investments. For finance, it will leave talented individuals with less-lucrative but more socially-useful careers to pursue.

This is counterintuitive to policymakers who mostly think of taxes as ways to raise revenue. But if you're trying to create a maximum wage then a tax rate that people are paying is a tax rate that's too low. At the same time, a tax rate that's convincing extremely productive workers to simply stop working as hard is hurting the country rather than helping. You want to get in that NBA sweet spot where top CEOs, like top athletes, will still work hard for the sake of money and glory and competition but a larger share of the enterprise's financial rewards flow to the middle class.